What was the Spiritual and Religious use of Psychedelics in History?

Introduction to the spiritual and religious usage of psychedelics

It is said that humanity has two histories: history as we know it through writing, and the unknown history that came before, passed on only through spoken word.

This is no different from psychedelics.

Mention of the ritualistic consumption of drugs, both psychedelic, and non-psychedelic, is present in the history of most religions. And while the true beginnings of psychedelic consumption may be lost in prehistory, it is clear that they have been used for thousands of years worldwide.

This has led some people to believe in the ‘entheogen theory’, which proposes that psychedelic substances played a major role in the development of religion. Whether or not this theory is true, many psychedelic ceremonies continue to this day, with numerous cultures ritualistically using them to achieve religious or spiritual revelation. 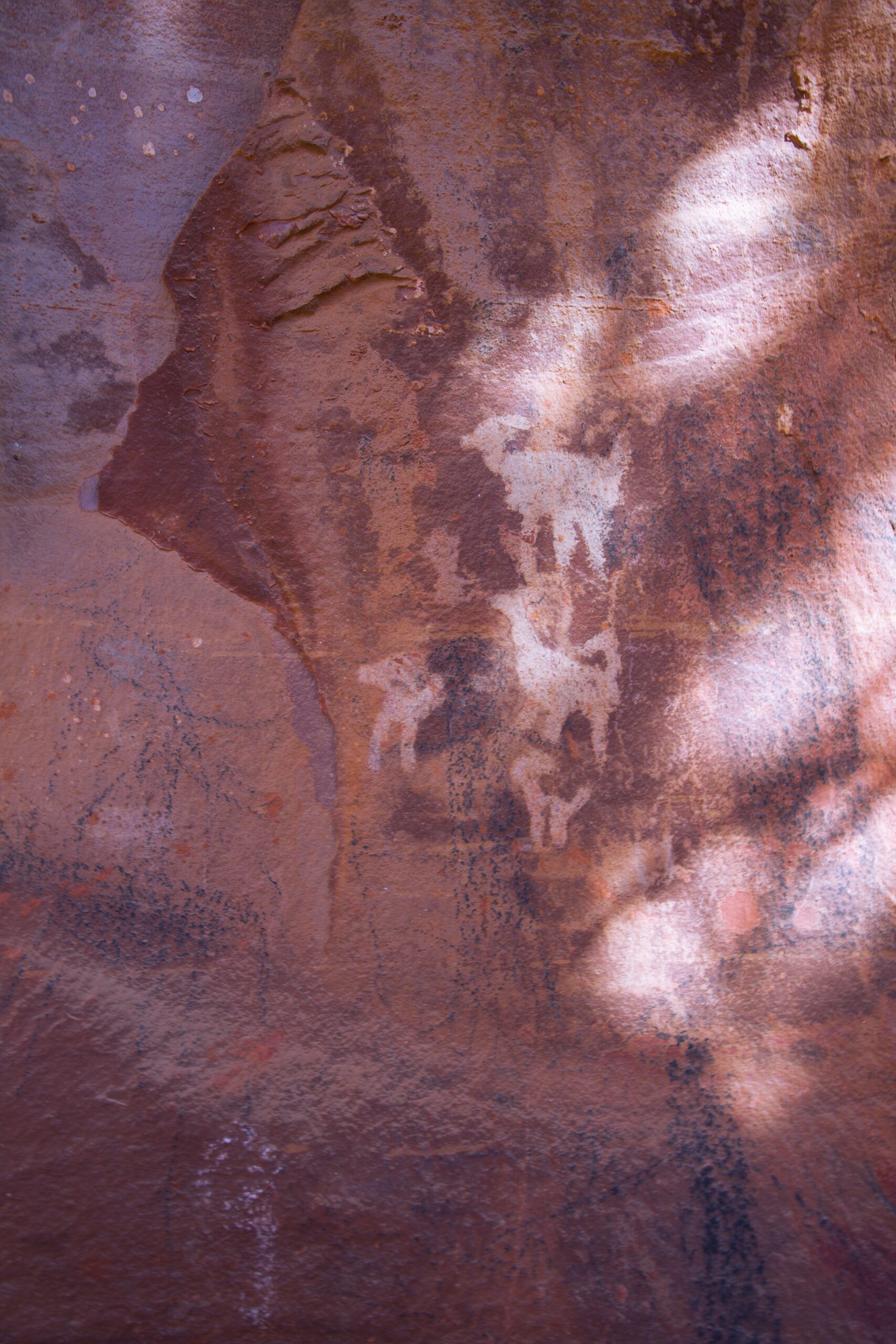 The Eleusinian Mysteries in Ancient Greece

Fourteen miles from Athens lies the small town of Eleusis, which once housed the Temple of Eleusis, an ancient temple to Demeter – the Greek Goddess of Nature and Agriculture.

Seen as the most important ritual site in ancient Athens, today, it is better known as the site of the Eleusinian Mysteries.

Held annually for over 2000 years, the Eleusinian Mysteries were 10-day-long sacred rituals that influenced many ancient thinkers, such as Socrates, Plato, Aristotle, and Marcus Aurelius.

After days of fasting and ritual dancing, initiates would drink kykeon, a thick drink with seemingly mind-altering and vision-inducing capabilities.

As speaking about these events with the uninitiated was punishable by death, many details of the Mysteries remain unclear. Nonetheless, kykeon has been greatly debated among historians, with circumstantial evidence pointing to it being a psychedelic substance. 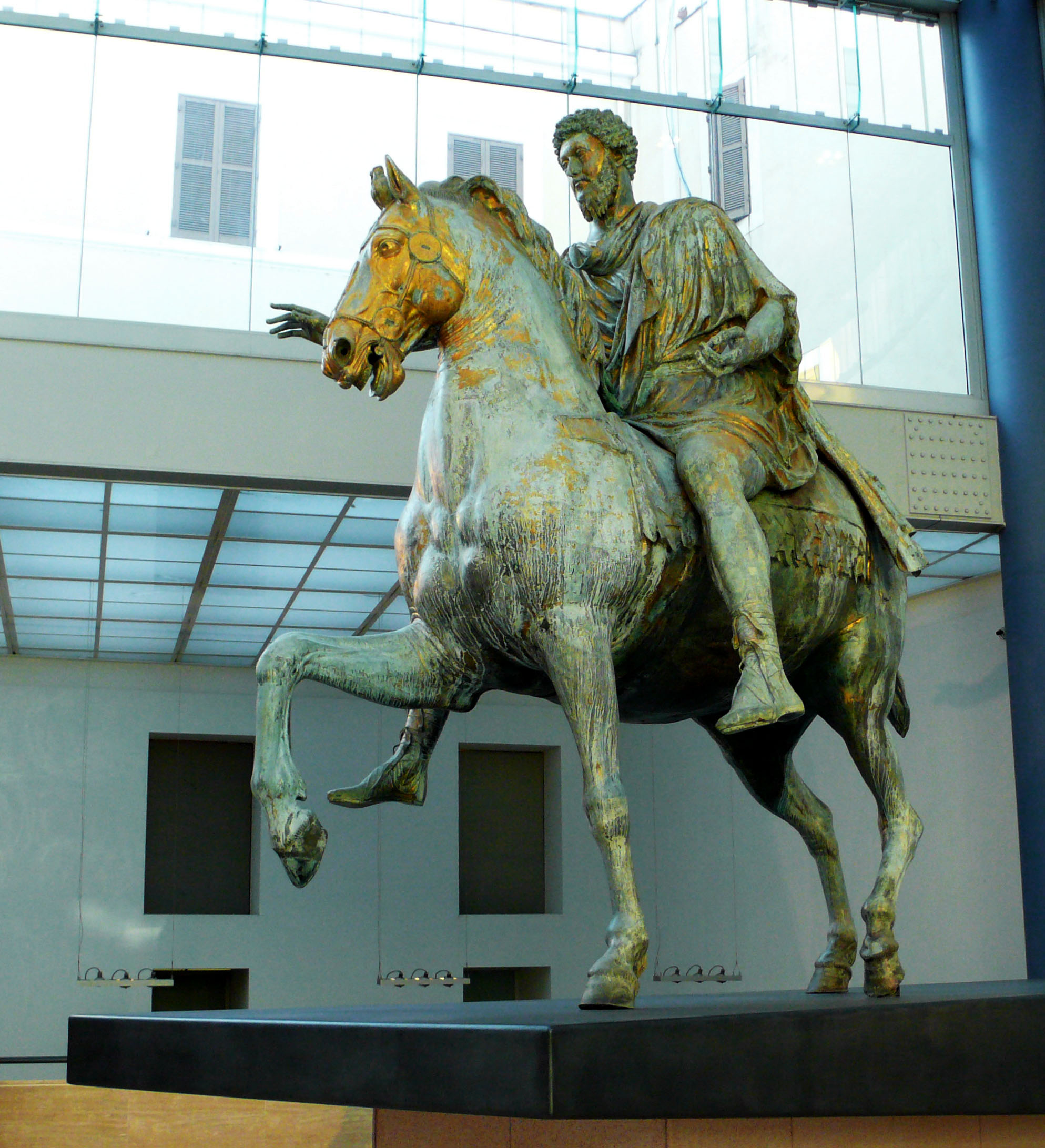 Hints at the ceremonial use of psychedelic mushrooms reach far back into pre-Columbian times2 – the era before there were drastic European influences on the American continent.

Religious practices with sacred mushrooms extend from the Valley of Mexico to the rest of Central America – the discovery of so-called mushroom stones in El Salvador, Guatemala, and Mexico hinted at the possibility of a mushroom cult in the Mayan and Aztec cultures.

These psychedelic mushrooms were used in numerous rituals and ceremonies, either pure, mixed with mescal – a fermented agave beverage – or with chocolate.

When Christian missionaries witnessed these people undergo their inebriating rituals, however, they deemed it to be the Devil’s work – thus going to great lengths to try to suppress the practice. While they succeeded in doing this, it was only partially, as Indians continued utilizing their sacred mushroom for numerous purposes. 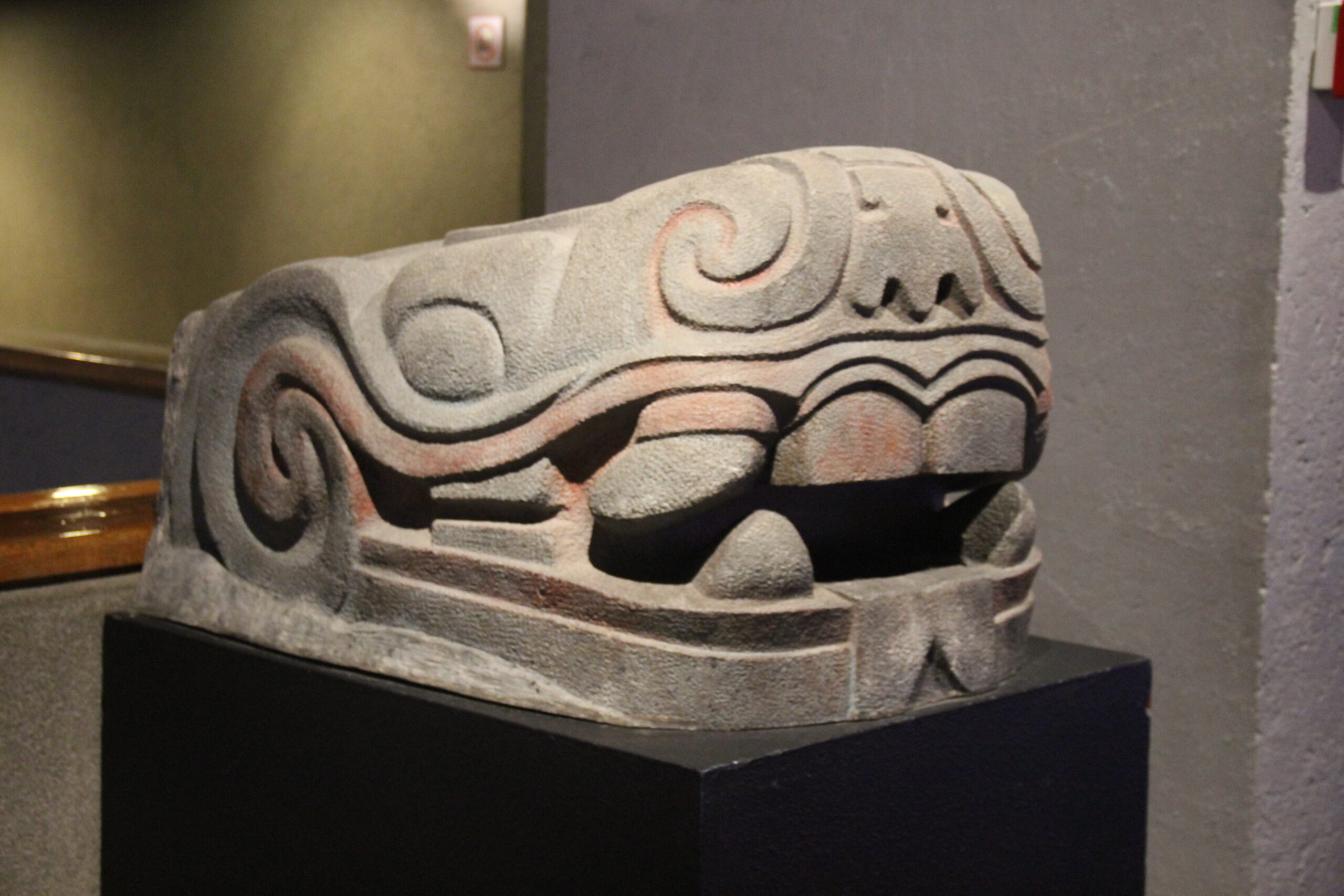 Several thousand years ago, the Rig Veda was compiled in northern India. The book consists of a collection of 1028 hymns, of which 120 are dedicated to praising a strange plant named soma.

The verses describe soma as a plant from which a potion could be made. This potion was believed to grant the gods their powers. In art, Hindu gods are often shown holding a cup of it. And mortals believed they could use the drink to become immortal and communicate with the gods.

One verse goes as follows: ‘We have drunk Soma and become immortal; we have attained the light, the Gods discovered’.

The psychedelic beverage ayahuasca is seen as one of the most important plant medicines in the Amazon basin. While it contains DMT, a Schedule 1 drug, the brew is legal in most of Northern Latin America, where it is used in numerous shamanic rituals.

Ayahuasca is a Quechua word – the language of the Inca Empire. Roughly translated, it means vine of the dead or vine of souls.

Ayahuasca practitioners consider the brew to be a sacred plant medicine – its psychedelic visions promote healing.

Brazilian syncretic Christian churches, such as União de Vegetal, or Union of the Plants, and Santo Daime – which blend Christianity and traditional healing – are sometimes also called ayahuasca churches as ayahuasca ceremonies make up a large part of their religious traditions.

These churches are also active in the U.S., where the religious use of ayahuasca was legalized in a 2006 ruling by the Supreme Court based on the churches’ religious freedom.

Peyote is a mescaline-containing psychedelic cactus. The term comes from the Nahuatl word peyotl, which means divine messenger. Nahuatl is the language of the Aztecs.

After discovering that consuming the tops of the peyote cactus can induce seemingly supernatural visions, Indigenous groups in Mexico began using it in night-long ceremonies and healing rituals – with North-American archaeological evidence indicating that the usage goes back over 5000 years.

Unfortunately, peyotism has a long history of being persecuted. After it was banned in the U.S. in the 1880s, peyote groups spent numerous decades fighting its prohibition.

In the 1990s, the Native American Church – which blends traditional Native American philosophy with Christian teachings – won an exemption to use peyote for ceremonial purposes through The American Indian Religious Freedom Act. Its members continue to use it as a sacred medicine to this day. 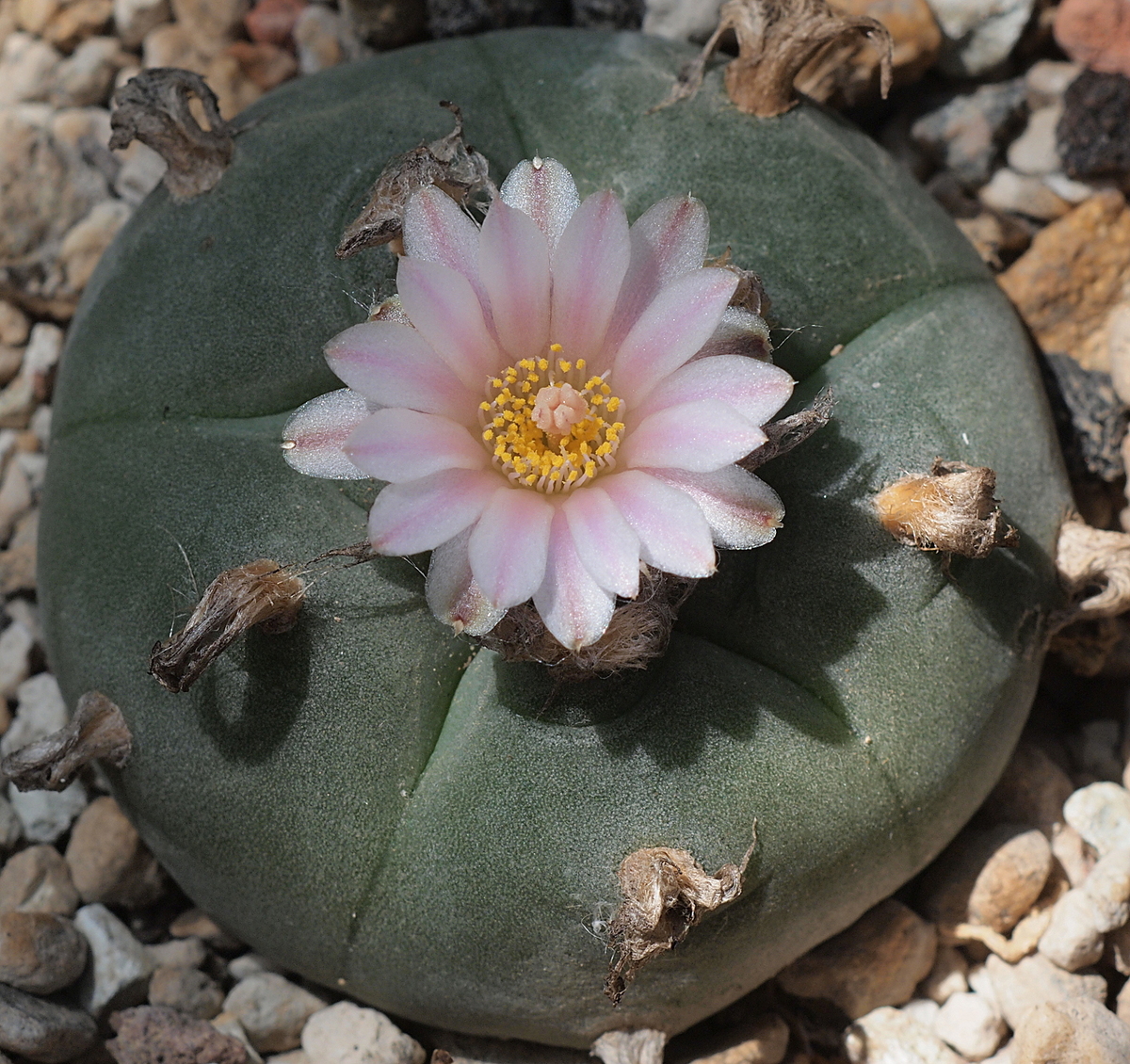 The Bwiti tradition has been practiced among many indigenous West African tribes for thousands of years. While each of these tribes has its own particular set of customs, one thing is always present: the ceremonial use of Iboga – a powerful psychedelic stimulant derived from the root of the iboga tree.

Referred to as the sacred wood, the Bwiti consider Iboga to be a divine medicine and teacher that serves as a bridge to the ancestors.

While small quantities are consumed during healing ceremonies and for hunting purposes – keeping hunters awake and alert for long periods – initiation rites involve huge, visionary doses which are large enough to induce a deep state of coma. It is believed that the novice’s soul makes a trip into the other world during this time to communicate with the ancestors. Cases have been reported of people never waking from this state of unconsciousness, dying in the ceremony. 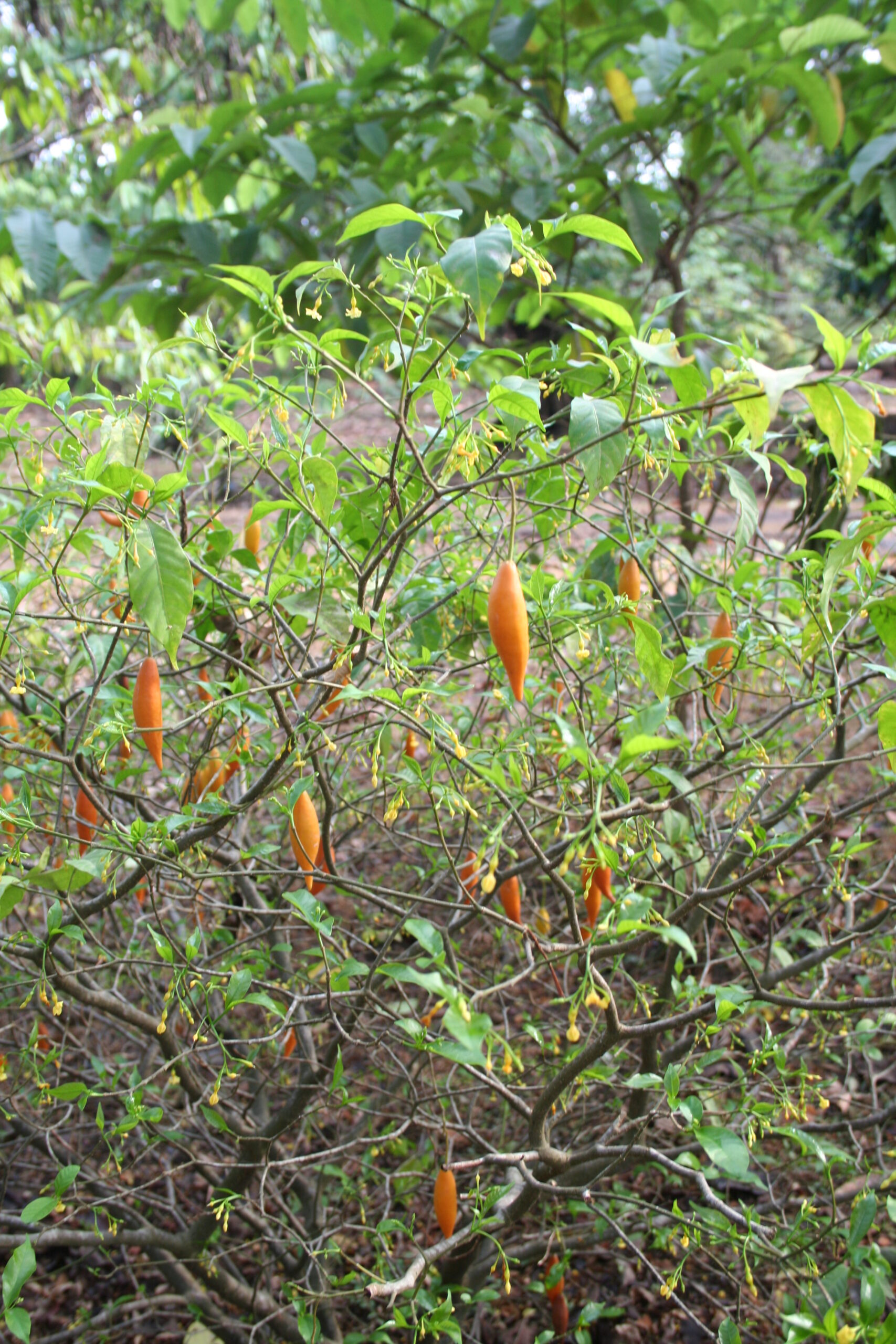 The mystical-type experiences induced by psychedelics make them a popular choice for those who wish to deepen their spiritual and religious beliefs. But what about those who don’t believe in a god or something more beyond the natural world?

Naturalism is the belief that only the laws and rules of nature operate in the universe, something many agnostics and atheists around the world believe.

Some naturalists consider the key elements of psychedelic spirituality to be compatible with such a worldview, such as feelings of connectedness to the natural world and the disidentification of the self. These experiences may include emotions typical of a mystical-like experience, such as awe, wonder, and mystery, but a naturalist may not necessarily tie them to supernatural beliefs.

While spiritual and religious beliefs certainly play a role in shaping an individual’s psychedelic experience, there is clearly space for all types of belief systems in accessing psychedelic substances’ transformational effects.