Kinnuverse » Science » Psychedelics » What are the Potential Dangers of using Psychedelics?

What are the Potential Dangers of using Psychedelics?

Psychedelics can bring about beautiful things, but what about the other side of the coin – like bad trips, permanent psychosis, and addiction? 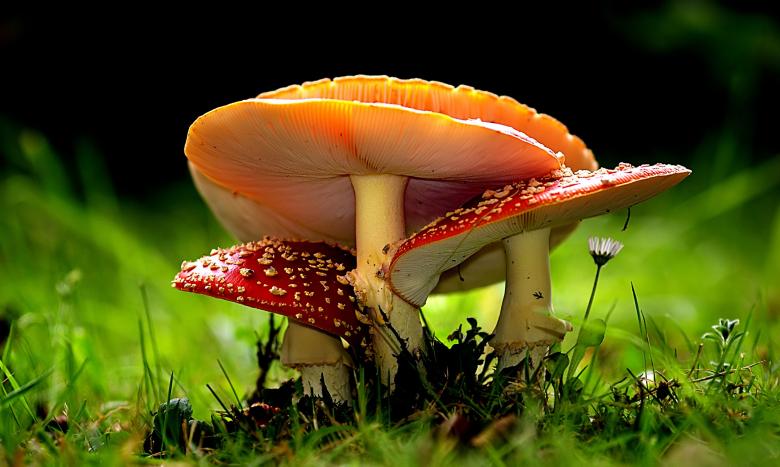 If a blissful psychedelic trip feels like heaven, then the flip side of that coin – a bad trip – can feel like hell.

Bad trips are negative psychological reactions to psychedelics, which may include anxiety, confusion, panic attacks, disturbing thoughts, or paranoia. The exact content of these frightening experiences is individual, but feelings of losing yourself or going crazy are key features.

While adequate mental preparation and a comfortable environment greatly minimize this risk, it does not always guarantee that a psychedelic experience will go smoothly.

However, despite the difficult feelings and thoughts encountered, many people later consider their bad trips as personally beneficial experiences that provided them with life-changing insights – with some psychonauts living by the notion that “there are no ‘bad trips’ only challenging experiences”.

Although this may be true for many, for some, the negative effects and memories of a bad trip can linger for months or even years. 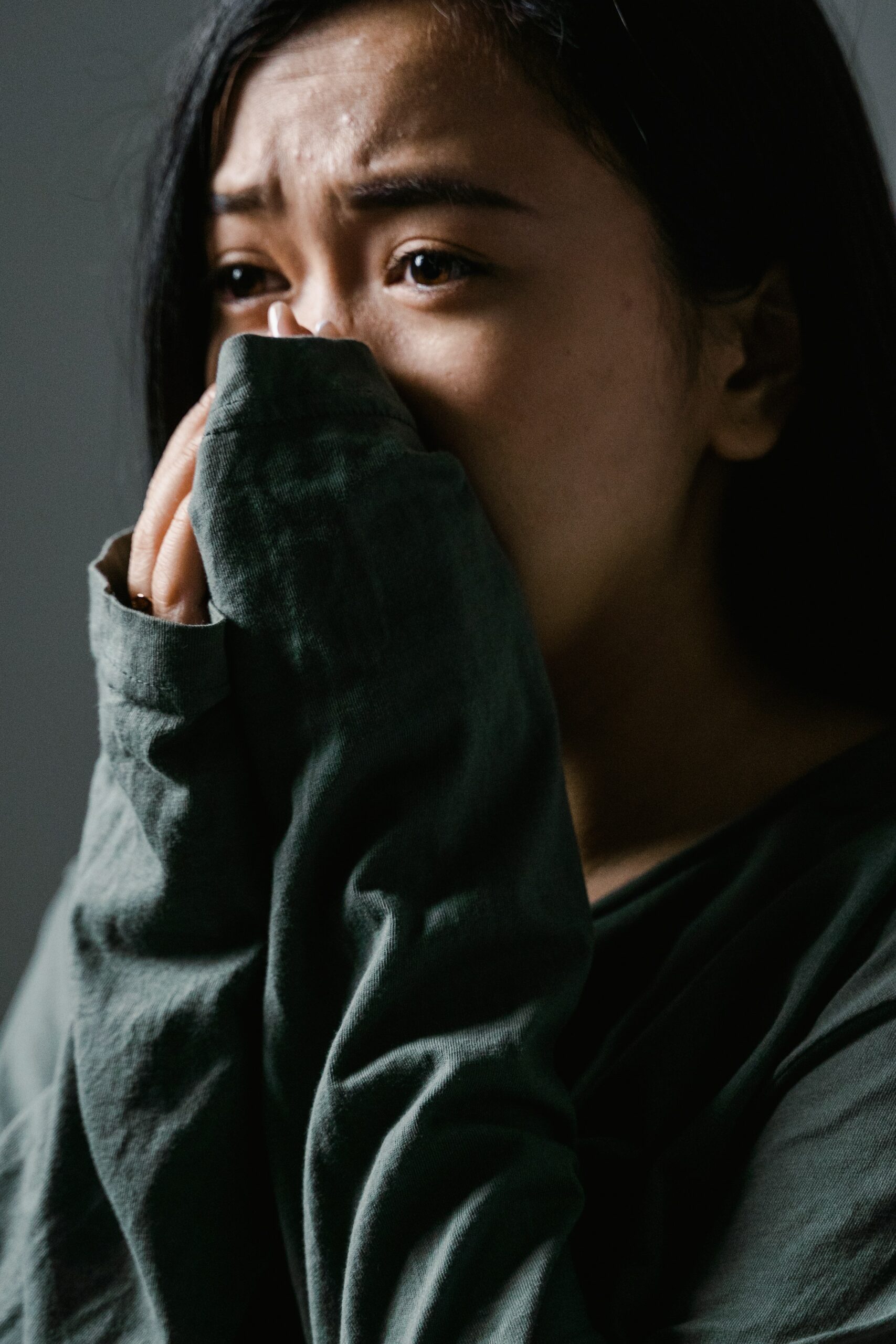 During the prohibitionist years, numerous anti-drug videos were circulated to warn – and scare – the public of psychedelics’ potential dangers.

One of these infamous videos involves a woman tripping on LSD. Believing she can fly, she dramatically jumps out the window and falls to her death.

The video resembles the case of Diane Linkletter, who ended her life by jumping out of a window – a tragic event that her father, the famous radio and television personality, Art Linkletter, blamed on LSD.

While many of these cases turned out to be misleading, psychedelics can cause impairments in judgment, leading to potentially harmful behavior. These behavioral effects are driven by a range of factors, such as paranoia or a distorted belief in one’s abilities, and they can also make everyday behavior more dangerous. For example, the risk of having a car accident or getting lost while hiking increases while under the influence of psychedelics.

One of the earliest worries about psychedelics was that taking them leads to a permanent psychosis. But can taking psychedelics really cause you to be stuck in a never-ending trip?

Several studies have since shown that these fears are misfounded: you are no more likely to develop psychosis in the long-term if you consume psychedelics than if you don’t.

Psychedelics can also worsen psychotic symptoms in individuals who already experience such symptoms – such as individuals diagnosed with schizophrenia.

For these reasons, psychedelics should not be taken by someone who either experiences psychotic symptoms or has an underlying predisposition towards developing them. 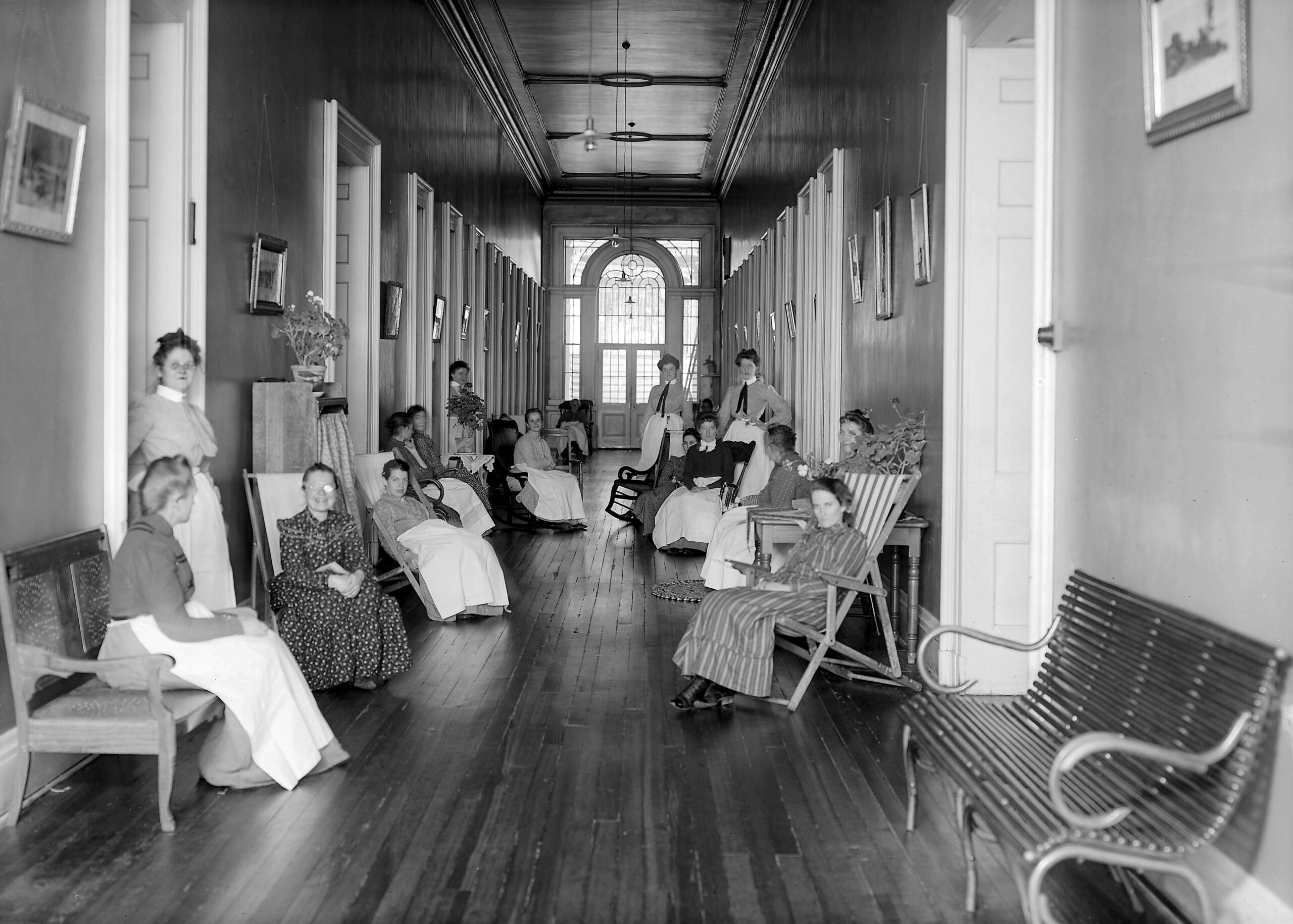 Classic psychedelics, like LSD and psilocybin, are considered relatively safe in how they influence the body. They do not damage organ systems and are physiologically safe even at high doses. While some people may rush to the hospital during a trip because they feel like they are dying or can’t breathe, these effects are almost always a psychological reaction to the drug state with no underlying physiological basis.

However, other psychedelics, like MDMA and ketamine, present more immediate dangers in the short- and long-term.

MDMA causes changes in blood pressure and heart rate, which can increase someone’s risk of stroke or heart attack. Long-term use has been linked to problems in memory, concentration, and heart disease.

When taken in high doses, ketamine may lead to overdose-related problems such as difficulty breathing, vomiting, paralysis, and seizures. Ketamine is also known to cause issues in the bladder and urinary tract in long-term regular users. 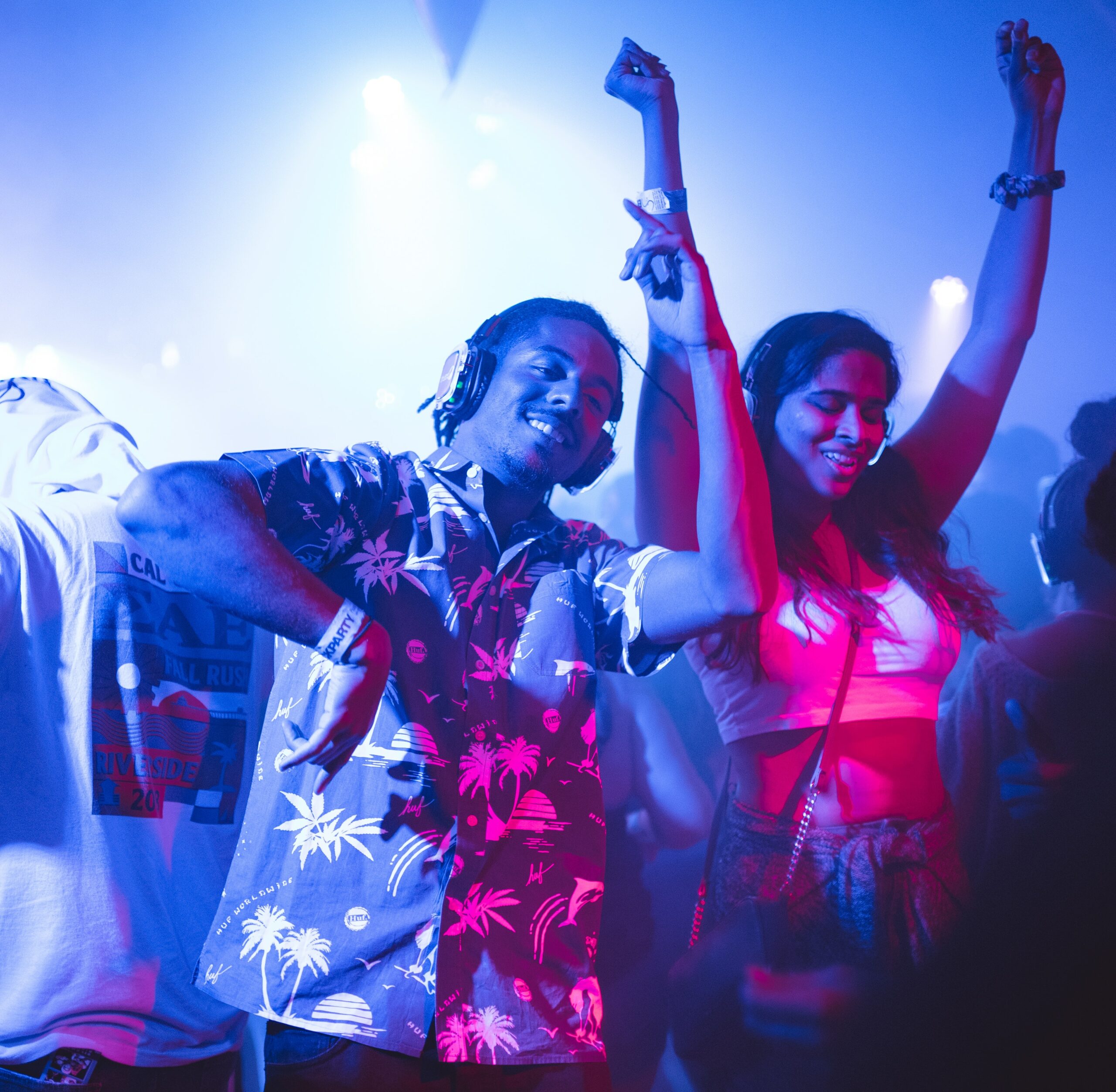 While many people enjoy taking psychedelics for their perceptual effects, in some rare cases, the effects may persist long after a trip is over.

Hallucinogen Persisting Perception Disorder, or HPPD, describes the experience of lasting visual distortions and hallucinations following a psychedelic trip. These may include seeing visual snow, trailing images, or fractals, as well as more general perceptual changes like intensified colors and distortions in the size and movement of objects.

As people are still able to distinguish these effects from their normal everyday perception, HPPD differs from psychosis.

Although there is no recognized treatment and the underlying cause remains poorly understood, over half the cases spontaneously improve after some months. For others, however, the effects can be potentially permanent and cause significant distress and impairment to the individual. The symptoms are often intensified by recreational drug use, such as smoking cannabis or taking further psychedelics.

Are psychedelics addictive? When it comes to the classic psychedelics, the overall risk is considered to be low.

Classic serotonergic psychedelics, like LSD and mushrooms, have an overall low risk for physical dependence and are generally considered non-addictive. In fact, they are often used in conjunction with therapy to treat other forms of substance addiction, like alcohol and tobacco addiction.

Although MDMA’s strong euphoric effect brings an increased potential for addiction and abuse, it is still considered less addictive than other commonly used drugs. While users may report psychological withdrawal symptoms after habitual use, physical withdrawal is relatively mild.

On the other hand, ketamine’s fast-acting and short duration make addiction more likely to develop. Tolerance develops rapidly, causing users to increasingly use more of the substance to reach the same desired effects. In regular users, this may lead to craving and withdrawal.

Fatal interactions with other substances

Ever heard the saying that the sum is greater than the parts? Well, a similar idea can be applied to drug interactions, where mixing psychedelics with other substances can compound the risks involved.

Mixing non-classic psychedelics, like ketamine or MDMA, with other substances, such as alcohol or cocaine, can not only increase negative long-term effects but also the chances of an overdose.

This danger is less present with classic serotonergic psychedelics, such as LSD and psilocybin. However, these come with their own risks, as using them with certain kinds of antidepressants, such as selective serotonin reuptake inhibitors (SSRIs), can lead to serotonin syndrome – a potentially fatal condition caused by an overproduction of serotonin.

Beyond the potentially harmful physiological effects, mixing psychedelics may also increase the chances of having an adverse psychological reaction – a bad trip.

Overall, mixing psychedelics with other drugs presents a whole range of risks and should be approached with extreme caution, if at all. 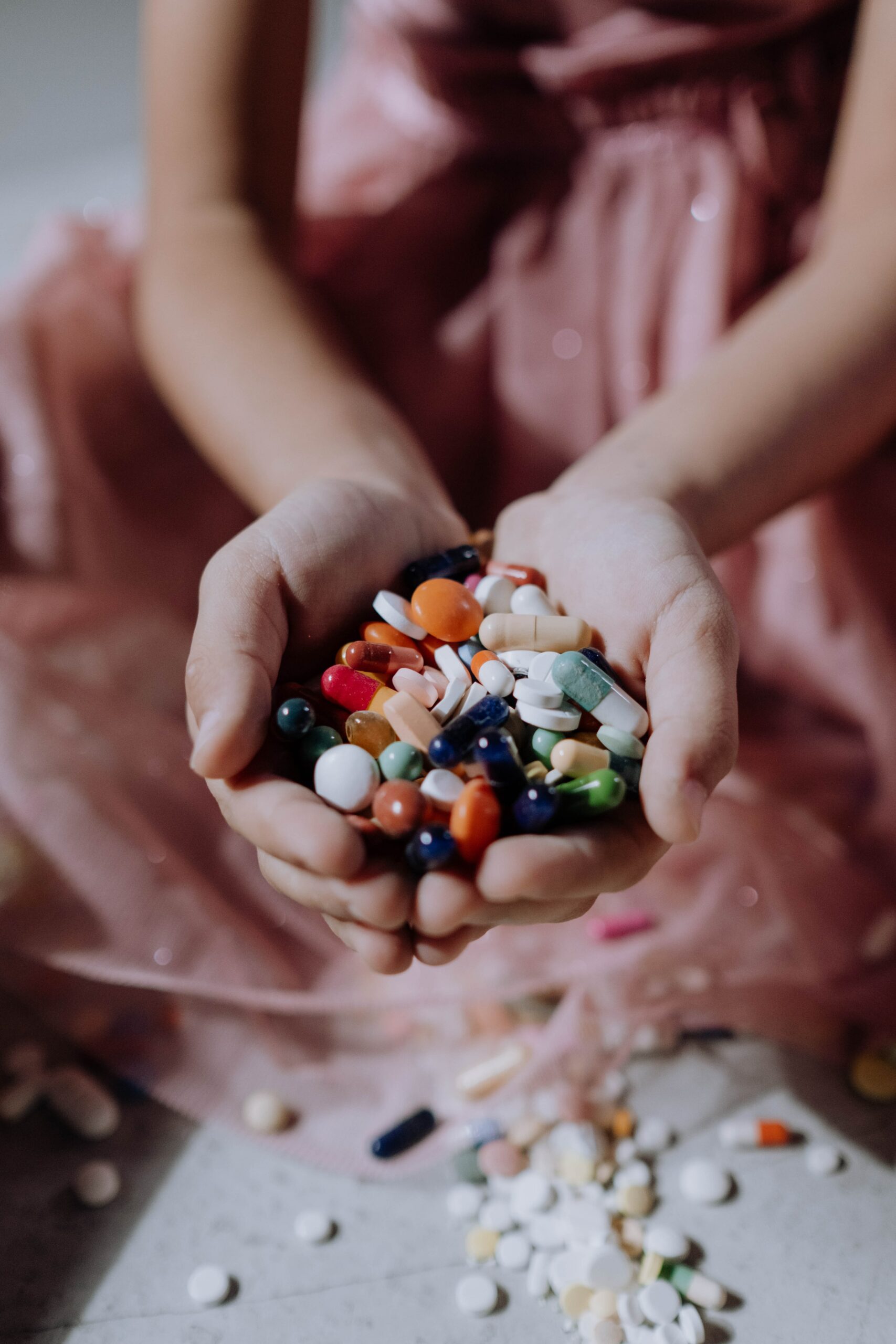 As with other illegally sold substances, psychedelics also risk being laced or adulterated with other ingredients.

Sometimes these adulterants are harmless, such as a dealer adding sugar to MDMA crystals to bulk up the apparent drug quantity.

In other cases, however, adulterants may be added to intensify a substance’s effects, bringing with it new dangers. For example, ketamine laced with fentanyl, a dangerous synthetic opioid, may produce powerful sedative effects but also greatly increases the risk of a fatal overdose.

Adulterants may also be used to replace the active ingredient of a drug entirely by mimicking its psychoactive effects. NBOMe, a synthetic hallucinogen, is sometimes sold as LSD due to their similar subjective effects. But, unlike LSD, NBOMe can be lethal in higher quantities, thus presenting a real danger to unwitting users.

These risks can be minimized by testing drugs to confirm their contents before consuming them – though this is not easy for most casual users.