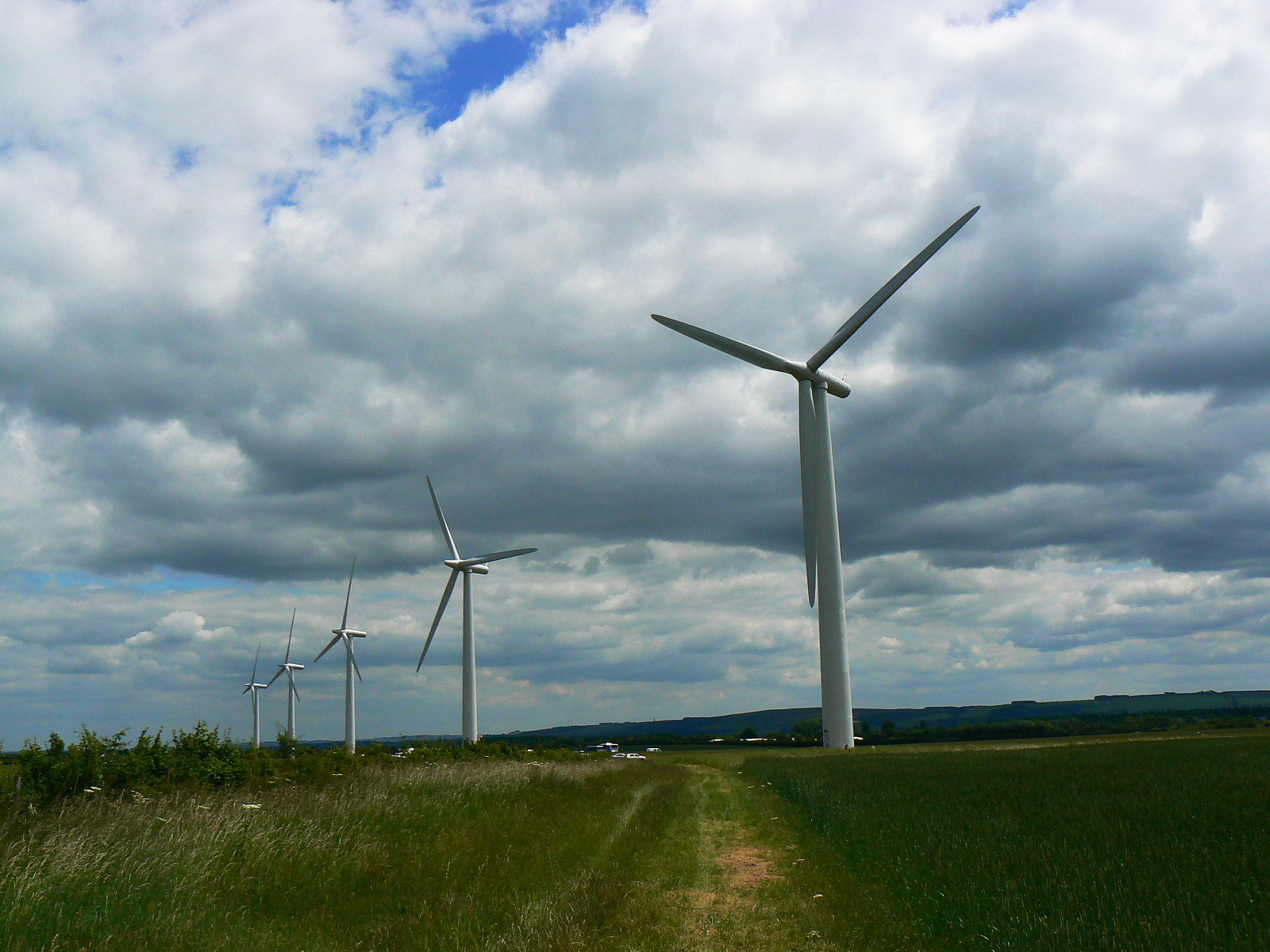 What is a Carbon Footprint?

Carbon footprint is a measure of the total amount of greenhouse gasses a person has caused, directly or indirectly. This is a very popular way of quantifying the effect that individuals have on climate change, and gives people a clear target for improvement.

Carbon footprint is measured in the amount of carbon dioxide equivalents (CO2e) produced. This means that all other greenhouse gasses are measured against carbon dioxide in terms of their potential to trap the planet’s heat over a period of time. This is known as a gas’s Global Warming Potential (GWP), where carbon dioxide has a GWP of 1. By multiplying a gas’s total emissions by its GWP, we get a nice frame of reference with which to measure and discuss an individual, company, or industry’s effect on climate change.

An average person has a carbon footprint of 7 metric tons of carbon dioxide per year.  However, the true amount can vary wildly from person to person, depending on everything from the cars you drive to the food you eat.

How Food Hurts the Planet

Food is one of the main sources of greenhouse gas emissions for individuals, and can contribute to between 10% and 30% of a household’s emissions. Most of the emissions caused by food come at the production stage, with 68% of total emissions happening during production.

If you want to lower your carbon footprint, it might be time to let go of meat. Meat generally has the highest amount of greenhouse gas emissions per calorie. Even worse for steak lovers, beef in particular has a very large carbon footprint, 7.2 times larger than that of chicken.

Vegetables and plant-based foods generally have much lower carbon footprints, and switching to vegetarian meals for 1 day per week can reduce your carbon footprint the equivalent of driving more than 1800 kilometers. 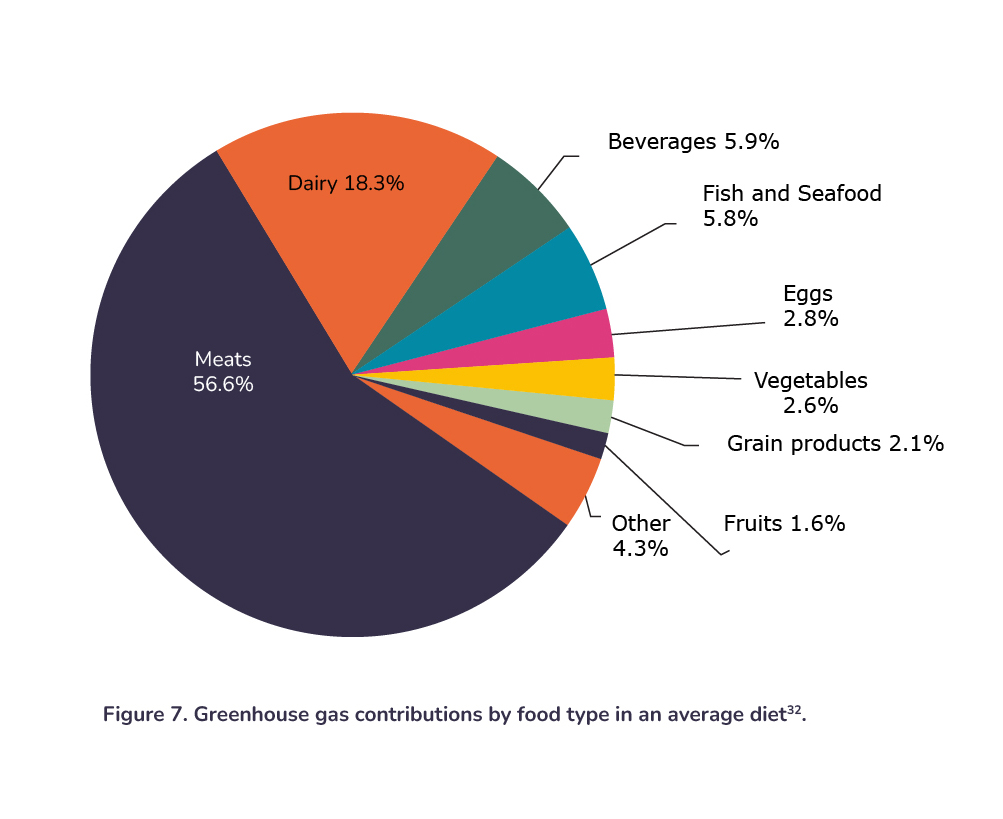 How Your Household is Contributing to Climate Change

Your household carbon footprint is calculated from everything you need to keep your household running. Think about the electricity you use or gas for heating and cooking.

A Movement Against Movement

Transportation has a very obvious effect on your carbon footprint. What you drive, and how you drive, makes a big difference on the amount of greenhouse gas emissions you produce.  An average petrol car produces 192 grams of CO2e per kilometer. By carpooling with one other person, that amount gets cut in half to 96 grams, and the effect compounds the more passengers you add. Electric vehicles are almost always a more environmentally-friendly choice, but this depends on the source of electricity in your area. If you live in a country with a lot of ‘green’ energy, an electric vehicle can drastically cut down on CO2e emissions.

Similarly, a long-haul economy flight produces 150 grams of CO2e per kilometer, while the same flight flying in first class would produce 599 grams. This is mostly due to the extra space per passenger, which means that fewer  people can share the space and the emissions produced.

Your best options for low-emission transportation are walking, using a bicycle, or taking the train, if possible. 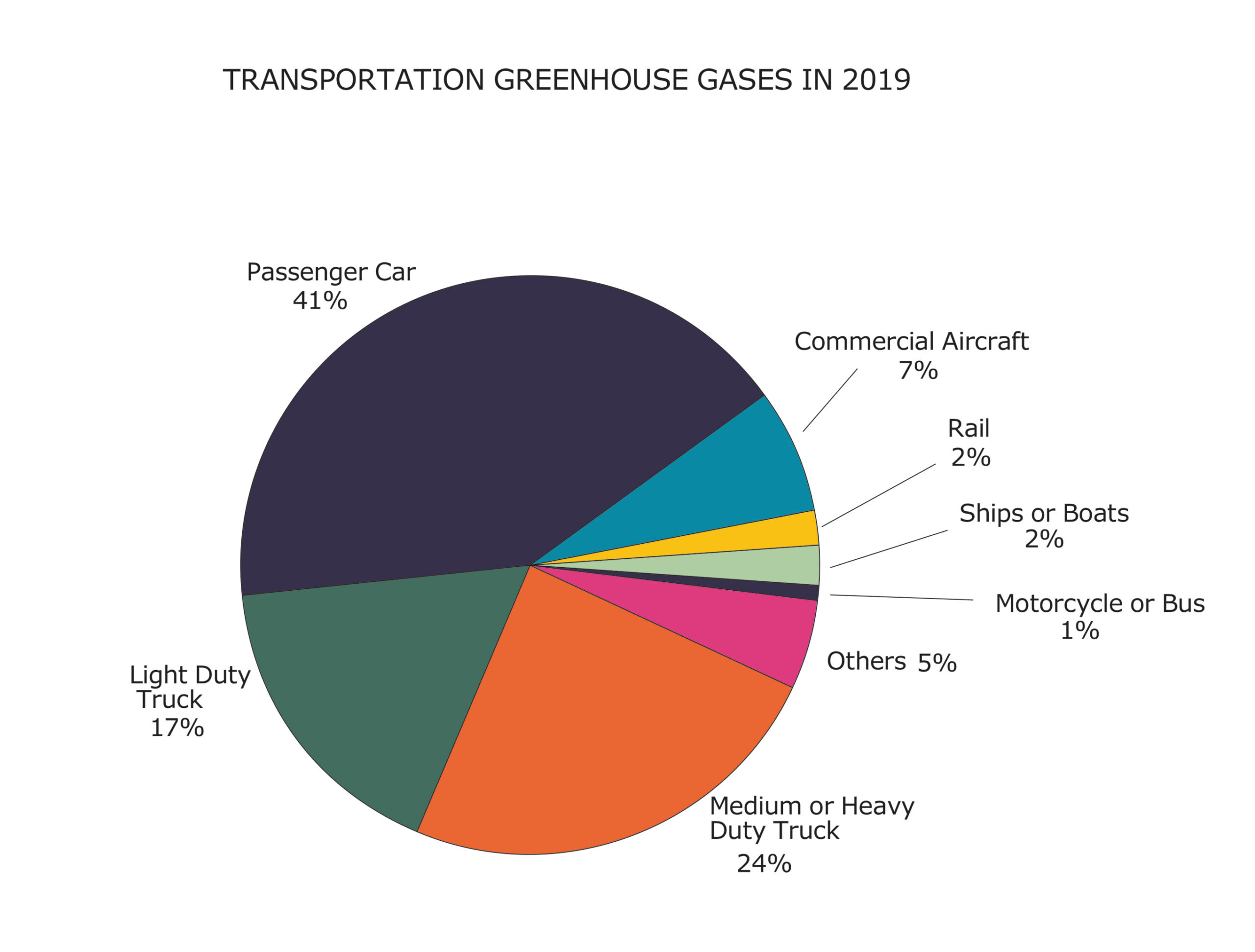 The industrial sector has one of the largest carbon footprints compared to other sources.  This sector releases an enormous amount of emissions in the manufacturing of various goods, mining of valuable minerals, and construction of buildings and infrastructure, among others.  The industrial sector also consumes an enormous amount of electricity, which indirectly causes greenhouse gas emissions when that electricity is generated.

If you combine these direct and indirect emissions, the industrial sector is responsible for 29.6% of greenhouse gas emissions in the United States, making it the largest contributor to emissions in this country.

There are different ways that industrial companies can attempt to reduce their carbon footprint. Carbon capture methods to capture and store carbon emissions safely are used to lower emissions in many sectors. Self-generation of electricity through renewable, sustainable methods allows companies to offset emissions where ‘green’ electricity generation is not available. Switching to more environmentally-friendly processes or consumable materials where possible also lowers emissions; 3D printing and additive manufacturing are a few processes that are showing great promise in lowering carbon footprints in the manufacturing sector. 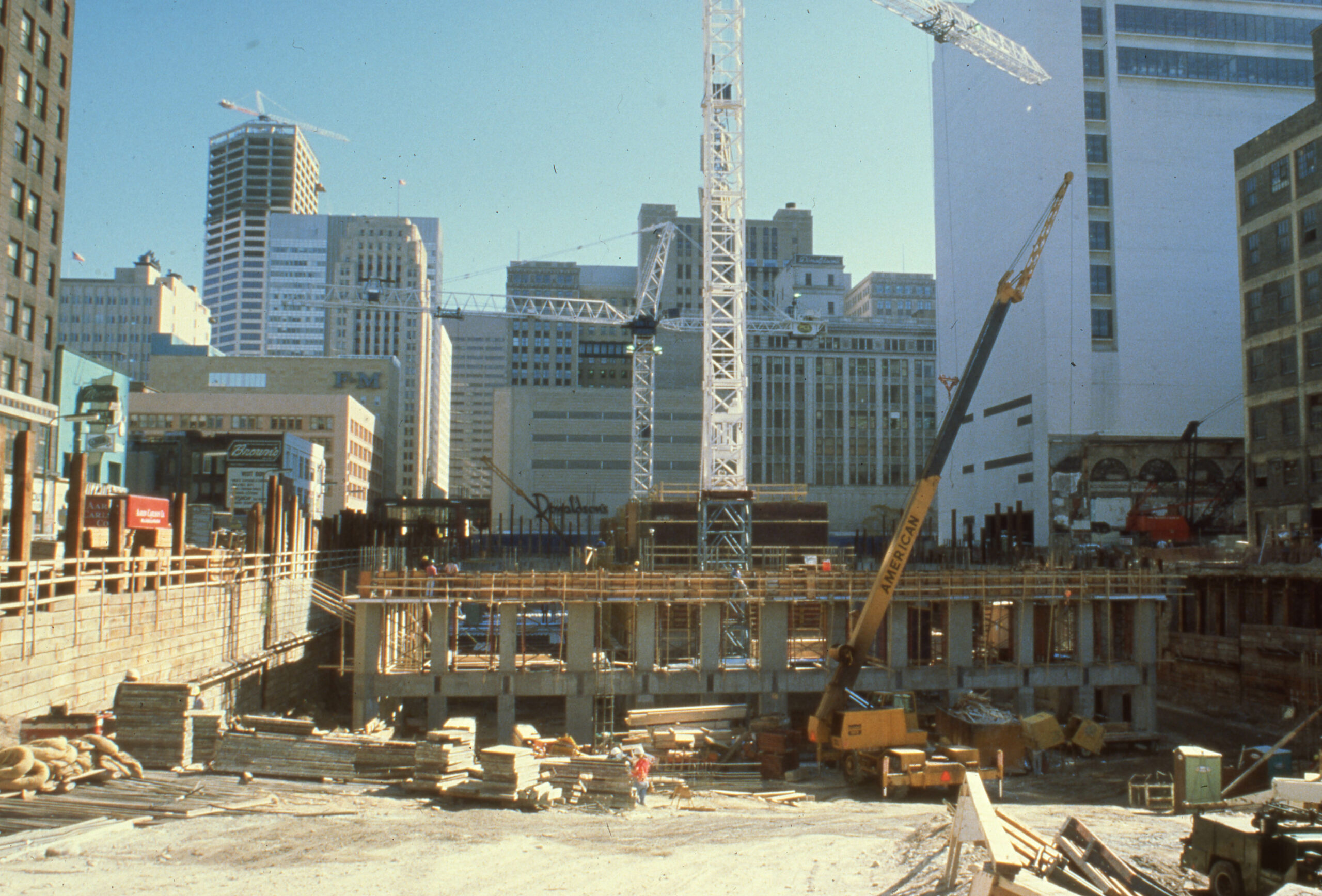 How to Calculate Your Carbon Footprint

There are ways to manually determine your own or even your entire household’s carbon footprint with mathematical equations. There are also many different carbon footprint calculators available online that can be used to automatically calculate your footprint. With these, you answer a bunch of questions on your daily life, your habits and routines, and you get an estimate of what your personal carbon footprint is. Some calculators also show you how you compare against others. You can use this to find ways to reduce your carbon footprint, and to see where your biggest sources of emissions are.

You can find these calculators at websites such as Footprint Calculator or the Environmental Protection Agency’s website, among others. 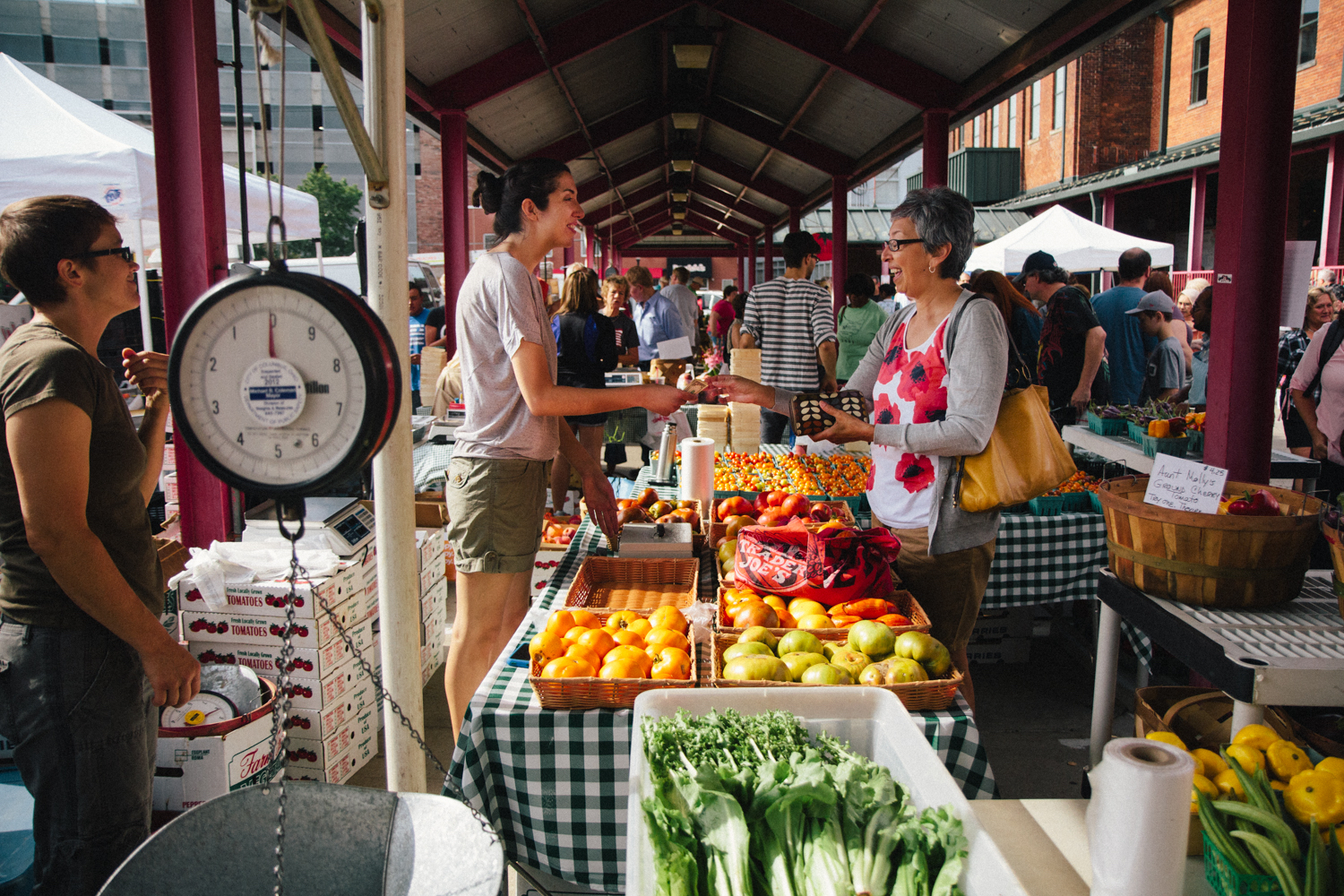 Ways to Reduce Your Carbon Footprint

There are many ways to reduce your carbon footprint across different areas of your day-to-day life.  By carpooling, ride-sharing, or using public transport, you can drastically reduce your carbon footprint for every trip you take. Opting to fly in economy class instead of business class also reduces your footprint by a significant amount, as economy class uses the available space much more efficiently.  Think of it the same way as carpooling. By using the available space in an aircraft more efficiently, you are sharing the total emissions with more people, thus lowering the emissions per person.

In the home, by unplugging electrical devices which aren’t in use, you save energy that the device would use in standby mode, reducing total emissions. Transitioning to energy-efficient lighting, using cold water to wash clothes, and turning down the temperature on your water heater all helps to lower your energy bill, which, in turn, lowers your carbon footprint.