Do you know that hydrogen is considered the fuel of the future? What are the key features of hydrogen, especially its use in a low-carbon energy system called the Hydrogen Economy? 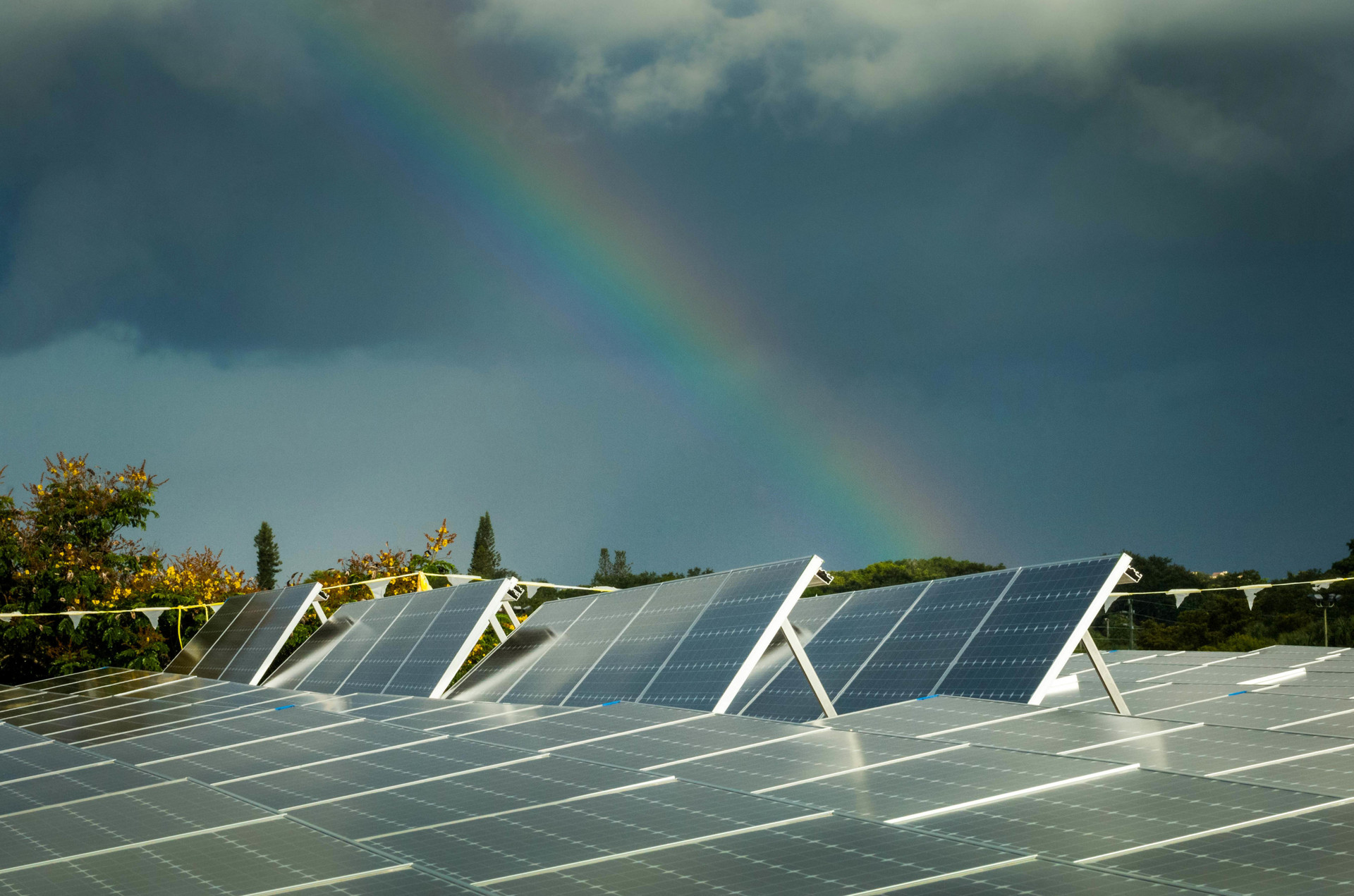 Hydrogen has been gaining global attention as a clean alternative energy source. Many have deemed hydrogen the fuel of the future. Proponents of so-called green hydrogen, meaning hydrogen that is generated through renewable energy, believe it could help end our dependence on fossil fuels and aid the transition to a net-zero world.

Green hydrogen can help lower the carbon footprint of heavy-polluting industries such as steel and cement, and can enter our daily lives in the form of hydrogen fuel cell trucks and cars.

Alongside green hydrogen, emissions can be significantly reduced by using blue hydrogen, which is made from natural gas or coal but incorporates carbon dioxide capture in its production. By using blue and green hydrogen in conjunction with one another, hydrogen has the potential to meet the global energy demand. Though hydrogen has been hyped as the fuel of the future before, its technology has since been improved and new possibilities are now being realized. With global efforts, hydrogen might just be the answer we’ve all been looking for. 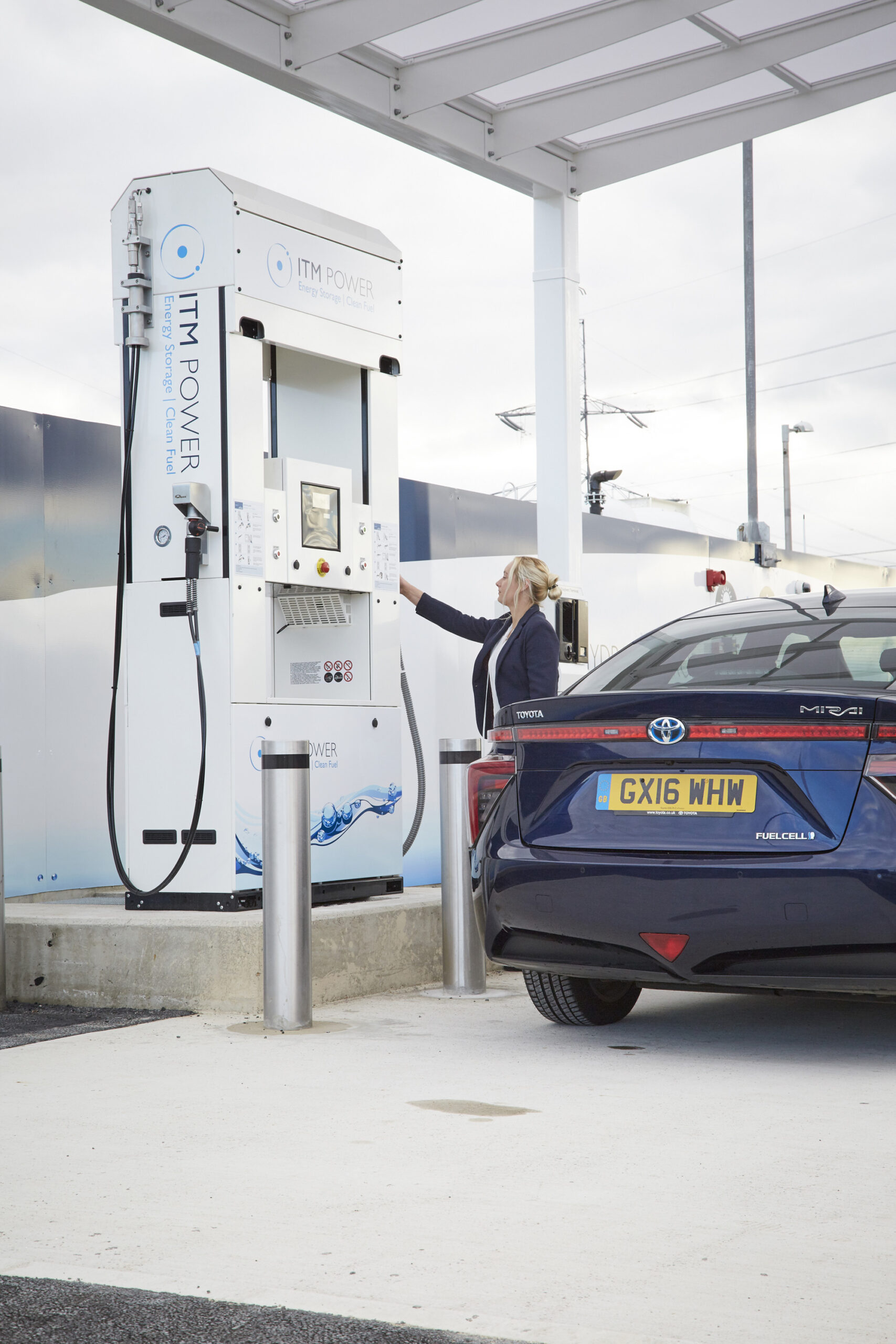 What has Hydrogen been used for in the Past?

Similar to the second simplest element, helium, hydrogen is great at lifting things like balloons. In fact, hydrogen is better at lifting things than helium. This is why hydrogen was thought to be an excellent method for air transportation. In the early 1900s, large airships that used hydrogen as their lifting gas were a popular form of air travel. But it wasn’t long before tragedy struck and the short lived hydrogen-filled airship craze came to a complete stop in 1937 when the German Airship, Hindenburg, caught fire and exploded at Lakehurst, New Jersey, killing 36 people.

Airship designers knew that hydrogen is flammable and that helium was a safer choice. However, helium was rare and expensive. And so they decided to go with the cheaper but less safe option. After the Hindenburg disaster, hydrogen was quickly abandoned as a lifting gas. At the same time, airplanes were becoming more common. 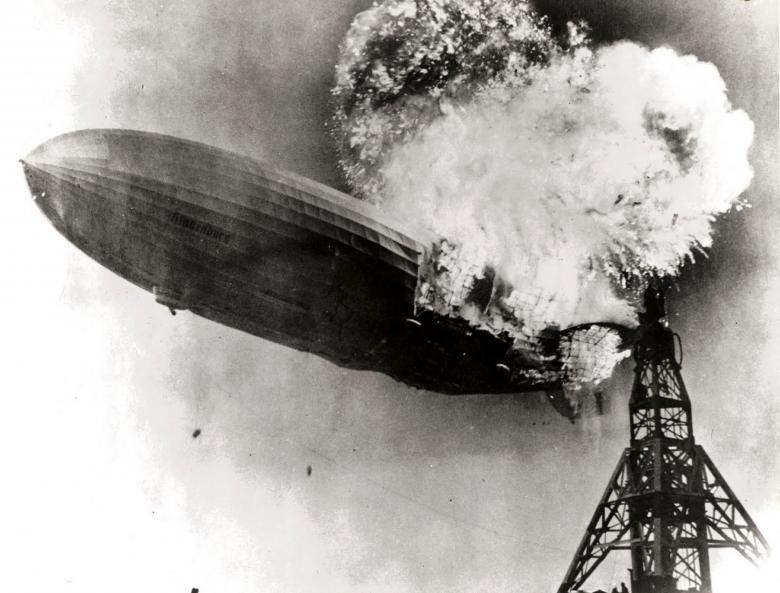 Hydrogen is the lightest element and has the highest heating value, which is the amount of heat produced by the complete combustion of a unit quantity of fuel, per mass of all chemical fuels. Hydrogen is also the most abundant element in the universe and is, therefore, a suitable candidate to address the increasing energy demand all across the globe. However, although hydrogen is abundantly available, it does not naturally exist in its pure elemental form (H2). Instead hydrogen is bound to other molecules like hydrocarbons, which are chains of hydrogen and carbon molecules. This means that hydrogen first needs to be produced before it can be used as an energy carrier. 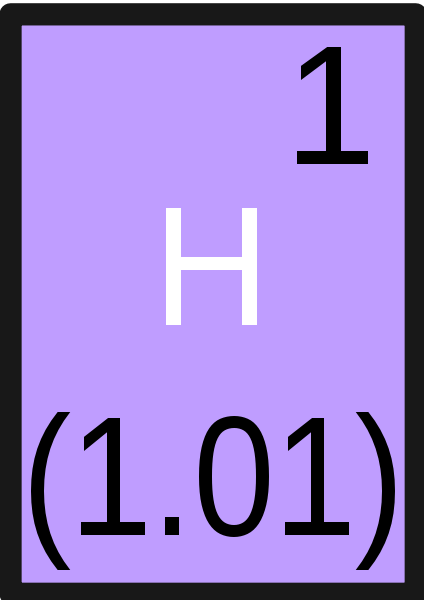 How is Hydrogen Produced?

To produce hydrogen, it should be separated from the other elements in the molecules that contain the hydrogen atoms. There are many different sources of hydrogen and also several ways to produce it to use as a fuel. Currently, the 2 most common hydrogen production methods are steam-methane reforming and electrolysis.

With steam-methane reforming, high-temperature steam at 700-1000°C and pressures of 3-25 bar reacts with methane in the presence of a catalyst to produce hydrogen, carbon monoxide, and carbon dioxide. Electrolysis, on the other hand, is a process that uses electricity to split water into hydrogen and oxygen. On a large, commercial scale, electrolysis might be called power-to-gas, where power is electricity and hydrogen is gas.

Electrolysis itself does not produce any byproducts or emissions other than hydrogen and oxygen, but the electricity used for electrolysis can come from renewable sources, nuclear energy, or fossil fuels. If the electricity for electrolysis is produced from fossil fuels like coal, natural gas, and petroleum, or from the combustion of biomass, then the associated environmental effects and carbon dioxide emissions are indirectly related to that hydrogen.

Know your Hydrogen by Color

Did you know that you get different types of hydrogen? This is because hydrogen is categorized or defined by the energy sources for its production. A color code is assigned to label the different types of hydrogen by source. This helps to distinguish between ‘good’ hydrogen that was produced in an environmentally friendly manner and ‘bad’ hydrogen associated with a lot of carbon emissions.

Hydrogen as a Clean Energy Carrier

Hydrogen is considered an energy carrier. But what exactly does this mean? An energy carrier is a substance (fuel) or sometimes an energy system that contains energy which can later be converted to other forms such as mechanical work, heat, or to operate chemical or physical processes. In other words, an energy carrier does not produce energy; it simply contains it. 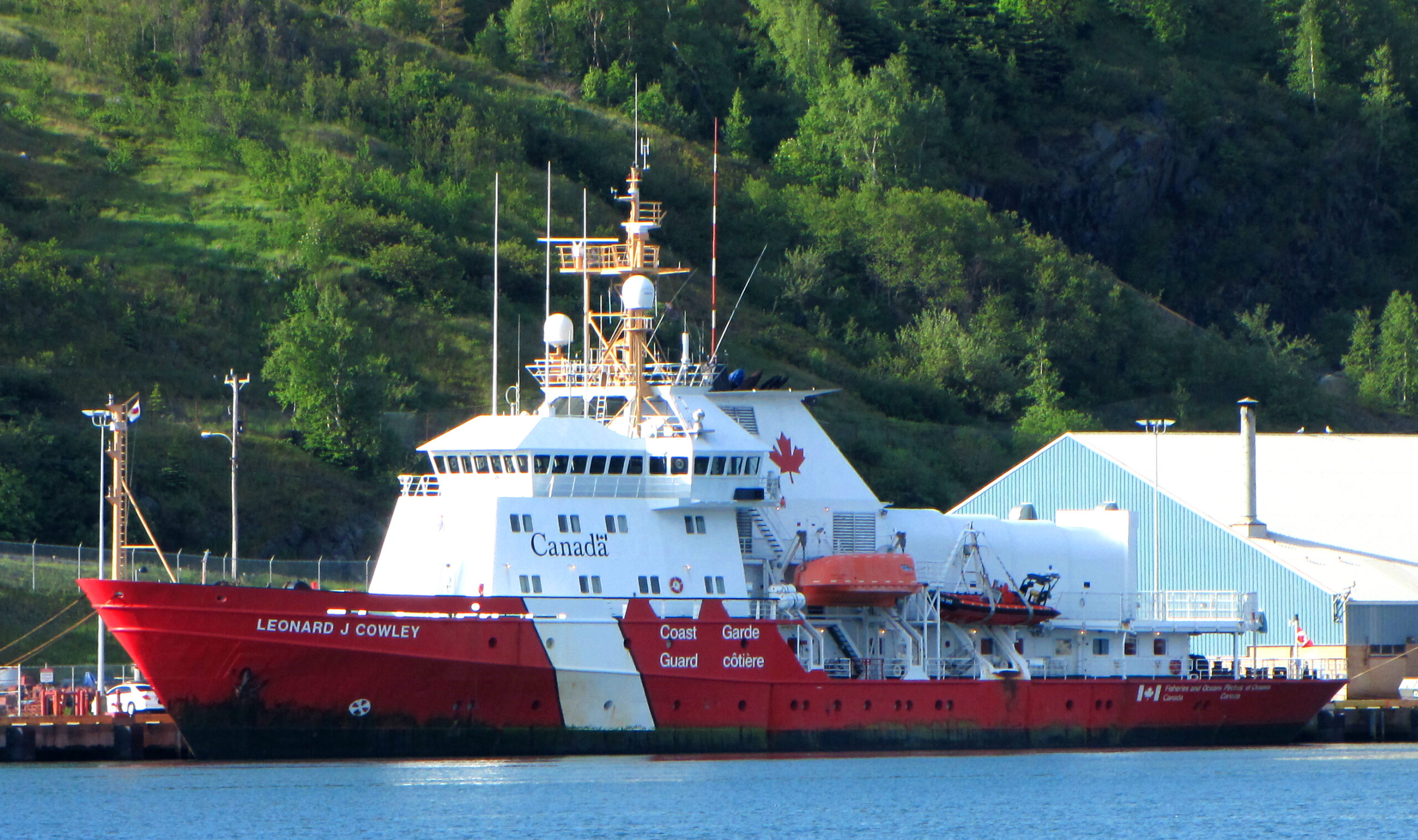 Fuel cells and electrolyzers are technologies that could enable a functional hydrogen economy. Both fuels cells and electrolyzers are considered electrochemical devices, meaning they are used to interconvert between chemical and electrical energy. Fuel cells are used to generate electricity. In essence, a chemical reaction is used to produce an electric current. With hydrogen fuel cells this is done by converting hydrogen gas and oxygen into water and heat as by-products.

Electrolyzers, on the other hand, do the opposite. Here,  hydrogen is generated by applying an electrical current to the cell. Water is fed into the electrolyzer as a feed stream and is then split into hydrogen and oxygen. To generate green hydrogen, renewable energy is used to power this reaction. To date, electrolysis is the only advanced large-scale process where hydrogen can be produced from renewable energy. 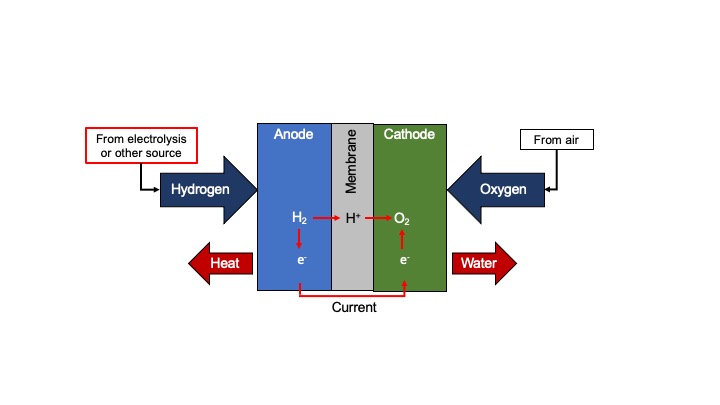 We’ve established that the consumption of fossil fuels as well as the depletion thereof has immense effects on the environment. This has stimulated global interest in an alternative sustainable energy system. The requirements of the new energy systems are as follows: it should be able to balance energy supply and demand, it should be environmentally friendly, ensure energy security, and it should be economically viable. According to some researchers, a hydrogen-based system is considered a highly promising candidate among other alternative solutions.

Because hydrogen has the ability to supply energy to all sectors of the economy, including transport, buildings and household electricity, and energy for industrial sectors, a low-carbon energy system, called the Hydrogen Economy, was already proposed in 1972. This system includes the integration of hydrogen storage, production, distribution, transportation, and application. There are, however, some challenges that have prevented the widespread application of a hydrogen economy.

The Challenges of Hydrogen

Before a hydrogen economy can be fully realized, there are some challenges that should first be addressed. Steven Chu, winner of the 1997 Nobel prize in Physics, and the president of the American Association for the Advancement of Science stated that “In order to get significant hydrogen deployment, you need four  significant technological breakthroughs” in the areas of efficient production, storage, distribution infrastructure, and conversion via fuel cells.  Other challenges include safety concerns and purity requirements of hydrogen, especially when used for fuel cells, which require a purity of 99.997%. Besides being mainly fossil fuel-based, current hydrogen production processes are accompanied by various impurities that could damage fuel cells. These impurities are, therefore, not compatible for fuel cell applications. The hydrogen streams should, therefore, be purified, which only adds to the cost of hydrogen production.

The main challenge, however, is adequate and safe hydrogen storage and transportation. Because hydrogen’s volumetric density is so low, it requires a lot of energy input to be stored as a compressed gas. Energy efficiency is also a great challenge for all hydrogen storage options.

One of the biggest challenges of hydrogen is the safety hazards that uncontrolled hydrogen can cause: hydrogen is extremely flammable and can cause massive explosions. 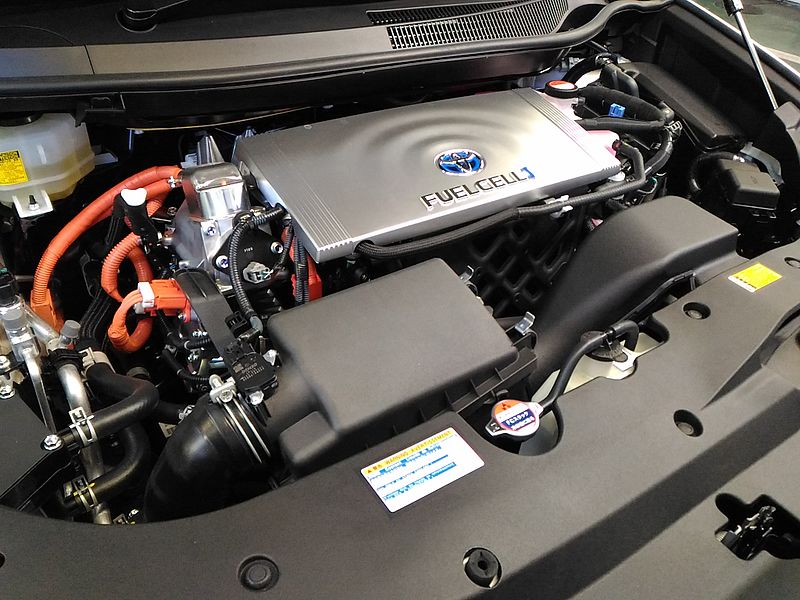 The solution to this problem is as simple as energy storage – storing energy in times where there’s an oversupply of renewable energy and using the stored energy in times of limited supply. However, traditionally, renewable energy cannot be stored on a large scale. This is where hydrogen comes in. Hydrogen, generated through electrolysis, where water is split into hydrogen and oxygen by applying an electrical current, can be used to effectively store energy to address the variability limitation of renewable energy. Hydrogen is part of an industrial concept known as the power-to-gas (P2G) technology, which is a power grid balancing mechanism used to capture and store surplus energy to use at times of low supply. Power-to-gas is the conversion of electrical energy, or electricity, into chemical energy, in this case a gas, through water electrolysis.

There have already been significant technological advances in the hydrogen transportation industry. In 2021, hydrogen refueling stations reached a record high of 142 that went into operation worldwide. Of these, 37 stations were opened in Europe (as part of the Hydrogen Mobility Europe), 89 in Asia, and 13 in North America. Hydrogen refueling is now possible in 33 countries. Toyota, Hyundai, and Honda hydrogen cars are already available in Japan, Germany, South Korea, and California. Cities in China have also converted their entire bus fleets to hydrogen-powered buses.

In terms of other transportation methods, integrated hydrogen fuel cell systems are available for ships and development of the first hydrogen-powered passenger aircraft, Element One, is also underway through an aviation company in Singapore, HES Energy System. The first prototype is expected in 2025.

In terms of space travel, a helium/hydrogen recovery system has been built for NASA. Hydrogen has also been used as rocket propellant for some time now.

Which is better, electric or hydrogen vehicles? The simple answer is that it depends. Battery electric and hydrogen fuel cell vehicles have similar propulsion systems – both store energy to power an electric motor. However, with hydrogen vehicles, energy stored as hydrogen is converted to electricity through a fuel cell, rather than being stored in a rechargeable battery.

Hydrogen cars tend to be more expensive than battery electric cars and can currently be difficult to fuel. This is because hydrogen is expensive, and there are generally not as many refueling stations as recharging points. The advantages of hydrogen, on the other hand, include shorter refueling times and an often larger tank range.

A different picture is also painted when the size of the vehicle is increased. As vehicles get bigger, it becomes harder to electrify them, with increasingly large batteries needed. This makes electricity challenging for large vehicles like buses and trucks, and hydrogen is, therefore favored, in these cases. 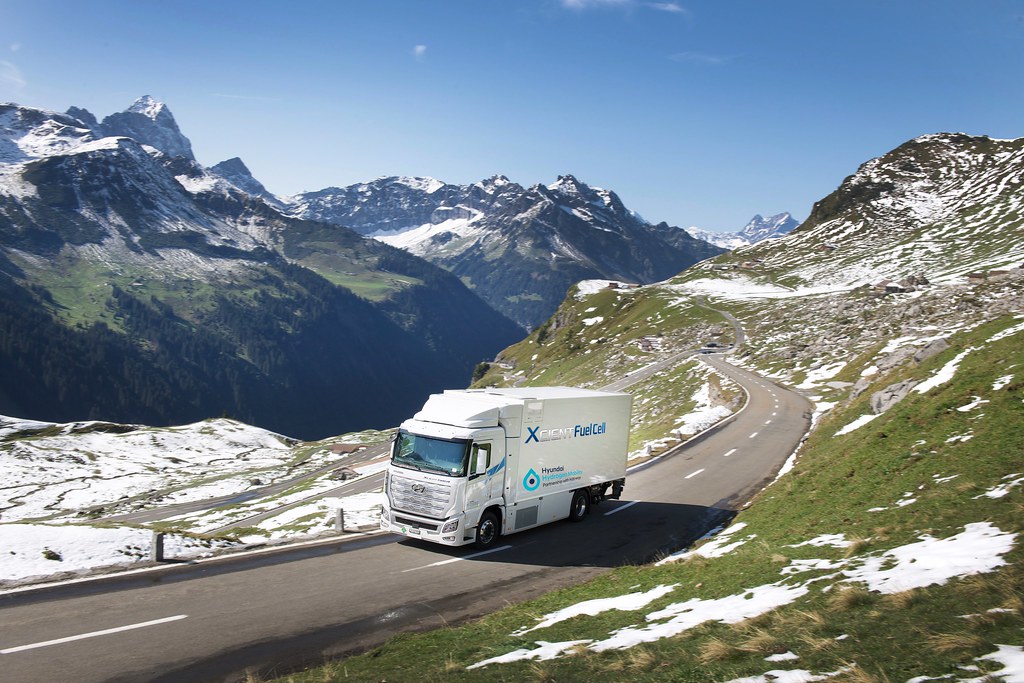