Kinnuverse » Culture » An Intro to the Big Architectural Movements » From Minimalism to Maximalism: Modern & Postmodern Architecture 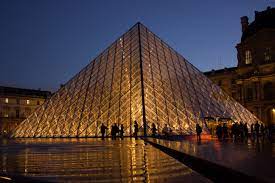 Emerging near the end of the 19th century, Modern Architecture was made possible by advances in technology, engineering and building materials. Cast iron, drywall, plate glass, and reinforced concrete made designs possible that could not have been imagined before. In 1851, the Crystal Palace demonstrated the possibilities of glass in an iron framework. The Eiffel Tower, built in 1889, was a striking example of iron frame construction and was the tallest structure in the world.

Reinforced concrete and cast iron made high-rise buildings possible, and the invention of the elevator made them more appealing. The electric light reduced the danger of fires caused by gas and flames. All these elements combined in different ways for different architectural styles that fall under the general rubric of Modernism.

Bauhaus was a German art school established in 1919 in response to the liberal spirit of the newly-established Weimar Republic. Founded by Walter Gropius, the Bauhaus school intended to combine crafts and fine arts into comprehensive art works and to address growing concern over the questions of craftsmanship and mass production, usefulness and beauty.

Motivated by ‘New Objectivity’ – a German artistic movement that arose in the 1920s as a reaction to Expressionism – Bauhaus turned away from expressionism and experimentation in favor of rational, functional standardization. In 1923, Gropius announced that designs should be adapted to a world of machines and, therefore, should be functional, cheap and consistent with mass production.

Bauhaus designs feature simple geometric shapes without elaborate decorations and buildings often feature rounded corners and walls. This movement influenced architectural design, art, graphic design, interior design, and typography. It was closed under pressure from the Nazis in 1933, who saw it as a foreign influence that was creating ‘degenerate art.’ Upon its closing, many of the school’s teachers fled to other countries, spreading the influence of Bauhaus worldwide.

Originating in England, Brutalist architecture rose to satisfy the worldwide need for inexpensive housing following the destruction of World War II. The term ‘Brutalism’ does not refer to the brutal look of the structures but plays on the French word for raw concrete, béton brut.

In 1952, French architect Le Corbusier completed a massive, unadorned housing block in Marseilles, which created units for 1600 people and quickly became the model for other cities trying to provide low-cost housing, particularly in the Soviet Union.


Key elements of Brutalism are its heavy, blocky appearance, its raw concrete construction, and its use of simple graphic lines without ornamentation. Brutalist buildings are highly utilitarian and have small windows.

Appearing between the 1950s and 1980s, the style increasingly came to be seen as cold, alienating and unfit for human occupancy. Although they look indestructible, due to being made mostly almost entirely of concrete, many of these buildings are now deteriorating from the inside due to crumbling and water damage.

The term ‘Internationalism’ covers several architectural styles that emerged in the early 20th century as designers wrestled with how to incorporate new technologies and materials into traditional forms in order to solve new social needs. Used interchangeably with ‘modernism’ or ‘functionalism,’ the term implies simplification, clean lines, and uncluttered interiors. Le Corbusier, a noted Brutalist, and Walter Gropius, head of the Bauhaus school, are leading Internationalists.

Internationalism is defined by 3 principles: volume of space, regularity, and flexibility. Its stylistic characteristics include simplification of form, rejection of ornamentation, and use of glass, steel and concrete.

With the rise of Nazism, many architects fled from Germany to Palestine and to the Soviet Union, spreading their influence. Gropius himself traveled to the US and taught in the Harvard Graduate School of Design. Some familiar examples of Internationalist architecture are the United Nations Building, the campus of the United States Air Force Academy, and the Toronto-Dominion Center. 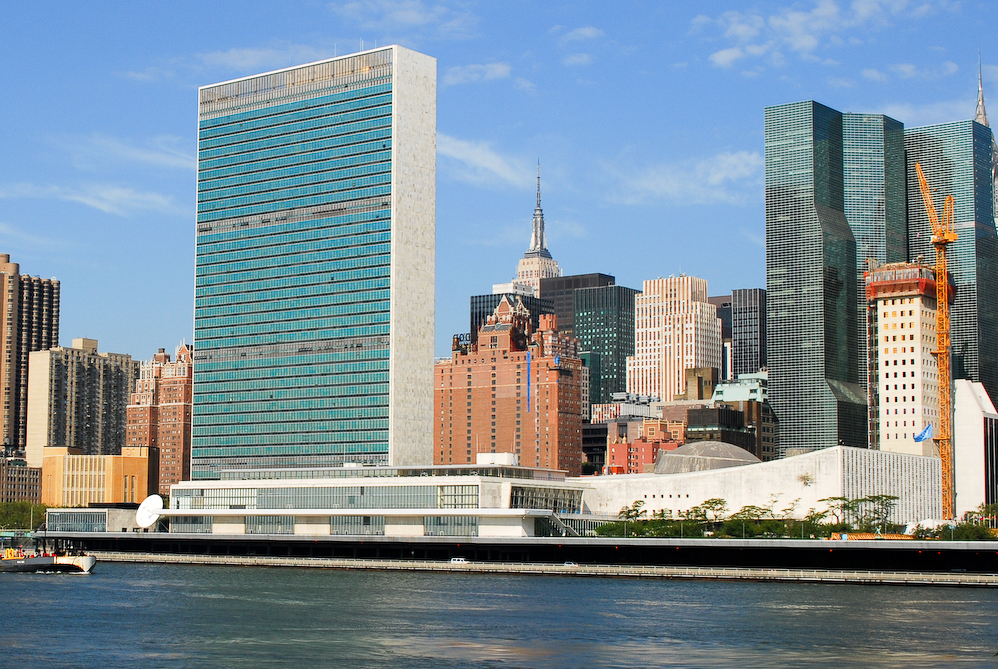 Postmodern Architecture is a reaction against the austerity and uniformity of the modernists, extending from the 1950s through the 1990s. Robert Venturi and Denise Scott Brown codified principles of Postmodern architecture, arguing that buildings should reflect the history and culture of their setting and should prioritize the needs of the individual people using them. This belief was in response to some modernist constructs that did not prioritize the end-user – for example apartment buildings that met an aesthetic goal but did not take into equal account its usability for tenants.

Simultaneously, Italian architect Aldo Rossi led opposition to rebuilding war-ravaged Italian cities with modernist structures that ignored their historic settings. Although Postmodern architects do not attempt to revive previous styles, they often include elements from earlier periods to acknowledge the history of the site. Modernist architecture schools eliminated history from their curriculum, but Postmodernists consider it essential.

Postmodern buildings express irony and humor through their decorative elements, bright colors and asymmetry, and architects express awareness of the building’s surroundings. Postmodernists strive to meet the human need for comfort both for the body and for the eye.

High-tech Architecture originated in Britain in the 1970s but grew out of early Modernism. Also known as ‘structural expressionism,’ it attempts to display the interior construction of the building, emphasizing transparency in design.  Buildings are made of aluminum, steel, and glass with some concrete. Shunning references to the past, High-Tech avoids using materials from previous periods, such as marble and stone.

Buildings are designed to be adaptable, leading to greater usability, and interior spaces, therefore, can often be easily reconfigured. Hanging or overhanging floors, absence of interior load-bearing walls, bright colors, and focus on factory aesthetics are common features of High-tech buildings. They also feature a large central space that exposes mechanical services without attempting to mask their purpose. A key concern is the thoughtful use of space and the overall impact of the building on the neighboring environment. For example, the World Trade Center in Hong Kong is built over a public plaza to save valuable space. 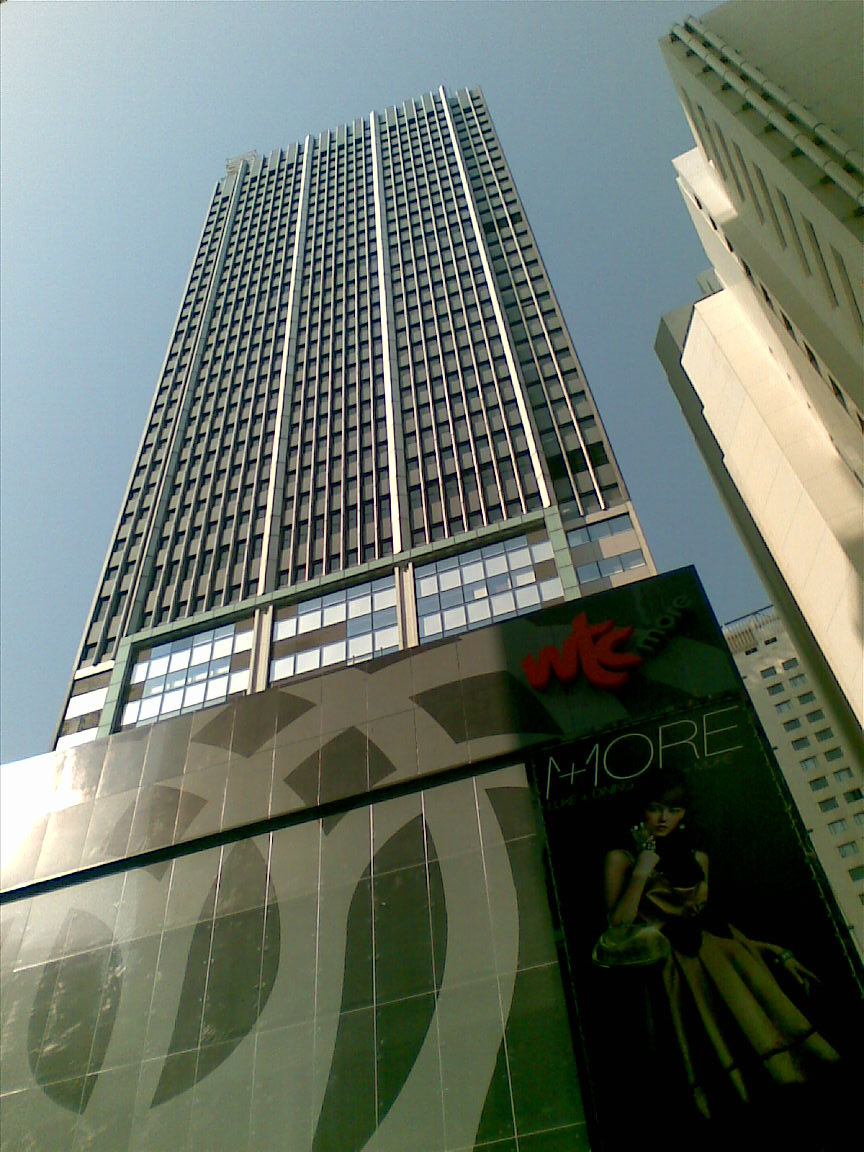 The Eiffel Tower, built for the 1889 World’s Fair, was the first structure to demonstrate the strength of wrought iron as a building material, making it an Early Modern masterpiece. More than 300 meters tall, it was then the tallest structure in the world when it was built.

Gustave Eiffel and his associates designed the tower in competition with 106 other proposals as the hallmark of the fair.

Clearly departing from the styles of the time, it has sleek vertical lines and no ornamentation. It is an open-lattice structure with 4 arched legs that curve inward and meet in the tapered tower. The construction includes 18,000 pieces of iron connected by 2,500,000 rivets. The intention was to tear it down after the fair, but Eiffel added a radio and telegraph tower to make it useful as well as decorative. Despite originally being a temporary structure, it still stands more than 130 years later as an iconic symbol of Paris. 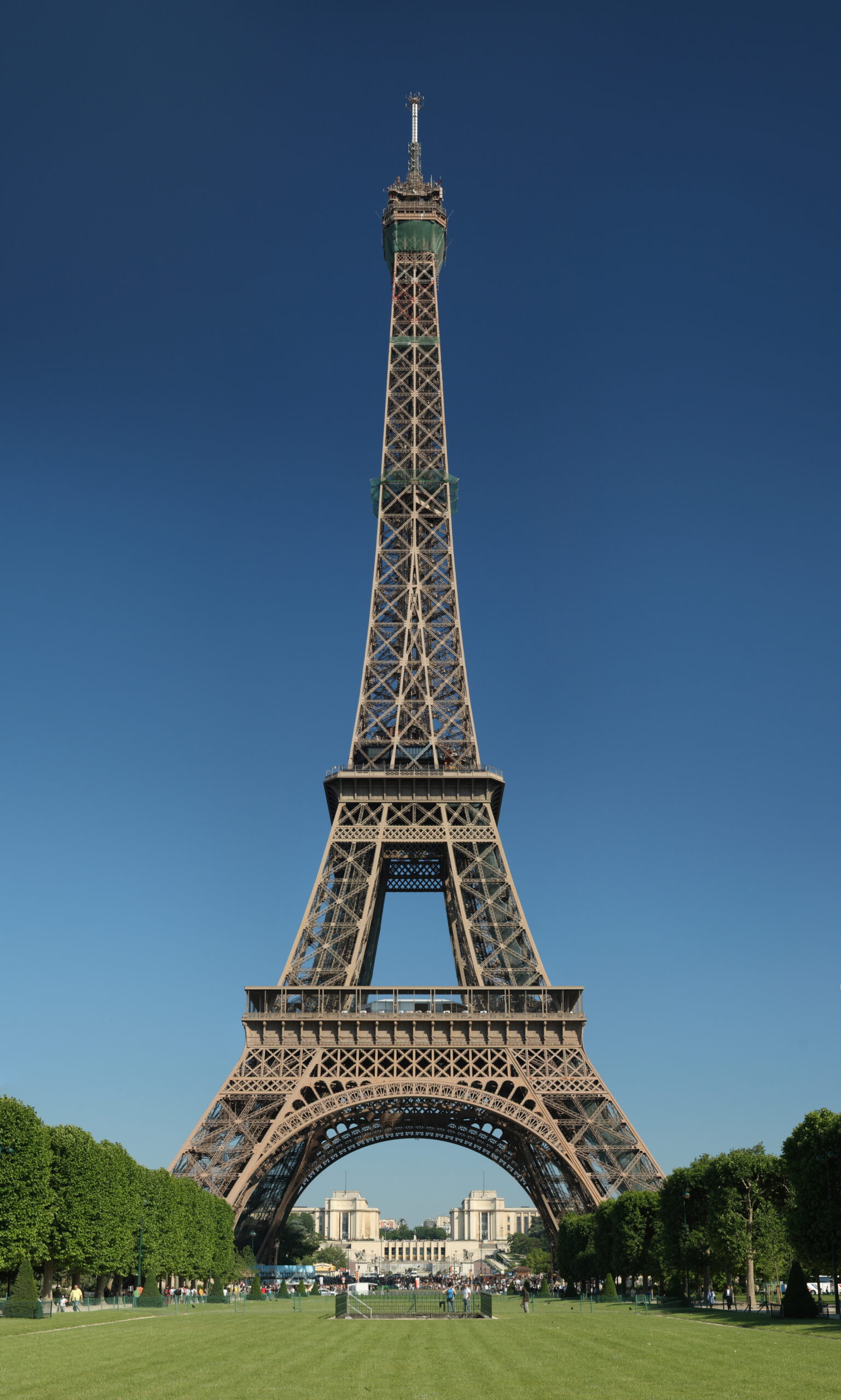 In the late 1890s, Frank Lloyd Wright and several young colleagues formed the Prairie School, inspired by the Arts and Crafts Movement. In his early career, Wright built single-family homes, developing and extending the Prairie School aesthetic, but, by 1909, he had rejected the upper-middle class market for his designs and turned to more the democratic architecture of shared spaces such as churches and public buildings.

In the 1930s, he again turned his attention to single-family dwellings, in what is sometimes referred to as his Usonian period – Wright utilized the term ‘Usonian’ in preference to ‘American’ to describe the landscape and culture of the United States. Wright developed communities of Usonian houses in response to changes in American culture, which led to smaller single-family units without servants. Open floor plans and small bedrooms encouraged families to share spaces, and Wright made the homes affordable, providing the prototype for much modern home construction.

Wright’s body of work reflects the many shifting phases of his career, thus making it difficult to pinpoint any particular aesthetics that are universal to his style. However, he continued to design buildings according to his philosophy of Organic Architecture; and ultimately, this theory that all components of a building should appear unified is the most consistent identifying marker of Wright’s work.

Relatively early in his career, he was recruited to design important public buildings such as the John F. Kennedy Library, the National Gallery of Art’s East Building, and the Louvre Pyramid.

Pei’s work throughout his career was highly controversial and plagued with problems of cost overruns and public disapproval. Nevertheless, he won a multitude of accolades and built some of the Western world’s most iconic buildings.

Pei’s modernist style uses simple geometric shapes combined with traditional architectural principles. There is no Pei school of architecture and no finite list of characteristics because his analytic approach makes each project unique to its purpose and setting.

This complex building, opened in 1977, exemplifies the High-tech architectural style. Designed by Richard Rogers and Renzo Piano, it is located in the heart of  Paris between the Louvre and Notre Dame. The Centre Pompidou, also sometimes referred to as the Beaubourg, is a museum and culture center, and its design resulted from a competition announced by then President George Pompidou, for “an architectural and urban complex which will mark our century.”

The designers’ goal was to allow flexibility with an open plaza to serve as an extension of the interior functions. To create greater interior space, the architects placed the building’s entire structural, mechanical, and circulation systems on the exterior, with color coding: green for plumbing, blue for climate control, yellow for electrical, etc. According to Piano, they intended the design to be “not a building but a town where you find everything.” Although the general consensus was that they succeeded, the building has undergone extensive renovations to account for aging systems and will be partially closed for construction again in 2023.