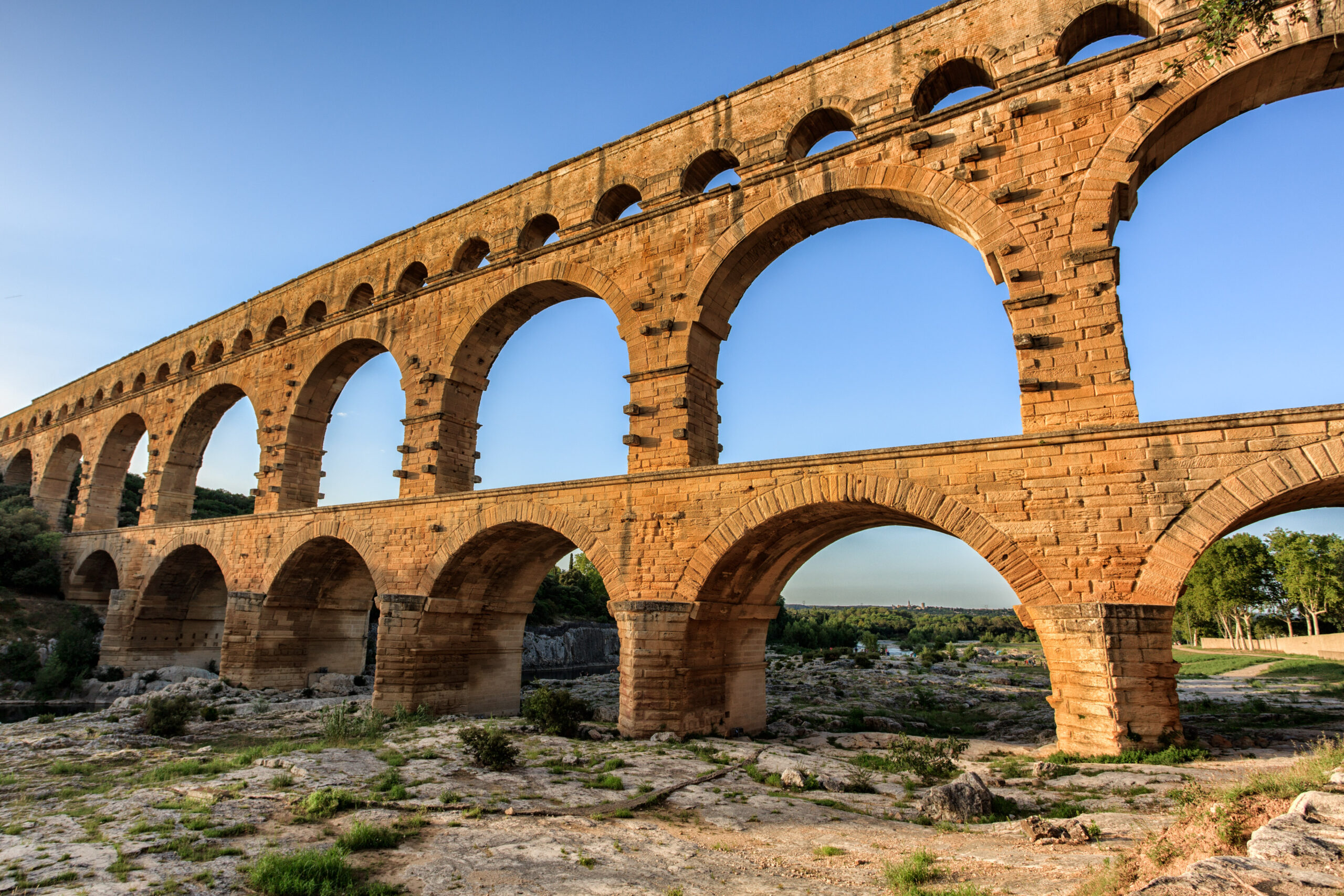 Many Classical Roman structures were built during the height of the Roman Empire and the time period of ‘classical antiquity,’ a post-Republican period of ancient Rome that lasted from 27 BCE at the accession of Caesar Augustus to 380 CE, the date of the fall of the Western Roman Empire. 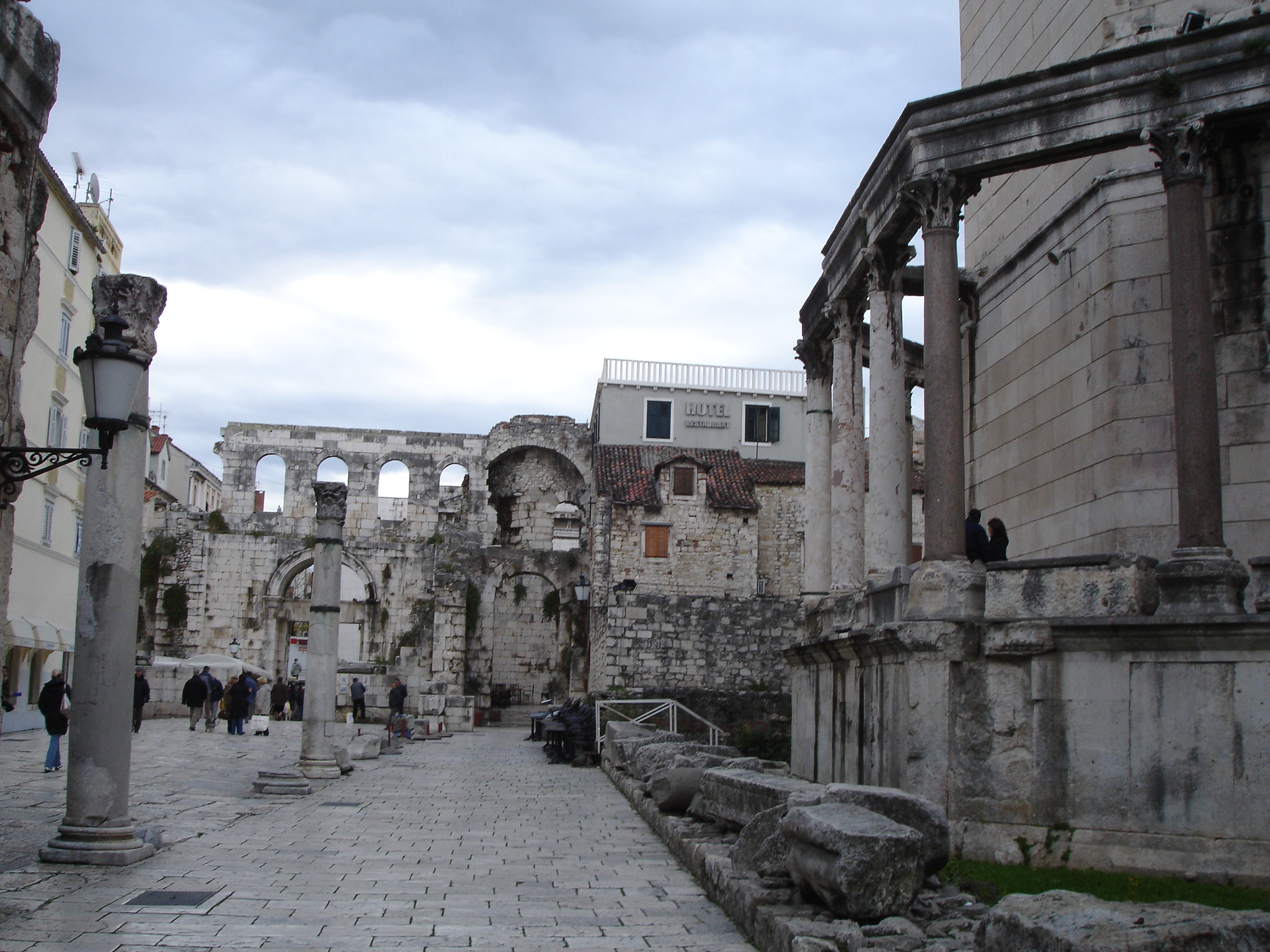 Although Roman architecture is defined as beginning in 509 BCE with the establishment of the Roman Republic, the architecture of Rome was not particularly notable until the Roman Imperial period began, only slightly before the beginning of the Common Era.

What Type of Architecture did Ancient Rome have?

This shift to a distinct ‘Roman’ style was, in fact, a combining of architectural styles from other places, including Etruscan and Greek architecture, and with architectural advancements in the development of arches and, later, domes.

What Buildings did the Romans Build?

Few ancient Roman buildings earlier than 100 BCE exist, even in ruins, though large numbers remain from later years and some are still largely intact and in use today.

The Maison Carrée in France, finished in 2 CE, is one of the best-preserved examples of a Roman temple and displays Greek influence in many of its architectural features,  including post-and-lintel construction, Corinthian columns, and a colonnade.

In contrast, the Roman Colosseum is an excellent example of a number of uniquely Roman characteristics.

What are the four main architecture inventions of the Romans? 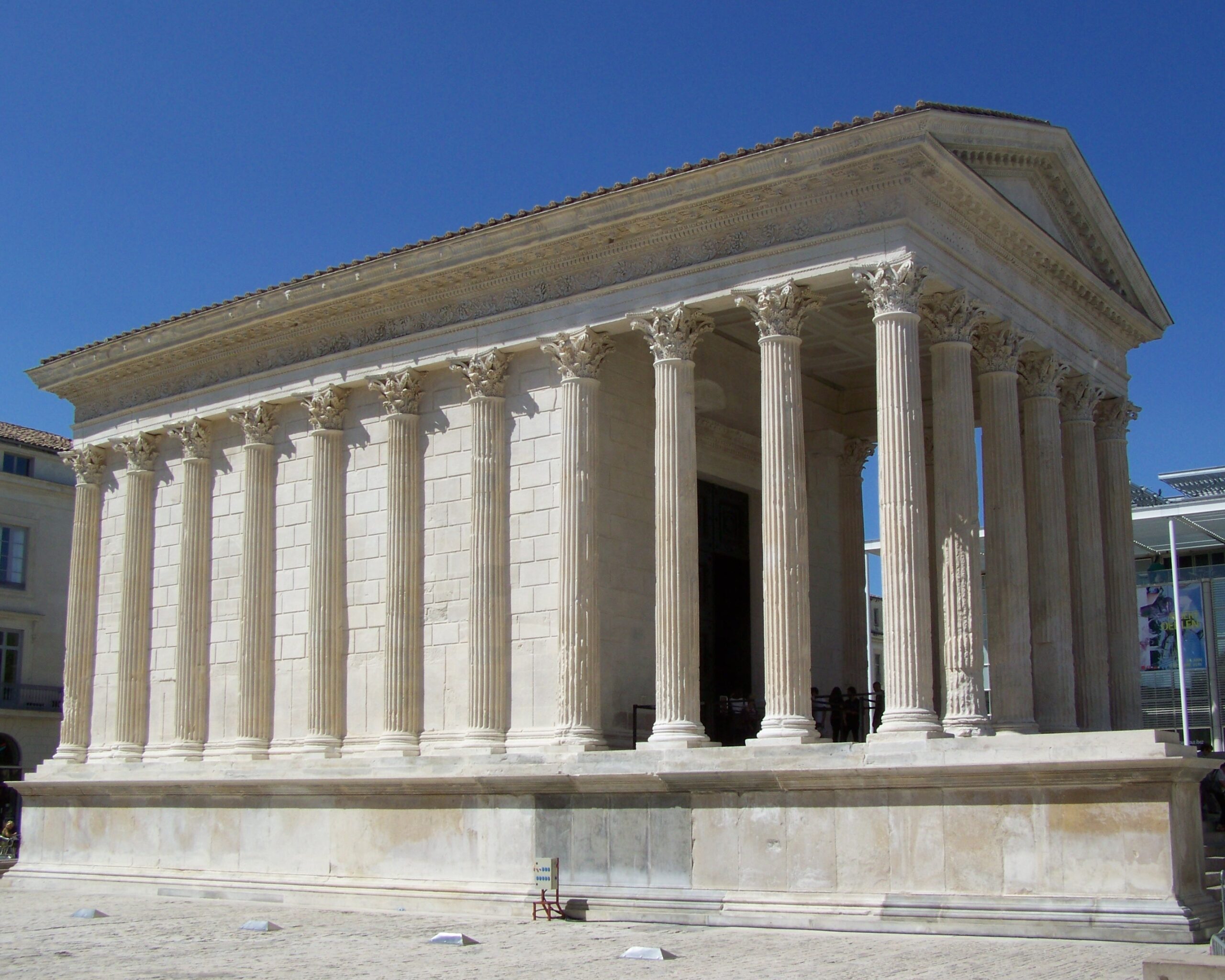 Along with the introduction of concrete, the use of arches was at the heart of Rome’s ability to build massive projects across the empire.

Arches are important architecturally because they allow for larger and wider openings than post-and lintel-constructions. With a post-and-lintel system, pressure is distributed across the lintel; therefore, posts can’t be very far apart or, without proper support, the lintel could sag or break.

It also limits the amount of weight one can put above the lintel. Arches, on the other hand, redirect weight out to the posts and down into the ground; and very little of the pressure of a building’s weight is sustained by the top of the arch.

Roman arches are rounded at the top, with a keystone at the apex, which helps to keep the other stones in place and redirects the weight of the structure to the posts.

Instead of colonnades, Roman architecture often features ‘arcades,’ or a series of rounded arches side by side. 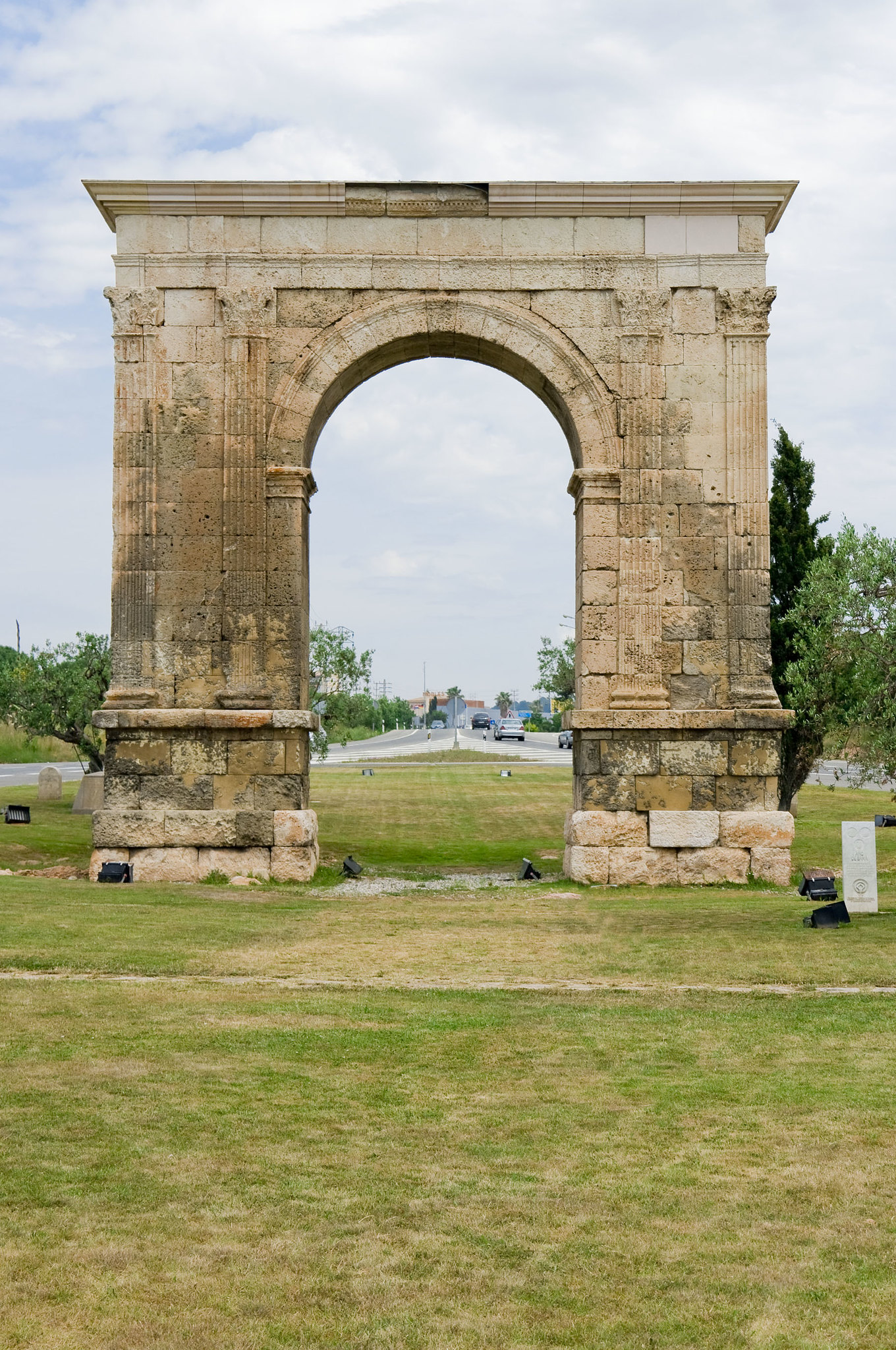 The Romans were the first architects in history to bring into practice the full potential of domes for creating large interior spaces. The dome was utilized by the Romans in a variety of building types including temples, palaces, mausoleums, bath houses, and, later, churches.

Although domes have been traced back to ancient Mesopotamia, ‘monumental domes,’ or the immense domes associated with Roman architecture, were first constructed in the 1st century BCE in Rome and its surrounding provinces.

Roman domes were usually hemispherical in shape and often featured an ‘oculi’ or circular opening at the center. The development of Roman concrete helped to advance the building of monumental domes, as structures were no longer limited to the shape and weight of stone.

Roman concrete, also known as ‘opus caementicium,’ was made from pozzolanic ash, which provided durability and helped prevent cracks. In fact, concrete became such a popular medium at the time that the Roman architectural revolution is sometimes also known as the ‘concrete revolution.’

Many monumental domes are made from concrete with brick facing. One of the most famous and best-preserved examples of a monumental Roman dome is the Pantheon in Rome, Italy. 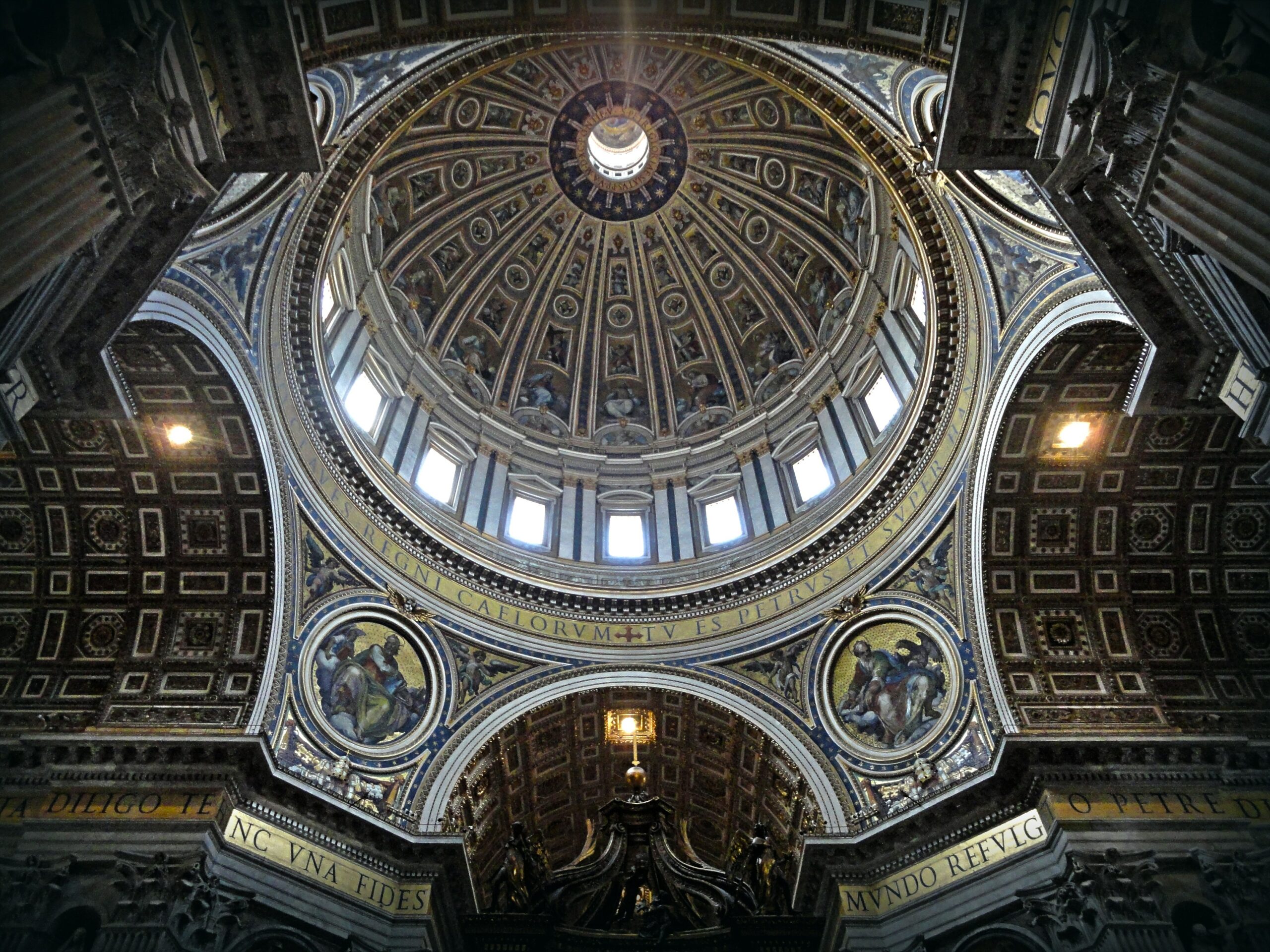 Tuscan columns are similar to Doric in shape and simplicity; however, while the capitals look the same, Tuscan columns are un-fluted, having smooth sides. In Tuscan order design, the entablature that runs around the building is also simpler than Doric, with no triglyph framing designs dividing up the decorative frieze.

In overall building design, the Tuscan order used proportions that created stocky but solid buildings and were considered best for ‘fortified places.’

In Rome and surrounding areas, Tuscan architecture was used for practical locations such as city gates, fortresses, treasuries, ports, warehouses, and armories. Although the Etruscans heavily adorned their buildings, Roman structures built in the Tuscan style were usually left plain, due to the practical nature of their uses. 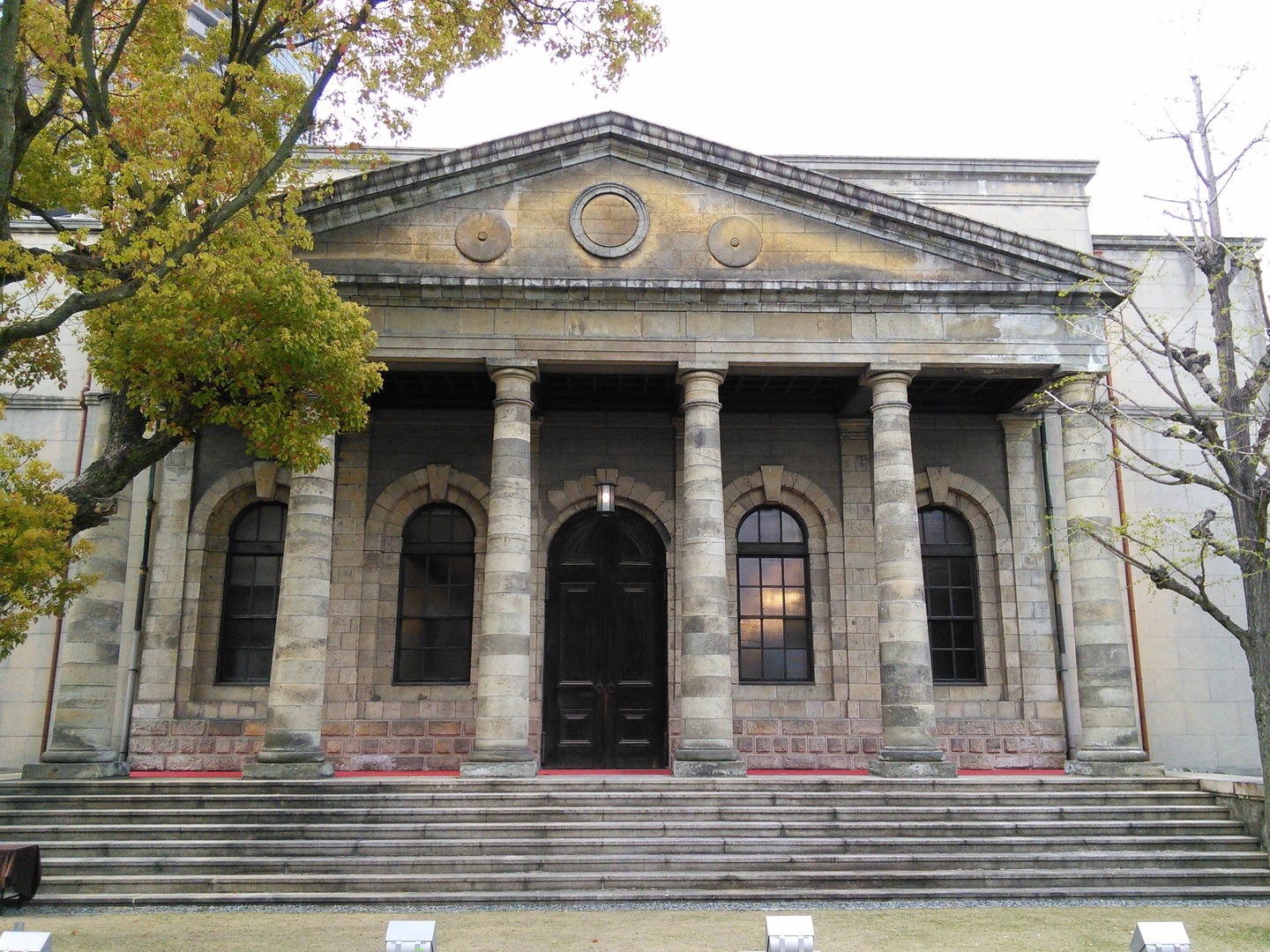 The ancient Roman Composite order is exactly what it sounds like – bringing together key elements of other orders, in particular Greek Ionic and Corinthian. The Composite order is considered an imperial Roman form of Corinthian, and indeed the 2 orders hold many similarities, having similar proportions and entablature heights, while both feature acanthus leaves on the capitals.

The key difference in the Composite order is that above the acanthus leaves sits an Ionic ‘volute’ or scroll design. Unlike Ionic capitals, Composite order capitals present these volutes in a variety of ways, with later designs thinning and sometimes altogether doing away with the horizontal portion of the Ionic style and treating the volutes as 4 independent units.

The Composite order was highly ornamental and used for honorific arches, such as the Arch of Titus in Rome, as well as churches and cloisters. 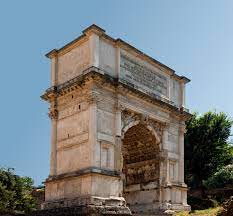 When it comes to Classical architecture, no one person was more influential than the Roman architect and engineer Vitruvius. The author of De architectura, a treatise on architecture, Vitruvius defined the Roman ideal that all buildings should have 3 key attributes: strength, utility, and beauty.

Vitruvius was also influential on the topic of proportions in architecture and the human body. Where the Greeks looked to the Golden Ratio for inspiration, Roman architecture, under the influence of Vitruvius, turned to the proportions of the body. Vitruvius’ descriptions on human proportions in De architectura led to DaVinci’s famous illustration of the Vitruvian Man.

Vitruvius lived from approximately 70 BCE to 15 CE. Although he is sometimes considered the ‘first architect,’ this is a misnomer; however, his work is the first surviving record of the study of architecture. 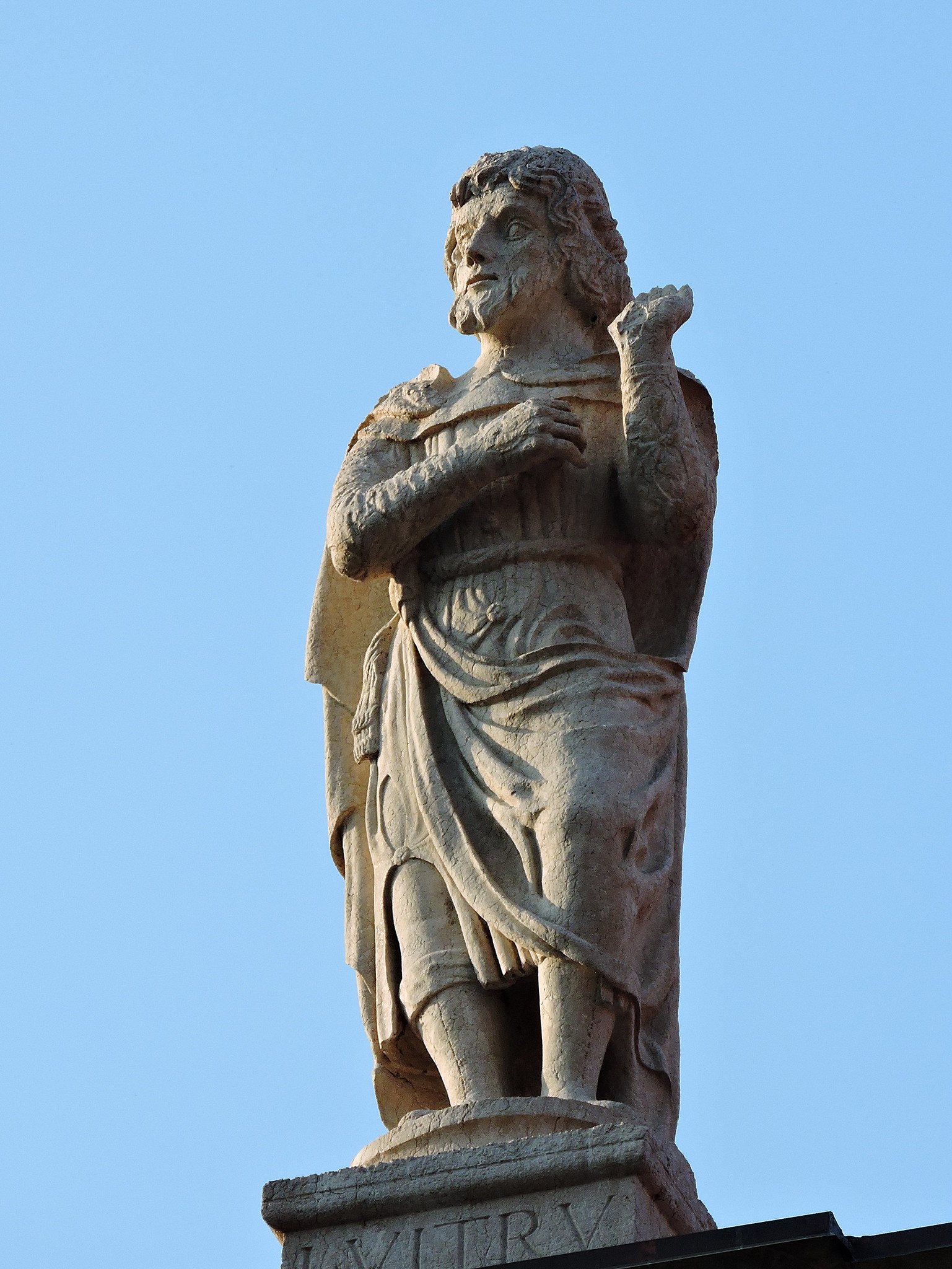 The Roman aqueducts are widely recognized as one of the greatest engineering feats of antiquity. They were built first throughout the Roman Republic, and later the Empire, in order to transport water into cities and towns. These aqueducts supplied water for public baths, fountains, and private households as well as for farming, milling, and gardening.

The first Roman aqueduct was built in 312 BCE, and, by the 3rd century CE, the city of Rome had eleven aqueducts serving over a million residents; other cities and towns throughout the empire followed. These feats of construction were well-maintained for centuries and some are still in partial use today.

Although many portions of the aqueducts were buried, conduits were also carried on bridgework across valleys, rivers, and lowlands. These bridges consist of massive multi-piered arcades made up of rounded Roman arches. The Pont du Gard in Nîmes, France is one of the best preserved aqueducts standing today. 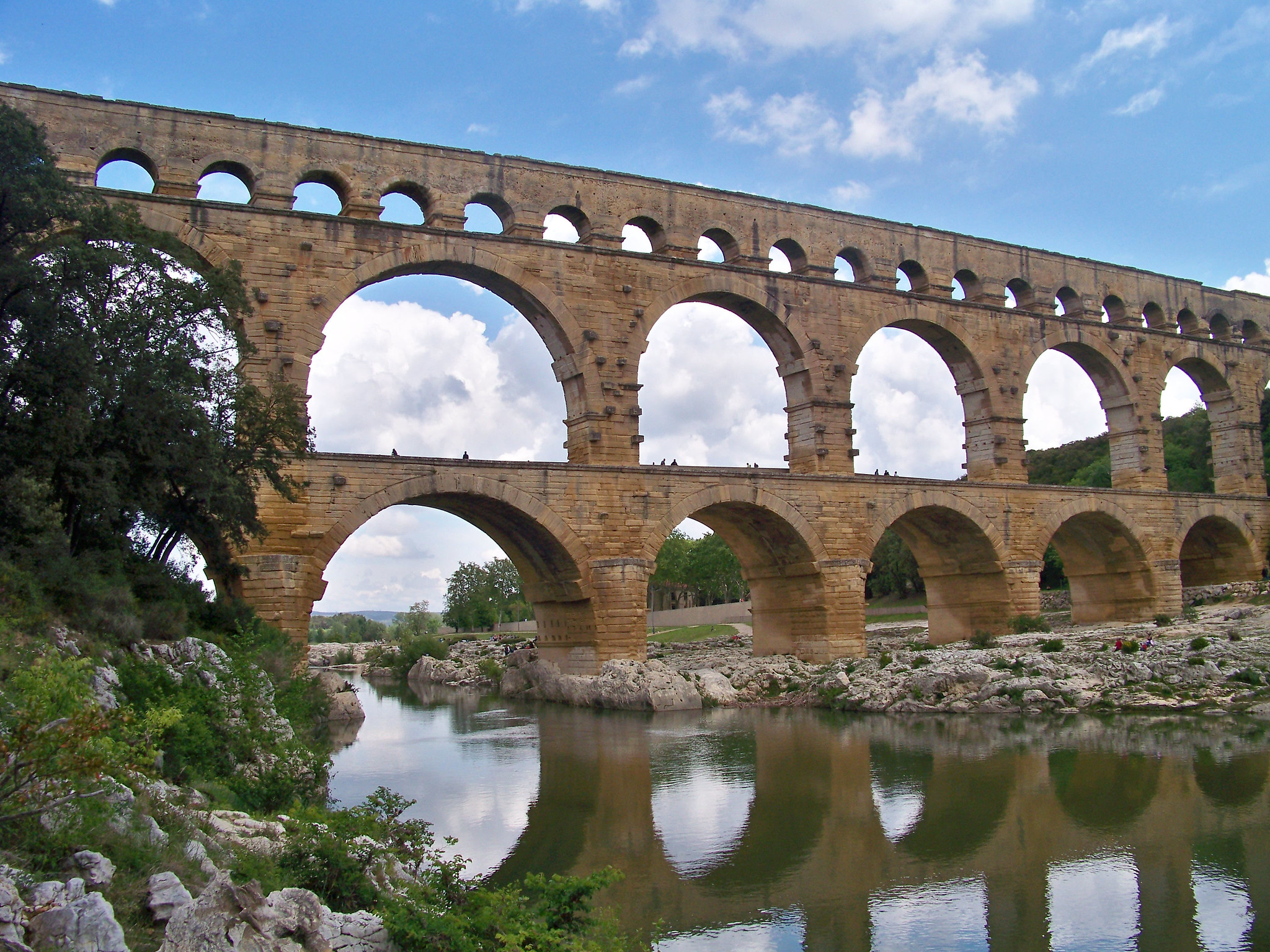 The Colosseum is one of Rome’s most recognizable and notable buildings. Today, millions of visitors flock to the landmark each year, and the structure is as synonymous with Rome as the Eiffel Tower is with Paris.

The Colosseum is an oval, free-standing structure made up of 3 stories of arcade Roman arches, topped with a podium (or platform) and an attic. Framing the arches are half-columns, the first story of which is Doric, the 2nd story Ionic, and the 3rd story Corinthian.

Construction on the Colosseum began in 72 CE and was completed in 80 CE. It was originally built to host gladiatorial contests and other grand spectacles including animal hunts, battle reenactments, executions, and even mock sea battles. The edifice remains the largest amphitheater ever built, and the interior stone rows of seats would have held 50,000-80,000 spectators.

The original building also had a retractable awning known as the ‘velarium,’ which covered ⅔ of the arena and was designed to protect spectators from sun and rain. The cover was made of canvas, with a net-like structure underneath, and  it was operated by sailors from the nearby Roman naval headquarters. 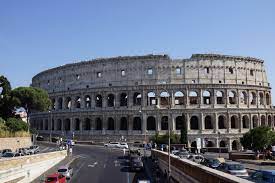