Kinnuverse » Culture » An Intro to the Big Architectural Movements » Romanesque vs Gothic Architecture: What’s the Difference? 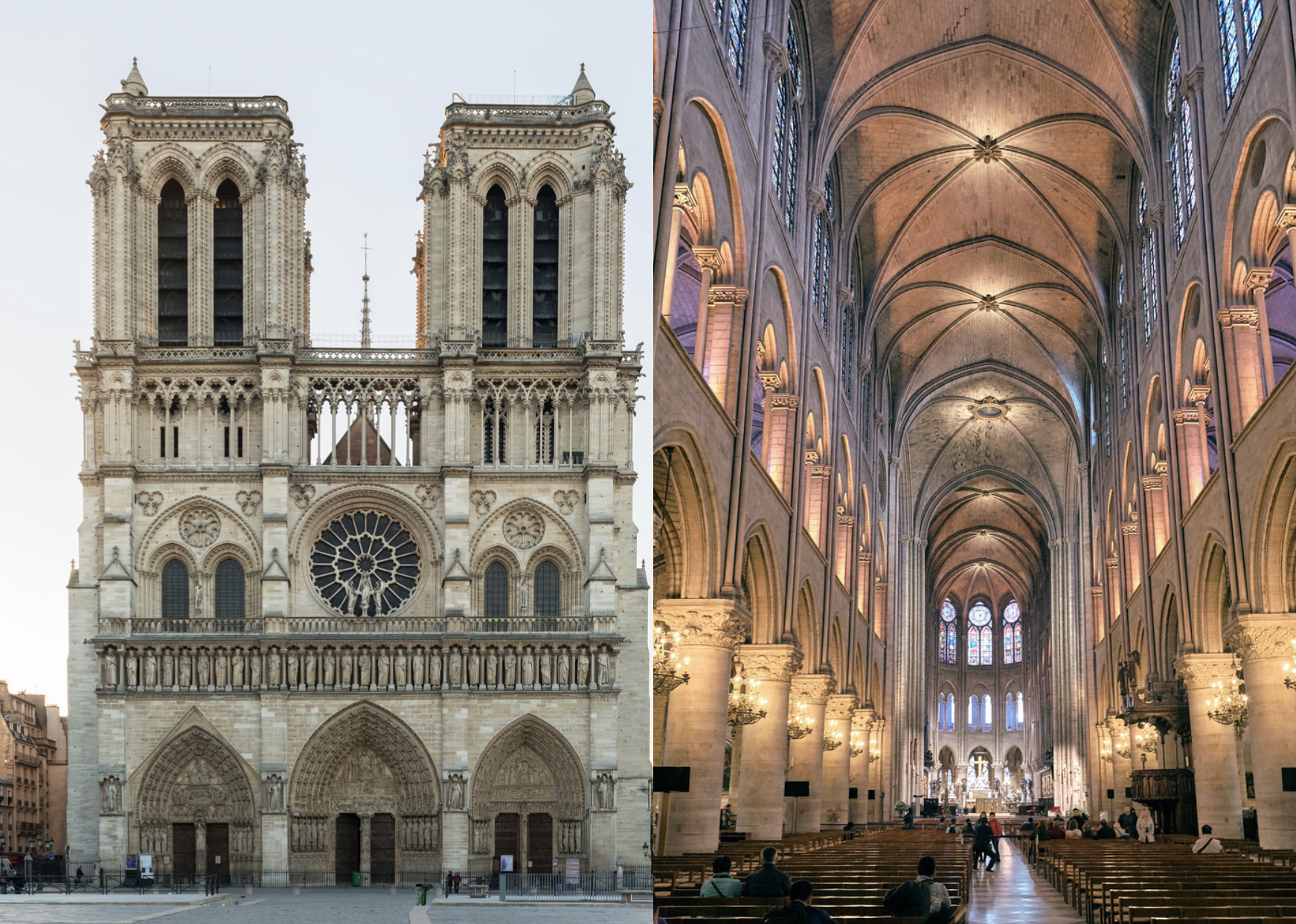 Experts debate the beginning date for the emergence of Romanesque architecture, but there is significant agreement that the 11th century is the high point when it flourished across Europe.

Romanesque architecture combines features of Roman and Byzantine buildings with other local traditions and is mainly recognized by its semi-circular arches, thick walls, massive towers, and barrel vaults.

Arcades are also a common Romanesque feature, serving both structural and decorative purposes.

Although the round arch was carried over from classical architecture, most medieval builders lacked the skill to build expansive domes, so their structures appear dense, relying on thick walls to bear the building’s weight.

How did the two periods of Romanesque architecture define themselves?

Some churches from the 2nd period have wheeled or rose windows, a precursor to their popularity in the Gothic period.

During the Roman Empire, architecture flourished and builders mastered the techniques of arches and domes with wide vaults, creating large interior spaces.

At the end of the Empire, building methods such as the rounded arch survived in Western Europe and continued to appear in churches, monasteries and palaces; however, other techniques, such as the displacement of weight to support expansive domes, were lost.

When did the Romanesque style of architecture begin to emerge?

Near the beginning of the 6th century, the Romanesque style began to emerge, building on the Roman arch and the architectural opportunities it presented.

Over the following centuries, the Crusades exposed Europeans to the churches of Constantinople where dome construction had continued unabated from the time of the Roman Empire.

This era of upheaval led to the construction of fortresses and the fortification of towns using Romanesque techniques. Perhaps the best-known Romanesque structure is the Tower of London, built by Norman the Conqueror in the 11th century. 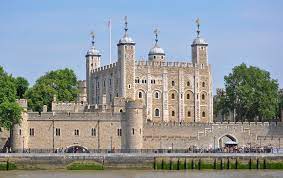 Gothic architecture emerged in the 12th century, building on the best features of Romanesque designs.

What are the similarities and differences between Romanesque and Gothic architecture?

If you want to define Gothic architecture, you must notice the difference between Romanesque and Gothic buildings. Where Romanesque buildings appear massive, Gothic structures are delicate and seem to defy gravity.

While Romanesque and Gothic architecture both used arches, buttresses and vaults in their architecture, the way these features were incorporated into buildings was strikingly different.

For example, Romanesque churches favoured round arches, while Gothic buildings had pointed arches.

What are the characteristics of Gothic architecture?

Adopted from Islamic designs, the most prominent feature of Gothic architecture is the tall, thin, pointed arch, drawing the eye upward and accentuating the cathedral’s height.

A key structural element in Gothic architecture is the flying buttress, a projecting stone structure that redistributes the weight of the roof and allows for thin walls and large windows. A range of decorative embellishments such as gargoyles, pinnacles, and spires also set Gothic architecture apart from other styles.

Romanesque architecture dominated Western Europe throughout the 11th century. But, in 1095 the Crusades began, drawing increasing numbers of noblemen and soldiers to Constantinople where they were exposed to Islamic architecture that had developed along different aesthetic lines though using many Romanesque techniques. Most notably, Islamic structures incorporated pointed arches and large domes.

Starting in France, Gothic architecture was known as ‘French Work,’ and the Abbey of Saint-Denis, built in 1134-44, is the first fully Gothic structure, using rib vaulting, flying buttresses and pointed arches.

Chartres Cathedral is the first example of High Gothic. Never widely used in Italy, Gothic architecture began to decline and lost dominance in the mid-15th century with the advent of the Italian Renaissance. 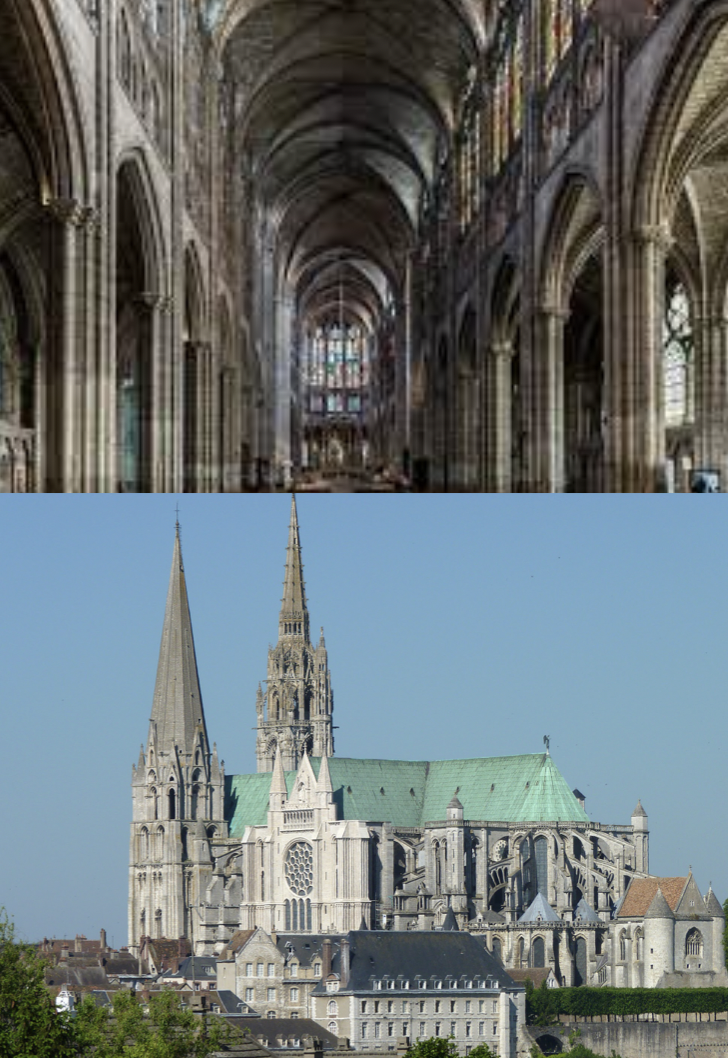 Romanesque arches are commonly found in arcades, doors, and windows, and smaller arches adjoining a large arch are characteristic of Romanesque design.

Round arches are often supported by columns cut from a single piece of stone. Because technology was lost after the fall of Rome, Romanesque builders could not solve the problem of outward thrust on weight-bearing arches, so vaults were narrow and buildings were relatively short.

Gothic arches originated in pre-Islamic times and were used in the Near East throughout the Romanesque period.

First used for lancet windows that were tall and extremely narrow, pointed arches soon became used throughout construction and are the most visible element of Gothic structures, giving cathedrals greater verticality, both in height and perspective.

From a religious point of view, Gothic arches were popular because they drew the eye upwards toward the heavens.

Cathedrals featured lavish pointed details with a pointed arch over a doorway topped by a pointed sculptural element and by pointed pinnacles at either side. Intersecting Gothic arches created rib vaulting, which helped solve the problem of outward thrust, making greater height and width of structures possible.

One problem in medieval architecture, particularly for cathedrals, was how to support the weight of the roof and still allow a wide enough space beneath for large numbers of people to gather.

One solution adopted by Romanesque architects was to build thick, strong walls, but they also had to add buttresses for additional support.

Buttresses are structural elements that project out from the wall to reinforce it and to transfer some of the weight of the vault to the ground. Romanesque buttresses were a solid mass that extended out in tiers from the supported wall.

Flying buttresses also displace weight from the vault, but they consist of an arch extending from the top of a wall to a massive pier.

Solving the problem of weight displacement, flying buttresses were a structural necessity, but they also enhanced the aesthetics of the Gothic cathedrals, becoming highly decorative exterior elements that further point the viewers’ eyes toward the heavens.

The Romanesque barrel vault is a series of round arches placed side by side to create a semi-cylindrical design.  Because arches create outward thrust against the walls that support them, Romanesque architects made their walls thick and strong with few, small windows.

They sometimes placed multiple vaults parallel to each other so the outward thrust from one would counteract the thrust from the other. However, the walls of the outermost vault usually required buttressing.

Gothic architects used rib vaulting to solve the problem of outward thrust by placing gothic arches into a diagonal framework that evenly displaced the weight,  enabling the buildings to be taller and thinner and making thick walls unnecessary.

Pointed arches could be raised as high over a narrow span as over a wide one, so churches could be taller and have more windows. The arches are located at the vault’s joints and carry the ceiling’s weight.

Pisa Cathedral and Tower are among the most impressive Romanesque architecture examples in the world.

The exterior is marble, built in a symmetrical design with arched doorways and sculpted doors added during the Renaissance. Although the cathedral was originally planned on the model of the Greek cross with 4 equal arms, it was later modified to the Latin cross footprint.

More than 40 round arches adorn the front of the building as beautiful examples of the Romanesque style.

What defines the Leaning Tower of Pisa?

The Cathedral’s bell tower, famously known as the Leaning Tower of Pisa, is an extraordinary example of Romanesque design with 8 stories of round arches.

Started a century after the cathedral, the tower took 226 years to complete.

This tower currently ‘leans’ at a 4 degree angle. The building began to shift during construction due to a weak foundation and soft soil. However, because of political unrest, construction was halted for nearly a century, giving the ground time to settle and limiting the amount of shifting.

The tower has continued to tilt slowly over time, however, and at its worst was at a 5.5 degree angle. Remediation in 1990 and 2013 has helped to stabilize the building and return it to a 4 degree lean. 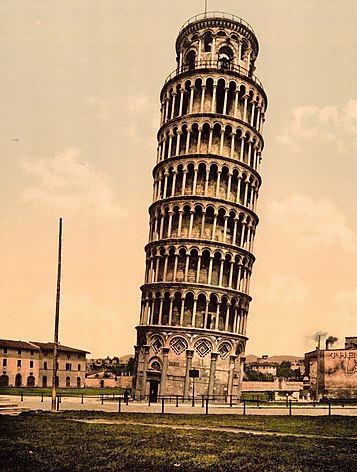 Built between 1163 and 1260, Notre-Dame de Paris is one of the finest Gothic cathedrals, boasting rib vaulting, flying buttresses, intricate and colorful rose windows and sculptural decoration.

In the early 1200s, transepts were added to the choir to bring in more light. The 4-part ribbing made the roof stronger so that it could be higher.  In the late 1240s, a gabled portal was added to the north transept, completed with a spectacular rose window.

In 1258, the same addition was made to the south transept creating the familiar front of the cathedral.

Flying buttresses were also added in the 13th century, making it possible for the walls to be higher and thinner. The cathedral has been under construction, renovation or repair throughout her 850 year history, most recently suffering severe damage in a disastrous fire in 2019.

Despite modifications and damage, Notre-Dame remains the iconic example of French Gothic construction.