We’re a group of engineers and scientists obsessed with learning. 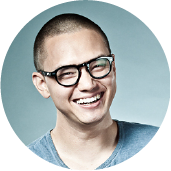 Curious about everything. Likes building products at the intersection of society/psychology and technology. Founded Qriously with Abraham (exit 2019). When he’s not working on Kinnu, he’s climbing, riding anything with 2 wheels or camping with his dog, Winston. 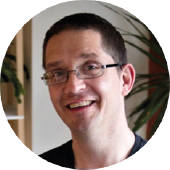 Tried to start a university once with Chris, didn’t work out – hence, Kinnu. Likes most computer stuff and creating 3d printed gadgets for his daughter. Together with Chris, founded Qriously (exit 2019). 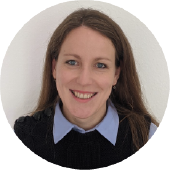 Hanna holds a degree from Harvard University, earned her PhD in Human Computer Interaction Design focusing on social online learning design from Newcastle University, and has worked at Google, Deliveroo and FutureLearn. Her dream is to change the way a billion people learn through product design. She’s a passionate skier and debater, and can magically engage in both at the same time. 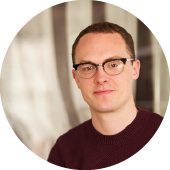 Dan has been experimenting with new ways of learning ever since he took a job in an art gallery getting teenagers to care about contemporary art (not an easy task). Madly passionate about the power of game design to transform and inspire, Dan has designed award-winning gameful learning experiences for organisations such as The International Federation of Red Cross and Red Crescent Societies, INTERPOL and others. In a previous life he was a Rockstar but is doing much better now thanks for asking. 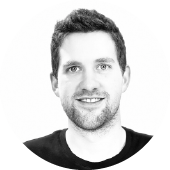 With an interest in social education products that spans the last decade, Ed is a software engineer with a passion for design. Previously CTO at Hubub, Ed was responsible for driving the development of a scalable SaaS product enabling large communities to effectively communicate asynchronously and online through threaded-discussion, anchored to video. Previous to this Ed has built several iOS applications including map-based review services and social networks for niche communities. 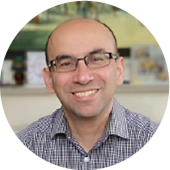 Learning is Ahmed’s hobby. When not learning, he’ll be meta learning (learning how to learn). Has been a software developer, an entrepreneur, and an academic. Has a PhD in interactive surfaces and collaborative learning, and more than 45 research publications on educational technology. Splits his time between doing research on educational technology and teaching human-computer interaction at Newcastle University, and putting everything he knows about learning and technology into an app at Kinnu!! Learned to code before learning English.

Hugh is an editor and writer with a passion for making complex ideas accessible. He holds a master’s degree in English Literature and had originally planned to be an academic. However, his true passion lies in democratising learning for everyone. When he isn’t writing, he’s rock climbing, and occasionally mixing techno records.