Kinnuverse » History » 10 Battles Which Changed the World » What key events and factors led to the French defeat at the Battle of Waterloo in 1815?

What key events and factors led to the French defeat at the Battle of Waterloo in 1815?

Napoleon set out to conquer Europe, but an allied army of English and Prussians stood in his way. 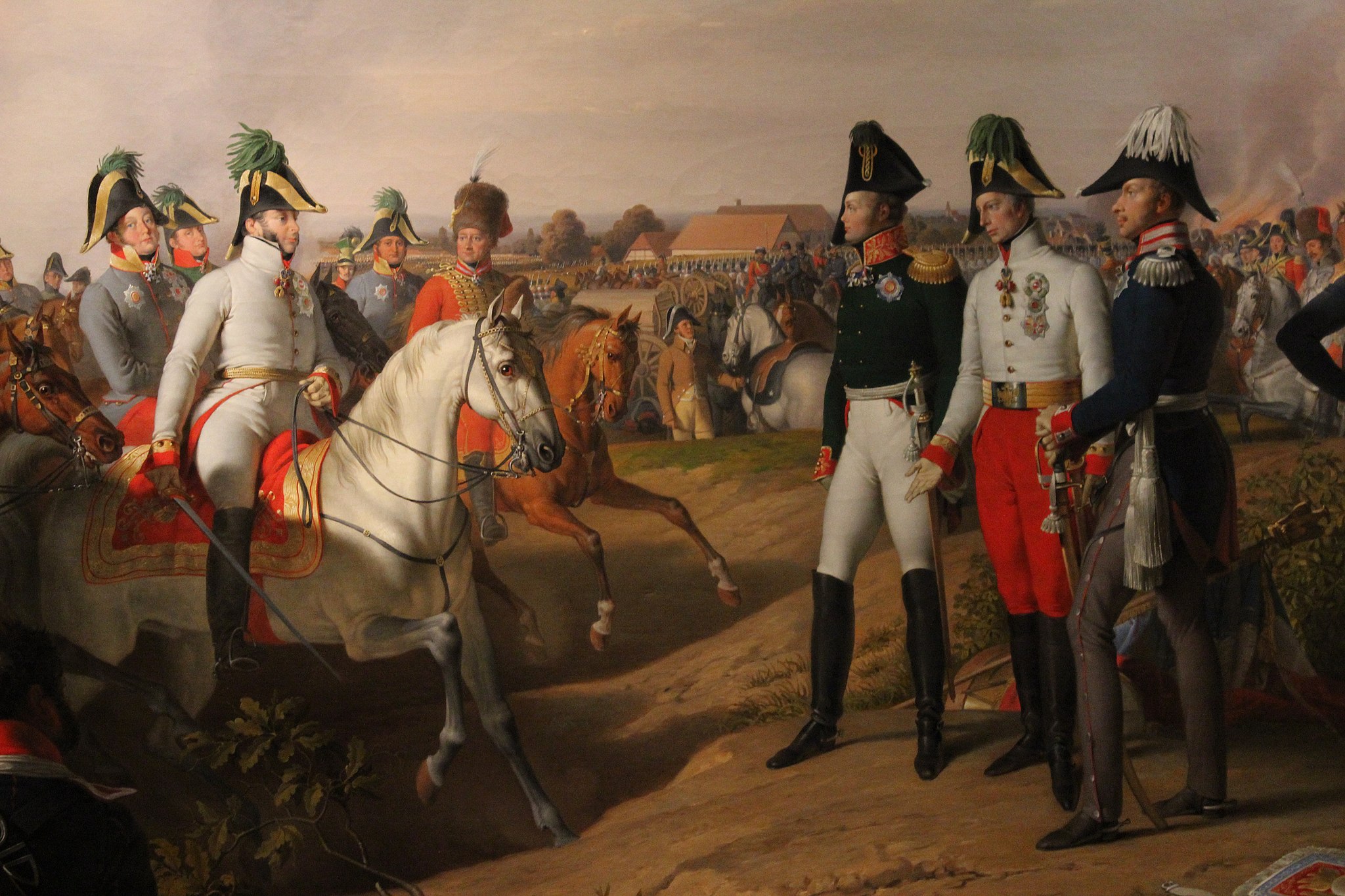 The French Revolution was a defining moment in world history, showing that the united strength of common people had the power to topple a monarchy. In 1793 CE, King Louis XVI was executed by the French people, followed by his wife, Marie Antoinette, a few months later.

This sent shockwaves across the globe. Established monarchies, many of which had ruled their kingdoms for hundreds of years, looked suddenly vulnerable. This helped to spark the Haitian Revolution of 1791, the Irish Rebellion of 1798, and the Spanish American wars of independence, where South American nations broke free from the Spanish crown and began to govern their countries independently.

After the abolition of the French monarchy, a republic was established in its place. At the head of this republic was Napoleon Bonaparte, a sharply ambitious military leader who had risen to prominence during the French Revolution, winning a number of battles against royalist forces. He is often remembered as a short man, but this is a misconception. He was 5’5, which was close to average for men at the time. 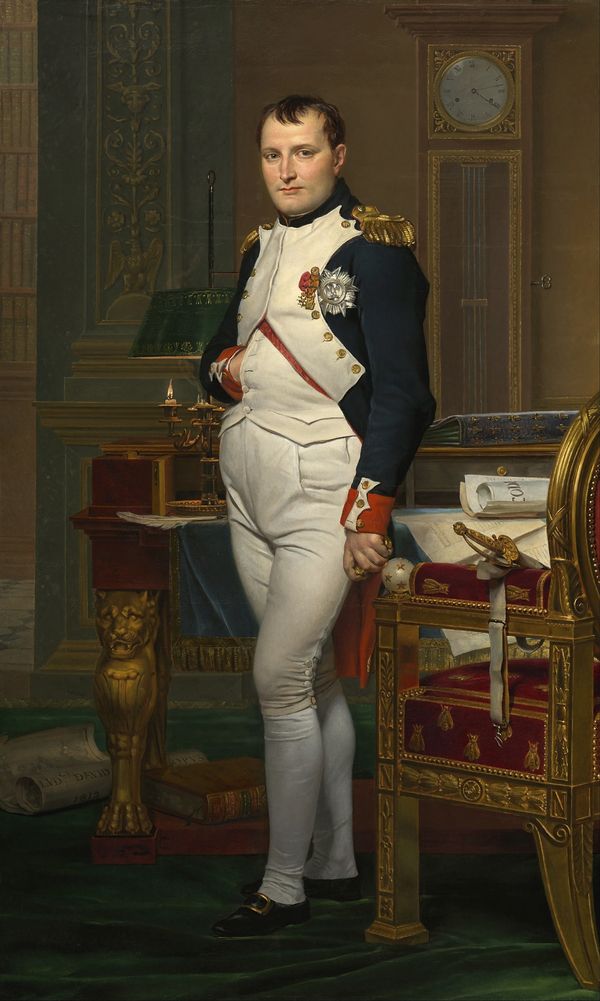 Napoleon Bonaparte was a passionate nationalist, whose first priority was to turn his country into a global power. In 1804, he officially declared himself the emperor of France, before starting to conquer the rest of Europe.

Napoleon revolutionized modern warfare, building fast-moving armies which could move from place to place before the enemy had time to properly prepare. They carried lighter weapons, and did not bother to bring any food supplies with them. Instead, they foraged what they needed from the surrounding landscape, raiding towns and farms as they passed.

At the height of its power, the French Empire controlled most of western and central Europe, including Spain, Italy, and the Holy Roman Empire. In 1812, Napoleon set his sights upon Russia, but this decision proved disastrous. The French struggled to forage enough food along the way, and in their weakened state, they were defeated at the Battle of Leipzig. Napoleon was forced to abdicate the throne and go into exile on the Mediterranean island of Elba.

Napoleon’s exile on the island of Elba lasted less than a year. In 1815, he returned to Paris, where he was welcomed by cheering crowds. Fearing another wave of French attacks, a coalition of allied countries, including Russia, Britain, Austria and Prussia, prepared for war.

These countries had hoped to combine their forces into a single army, but before they had the chance, Napoleon launched one of his notoriously quickfire attacks. He marched into Belgium, where the British army and the Prussian army were camped a few miles apart. Napoleon targeted the Prussians first. As the French advanced, he rallied his troops: “the moment has come to conquer or perish!”

The Prussian army was decimated, but the French attack didn’t go entirely to plan. A chunk of the Prussians managed to escape from the battle. The French did not know it at the time, but this escape would come back to bite them. 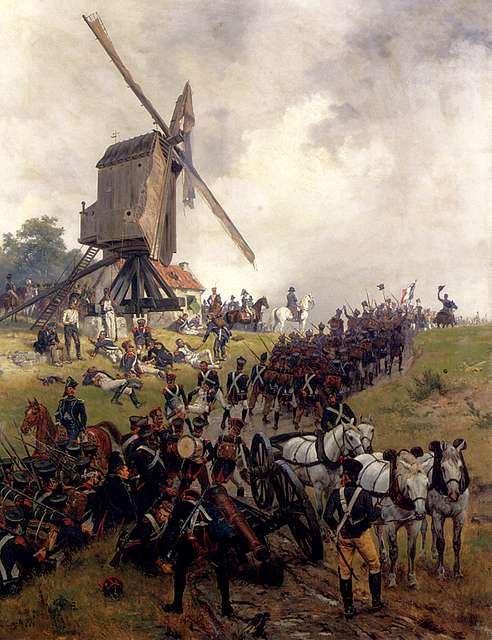 The Battle of Waterloo

After defeating the Prussians at the Battle of Ligny, Napoleon turned his attention to the British, where they were camped near the village of Waterloo. The British army, led by the Duke of Wellington, took up a defensive position at the top of a ridge.

When they arrived at the ridge, Napoleon made his army wait. The ground was wet after a recent rainstorm, and he wanted it to dry, so that the mud wouldn’t slow his soldiers down. This decision proved to be a grave mistake. The delays gave the remnants of the Prussian army enough time to circle back to Waterloo. The French found themselves suddenly outnumbered, with the British and the Prussians attacking on both sides. Napoleon was forced to stage a chaotic retreat.

More than 10,000 soldiers were killed at Waterloo, most of them French. This defeat marked the end of Napoleon’s dream of conquering Europe. He returned to France in tears, before abdicating the throne for the second time in three years. 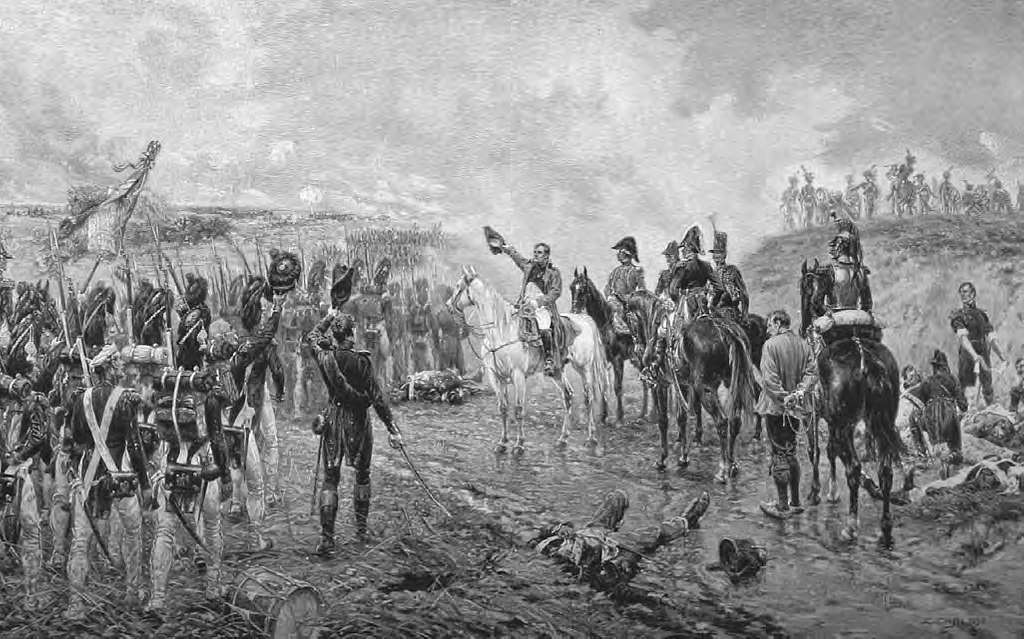 After the Battle of Waterloo, Napoleon went into exile on the island of Saint Helena. This time, he never returned. He spent 6 years on the island, until he died of stomach cancer at the age of 51. In his final will, Napoleon wrote the following: “I wish my ashes to rest on the banks of the Seine, in the midst of that French people which I have loved so much.” Instead, his body was buried on Saint Helena.

Napoleon’s demise led to a period of peace in Europe, which lasted for almost a hundred years. This period of peace is sometimes referred to as Pax Britannica, or ‘British Peace’. The victory over France had left Britain with no serious international rivals, leaving them to assume the role of global policeman, maintaining peace on British terms.

The nation’s previous rival for global power, the Spanish Empire, had dwindled in the centuries since the Battle of Gravelines, suffering greatly during the Spanish American wars of independence. After the Battle of Waterloo, Britain’s influence was completely undisputed. 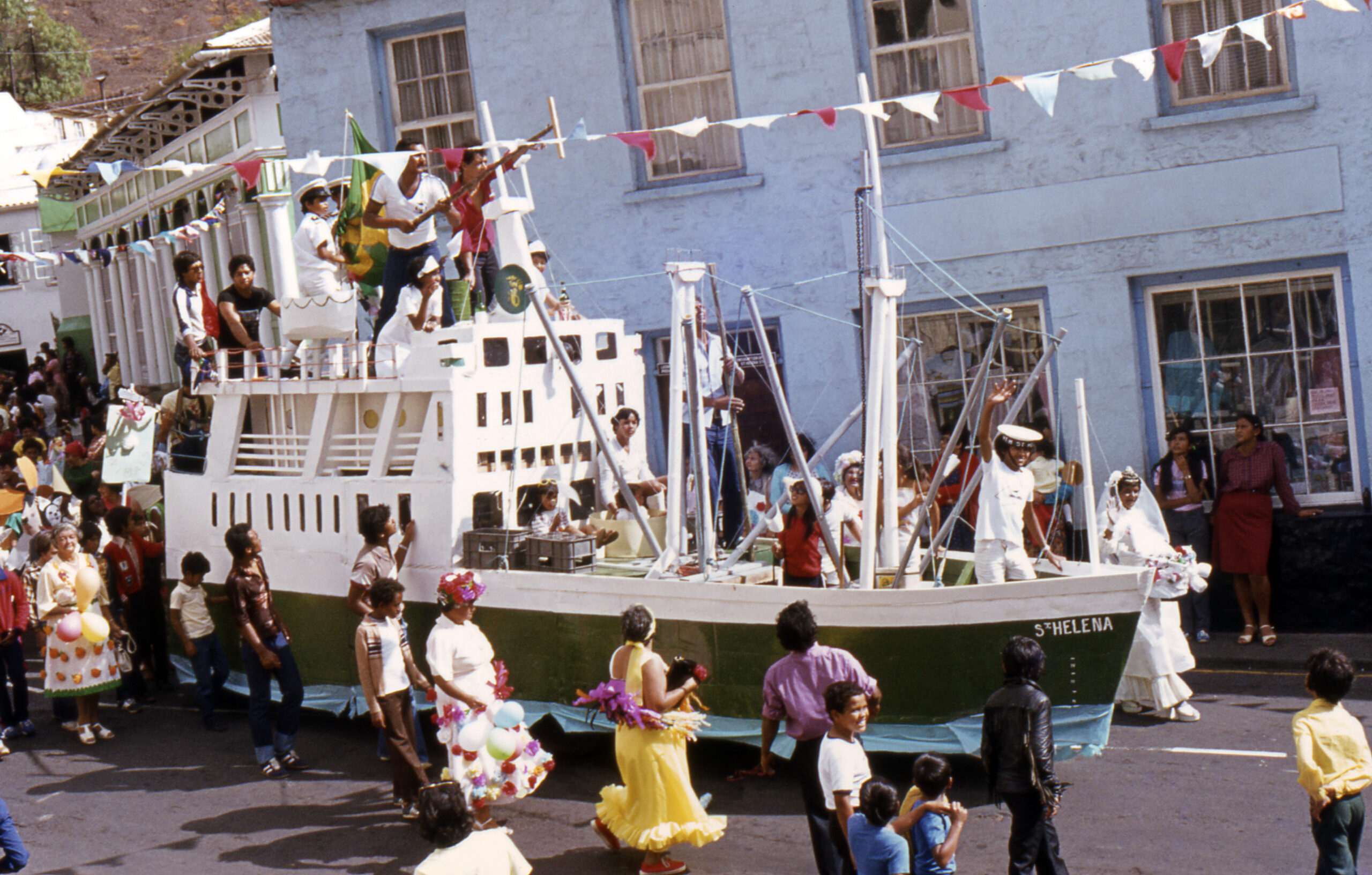 The birth of Germany

While Britain flourished in the years following the Battle of Waterloo, their allies in the battle, the Kingdom of Prussia, also went from strength to strength. While the country no longer exists today, it forms a significant portion of modern Germany, which has grown into one of the most powerful nations in the world.

For hundreds of years, Prussia had been part of the Holy Roman Empire, a collection of states which had clung together since the coronation of Charlemagne in 800 CE. In 1806, these states were claimed by Napoleon’s forces, but after the Battle of Waterloo, the French were forced to withdraw. In 1815, a new entity was created to replace the Holy Roman Empire: the German Confederation. 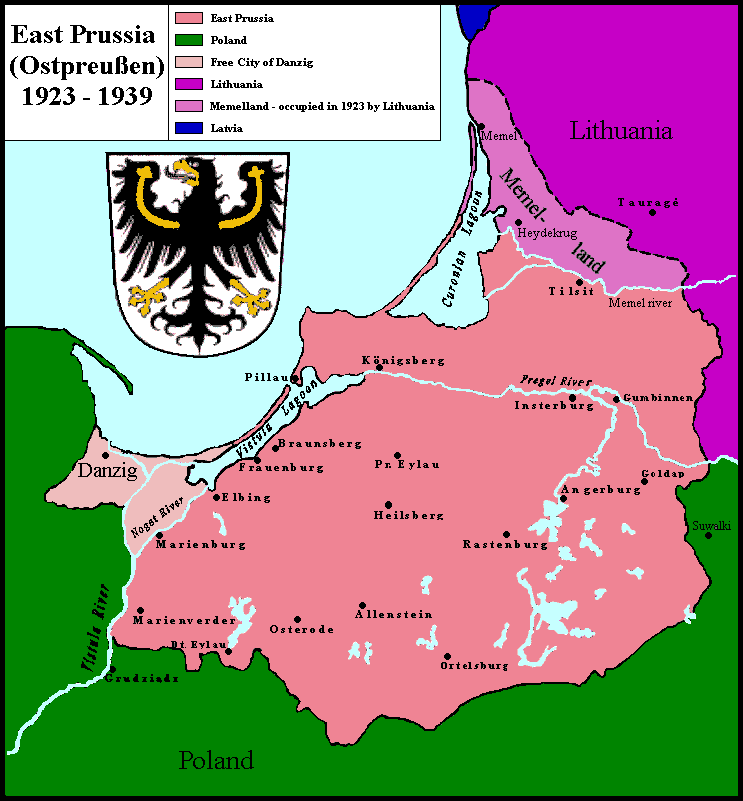 What if the French had won?

If the French had won at the Battle of Waterloo, then Napoleon may have gone on to achieve his dream of conquering all of Europe. The Pax Britannica period of history would never have taken place, with a Napoleonic Era unfolding across the continent instead.

As the emperor of France, Napoleon stripped the rights of women, as well as reinstating colonial slavery. Presumably, he would have made similar changes across Europe, drastically reducing the personal freedoms of millions of people. He was also staunchly anti-democratic, and would have probably blocked the growth of democracy where it was developing in places like Britain.

Another impact of a French victory would have been the disappearance of the German nation. If the French had won the Battle of Waterloo, they would have retained control over the former states of the Holy Roman Empire. World War One, led by Kaiser Wilhelm II, would never have come to pass, and the same is true of World War Two, led by Hitler and the Nazi Party. In other words, had the French won the Battle of Waterloo, millions of lives might have been saved.

There is no shortage of sources from the Battle of Waterloo, including letters and journal entries from a number of soldiers who were directly involved in the conflict. For example, in a letter written by the Duke of Wellington, we learn that the British victory did not come without loss: “My heart is broken by the terrible loss […] my old friends and companions and my poor soldiers.”

However, Wellington points out one of the problems with using primary sources to understand a historical battle. Warfare is crowded and chaotic, which makes it hard for an eyewitness to recall events with perfect clarity: “no individual can recollect the order in which, or the exact moment at which, they occurred.” Their memories will also be blurred by their emotions, either triumph or remorse, or in the case of Wellington, a little bit of both.

Historians can try to clarify accounts by comparing them with archeological findings. Unlike a number of older battles, the Waterloo battlefield can be visited and studied today. Where a written source can be prone to biases, a preserved skeleton is a more reliable, empirical source.

In 1852, a couple of decades after the fall of Napoleon’s French Empire, a new ruler took to the throne: Louis-Napoleon, the nephew of Napoleon himself. He wanted to continue what his uncle had started, and his reign is sometimes known as the Second French Empire.

This imperial period wasn’t entirely unsuccessful. Louis-Napoleon focused his attention on overseas territories, and managed to set up colonies in Southeast Asia and parts of Africa. He also briefly established control over Mexico, until the Mexicans fought back and the French were forced to withdraw.

However, the Second French Empire was ultimately short-lived. Prussia was growing as a political power, and under mounting pressure from the French public, Louis-Napoleon reluctantly declared war on them. He was swiftly defeated and dethroned, and spent the rest of his life in exile, exactly like his uncle. 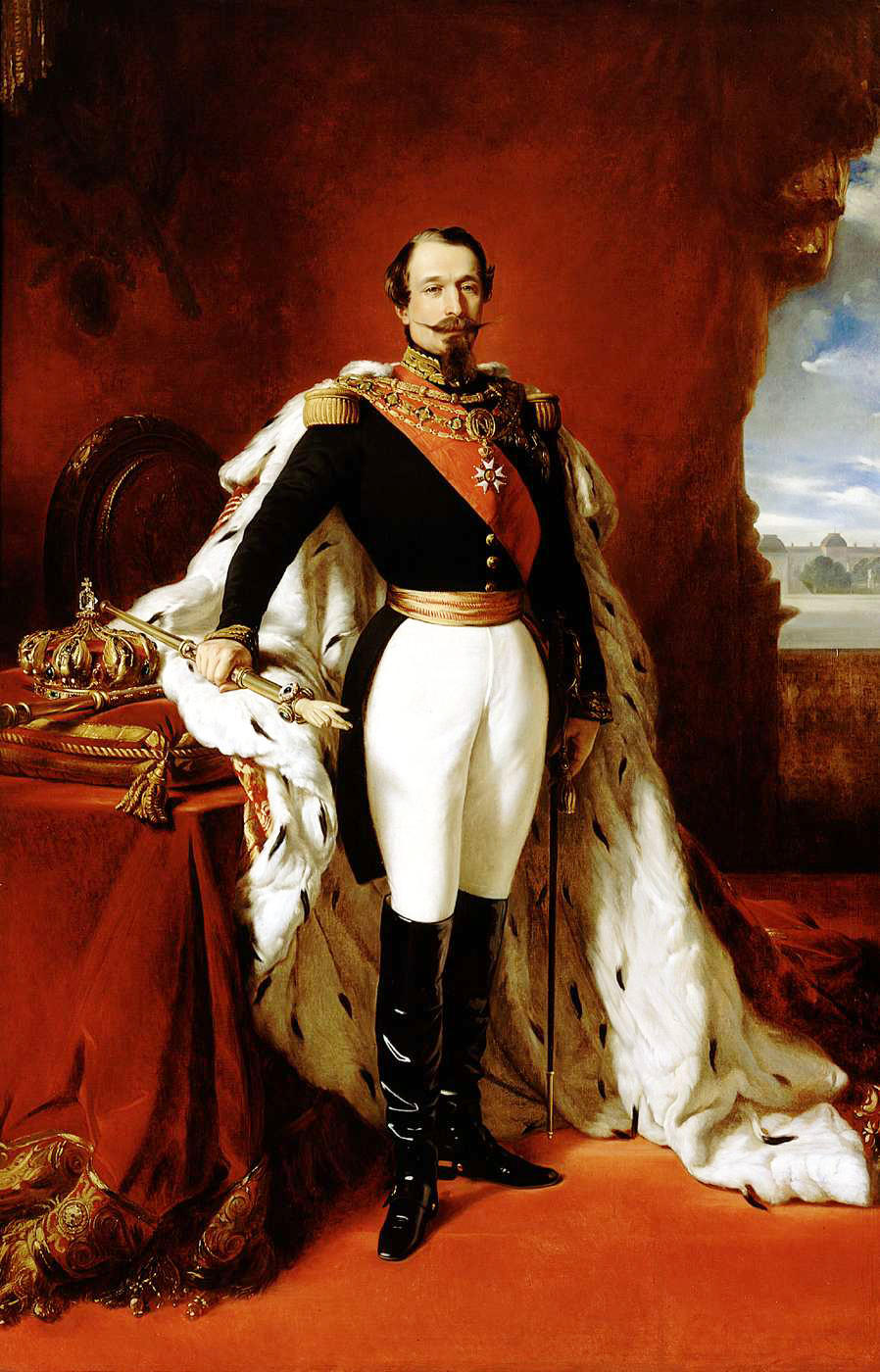