Kinnuverse » History » 10 Battles Which Changed the World » Why was the Battle of Hastings important? (1066 CE)

Why was the Battle of Hastings important? (1066 CE) 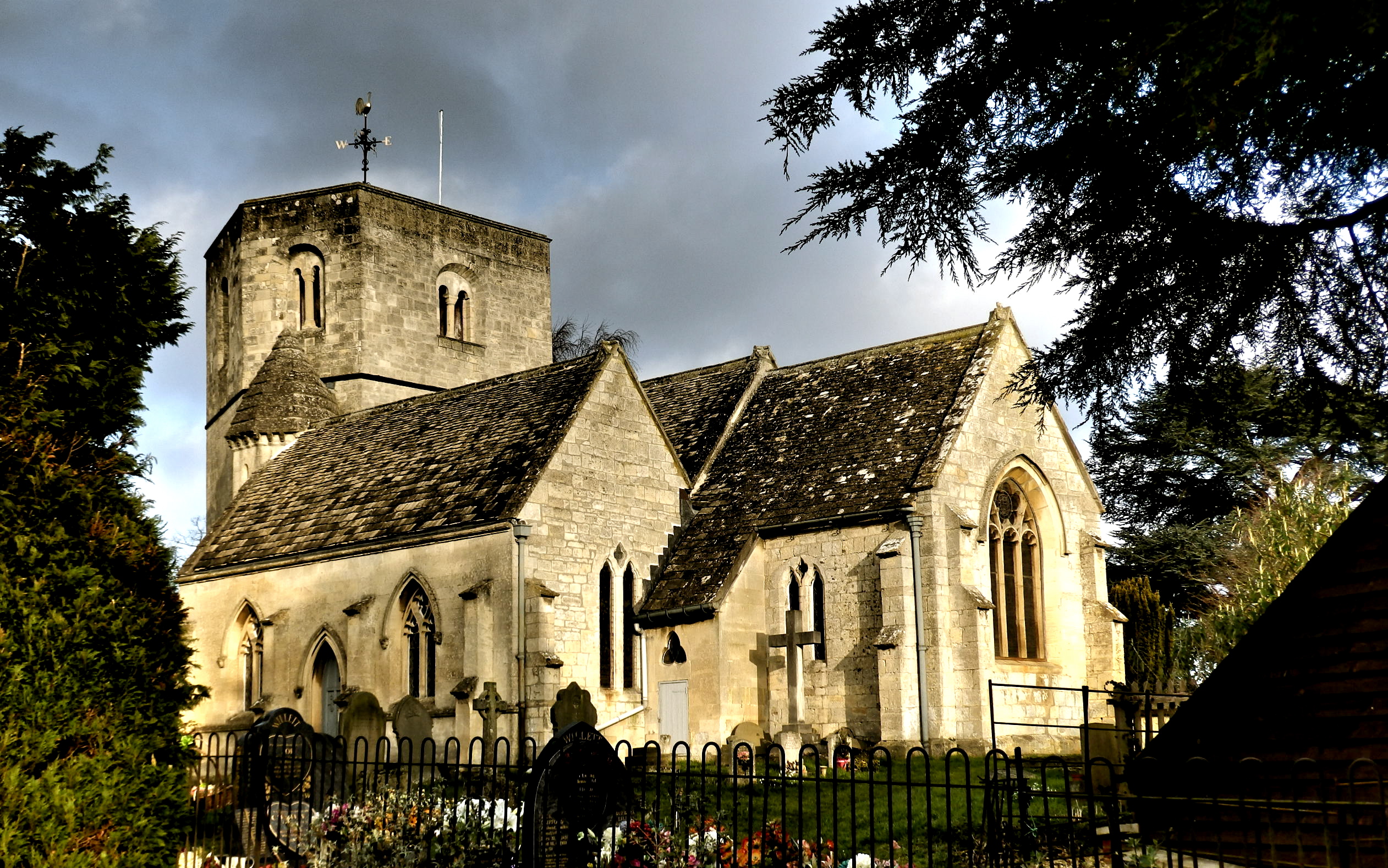 After the fall of Rome, Britain was claimed by migrating peoples from Germany and Denmark. They were collectively known as the Anglo-Saxons, and Britain was transformed under their rule. They introduced kings and queens, and the Old English language, from which Modern English is derived.

In 1042 CE, a new king ascended to the throne. His name was Edward the Confessor, and he is mainly remembered for being a devout, pious Christian. Despite being king, Edward wasn’t the richest man in the country. This position was held by Godwin, Earl of Wessex. In 1045 CE, Godwin arranged for his daughter, Edith, to marry Edward. If they produced an heir, the Godwin bloodline would ascend to the throne, while Godwin himself would become grandfather to a king.

But Edith and Edward never produced an heir. Norman sources said that the pious king had previously taken a vow of celibacy, but modern historians have another theory. They believe that Edward the Confessor hated Earl Godwin, and refused to have children with his daughter. 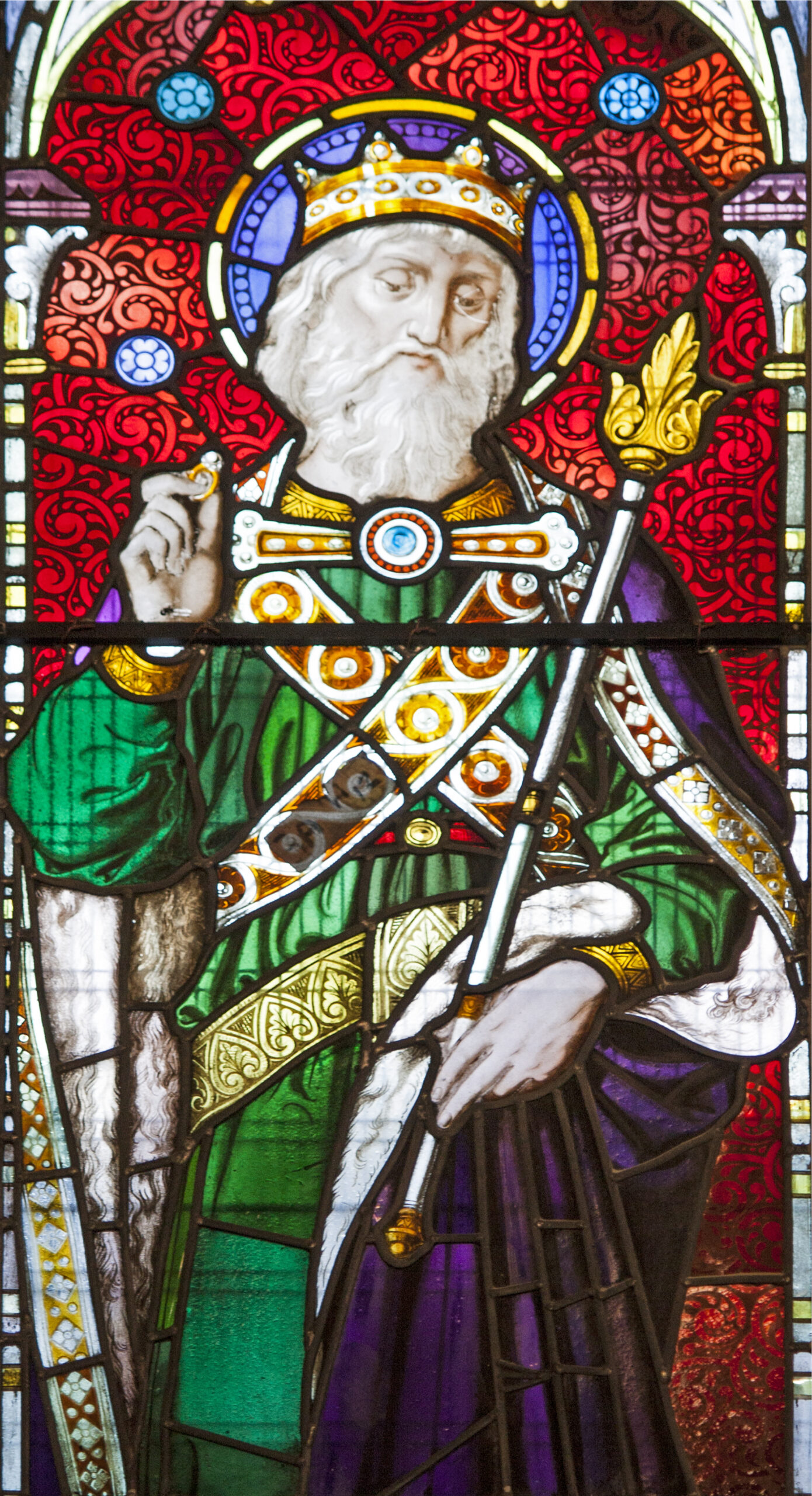 Dispute for the throne

When Edward the Confessor died, at the beginning of 1066, his lack of heir led to an ascendancy crisis. There were four potential candidates for the throne, each with different strengths and weaknesses. A royal council – the Witan –  was hastily assembled, and given the urgent task of selecting Britain’s next king.

It did not take long for the Witan to come to a decision, and on January 6th, just a single day after Edward’s death, Harold Godwinson was crowned King of England. Harold was the son of Earl Godwin, but unlike his father, his relationship with Edward had been extremely positive. Edward had actually promised the throne to Harold Godwinson while lying on his deathbed, a fact which the Witan had taken into account when deciding on their choice of king.

The rejected candidates were as follows: William of Normandy, an ambitious duke from northern France; Harald Hardrada, the King of Norway; Edgar Atheling, the great-nephew of Edward, only a teenager at the time and too weak to hold a royal throne.

The Battle of Stamford Bridge

Despite the Witan’s decision to crown King Harold, the other candidates for the throne refused to give up without a fight. In the September of 1066 CE, Harald Hardrada, the King of Norway, assembled an army of 10,000 men. He landed in the north of England, captured the city of York, then prepared to launch an attack on the rest of the kingdom.

Harold Godwinson was forced to launch an immediate defense of his new throne. He led his army to York with astonishing speed, traveling 185 miles in just 4 days, and caught the Norwegian forces by surprise. In a decisive victory, the majority of the Norwegian soldiers were killed, including Harald Hardrada himself. King Harold, meanwhile, only lost one third of his total force.

But this battle was only the beginning. As the fighting drew to a close, Harold received word that another one of his rivals, William of Normandy, had arrived in the south of England. Harold was forced to march back south for another round of fighting. 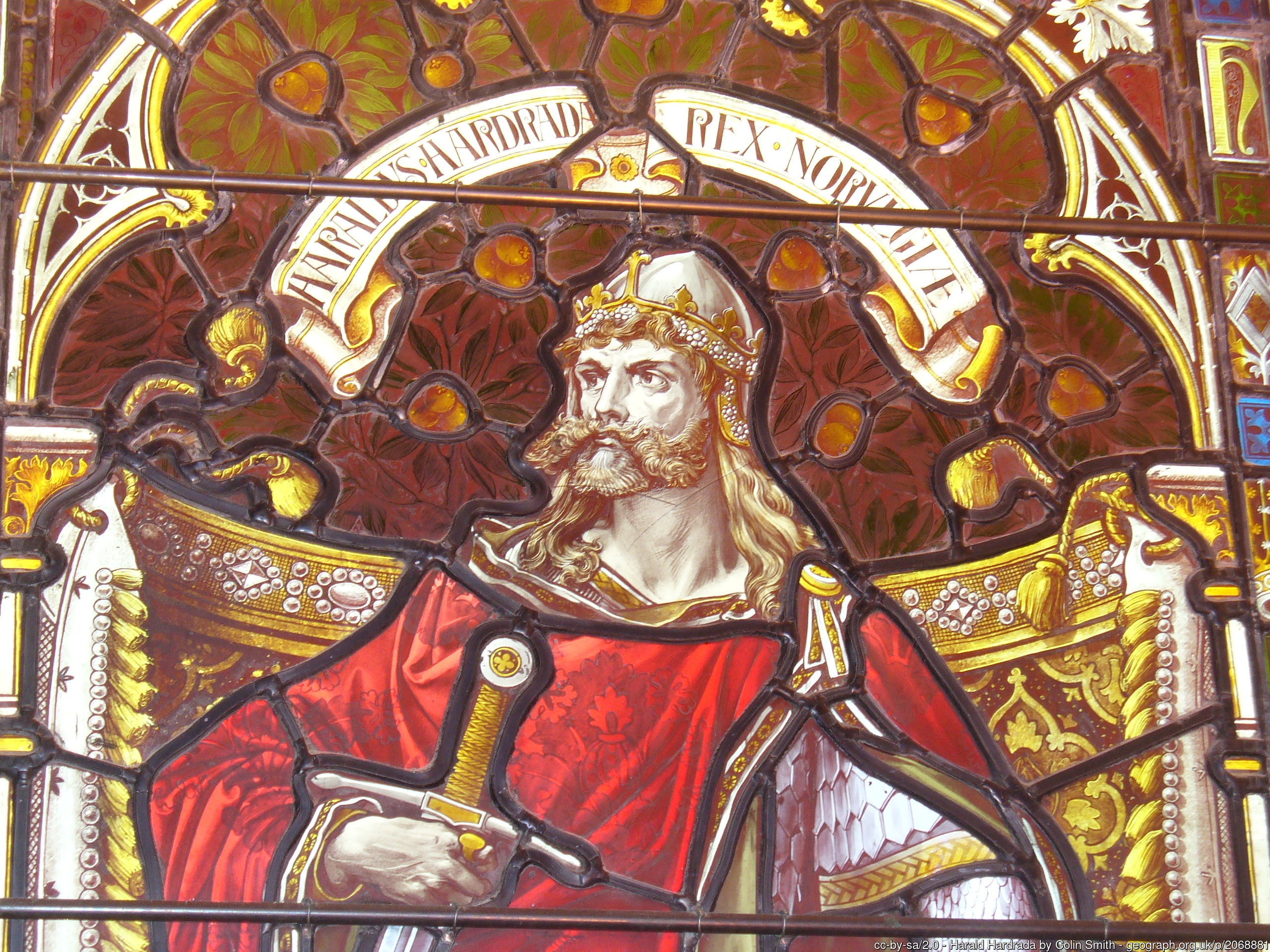 After marching to York, fighting the Norwegians, then hurrying back to the southern coast, Harold’s army was exhausted, depleted, and teetering on the brink of collapse. Many of his soldiers didn’t make it, and Harold had to recruit new men from towns and villages along the way. These men were generally farmers and laborers with no previous fighting experience.

When they arrived at Hastings, in the south of England, Harold urged his ragtag army to take a defensive position on a small hill. He managed to arrange them into an impressive shield wall, before waiting for the Normans to attack. William ordered his archers to fire at Harold’s army, but the shield wall prevented damage. William launched his infantry, then his cavalry, but these attacks were failures too.

At one point, the Normans panicked, after hearing rumors of William’s death. William quickly rode to the front of the army and lifted his helmet to show his men that he was still alive. He proceeded to lead another attack on the shield wall, but it was no more successful than the others.

After failing to break the English shield wall, William tried a military strategy known as a feigned retreat: pretending to flee from the battle in the hope that the enemy would take chase. Under normal circumstances, this wouldn’t have worked, but some of Harold’s less experienced soldiers made the mistake of breaking rank.

The shield wall crumbled. The Normans spun around to launch another attack. An arrow hit and killed King Harold, who was fighting with his men on foot. He is commonly believed to have been pierced through the eye, but this claim has been questioned by a number of historians. His exact cause of death remains a topic of scholarly debate.

Whatever it was that killed him, the loss of Harold was a devastating blow. The English army lost their discipline, and most of them were massacred by the Norman forces in a decisive, bloody victory. The site of the battle became known as Senlac – ‘blood-lake’ in Norman French.

After defeating the forces of Harold Godwinson, William of Normandy, now William the Conqueror, marched to London. On Christmas Day in 1066, the Witan reluctantly crowned him king. Some people tried to resist this appointment, but King William brutally repressed this opposition, slaughtering thousands along the way.

The Normans proceeded to transform the British kingdom. In the first 20 years, they built nearly 700 castles, many of which can still be seen today. They tore down Anglo-Saxon churches, replacing them with versions built in the Norman style, with large towers and decorative arches. These buildings were a symbol of Norman strength: the castles represented military power, while the churches signified religious authority.

They also made changes to the system of government, with William reducing the power of earls, so that nobody could challenge him in the way that Earl Godwin had challenged Edward the Confessor. This change was effective, allowing William’s descendants to hold the throne for almost a thousand years. Even the current monarch, King Charles III, is William’s direct descendant.

What if the Anglo-Saxons had won?

If Harold Godwinson had defeated William at the Battle of Hastings, the Normanization of the British kingdom would never have taken place. The great, stone castles which litter the country would never have been constructed, while churches and cathedrals would have remained in an Anglo-Saxon style.

William’s descendants had an impact on countries all across the world, from America to India, from Canada to Egypt, from South Africa to Australia. If the descendants of Harold Godwinson had ruled in their place, there is no way of knowing what the world would have looked like, but one thing is certain: it wouldn’t have been the same. 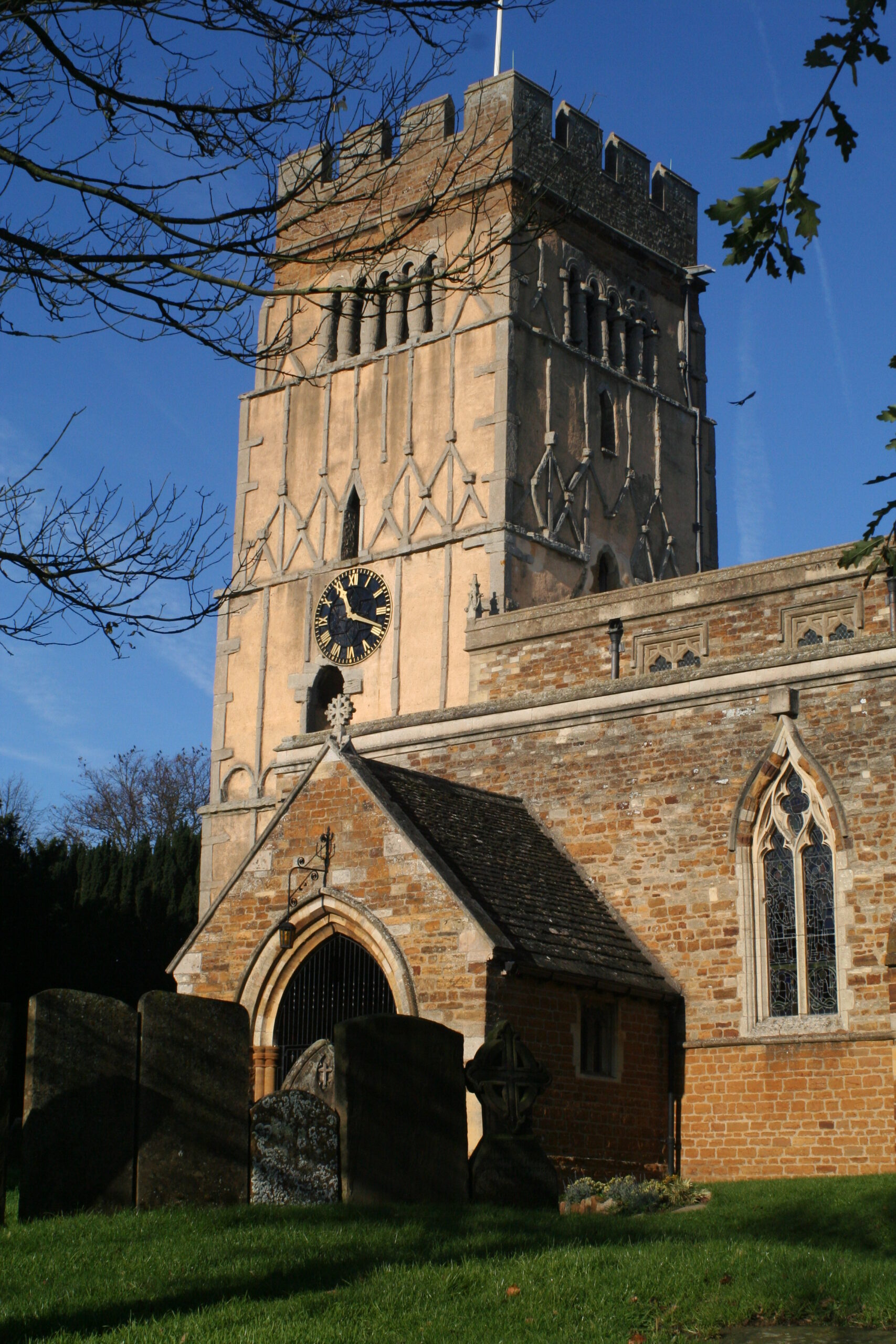 In contrast to several earlier battles, the Battle of Hastings was recorded by a number of contemporary sources, including one possible eyewitness account. The Anglo-Saxons and the Normans both valued literacy, with their priests and monks making an effort to keep records of important events.

William of Poitiers was a Catholic priest who worked closely with William the Conqueror. It is difficult to know for certain, but there is every chance that he was present at the Battle of Hastings. In The Deeds of King William, he wrote an extensive report of the battle, describing how William confronted the “vast forces of English” and “was the first to charge forward, sword flashing.”

William of Poitiers might have overstated the size of the English army. Anglo-Saxons spoke differently of the battle, with William of Malmesbury, an English historian, explaining how the English were “few in number.” This discrepancy is easy to explain: the Normans wanted to exaggerate the scale of their victory, while the Anglo-Saxons wanted to downplay it as much as possible.