Kinnuverse » Culture » A Fresh Look at Contemporary Art » What is Neo-Expressionism?

Learn key elements of 1980s Neo-Expression and its origins as a revolt against Minimalism, and become familiar with the many subgroups that brought Neo-Expressionism to the world. 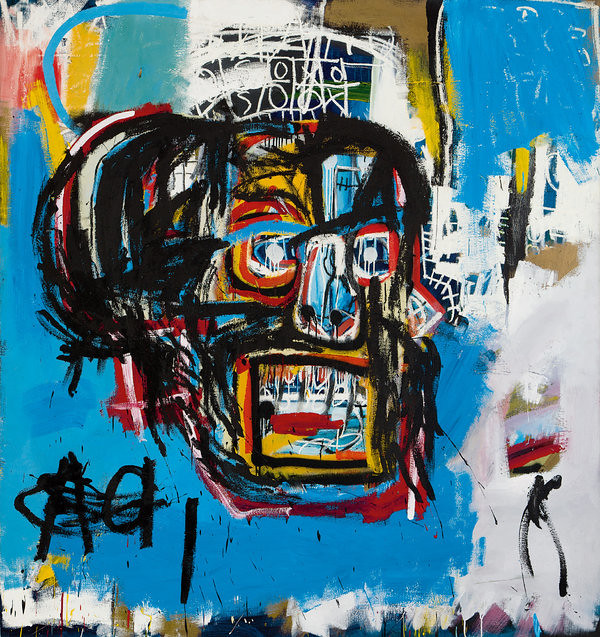 What type of art is Neo-expressionism?

Neo-Expressionism has much in common with Figurative painting. The difference between contemporary expressionism and Figurative Art lies in portraying recognizable objects generally, including but not limited to the human body.

It also emphasizes a particularly expressive and colorful art style.

When did Neo-expressionism start and end?

Like contemporary Figurative Art, Neo-Expressionism was born out of growing frustration with the artistic movements of the 1970s, including minimalism, non-representational art, and an overall tendency toward highly abstracted, highly intellectualized art.

Neo-expressionism art dominated the art market until the mid 1980s.

What are the characteristics of Neo-Expressionism?

Neo-expressionism sought to close the gap between the world of Fine Art and everyday audiences by using recognizable figures while maintaining an emotive, expressionist (as opposed to realist) style that often bordered on the violent.

Neo-Expressionism found its height of popularity and creation in the mid-1980s. Although there are some notable pieces of American art in the genre, the iconic pieces of the movement came out of Europe and the UK. 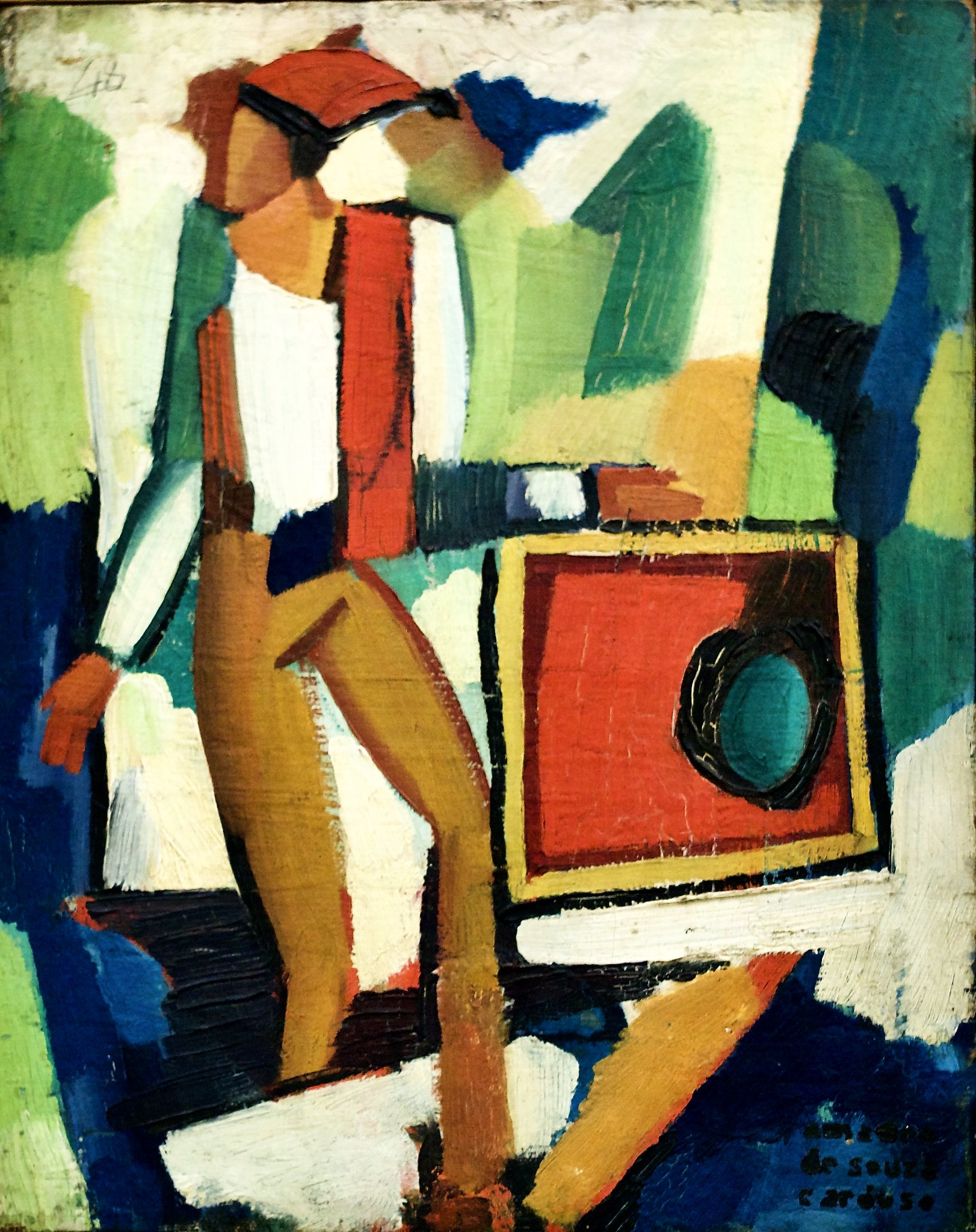 What Makes a Painting Neo-Expressionism?

Although Neo-Expressionism does not have a single unifying style, there are many elements particular to the movement. Common identifying factors include a rejection of traditional composition and pictorial ideals, primitivistic presentation of objects and use of color (particularly primary colors), and a brittle emotionalism.

Why did Neo-Expressionism Art Start to be Created?

In terms of theme, much of the Neo-Expressionist movement was born largely in response to modern urbanism.

Variations of Neo-Expressionism were cropping up across the Western art world throughout the 1970s and 80s, and only later did they begin to be discussed as a single entity.

Is there a Neo-Expressionism definition?

Because of this, there is no single definition or reason for Neo-Expressionism. However, Neo-Expressionist movements commonly came into existence as a response to the unique contemporary social and political troubles of an area. Therefore, most Neo-Expressionist art exhibits disillusionment with current systems and traditions both from the art world and the world at large.

Who is the father of Neo-Expressionism?

Neo-Expressionism was envisioned as a return to the Expressionist movement of the early 1900s.

Though the resulting dominant style of contemporary Neo-Expressionism is quite different from many of its predecessors, these artists looked at painters such as Edvard Munch, Pablo Picasso, and Willem de Kooning as their inspiration.

In the US, Neo-Expressionism was preceded and greatly influenced by abstract expressionism and figurative artists, including Philip Guston and Francis Bacon, respectively.

Which exhibits helped to define the Neo-Expressionist movement?

Two international exhibits helped to define and solidify Neo-Expressionism as a movement. These were A New Spirit in Painting at the London Royal Academy in 1981 and Zeitgeist in Berlin in 1982.

Following these shows, other similar movements across Europe began to be included under the umbrella of Neo-Expressionism. 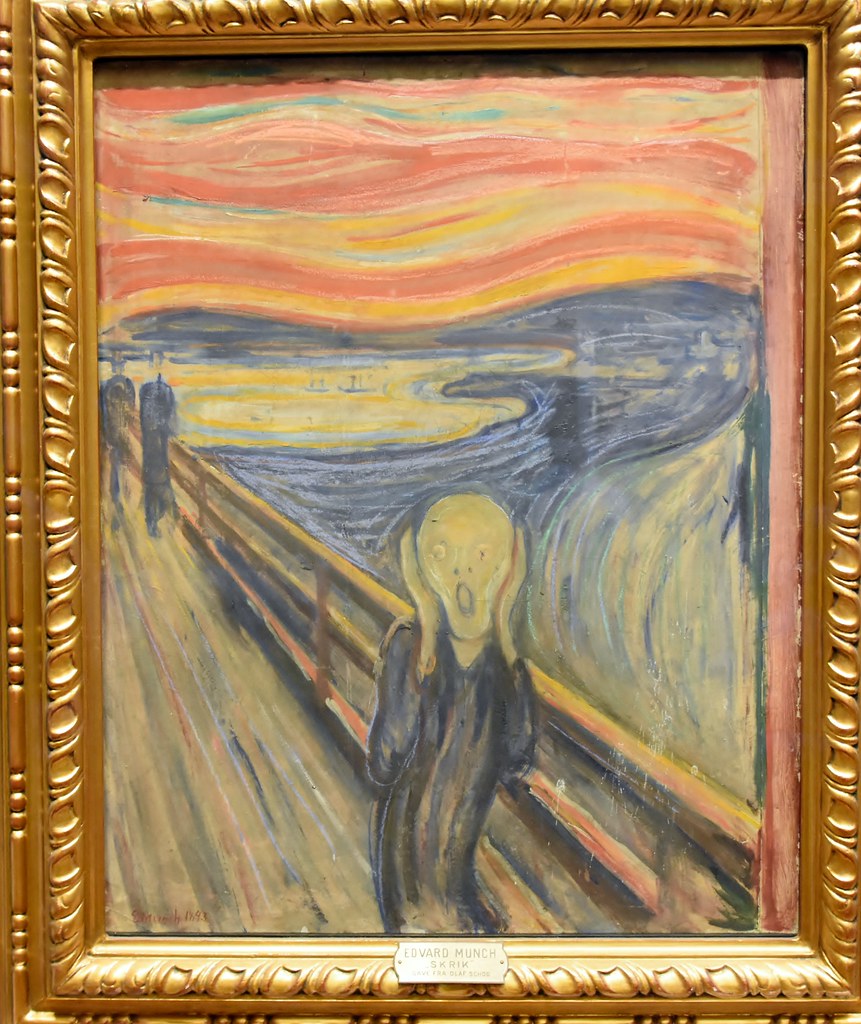 Across the Western art world, a wide range of neo-expressive movements arose in the late 1970s to early 80s.

One of the earliest – and most critical to the movement at large – was the loose-knit group of German artists known as the Neue Wilden. At the head of the movement was artist Georg Baselitz whose work a decade earlier served as an impetus for Neo-Expressionism when in 1963 Baselitz opened an exhibition in West Berlin. Baselitz’s art was confiscated by the government, causing international attention.

In East Germany in particular, the Neue Wilden saw their expressive style as a response to WWII and their divided nation. In particular, they cited Nazi hostility towards original German Expressionism movement as a reason for their style, utilizing it to highlight the country’s troubled present.

Their name, ‘new wild ones,’ is a reference to their style, evocative of 1900s Fauvism. ‘Les fauves’ is French for ‘wild beasts.’ Subsequently, artists that were not in Tucker’s original show came to identify themselves with the same label. 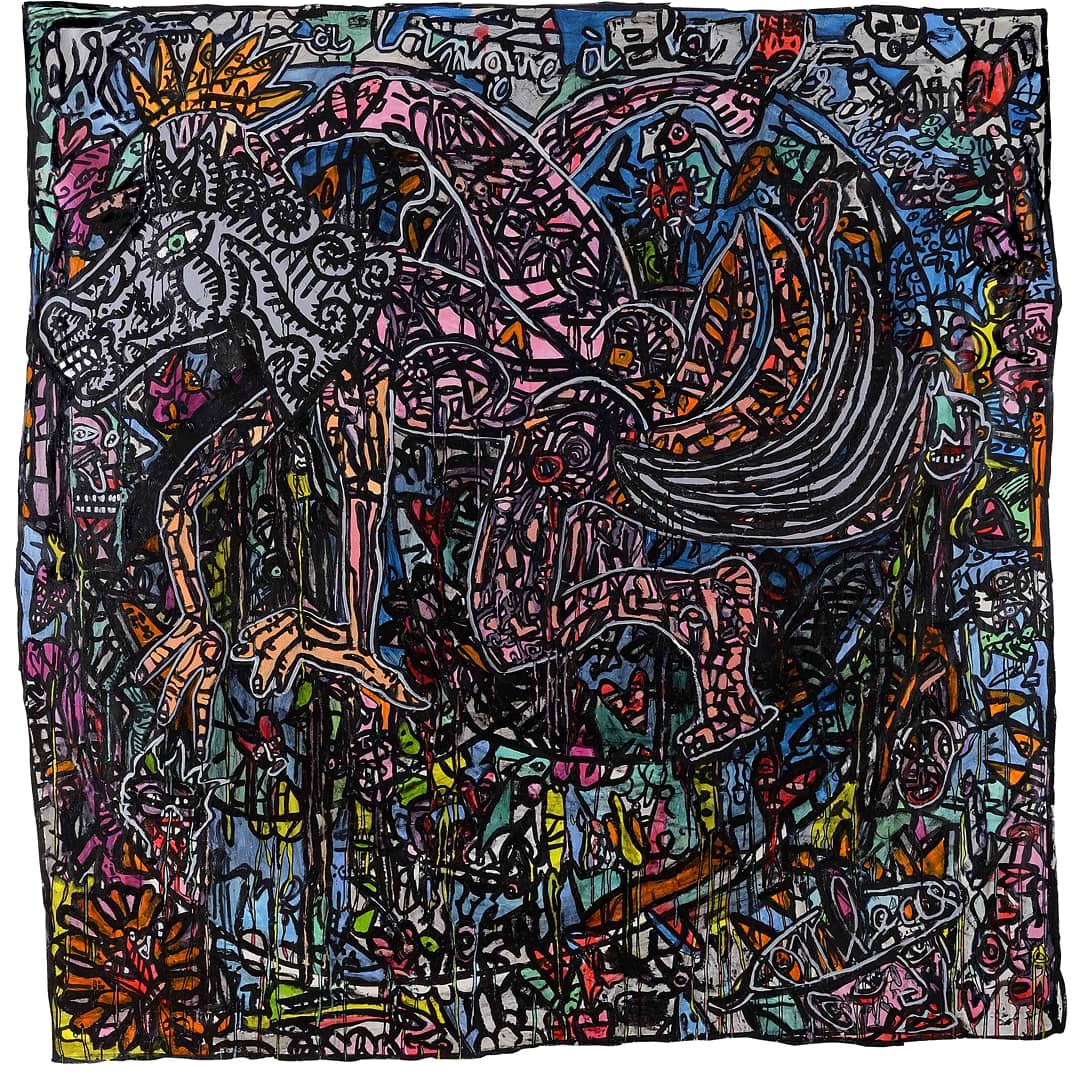 Transavanguardia, meaning ‘beyond the avant-garde,’ is a term coined by Italian art critic Achille Bonito Oliva in 1979. Although it originally referred to the entirety of Neo-Expressionism, the term came to represent specifically the Italian artistic movement of the 1980s and 90s.

Each sub-group of Neo-Expressionism models unique stylistic elements and inspirations, and Transavanguardia is no different. Some of the key members of the Transavanguardia movement include Sandro Chia and Francesco Clemente.

While representational and figurative, Transavanguardia includes a wide range of subject matter including portraits, self-portraits, and imaginative portraits, as well as symbolism, religious allegory, and touches of Surrealism. 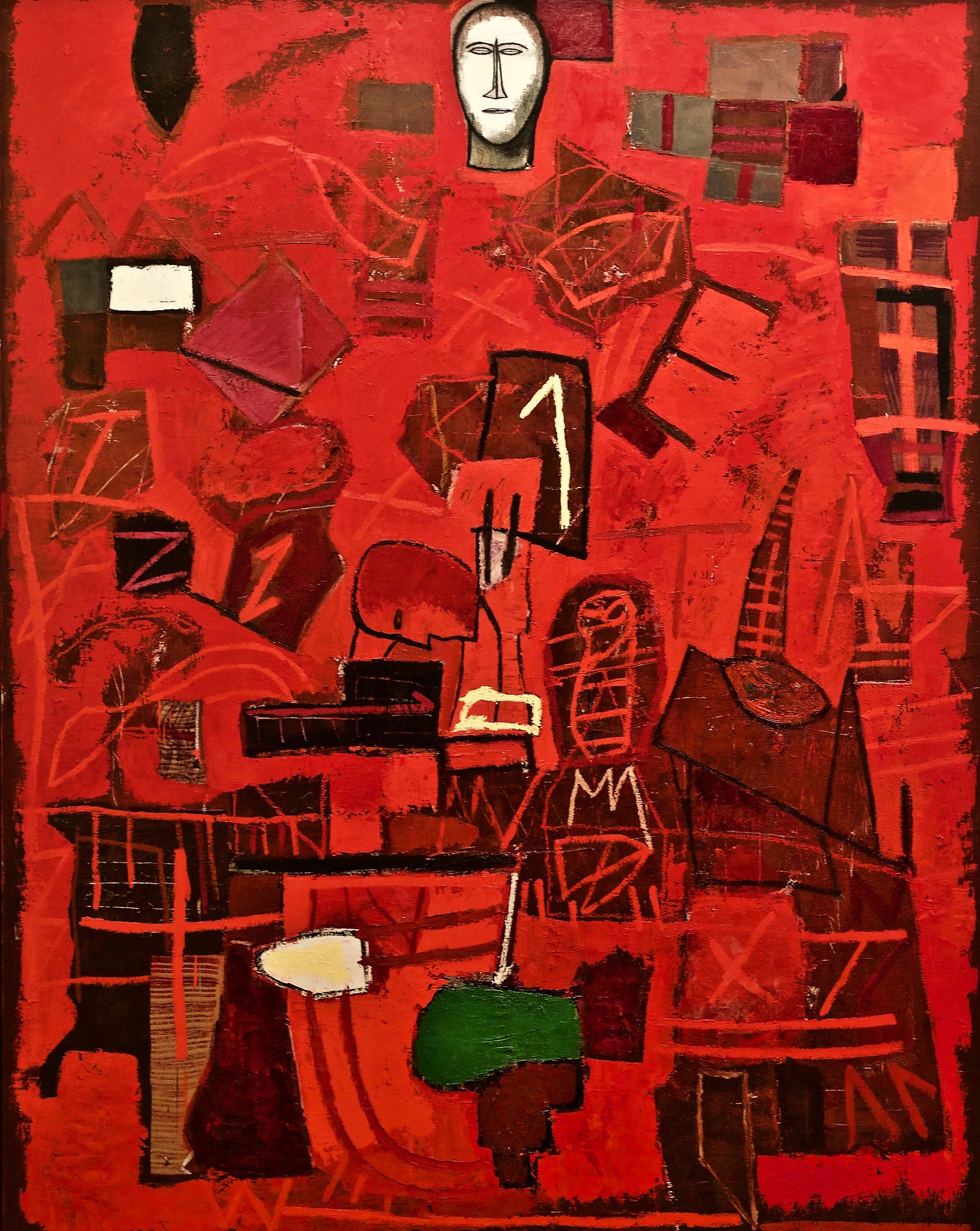 Jean-Michel Basquiat’s art is well known today, attracting popularity in the 1980s, during the height of Neo-Expressionism. Basquiat died of a heroin overdose in 1988 at age 27, cutting short the potential of one of the era’s most renowned Neo-Expressionism artists.

Basquiat lived and died in New York City, developing his art in the early days of hip-hop. He began his career as a street poet and graffiti artist under the tag SAMO (meaning ‘same old’).

Basquiat sold his first painting in 1981, and he quickly rose in popularity and fame. By the mid-80s, Basquiat was exhibiting regularly, appearing on MTV, and partying with other celebrities. Today, for better or worse, his art can be found reproduced on a wide variety of items from boots to scented candles.

Basquiat’s work is known for its bright colors and flat figures. His work regularly focuses on ‘suggestive dichotomies’: wealth/poverty, integration/segregation, and inner/outer experience. 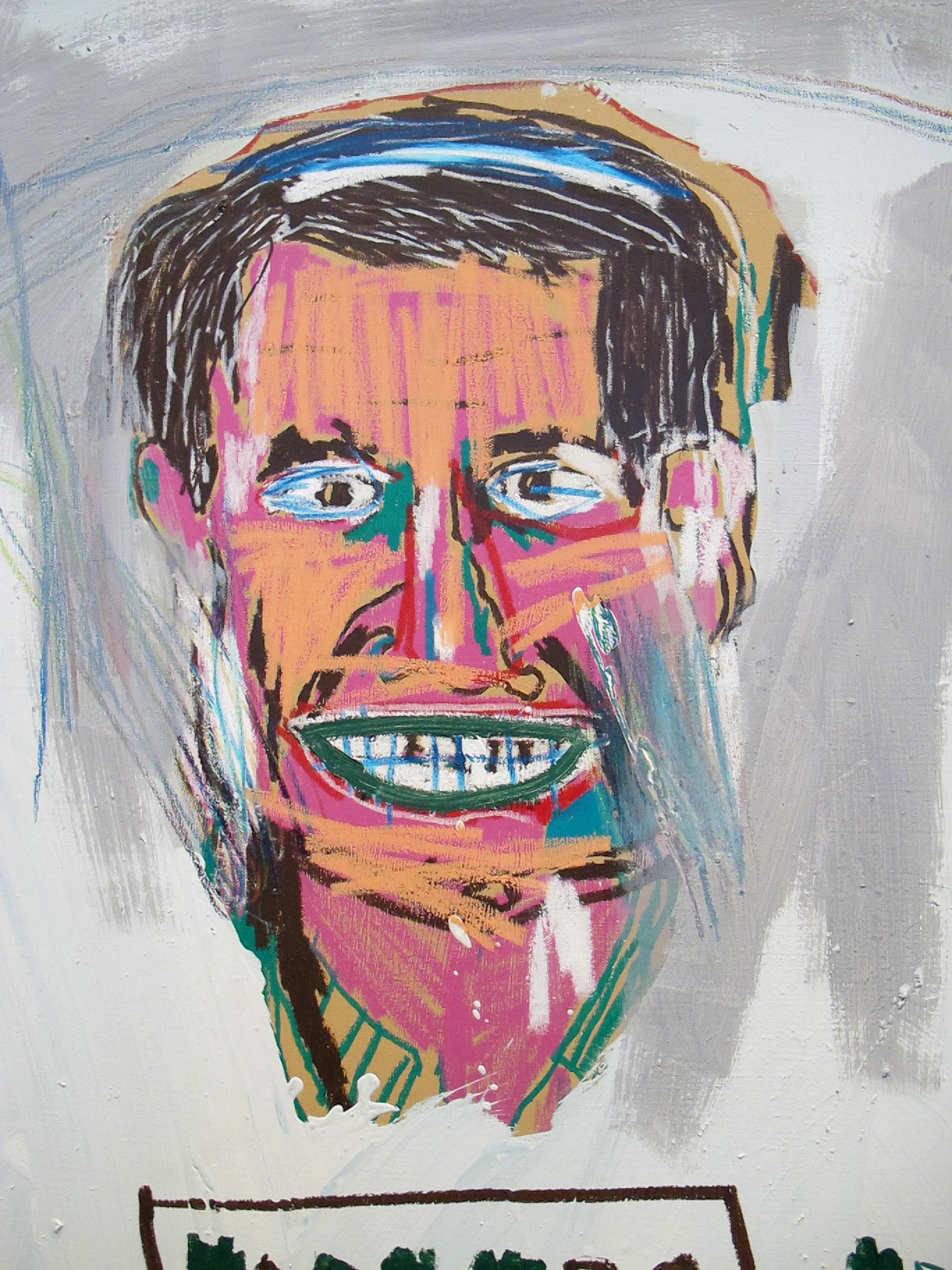 Francesco Clemente is an Italian Neo-Expressionist who worked at the forefront of the movement and was a key member of Transavangaurdia.

Although he works in a variety of artistic mediums including mosaic, sculpture, and drawing, he is best known for his use of oils on a large canvas. Clemente’s work often includes portraiture, both of others and himself.

Like many Neo-Expressionists, his works feature a rejection of Formalism with obvious figures and symbolism. Clemente utilizes a full range of color in his works with a style evocative of Cubism and Post-Impressionism.

Clemente spends much of his time in India, which has influenced his work and where he now has a studio. Clemente continues to work today, with his most recent solo shows occurring in 2016 and 2017. 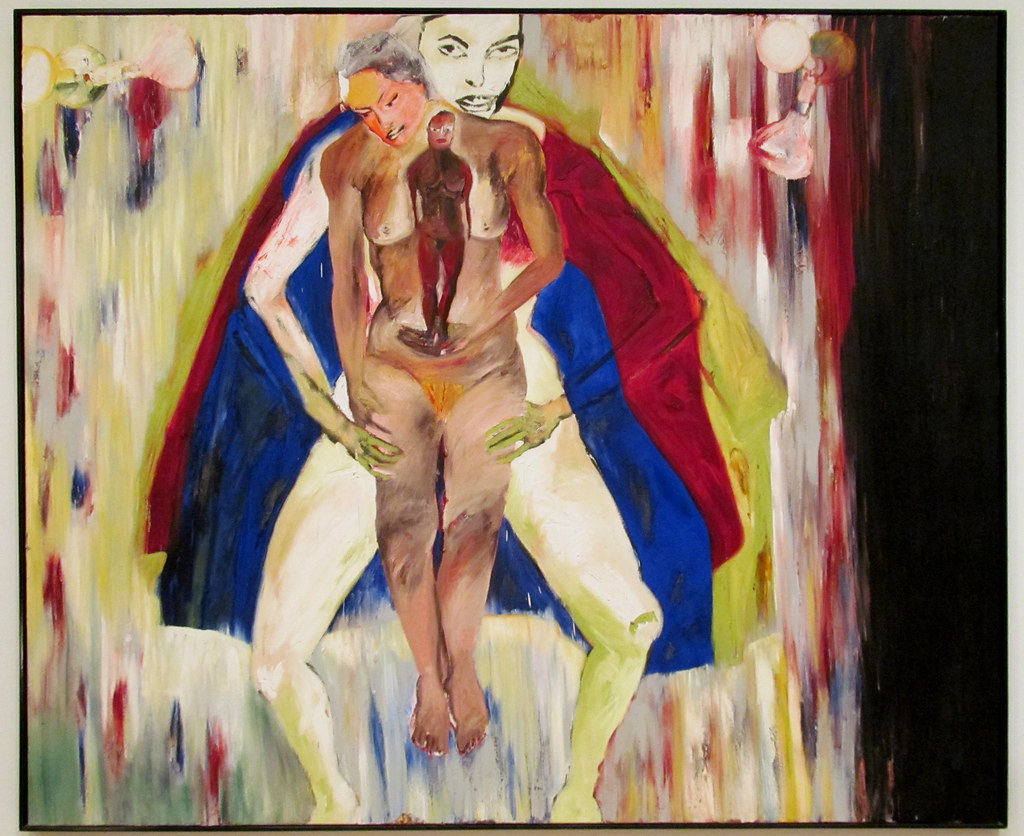 Anselm Kiefer is a pre-eminent German Neo-Expressionist. He began his artistic studies in the 1960s, and his career was well underway by the height of Neo-Expressionism in the 1980s. Despite this, he has become known as one of the movement’s signature artists and an important figure in the German Neue Wilden group.

Kiefer’s body of work is recognizable for its large scale, expressive brushwork and representational figures. In breaking with most Neo-Expressionists, Kiefer’s works are largely neutral colors, often shades of black and white on wood or brown backgrounds.

He increasingly integrates other objects into his works such as broken glass, dried flowers, and bodily fluids. Thematically, Kiefer addresses taboos and the dark history of his country, particularly the horrors of the Holocaust, as well as Germany’s unrealized potential. He is also heavily inspired by the works of the poet Paul Celan. 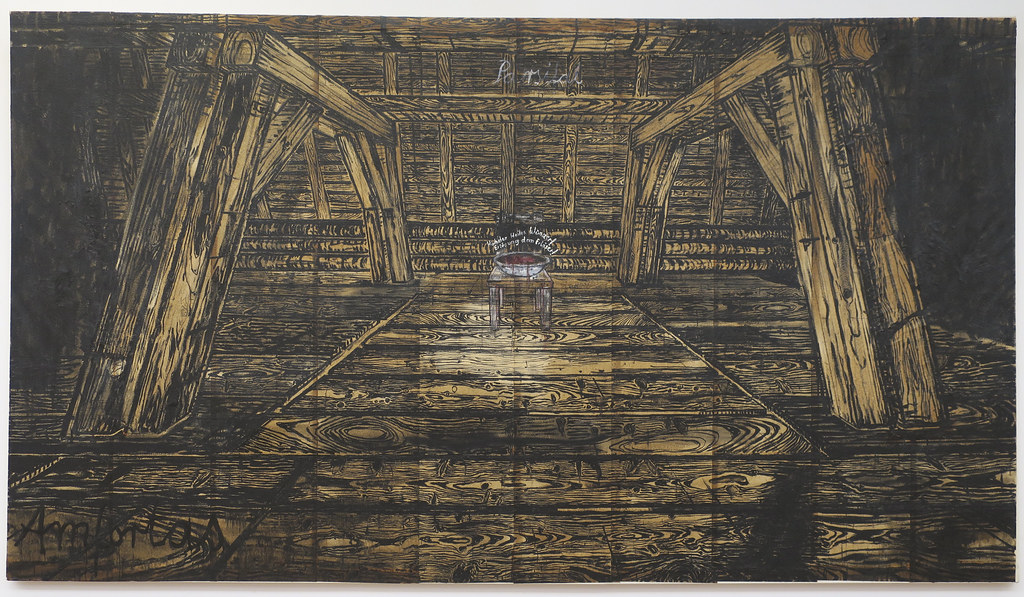 David Salle (pronounced ‘Sally’)  is an American Neo-Expressionist who is considered a member of the Pictures Generation, a moniker given to a group of artists whose work was included in a 2009 Met exhibit of the same name.

The Pictures Generation includes artists who were, for all purposes, the stars of the art world of the 1980s. Salle’s inclusion speaks to both the popularity of his work and its impact on the world of art.

Salle is a printmaker, photographer, and stage designer, though he is best known for his paintings, which utilize various media and images from a wide variety of sources – from Donald Duck to works by Caravaggio – juxtaposed in a single piece.

He uses bright colors and bold linework with a style influenced by both cubism and comic books, layering images on top of each other, with dynamic and expressive end results. 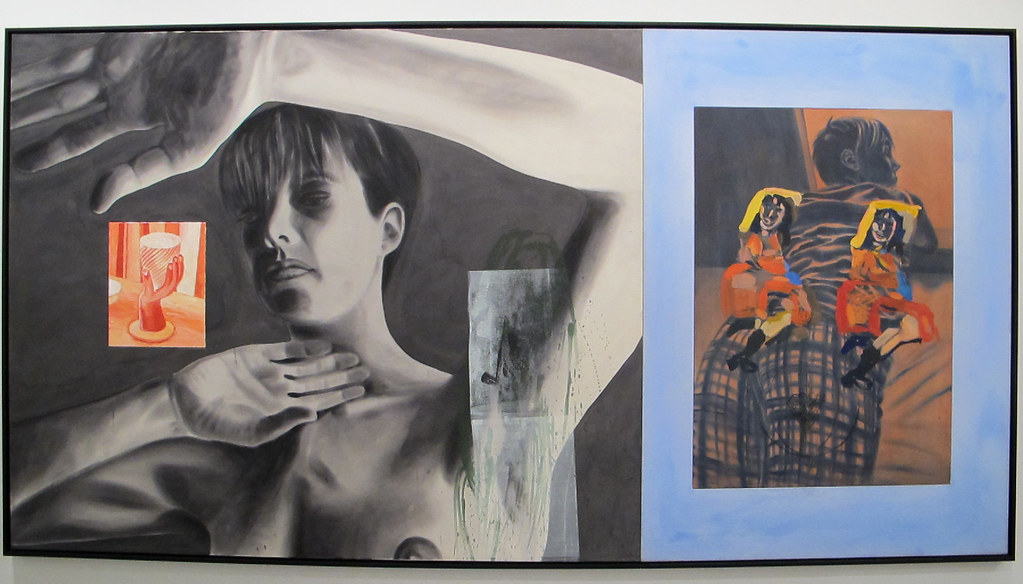