Fashion Masterminds: Those Who Defined Fashion 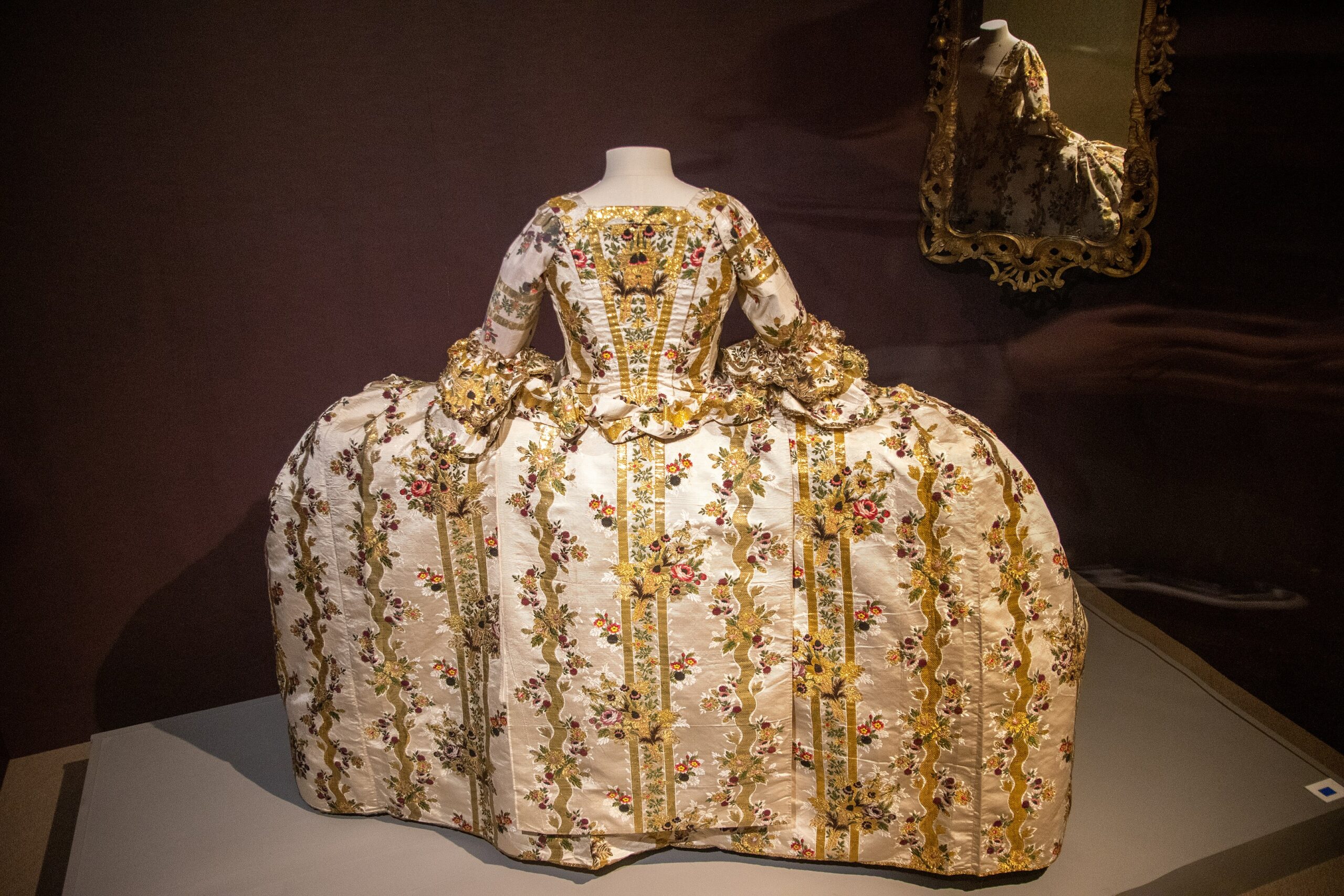 What is a fashion designer?

A fashion designer is a person that creates designs for new and original clothing, shoes, and accessories. Fashion designers use their knowledge of fashion, from its history to the current trends, to come up with fresh ideas. They then put their technical skills to use, playing with shapes, silhouettes, color, patterns, and texture.

Many fashion designers possess drawing skills, and tend to sketch their designs by hand. Today, many prefer to use technical tools, such as computer-aided design to produce their work.

A fashion designer may specialize in one area or several, depending on their skills and interests. For example, Coco Chanel is known for her innovations in womenswear, while Malaysian fashion designer Jimmy Choo is world-famous for his beautiful shoes.The designer is the individual behind the creation, while a designer brand is built on reputation. 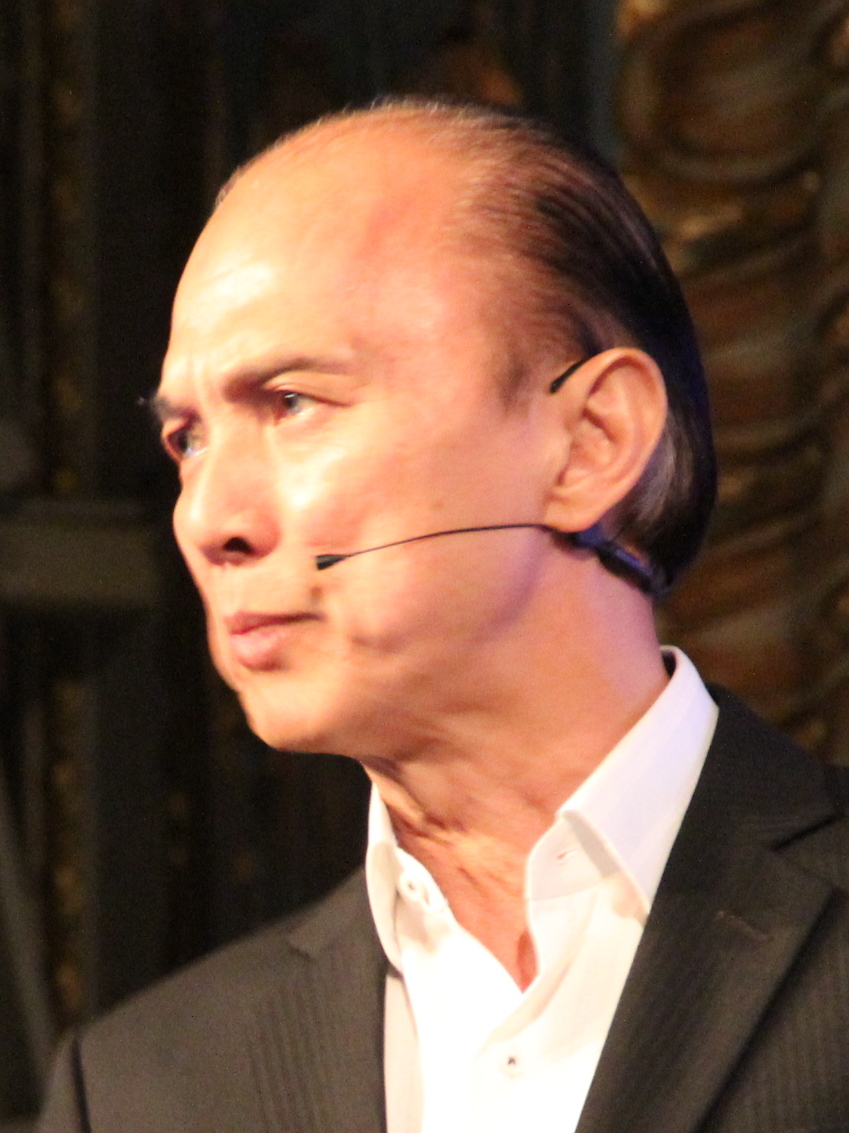 Fashion designers have many day-to-day tasks, from making mood boards to liaising with clients. The exact duties depend on the market they are in, and whether the designer is working for a company, within a team, if they make the clothes single-handedly, or are working on a self-employed basis at home.

A designer typically requires a creative flair to produce clothing and accessories that people want to buy and wear. It is a highly creative role that includes multiple processes to produce and finalize an idea. Often, a designer will work alongside others to develop the perfect garment.

A typical day for a designer may include visualizing an idea, creating the idea on paper or using computer-aided design (CAD), keeping on top of current trends, working closely with a design team, visiting trade shows, and communicating with buyers, forecasters, models, and production and sales teams. 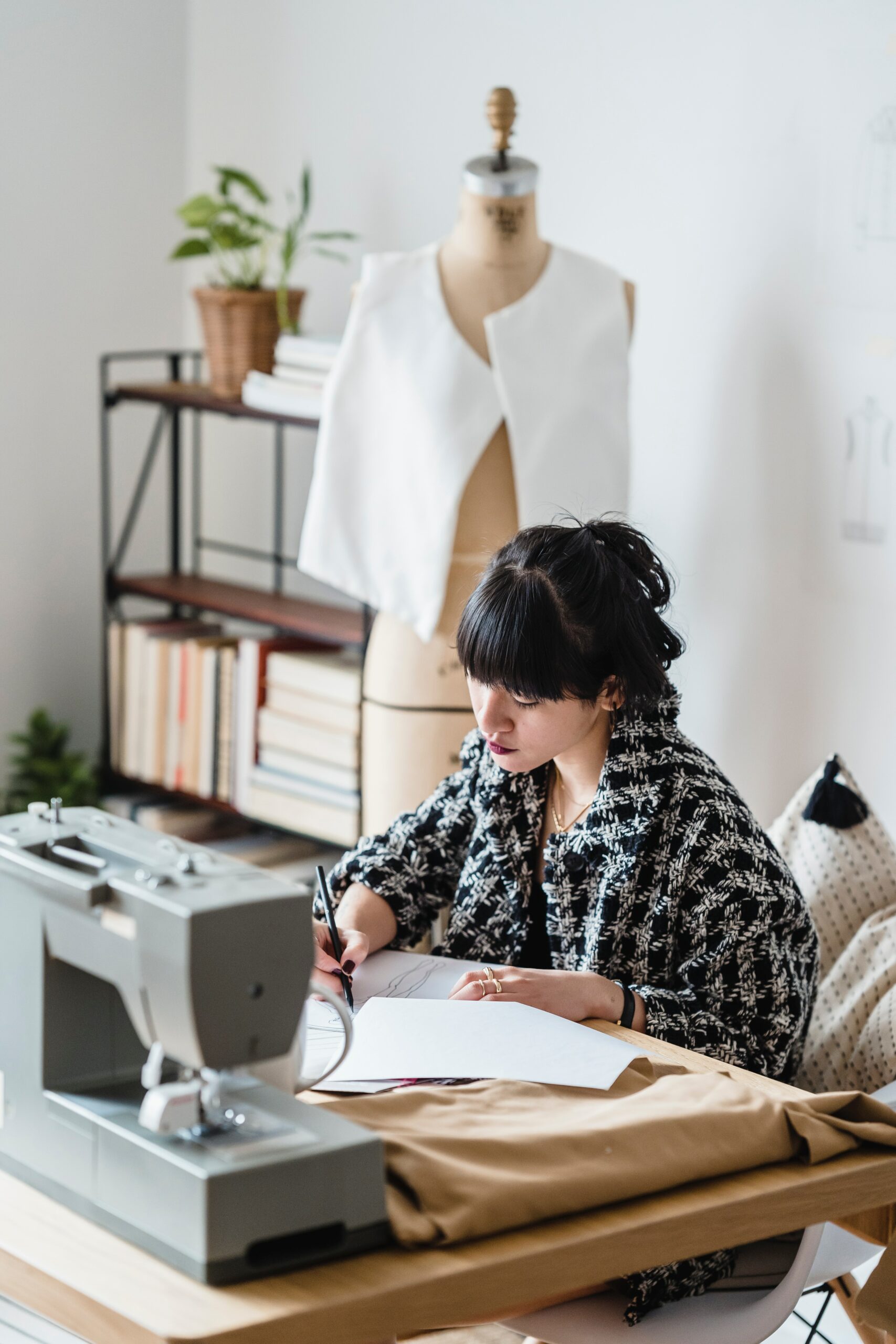 We count on the fashion designer to invent our clothes, but it takes a full team of people to bring a garment to our wardrobes. What started off as an interaction between client and designer has grown into an entire industry of working professionals in various roles.

It begins with those who possess the practical skills to turn a vision into a physical item. Roles in the production department include designers, textile designers, garment technologists, pattern cutters, and fashion illustrators. All of these professions contribute to the clothes you buy and wear.

Next, you have those working outside of production. There are the buyers, marketers, visual merchandisers, journalists, writers, trend forecasters, stylists, models, and photographers. When you explore these roles in detail, you will discover more figureheads who have contributed to our history, knowledge, and views of fashion.

Humans have been making and wearing clothes for hundreds of thousands of years. In the early days, clothes were a necessity rather than a luxury. Our ancestors made clothing from plants, bones, and other natural sources for practical purposes, like keeping warm and dry.

There are a handful of names that fashion historians consider to be among the world’s first fashion designers. But the origin of modern fashion design as we know it dates back to the nineteenth century.

When you set out to discover the first designers of fashion, one name in particular crops up every time. Often referred to as the ‘father of haute couture’ and ‘the first couturier’, Charles Frederick Worth was an English fashion designer worthy of his huge reputation.

Charles Frederick Worth is an infamous name in fashion. The English fashion designer is one of the greatest masterminds who defined fashion as we know it today. He is known by several titles, including ‘the father of haute couture’ and ‘the first couturier’.

Born in Bourne, Lincolnshire, England in 1825, Worth began his career in the textile industry. He relocated to Paris in 1845, where, after selling textile goods for the Parisian fabric seller Gagelin-Opigez & Cie, he eventually founded a dressmaking department within the company. In 1858, Worth opened his own firm called House of Worth.

Worth continued to create unique pieces for clients in the House of Worth workshop. He began using live models to showcase his designs, whereas previously clothes were only ever presented on mannequins. It is here that he earned his titles, as well as his legacy as an innovator and true genius in the origins of luxury fashion design. 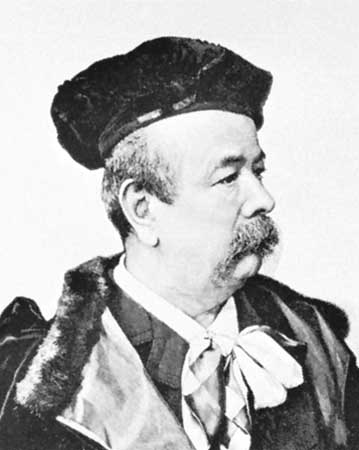 Rose Bertin is another name among the world’s first fashion designers. The French milliner is considered the first celebrity fashion designer. She is primarily known as the dressmaker to her most famous client, Marie Antoinette, the last queen of France before the French Revolution. Although inextricably linked to Marie Antoinette, Bertin’s records show she had hundreds of clients of high stature, including actresses, European aristocrats, and other queens.

Following a successful apprenticeship in millinery in Paris, Bertin opened up her own shop in 1770, a Parisian boutique called Le Grand Mogol. Due to her link with royalty and other celebrities, her work is thought to have put Paris on the fashion map, establishing the city as an epicenter for luxury fashion.

Bertin is synonymous with the extravagant style of French women in the mid-18th century, with trends including the elaborate pouf hairstyle, lavish dresses, and rustic muslin gowns. Much of Marie Antoinette’s signature style was invented by Bertin. 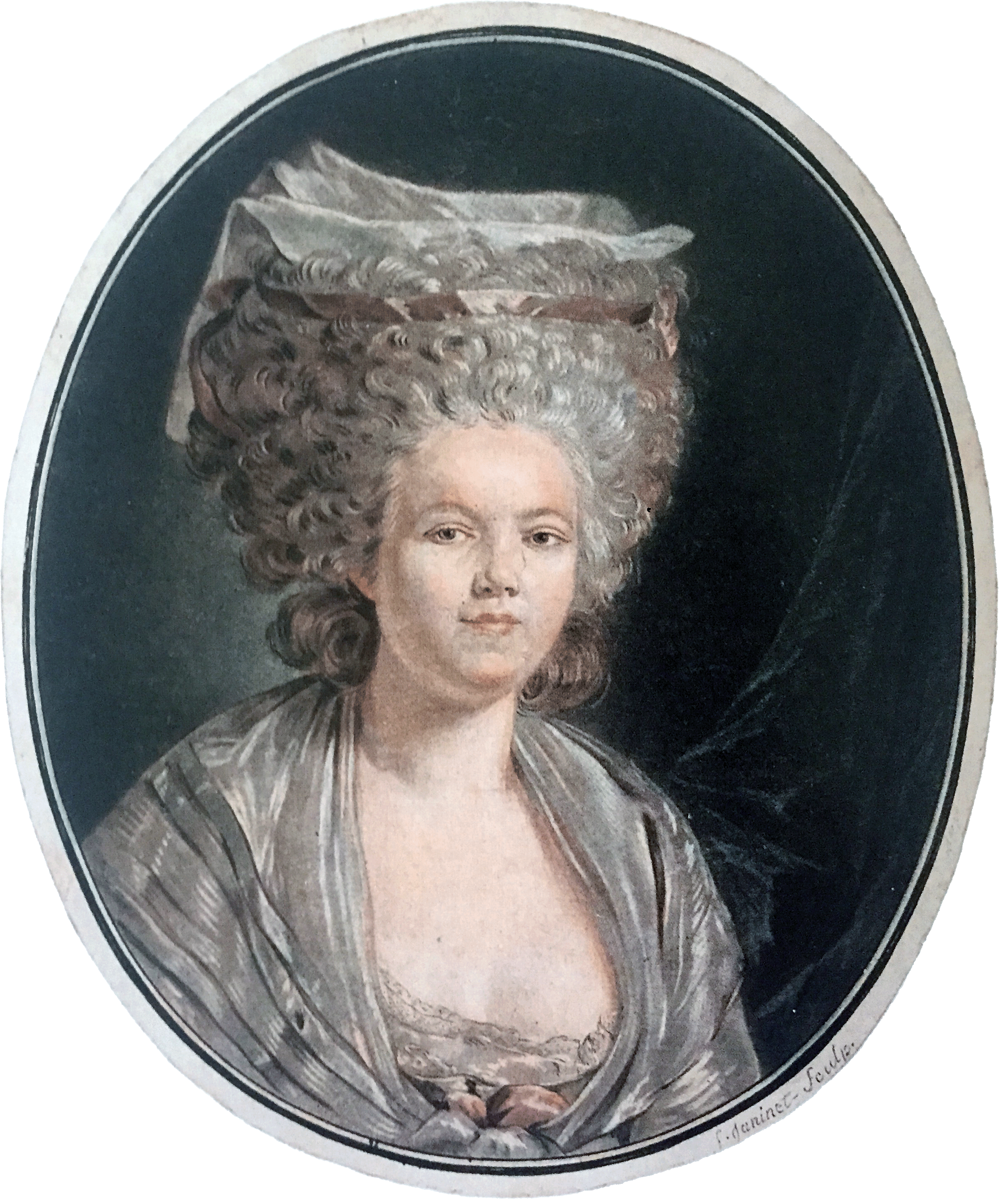 A fashion house is a company that specializes in the designing, making, and selling of high fashion goods. Most fashion houses are linked to prominent designers and are recognized worldwide. Some of the biggest and most powerful fashion houses operating today include Gucci, Chanel, Dior, and Louis Vuitton.

Charles Frederick Worth is considered the primary inventor of fashion as we know it today, showcasing haute couture as an art form, as opposed to the practical fashion that had come before. As he established the House of Worth, he began the tradition of fashion designers housing their designs within a specialized company. Rather than visiting a seamstress or tailor, clients could buy an entire wardrobe from the House of Worth.

Before the House of Worth, there was another early fashion house. It differs from what we associate with fashion houses today because it didn’t make or sell high-fashion clothes. Instead, it began its journey by selling quality horse-riding equipment before venturing into other fashion-related avenues.

One of the first official fashion houses to arrive was Hermès. 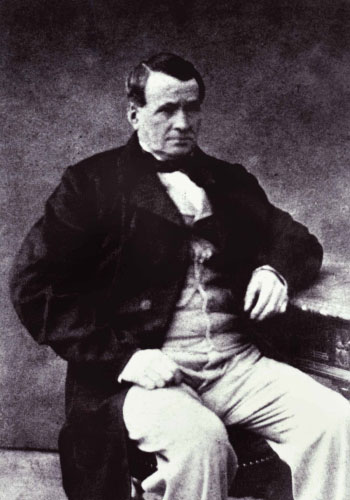 Hermès is a French fashion house and one of the world’s oldest luxury fashion brands still in existence. Founded by Thierry Hermès in 1837, the house was located in the Grands Boulevards quarter of Paris. It originally began selling equestrian supplies, like saddles and harnesses, leading to the design of its globally-recognized logo, which features a horse and carriage.

Eventually, Hermès created the Haut à Courroies bag. The very first Hermès bag was purposefully designed for carrying horse-riding equipment, including a saddle and riding boots. This was the beginning of the now famous Hermès handbags, including their iconic Kelly and Birkin bags, among others.

Today, Hermès is best known for its luxury handbags. However, the company continues to produce high-quality saddlery, as well as fine leather goods, accessories, jewelry, fragrance, and ready-to-wear clothing for men and women. 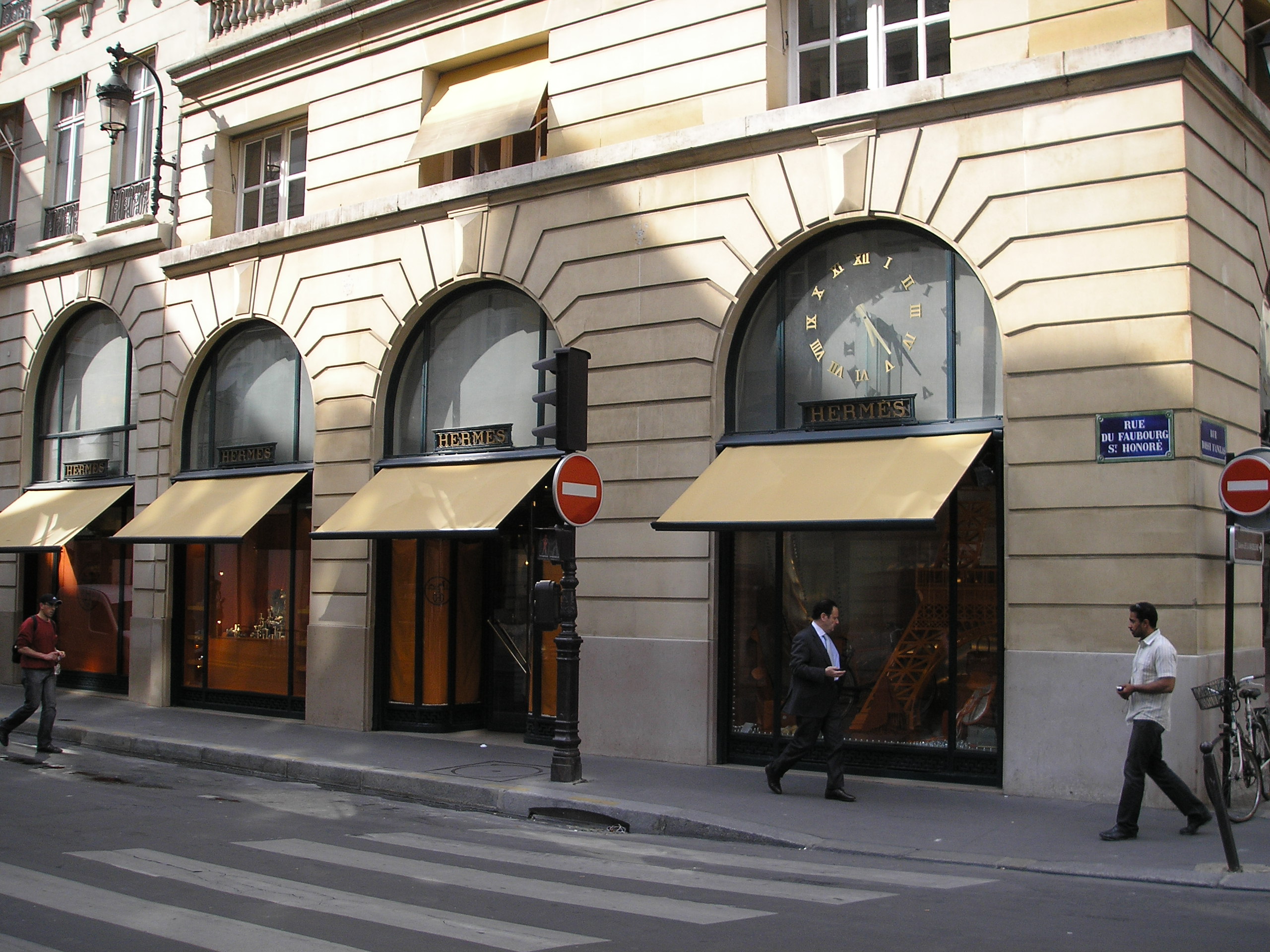 The first modern clothing model was Marie Augustine Vernet, the wife of the first couturier Charles Frederick Worth. In the mid-1800s, Worth decided to use live models instead of mannequins to showcase his work.

Prior to this, only mannequins were used to advertise designs in clothing stores and window displays. These wax dolls allowed the customer to view how a piece of clothing looked on the body. When Worth introduced human models, they were known as ‘live mannequins’ up until around the late 1930s, when the word mannequin began to take on the meaning of ‘dummy’.

Modeling remained a low-paid, underrepresented job until the 1920s hit, and the advent of mass media and the relaxing of social norms meant that modeling became a viable career choice for women. In 1923, John Robert Powers founded the world’s first modeling agency in New York City. Modeling schools became a thing, and the idea of marketing clothes on people paved the way for what is now a billion-dollar industry operating worldwide. 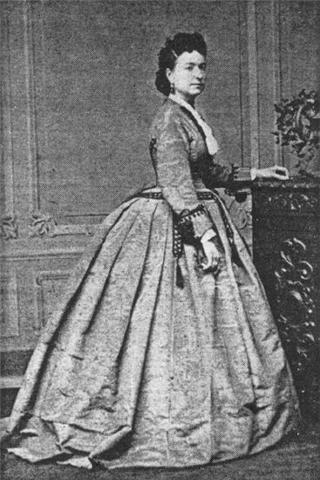 There are dozens of masterminds who have shifted our perception of fashion and brought new ideas into the mainstream. Certain moments in time changed fashion forever. The major players who brought their creations to the forefront of society have had a profound influence on the development of fashion as a business and leading industry, as well as an art form.

Many of the trends we take for granted today began with a single, revolutionary moment. For example, the introduction of Coco Chanel’s little black dress in the 1926 October issue of American Vogue epitomized the Roaring Twenties. It turned the color black, which was previously reserved only for mourning, into an elegant and affordable statement.

Later, Christian Dior’s ‘New Look’ in 1947 said goodbye to the austerity of WW2 and welcomed a delightfully feminine look that honored the female form. The ‘New Look’ consisted of a cinched waist, a full skirt, and rounded shoulders. 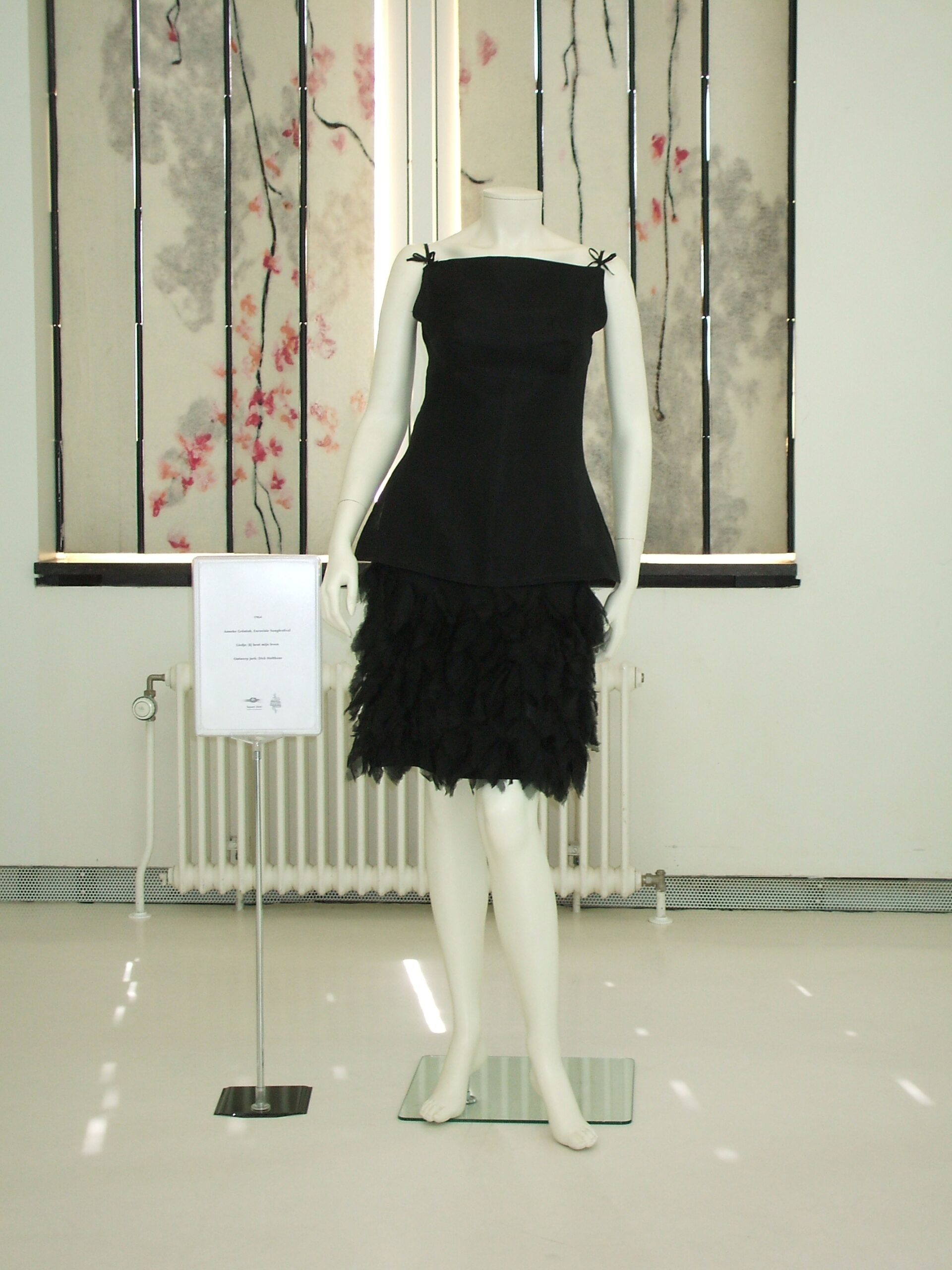