Kinnuverse » History » Cold War » East vs. West: Ideologies at the Heart of the Cold War

East vs. West: Ideologies at the Heart of the Cold War 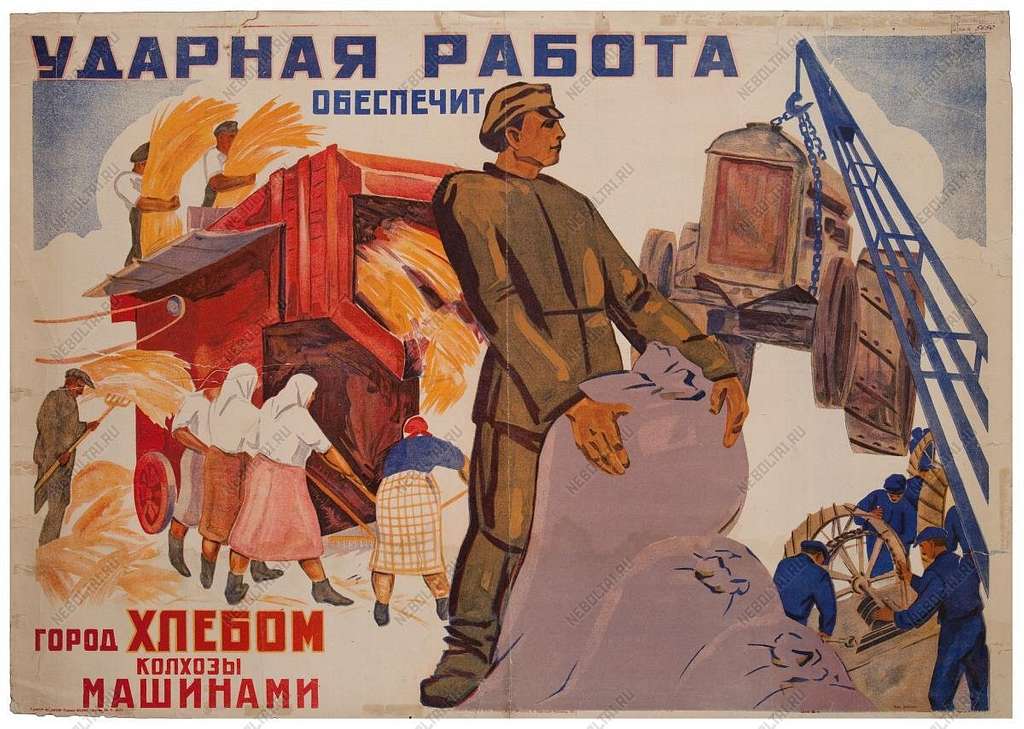 Capitalism is an economic system based on private ownership of the means of production and the pursuit of profit. It is driven by competition and the free market, and its success is measured by economic growth.

Communism, on the other hand, is a system of government in which the state owns the means of production and distributes resources according to need. It is based on the principle of collective ownership and the idea that all people should have access to the same basic resources.

The two systems were in direct opposition to each other and many saw them as mutually exclusive candidates for defining the new world order. 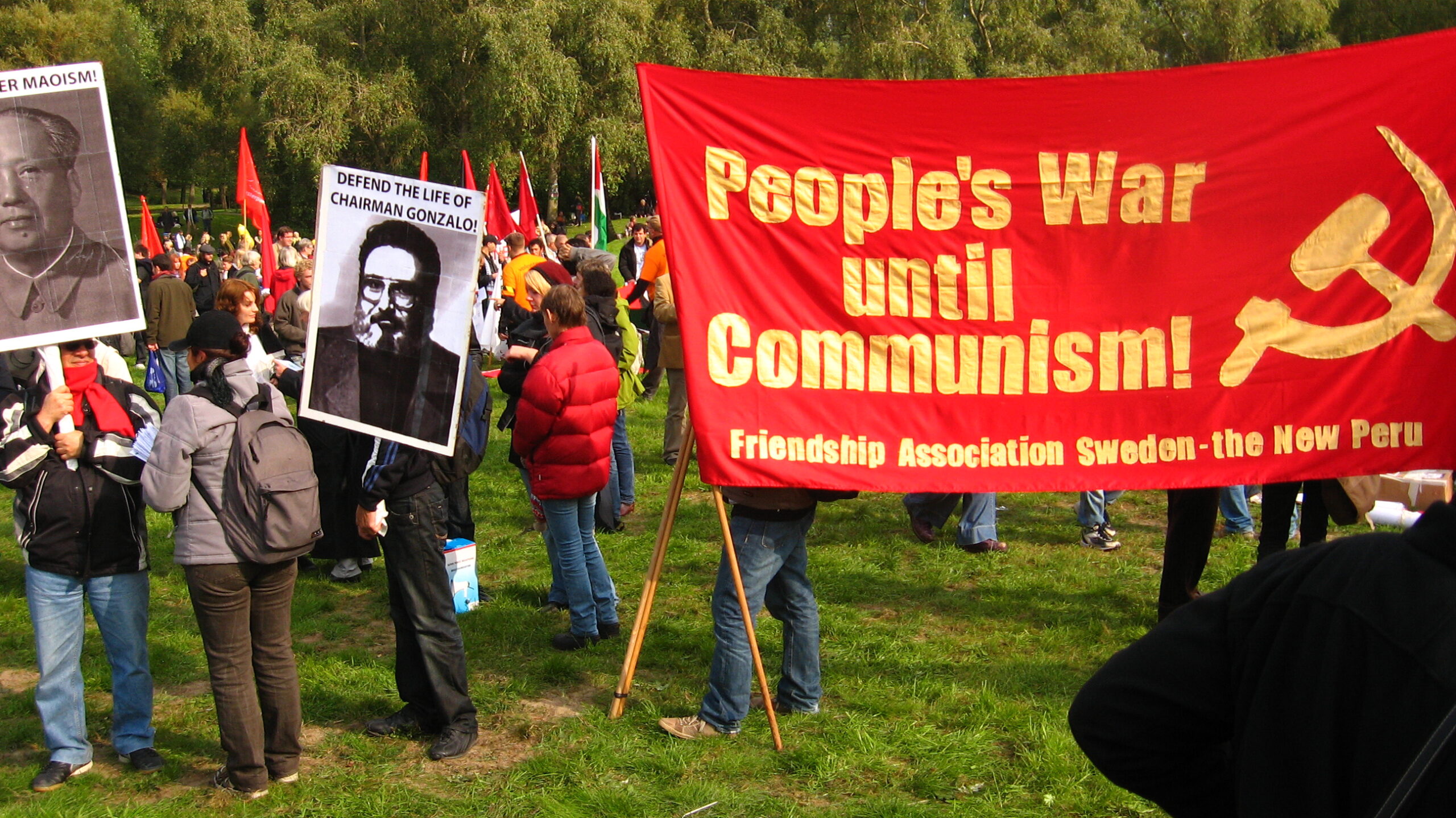 Conflicting Values: How Ideologies Clashed in the Cold War

In the West, the United States and its allies sought to promote the idea of democracy and capitalism, while the Soviet Union and the Eastern Bloc sought to promote communism. To this end, both sides employed propaganda campaigns to spread their message.

In the West, the United States used a variety of methods to promote their ideology, such as radio broadcasts, television programs, and films. These were used to spread the message of democracy and capitalism, and to paint the Soviet Union and its allies in a negative light. One station, known as ‘Radio Free Europe’ was broadcasted into the Soviet bloc to try to win supporters and create a pro-Western fifth column.

The Soviet Union also employed propaganda campaigns, using posters, newspapers, and radio broadcasts to promote communism and to criticize the West. Both sides used these campaigns to try to win the hearts and minds of the people, and to gain support for their respective ideologies. 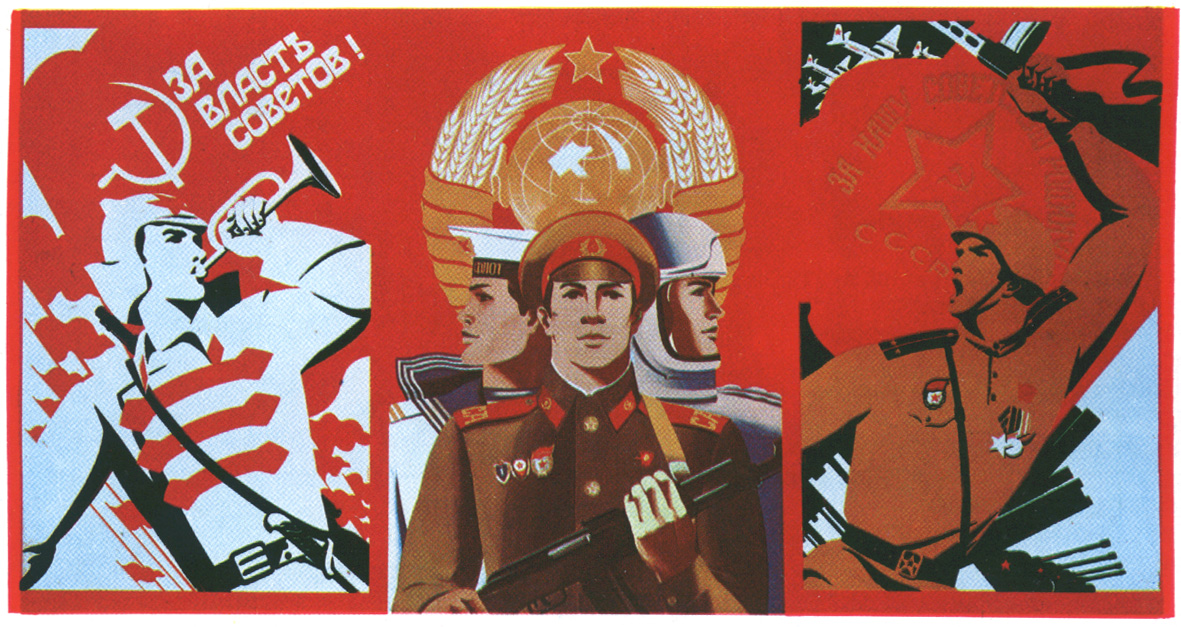 Tensions Over Trade: How Ideology Influenced International Trade Policies with reference to specific examples and statistics from the Marshall Plan

The Marshall Plan, launched by the United States in 1948, aimed to rebuild Western Europe after the devastation of World War II. Trade was a central aspect of the plan, as the U.S. believed that increasing the flow of goods, services, and capital would help revive the economies of its European allies. However, these trade policies were also influenced by the ideological goals of the U.S., particularly the desire to contain the spread of communism and promote free trade.

As a result, the Marshall Plan promoted the idea of open markets and the reduction of tariffs and other trade barriers. This approach proved successful, as trade between the U.S. and Western European countries increased significantly. Between 1948 and 1952, the U.S. exported $13.3 billion in goods to these countries. By promoting trade and working to improve the economies of Western European countries, the U.S. hoped to prevent the Soviet Union from gaining influence in the region. 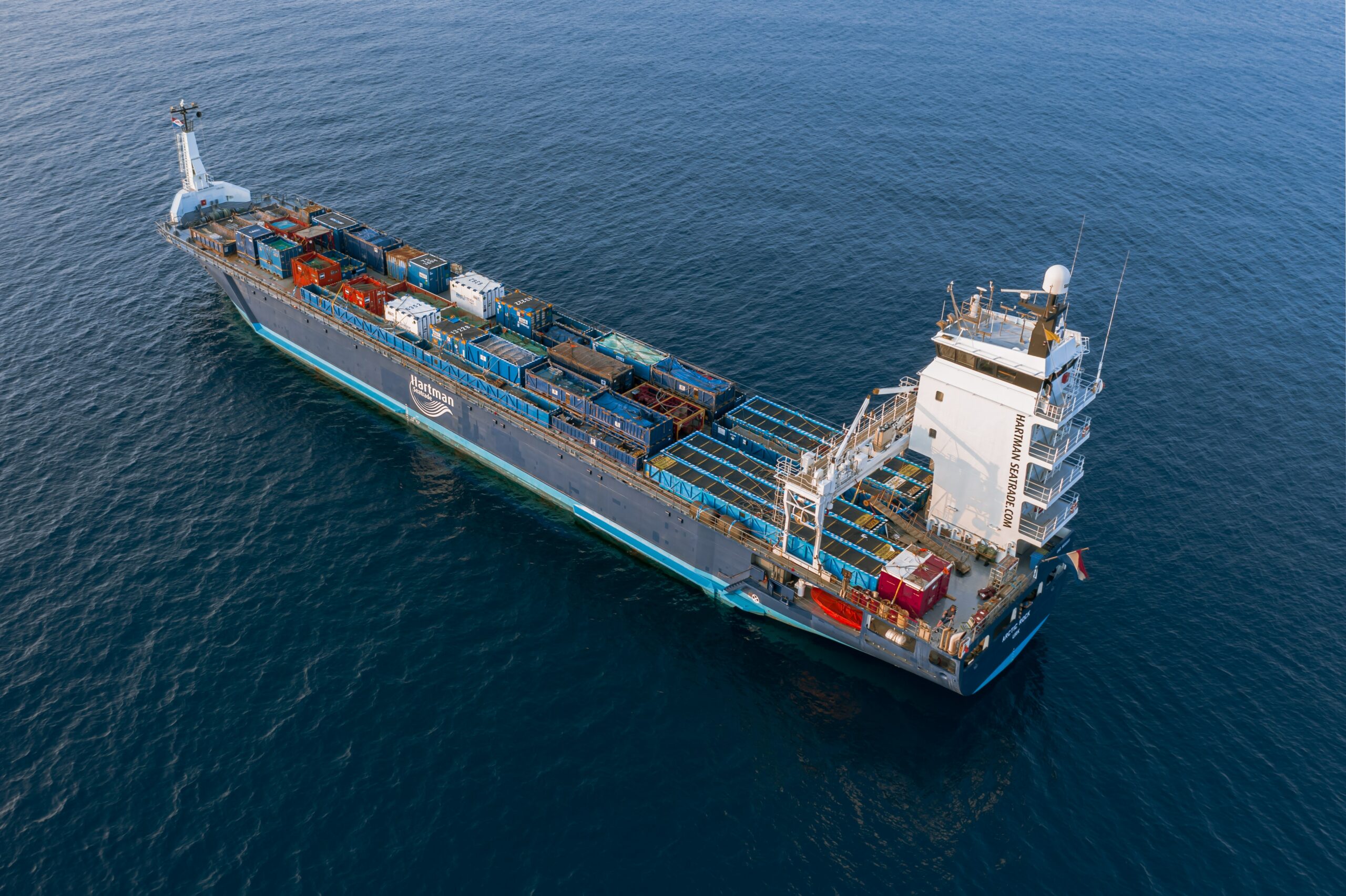 Nikita Krushchev: Stalin's Successor and His Unique Approach to the Cold War, including why he was ousted

The death of Stalin in 1953 marked a turning point in Soviet ideology. The new leader, Nikita Khrushchev, initiated a process of de-Stalinisation, which aimed to move away from the oppressive and authoritarian rule of the former leader. This included the introduction of a more open and tolerant attitude towards the arts, literature and culture. This new approach was reflected in the ‘thaw’ period, in which writers and artists were allowed to express themselves more freely, leading to tensions decreasing.

The de-Stalinisation process also saw a shift in the Soviet Union’s foreign policy. Khrushchev’s ‘peaceful coexistence’ was a move away from the aggressive stance of the Stalin era, and sought to reduce tensions between the East and West. This was reflected in the signing of the Nuclear Test Ban Treaty in 1963, which was a major step towards reducing the threat of nuclear war. 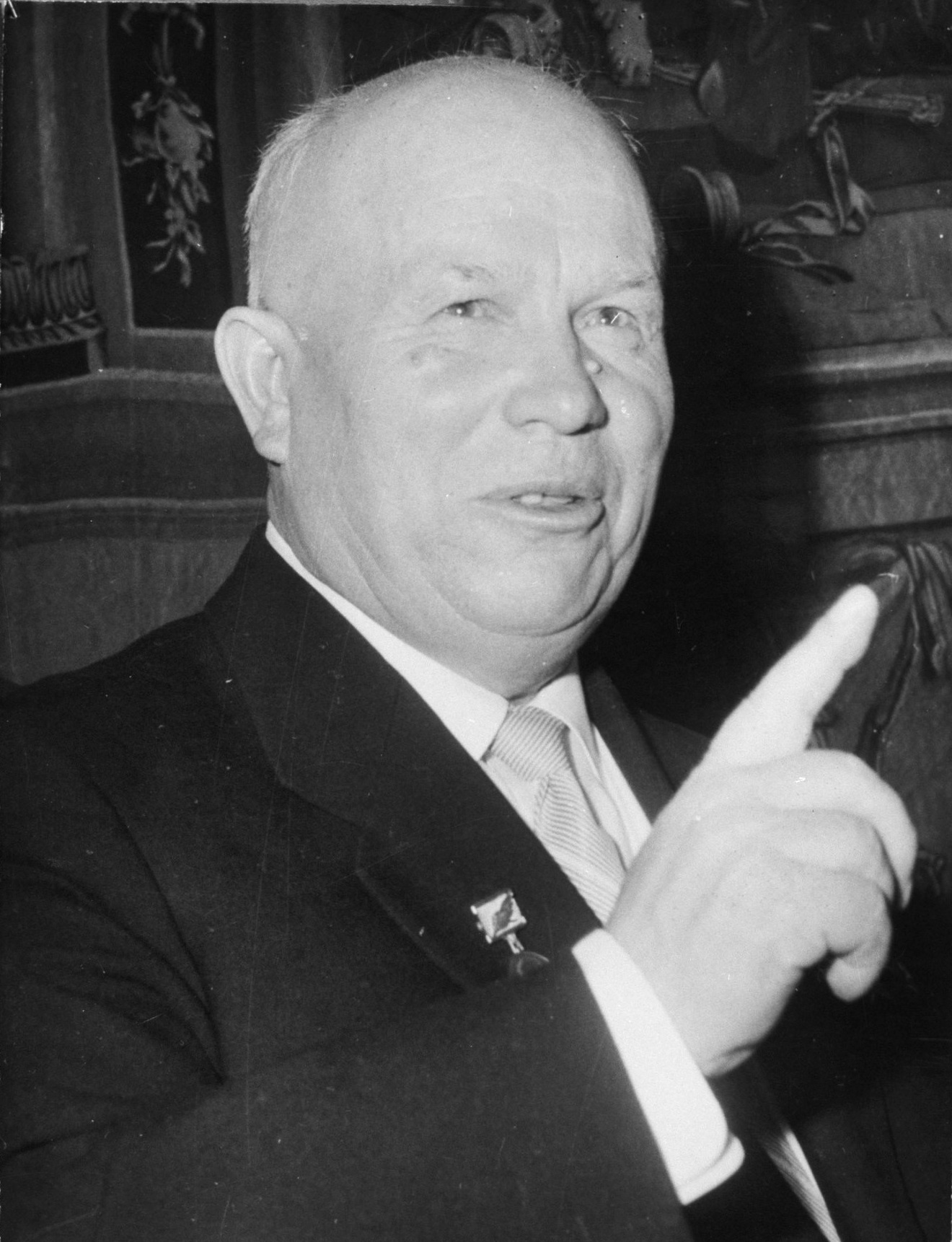 The Space Race was a key moment in Cold War development, as it saw both the United States and the Soviet Union competing to be the first to reach the stars. This competition was driven by a desire to prove technological superiority and demonstrate the power of each nation’s respective ideologies. The Space Race was a major factor in the Cold War, as it provided an opportunity for both sides to show off their technological achievements and gain international recognition.

“We choose to go to the moon in this decade and do those other things not because it is easy but because it is hard” – John F Kennedy, in a speech at Rice University

The Space Race also provided an opportunity for each side to prove their ideological superiority, as the first nation to reach the stars would be seen as the most powerful. This competition was a major factor in the development of the Cold War, as it pushed both sides to develop new technologies and spurred them on to greater heights. 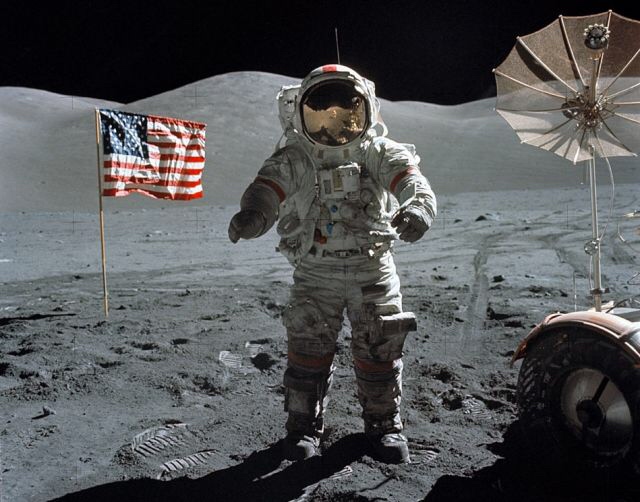 Key Events in the Space Room: Vostok 1 and Apollo 11

The Space Race was a unique and exhilarating time in human history. The Soviet Union surprised the world in 1957 with the launch of Sputnik I, a satellite that circled the Earth for three months, transmitting signals from space. This set the stage for an intense rivalry between the two superpowers.

The Soviets made another breakthrough with the launch of Vostok 1, which carried Yuri Gagarin into space. Gagarin’s journey was a major achievement, but the United States was determined to catch up. The Apollo program, which began in 1961, aimed to put a man on the Moon before the decade was out.

The Apollo 11 mission was a defining moment in the Space Race. It was a culmination of years of effort, and when Neil Armstrong stepped onto the lunar surface and famously said, “That’s one small step for a man, one giant leap for mankind,” the world took notice. It was a moment of triumph for the United States, and it helped to secure its status as a world leader in space exploration. 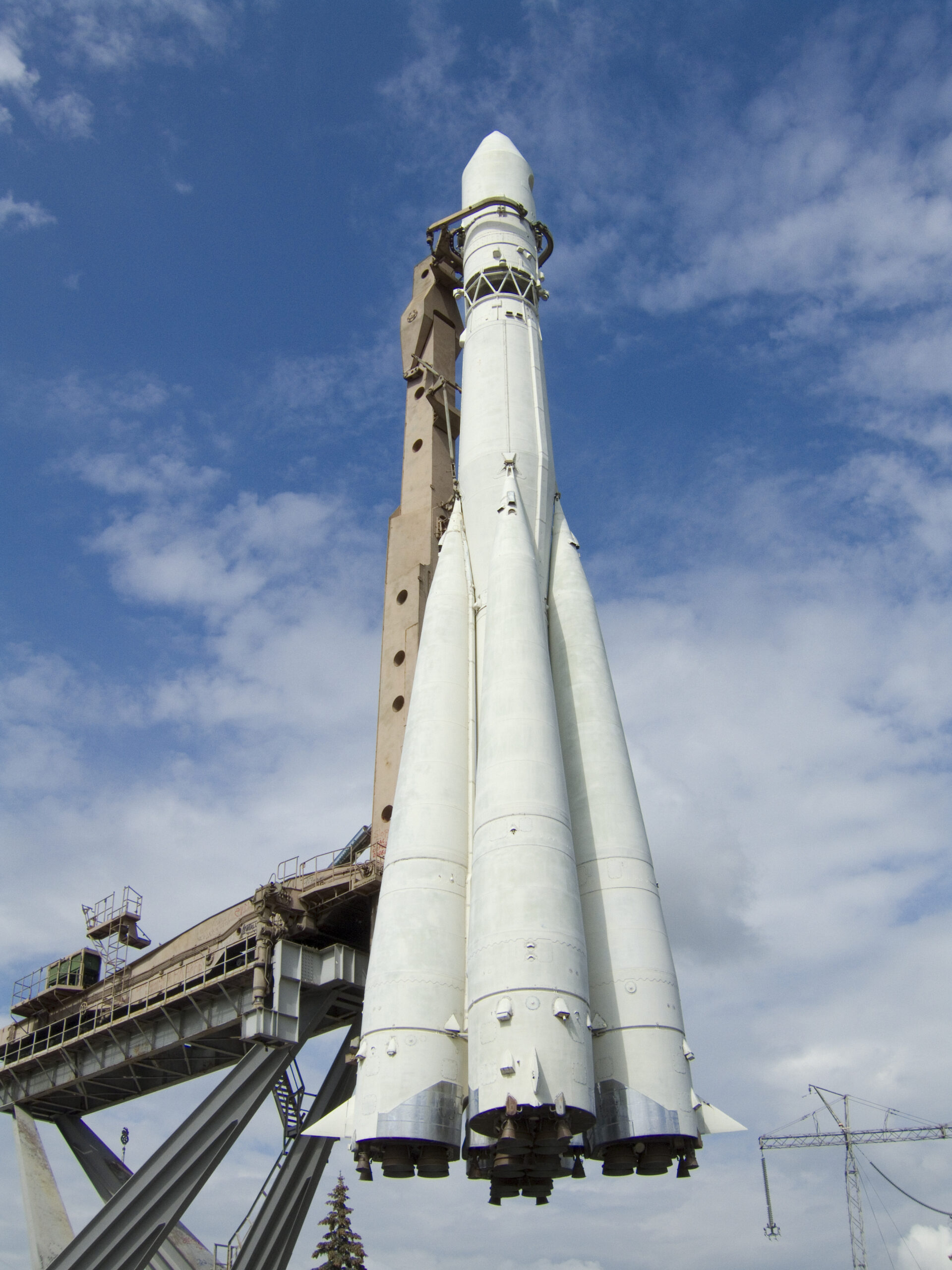 The Domino Theory: How Ideology Informed U.S. Intervention in Other Countries

The Domino Theory was a key ideological belief that informed U.S. foreign policy during the Cold War. It was based on the idea that if one country fell to communism, then its neighbors would soon follow. This theory was used to justify U.S. intervention in countries such as Vietnam, Cambodia, and Laos. The U.S. believed that if communism was not contained, then it would spread like a virus and eventually reach the United States.

The Domino Theory was a product of the Cold War and the ideological divide between East and West. It was a fear-based belief that was used to justify U.S. intervention in other countries. The U.S. believed that if communism was not contained, then it would eventually reach the United States. This fear of communism was a driving force behind U.S. foreign policy during the Cold War and was a major factor in the U.S.’s decision to intervene in other countries.