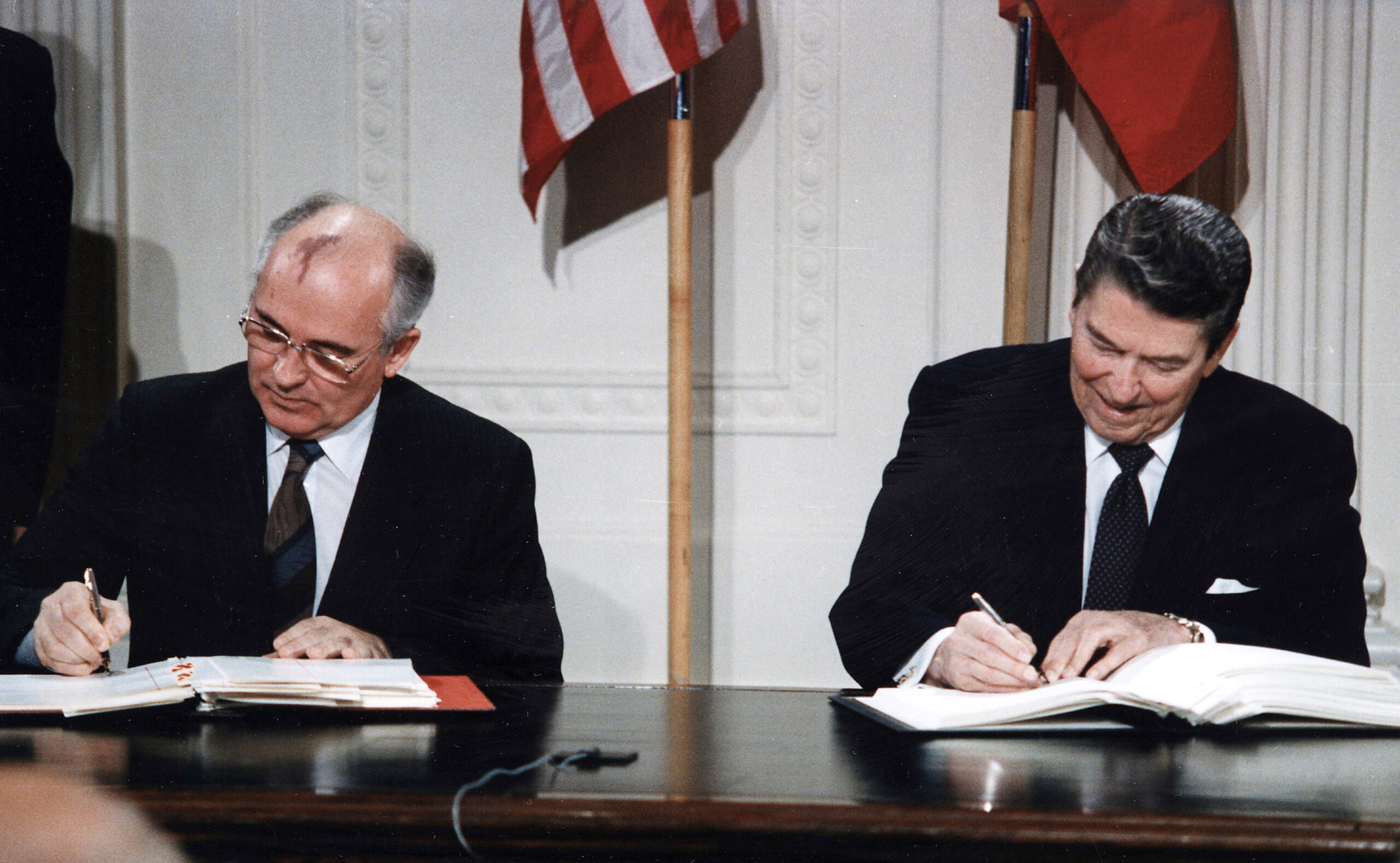 Russian-Chinese Split: A Crack in the Communist Bloc

The Russian-Chinese split of the late 1950s was a major turning point in the Cold War. It marked the beginning of a period of de-escalation between the US and USSR, and a crack in the Communist bloc. The split was caused by a combination of ideological differences and geopolitical tensions. On the ideological front, the Soviet Union had adopted a more moderate version of Marxism-Leninism, while China had embraced Maoism.

On the geopolitical front, the two countries had competing interests in the developing world, and the Soviet Union was increasingly concerned about the growing Chinese influence in Eastern Europe.

The split had a profound effect on the Cold War. It weakened the Communist bloc and opened the door to a more cooperative relationship between the two superpowers. The two countries began to engage in more diplomatic exchanges, and the Soviet Union even proposed a joint space program.

This period of de-escalation was short-lived, however, as tensions between the two countries soon resurfaced. Nevertheless, the Russian-Chinese split was an important milestone in the Cold War, and it provided a glimpse of what a more peaceful world could look like. 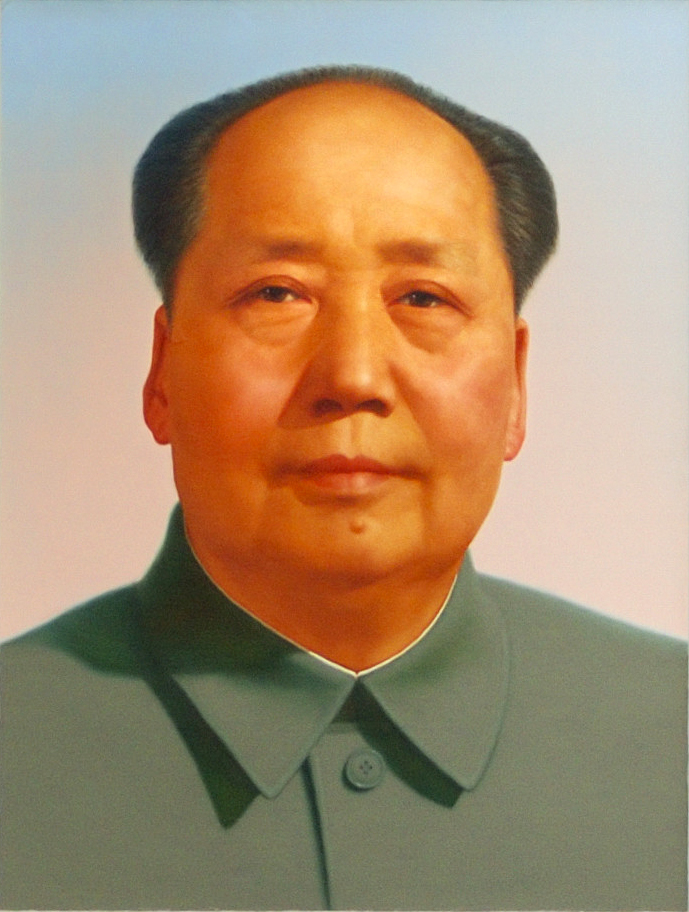 The Cold War was a period of intense political and military tension between the United States and the Soviet Union. Despite the hostility between the two superpowers, diplomatic efforts were made to bridge the East-West divide. In the late 1950s, a number of initiatives were taken to reduce the risk of nuclear war and to improve relations between the two sides.

The first of these initiatives was the Geneva Summit of 1955, which saw the leaders of the United States, the Soviet Union, France, and the United Kingdom come together to discuss disarmament and other issues. This summit marked the first time that the leaders of the two superpowers had met in person, and it was a significant step towards reducing tensions between the two sides.

The summit also led to the creation of the United Nations Disarmament Commission, which was tasked with negotiating arms control agreements between the two sides. Although the Geneva Summit did not lead to any concrete agreements, it did set the stage for further diplomatic efforts to bridge the East-West divide. 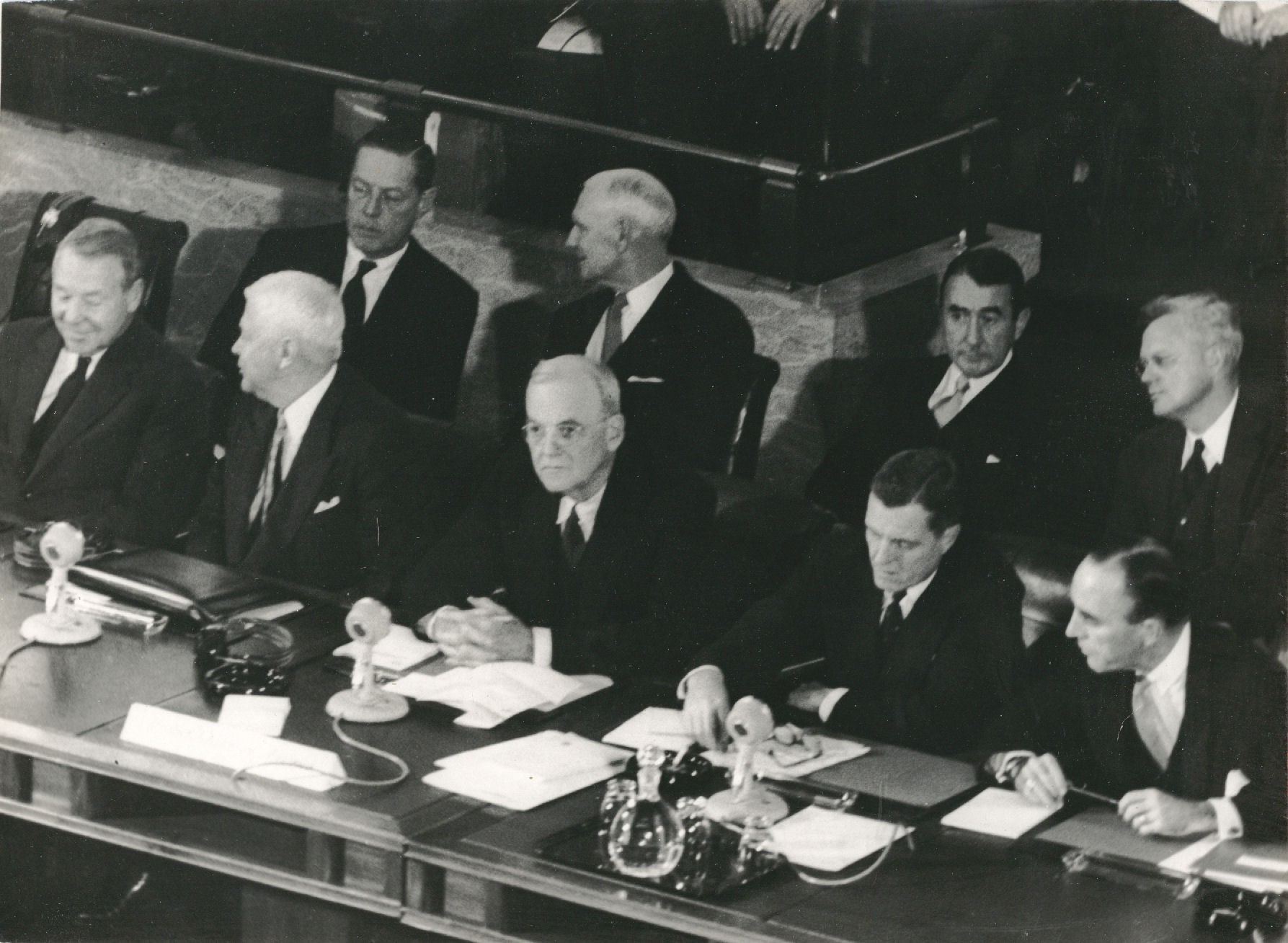 One reason why the Cold War began to thaw was because economic interdependence was fostered between the two sides.

The expansion of economic ties was facilitated by a number of agreements. The most significant of these was the 1988 Intermediate-Range Nuclear Forces Treaty, which saw the United States and the Soviet Union agree to reduce their nuclear arsenals. This agreement opened the door for increased trade and economic cooperation between the two sides.

The result was a period of increased economic activity and a greater sense of cooperation between East and West. This was a sign that the Cold War was beginning to thaw, and a step towards a more peaceful future.

The Cold War thawing was evident in the cultural exchanges that took place between the two superpowers. These exchanges were an important step in developing people-to-people connections and reducing tensions between the two sides. The first exchange took place in 1958 when the Soviet Union sent a delegation of writers, artists, and musicians to the United States. This was followed by a reciprocal visit by an American delegation to the Soviet Union.

The exchange of cultural delegations was a major milestone in the development of people-to-people connections. It was a way for citizens of both countries to learn more about each other and to develop a better understanding of their respective cultures. This was an important step in reducing tensions between the two sides and in building bridges of understanding and friendship. The cultural exchanges were a sign that the Cold War was thawing and that the two sides were beginning to move towards a more peaceful relationship. 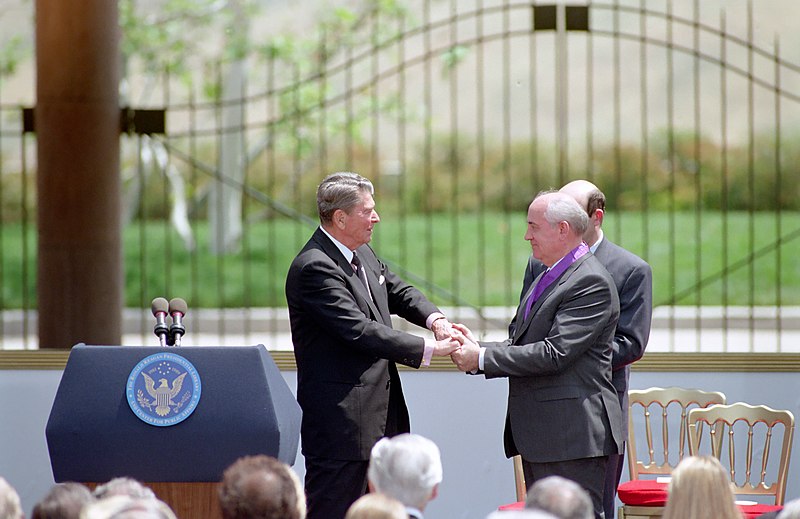 The Cold War was a period of intense tension between the two superpowers of the United States and the Soviet Union. In the early 1980s, the two sides began to take steps towards disarmament. The first of these steps was the signing of the Strategic Arms Limitation Treaty (SALT I) in 1972. This treaty limited the number of nuclear weapons that each side could possess and also set limits on the development of new weapons.

The SALT I treaty was followed by the SALT II treaty in 1979. This treaty further reduced the number of nuclear weapons and also set limits on the deployment of missiles. Both sides also agreed to limit the number of anti-ballistic missile systems that each side could possess. These treaties marked the beginning of an era of arms limitation and disarmament, and provided the first signs of the Cold War thawing. 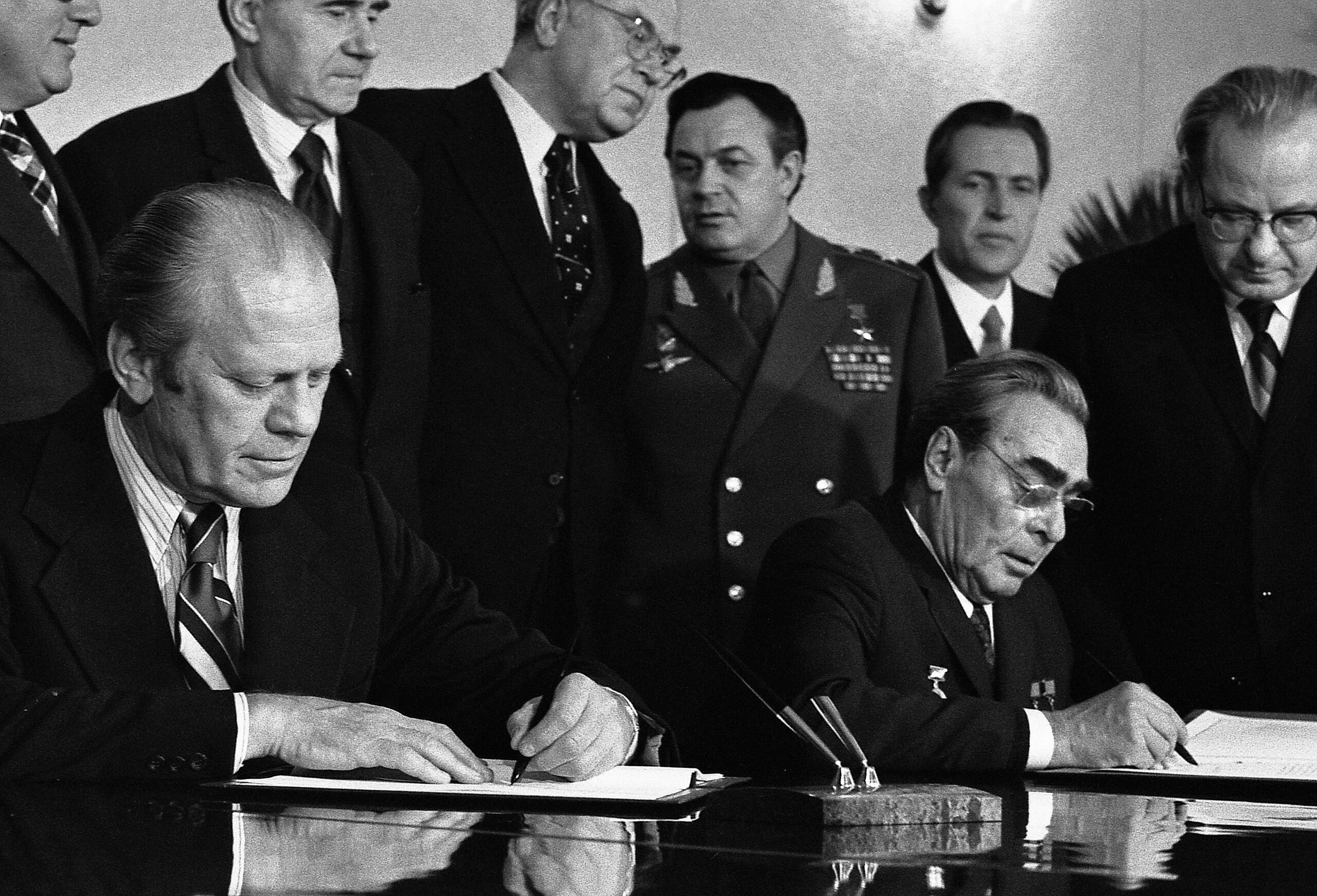 The Helsinki Accords: A Watershed Moment in East-West Relations

The Helsinki Accords of 1975 marked a major turning point in East-West relations. This agreement, signed by the United States, Canada, and the Soviet Union, as well as the majority of European countries, was the first step in the process of de-escalation of the Cold War. It was an important milestone in the process of reconciliation between the two superpowers, as it provided a framework for cooperation and dialogue.

The Helsinki Accords also had a significant impact on the international community. It was the first time that the two superpowers had come together to agree on a set of principles for international relations. It was also the first time that the Soviet Union had agreed to respect the human rights of its citizens, and to allow for greater freedom of movement and communication. This agreement was a major step forward in the process of improving East-West relations, and it paved the way for further dialogue and cooperation between the two sides. 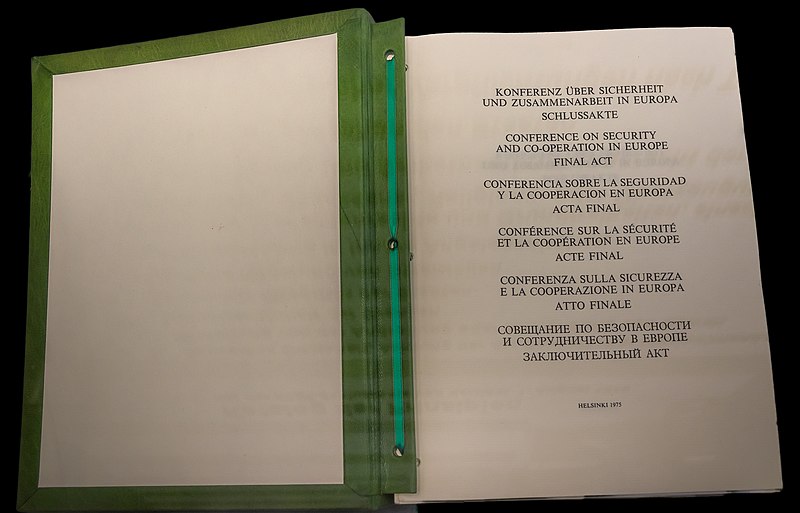 Perestroika and Glasnost: Gorbachev's Policies to Modernize the USSR

The 1980s saw the beginning of a thaw in the Cold War, largely due to the policies of the Soviet Union’s leader, Mikhail Gorbachev. His policies of perestroika and glasnost sought to modernize the Soviet Union and improve relations with the West. Perestroika aimed to restructure the Soviet economy, introducing market-oriented reforms to increase efficiency and productivity. Glasnost was a policy of openness, allowing greater freedom of speech and press, as well as greater access to information. These policies were seen as a way to improve the Soviet Union’s economy and international standing, and to reduce tensions between the two superpowers.

Gorbachev’s policies were met with a mixed response in the West. Some saw them as a sign of a possible end to the Cold War, while others were more skeptical. Nonetheless, the policies were seen as a positive step towards reducing tensions between the two sides. The thawing of the Cold War was further evidenced by the signing of the Intermediate-Range Nuclear Forces Treaty in 1987, which marked the first time the two superpowers had agreed to reduce their nuclear arsenals. This was a major milestone in the thawing of the Cold War, and a sign that the two sides were willing to work together to reduce tensions. 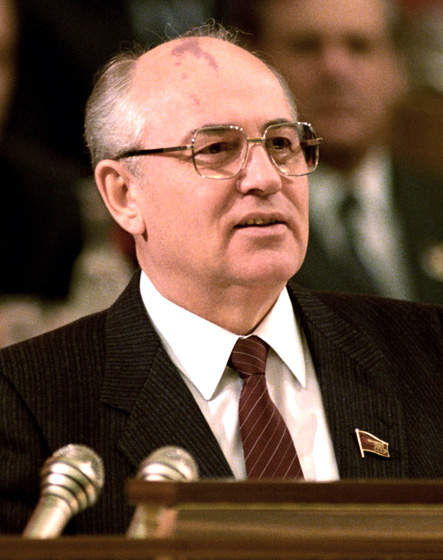