Getting Busy with Renaissance & Baroque Styles 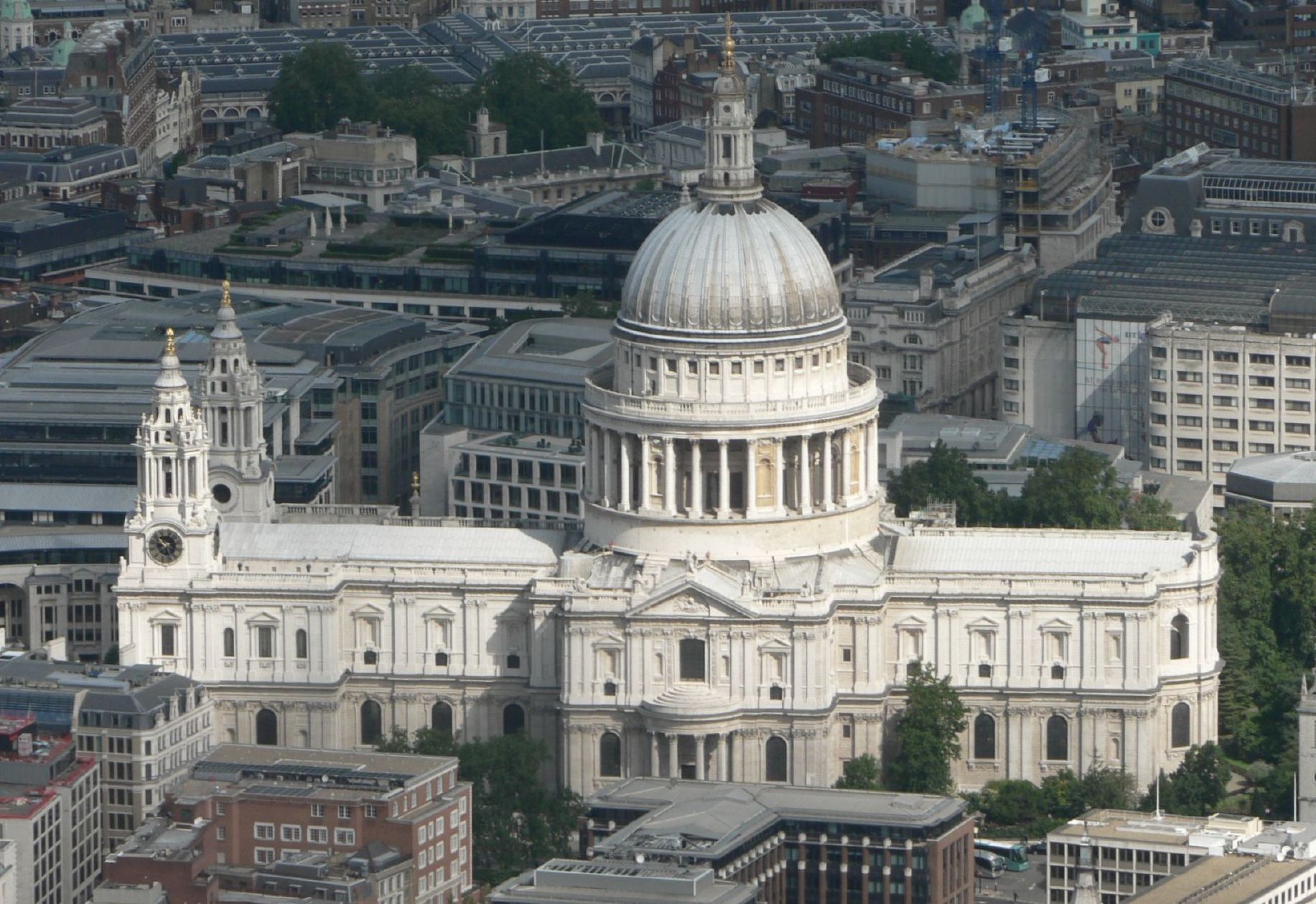 Renaissance architecture is defined by its return to the classical orders, and classical Roman styles in particular. Features include mathematically precise ratios of width and height as well as an overall ethos of symmetry, proportion, and harmony.

Filippo Brunelleschi is widely considered the ‘founding father’ of Renaissance architecture and is also now often recognized as the first modern engineer. Like many architects of the era, Brunelleschi was a true ‘Renaissance man,’  an architect and designer as well as a renowned sculptor. Near the end of the Renaissance, Michelangelo would also become not only one of the era’s best-known artists but a respected architect as well.

The Quattrocento was a period of exploration and formulation for architecture. At this time, the ‘rules’ of Renaissance architecture were defined, with a rejection of the intuition and proportions of Gothic architecture for geometric and logic-driven proportions.

The High Renaissance (1500-1525) saw the plans of the Quattrocento put to use. This period is seen as the ‘full-blooded revival of classicism.’

Mannerism, or Late Renaissance (1520-onward), exhibited a shift in the style, with classical themes paired with heightened decoration and more invention from architects who began to break the ‘rules’ of Classical architecture in individual ways, such as rounding a façade or using different ratios for posts and lintels. This era is the precursor to the Baroque period.

Baroque was originally a religious style, initiated by the Catholic Church to combat the Protestant Reformation and to inspire awe in viewers: many examples of Baroque architecture standing today are cathedrals and churches.

In the 1700s, Baroque evolved into an even more decorative style, which took root in Central Europe, particularly France. This style, often called Rococo, takes Baroque ornamentation to its extreme, with an intentional show of wealth particularly its use of gilding and sculptural decoration. Baroque continued to influence architecture in some parts of the world, including Germany and South America, through the early 18th century.

Historians generally divide Baroque architecture into 3 stages: Early, High, and Late (or Rococo). Early Baroque dates, generally, from 1584-1625. It was initiated by the Catholic Church to appeal to a wide audience, particularly in the face of the growing Protestant Reformation, and as a reaction against earlier, more severe religious styles.

High Baroque dates from 1625 to 1675. During this time, Baroque architectural styles began being used for a variety of buildings, growing out of its origins as a primarily religious style. It is also during the High Baroque that interior decorations grew in importance. In 1661, Louis XIV began his rule of France and decreed that Paris would supersede Rome as the artistic center of the world, and France became a center of Baroque architecture.

In Late Baroque, otherwise known as Rococo (1675-1750), architecture took on even more decoration and began to divide into regional styles, most notably French Rocaille.

During the Late Baroque period, the style reached beyond Central Europe to the Spanish and Portuguese colonies of Latin America. ‘Colonial Architecture’ is defined as any architectural style from a mother country that has been incorporated into the construction of colonies in distant locations.

Baroque is one of the most prominent examples of this type of stylistic expansion, and it continued to influence Latin American architecture through the 18th century.

In Colonial Architecture, the ‘original’ style becomes synthesized with local styles and needs, creating hybrid architectures. One example is Churrigueresque, or ‘Ultra Baroque,’ a Spanish Baroque style that features even more elaborate sculptural ornamentation than standard baroque and in an artistic style with Latin American roots. In Mexico, this style took on unique elements of experimentation and expressive design. The main façade of the Zacatecas Cathedral is a premiere example of Spanish Baroque. 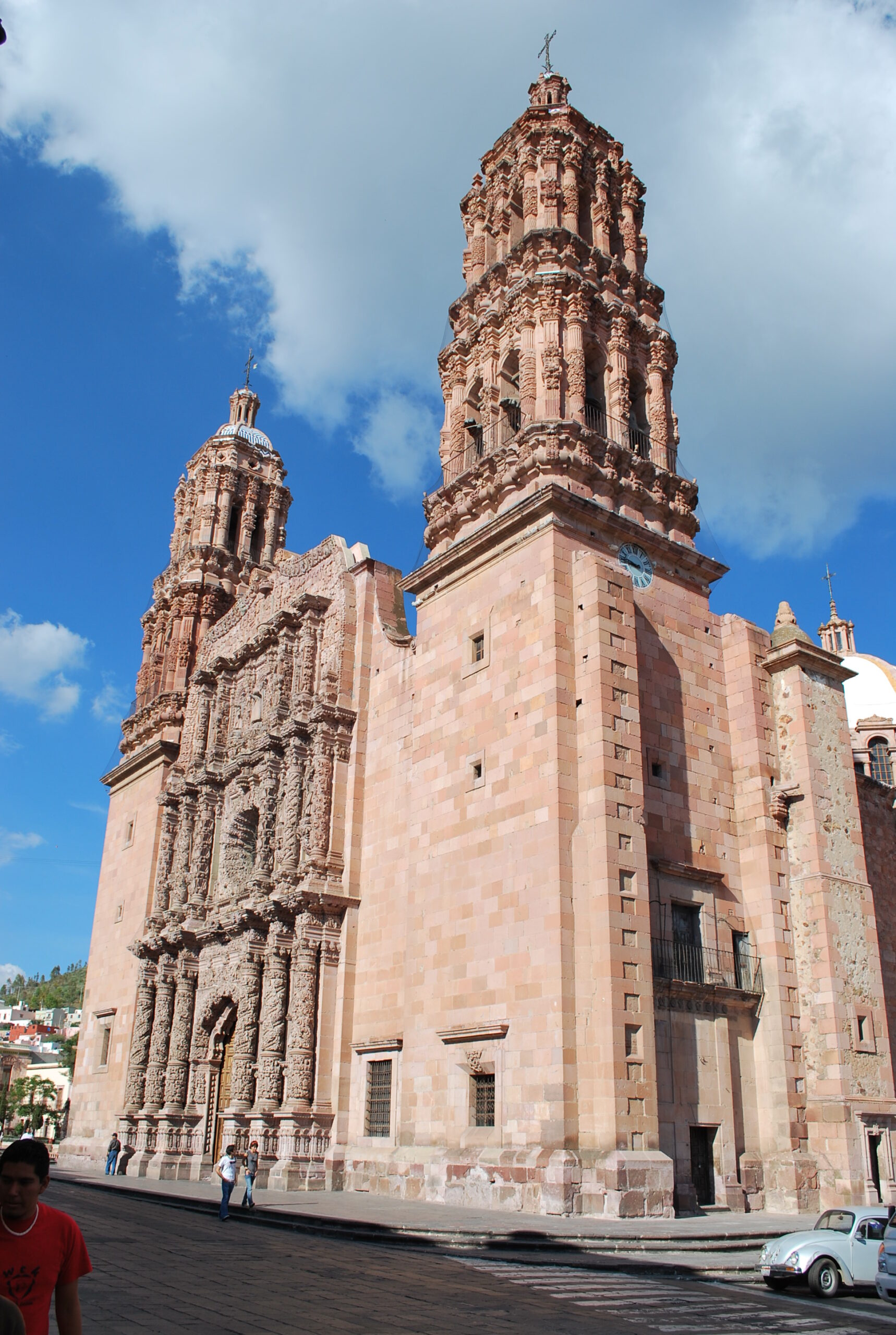 Trompe-lœil (French for ‘deceive the eye’) is an art technique of illusionistic ceiling that experienced a surge of popularity during the Baroque period. As an architectural feature, trompe-lœil is usually applied to the ceiling to create an illusion of open sky or a higher ceiling. It requires a high level of skill and verisimilitude, or realism, to create the effect. A trompe-lœil painting always includes the intention toward illusion; but not every ceiling painting is a trompe-lœil.

A type of trompe-lœil called ‘quadratura’ saw particular use in Baroque and Rococo architecture. Quadratura utilizes 17th century theories of perspective and geometry to enhance the architecture of a space. For example, a simple barrel-vaulted ceiling may be painted in a quadratura style to look as if it has an additional dome, ribbing, or other architectural features. In this way, quadratura is much more united with the architecture than other types of trompe-lœil.

If there is one word to describe Baroque and Rococo style and architecture, it would be ‘grandeur.’ Scale, decor, and materials – particularly gilding – were all carefully chosen to create surprising and awe-inspiring buildings, inside and out.

Although at their most basic Baroque buildings utilize the structural elements of classical Greece and Rome, it is the effusion of decoration that makes Baroque architecture truly unique. Domes and porticos as well as grand staircases are all regular features of Baroque structures.

Baroque architecture and interior design were also influenced greatly by illusion and a desire to trick the eye. Mirrors were used in large quantities, along with quadratura and overhead sculpture to give an impression of depth, and solomonic columns, with helical spirals, and incomplete architectural elements were often employed to disorient viewers.

The Sistine Chapel, located in Vatican City, was built between 1473 and 1481 under the direction of Pope Sixtus IV. It is a high, rectangular building with a simple exterior structure. Its minimal exterior decoration was common for Renaissance churches – a style which Baroque architecture would later rebel against.

The main space of the building is the chapel, with a 20.7 meter vaulted ceiling and 14 tall arched windows. The design of the chapel is centered on relative proportions, a common feature of Renaissance architecture inspired by Classical Rome.

The Sistine Chapel is most famous for its artwork, and in particular the ceiling painted by Michelangelo, which was completed between 1508 and 1512. The ceiling of the chapel is a flattened barrel vault, though Michelangelo utilized quadratura to add the illusion of architectural design, including moldings and pilasters. The ceiling is considered a cornerstone work of High Renaissance art.

Although it had a number of predecessors, London’s St. Paul’s Cathedral as we know it today was designed by Sir Christopher Wren and constructed from 1675 to 1711, following the destruction of its predecessor in the Great Fire of London.

It exhibits many Baroque architectural features, and its massive dome is a quintessential part of London’s skyline and was the tallest building in London for over 200 years. The cathedral has held many of the nation’s most important events and continues to act as a working church with daily services.

St. Paul’s is built in a ‘restrained’ Baroque style, with clear influences from classical and medieval architecture, particularly in its floorplan. However, the overarching design of the cathedral is clearly Baroque, its dome, barrel-vaulted ceiling, and colonnades of columns evoke classical design while its exquisite interior and exterior decor, in particular its sculptures and gilded niches and cornices, are purely Baroque.

The Palace of Versailles is world-renowned for its grandeur and Baroque/Rococo style. Although it is best known for the 18th century additions, the Palace of Versailles is actually a combination of architectural styles, with construction beginning in 1630 and continuing until the 1780s. The earliest portion of the building, the ‘corps de logis,’ was built by Louis XIII in the Louis XIII or ‘Louise Treize’ style of French art and architecture.

What began as a hunting lodge became the seat of the French government under Louis XIV, who expanded the building to become the palace as it exists today.

The extreme opulence of the palace reflects the lifestyle and spending of the French monarchs who resided there. The most famous portion of the building is the Hall of Mirrors, an incredible gallery of gilt sculpture, Corinthian columns, and 578 mirrors arranged to create an illusion of grand scale. The opulence of the room’s decorations, its use of mirrors to trick the eye, and its quadratura ceiling are all quintessential elements of Late Baroque style. 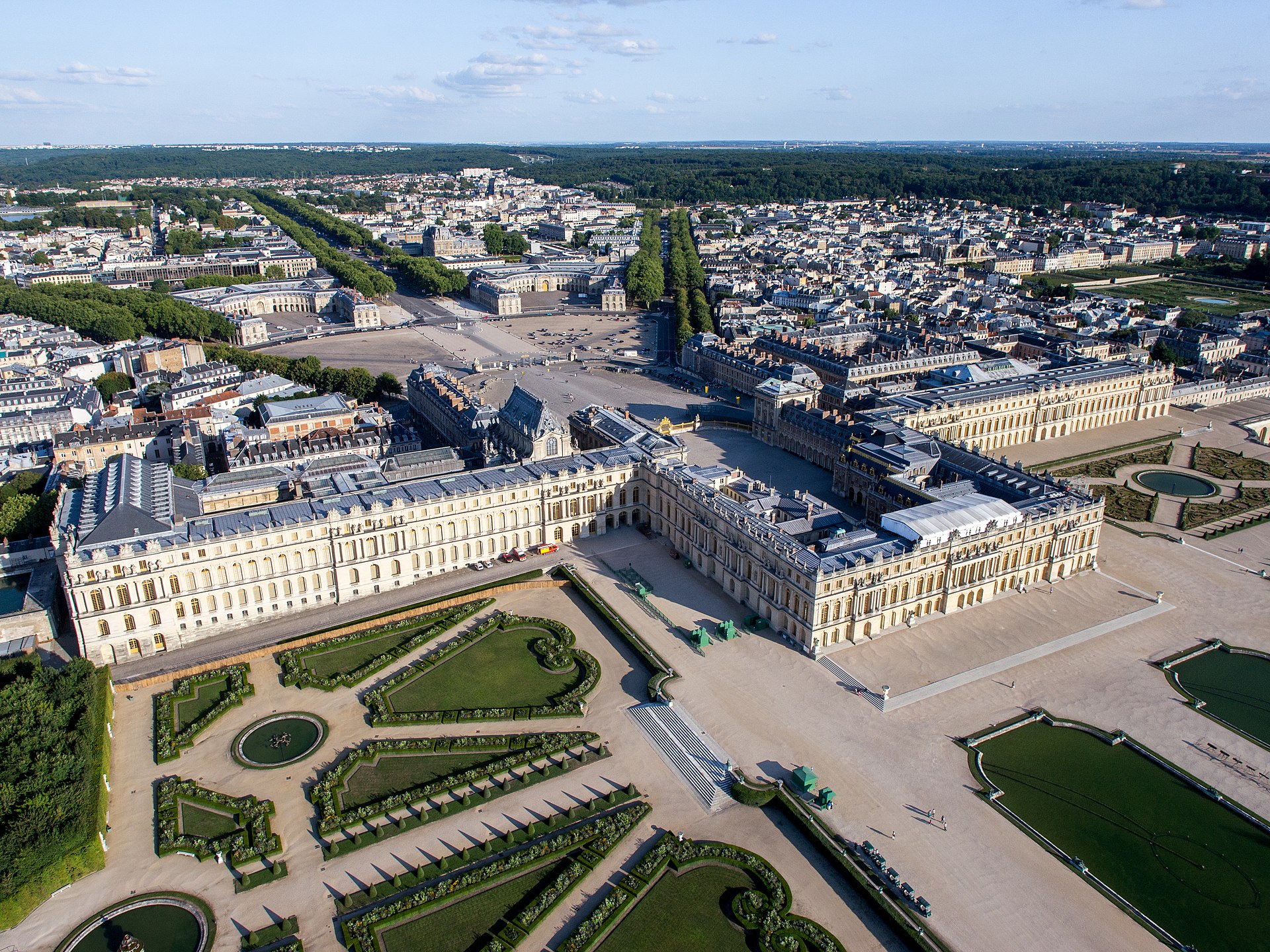