Kinnuverse » Technology » Artificial Intelligence » The Potential of AI for Humanity

The Potential of AI for Humanity 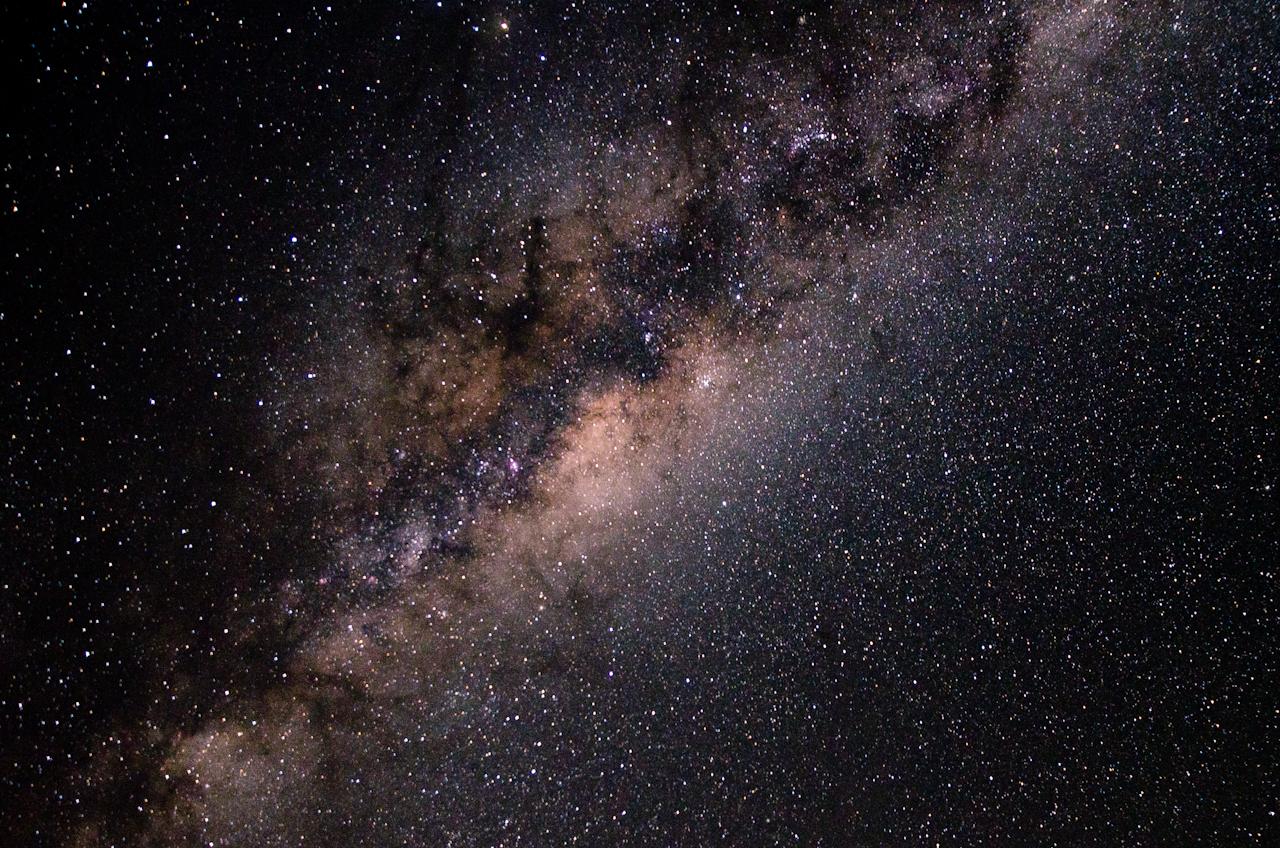 Computers aren’t the thing; they’re the thing that gets you to the thing

Within just decades, AI has risen from being a limited academic pursuit to becoming embedded in all of our lives. Like Neo’s choice of the red or blue pill in the original 1999 Matrix film, whether we choose to embrace a possibly unsettling truth or remain in ignorance, AI is now – and here to stay.

Devouring vast amounts of personal data, it controls shopping, and television suggestions, shaping what we see in social media feeds while providing groundbreaking research insights into science, medicine, maths, and beyond.

As with many other tools, used well, it offers great advantages. As one of the lead characters said at the beginning of the Halt and Catch Fire series aired on the cable network AMC, “You know computers aren’t the thing, they’re the thing that gets you to the thing.”

And that’s true of the field of AI. Take the mission statement of DeepMind, one of the leaders in AI research “We’re a team of scientists, engineers, ethicists and more, committed to solving intelligence, to advance science and benefit humanity. 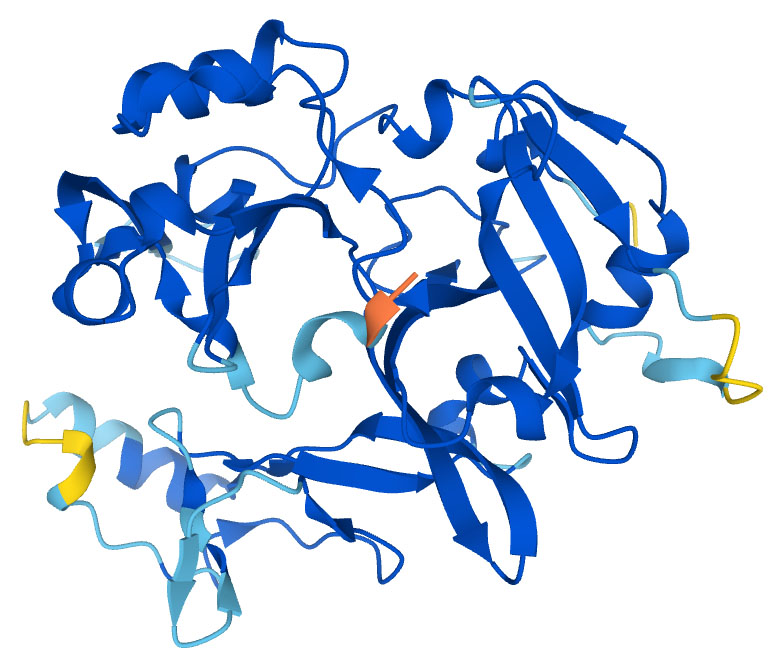 Unlocking the secrets of life

If we let it, AI has the power to bring great hope, not only to our own lives but those of the generations to follow. While the obvious benefits it can already provide support human potential, including remote surgery, autonomous self-driving cars, and language translation, there may be more far-reaching areas, such as helping us crack some of the most complex problems in science – ones that we might otherwise not solve for a very long time.

DeepMind’s co-founder Demis Hassabis believes AI will unlock the very secrets of how life works. And while this may seem ambitious, their AIs are already on that path. ‘AlphaFold’ has learned how to solve a seemingly intractable biological problem, where others have failed, predicting the incredibly complex and intricate protein structures that are part of the stuff that makes life ‘tick.’ And while this might seem important in a theoretical sense, it has huge real-world implication, far beyond the laboratory.

Not only does such a tool aid and accelerate drug discovery, but it is also helping researchers identify a range of enzymes with the potential to break down plastics and return them to their chemical building blocks.

Breaking out of the specialism

Unless watching the latest sci-fi blockbuster, when most of us think of AI or hear of it in the news, it is in a limited context, predicting gene expression, forecasting weather, or playing a seemingly abstract game that most of us have never heard of.

Such models and techniques are described as ‘narrow’ – their range of abilities constrained. After all, you couldn’t take the AI used to detect pedestrians stepping out in front of self-driving cars and transplant it, unchanged, into your voice-activated ‘Alexa’ or ‘Siri’ and expect it to read out loud a recipe for baked Alaska.

The most viable solution to real-world problems is to create artificial ‘general’ intelligence that can cope with the wide range of challenges that multiple environments throw at us and supercharge how we tackle what is not only urgent but multifaceted.

And yet, perhaps, while not there yet, we may not have as long to wait as we think. DeepMind has released a ‘generalist’ AI, called Gato, that can take on 600 different tasks.

Our brains are big – massive, in fact. A 2009 study suggested that our human intelligence is powered by some 86 billion neurons – to put that in context, there are somewhere between 200 and 400 billion stars in the Milky Way. We are almost of cosmic proportions.

So perhaps AI intelligence is simply a matter of scale. After all, there have been some gigantic neural networks that have had some fantastic successes. Take OpenAIs GPT-3 with a massive 175 billion parameters; while it received criticism, from some for the mistakes it made, it gave a good indication of how an AI may look when it masters human language.

Indeed, compared with the previous GPT-2 with a ‘mere’ 1.5 billion parameters that had struggled to create simple paragraphs of text, we are now up to 2000-word human-like essays.

Therefore, could creating ‘generalizable’ AI simply be an engineering challenge? It’s probably not that simple, but super-sizing AI may lead to impressive gains, especially in language processing.

Teaching your baby to play pong

It wasn’t so long ago that teaching an AI to play a video game was considered impressive. After all, DeepMind’s Agent57 started learning to play all 57 Atari video games in 2012 and even focused on developing intrinsic motivation and novelty rewards to encourage the AI agent to explore as many different states as possible. Scaling Agent57 has led to better than average human performance in all Atari games.

But if that weren’t enough, neural networks are now being created that mimic standard computer operations – in other words, the AI is running code like a regular computer. It means that an AI can have a virtual neural network playing pong within it.

‘Neuromorphic computers’ are emerging that more efficiently run AI by using artificial neurons for storage and computation, significantly speeding up virtual networks, and with the potential to outperform standard computers in specific tasks. 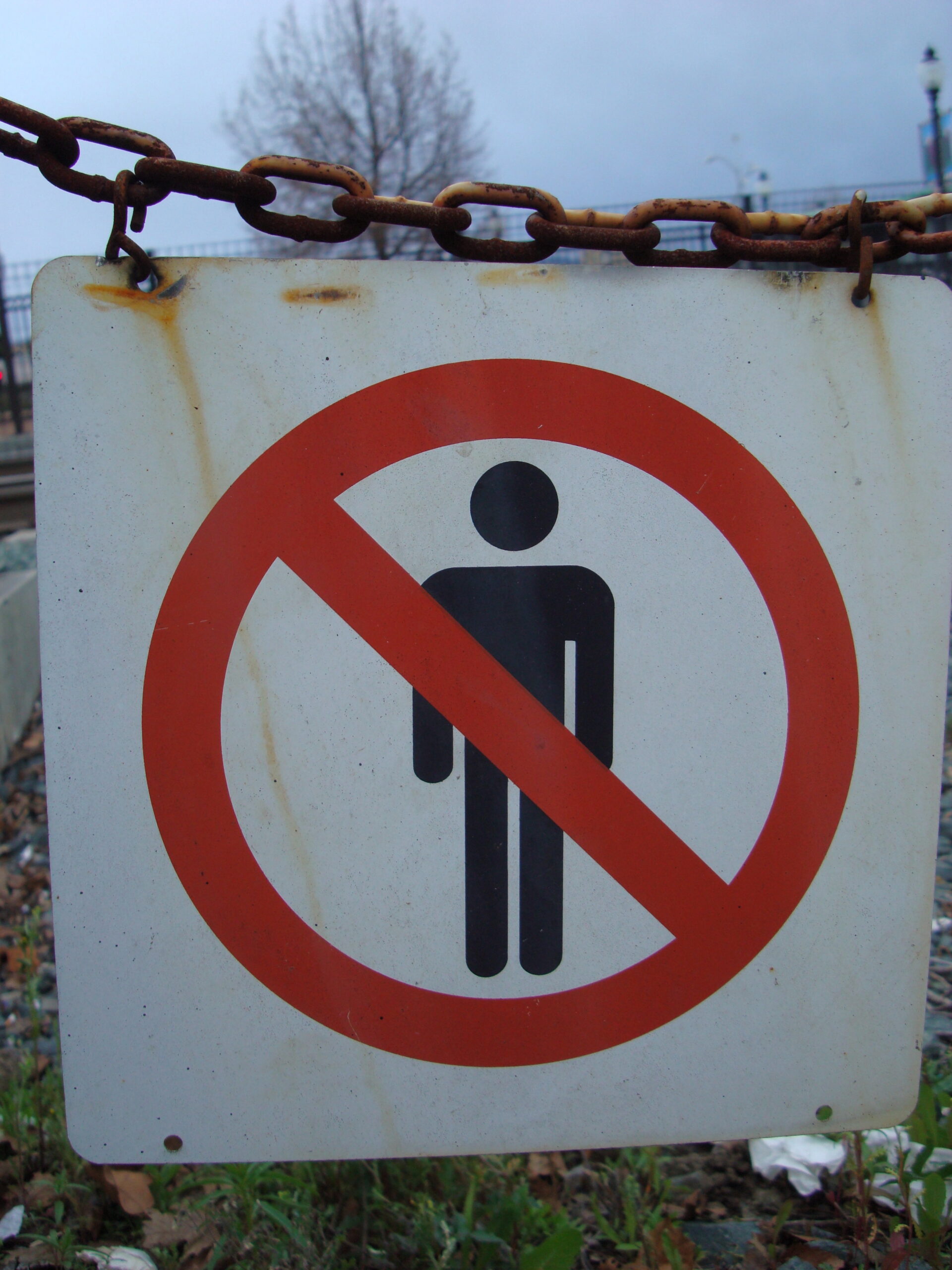 Humans are not easy for robots

Humans are one of the greatest challenges for robots. After all, it’s hard to predict what we will do next, even for us. One solution is to focus on ‘collaboration.’ If the robot and human are joint agents for certain tasks, surely we can create an optimal plan for both. And yet, as humans, we are not always great at following well-thought-out plans or deviating at short notice.

‘Model predictive controls (MDP)’ can help. We arrive at a plan, take the first action, then revisit the plan. When the human heads to the coffee maker getting in the way of a self-managing vacuuming robot, rather than continue undeterred, the robot replans.

Another option is to ignore attempts to coordinate. Instead, the robot sees us as something in the environment that messes with what they are doing. We are more of an annoyance than a helper. The robot models the problem, recognizing unknowns in the MDP and uses reinforcement learning to fix things when they go wrong. 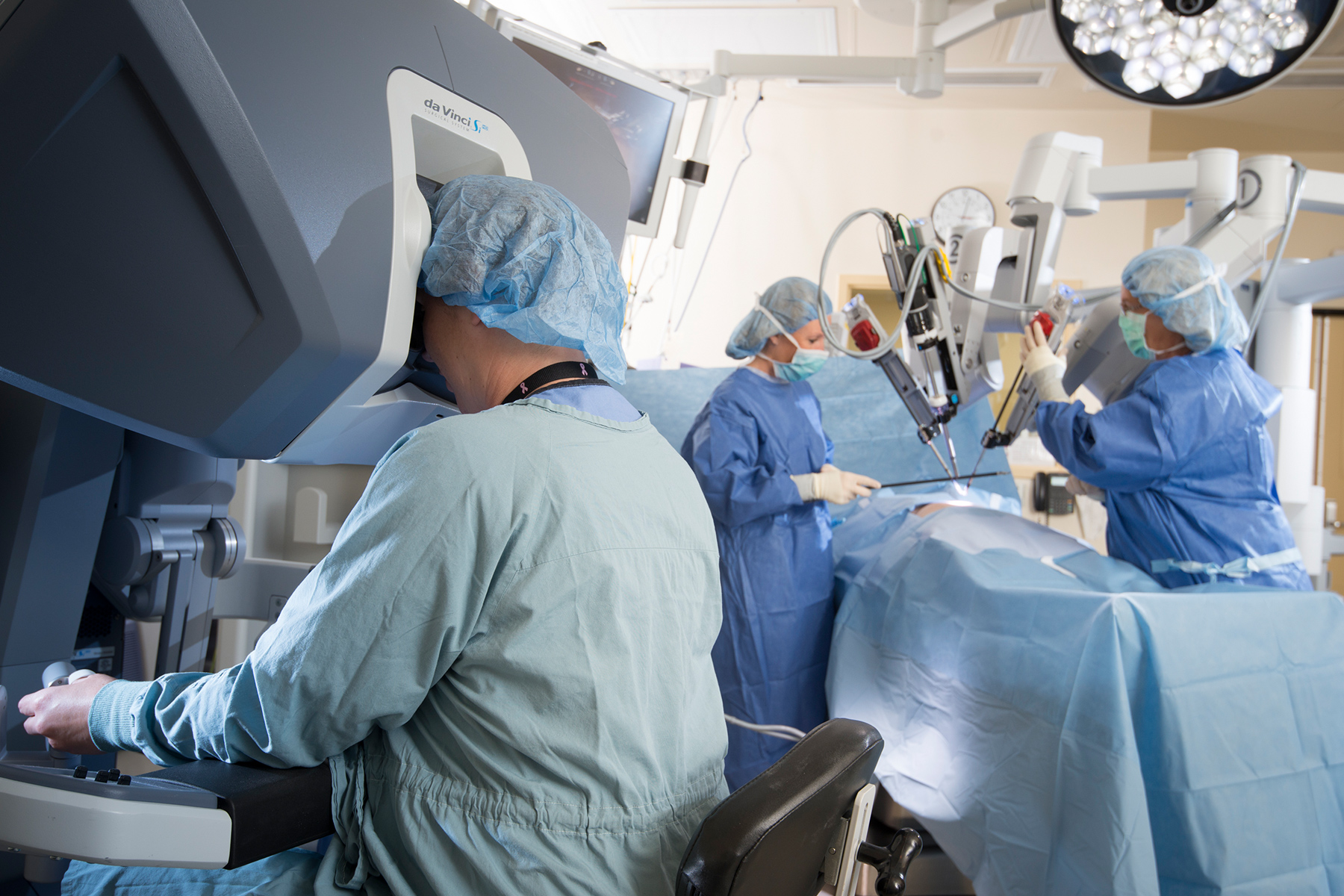 What if the next time you arrive at the emergency room, you are greeted by a shiny robot rather than a doctor in a set of scrubs? For some, it might be a relief. Medical staff are often overworked and overtired – there is room for human error. For others, the absence of the personal touch, or concerns regarding its failure rate, could lead us to shout out, ‘I need some help in here.’

And yet, according to the US Institute of Medicine, 1 in 10 medical diagnoses are wrong, contributing to as many as 80,000 deaths in the US alone. AI can help. And health insurers and health providers both recognize it. But what about the ethical decisions that doctors make? Do we trust or accept when an AI chooses not to continue the operation due to the potential risk of secondary complications to the patient? And how does it decide between saving a mother or an unborn child?

Ethical concerns aside, deep learning networks are now outperforming doctors at diagnosing diseases from melanomas to diabetes. And, if done well, AI deep-learning can do more than diagnose; it can suggest therapies and understand the progression of chronic conditions such as asthma, hypertension, and arthritis.

We often think in terms of us and them – humans versus AI. And yet, combining their power may lead to incredible benefits. The goal of modern medicine is to personalize treatment, moving on from the old one-size-fits all approach to prescribing. After all, that was before the Human Genome Project mapped our genetic blueprint and personal DNA sequencing became low-cost.

In fact, individualized cancer treatments tailored to the genetic make-up of tumors are having remarkable success. By combining the power of AI with the experience of doctors and surgeons, it is possible to reduce, and in some cases, remove uncertainty. For example, in the US all women with high-risk lesions receive surgery, even though 87% of them are benign. Machine learning is now able to identify 30% of women who do not need the surgery.

Pair AI with other areas of expertise, such as traffic control, building management, and service industries, and the potential for better service and dramatic cost savings is incredible.

Driverless cars are here to stay

It seems like driverless cars have been talked about for years. And yet, while there were radio-controlled cars as far back as 1925, it wasn’t truly until Google, having secretly launched its self-driving car project in 2009, revealed its prototype and a staggering 300,000 test miles without an accident that it came to public attention.

And yet, using AI to take full control of a car has many challenges – ethical, legal, and even regarding insurance. There are also degrees of automation, ranging from level zero, such as having automatic gear shifts, to level four, where cars drive independently but may request human intervention, to level five, where cars can operate independently in any conditions.

And yet accidents happen. Elaine Herzberg was killed by one of Uber’s Volve XC90-based prototypes. Police concluded that the accident was avoidable, blaming the failure of Uber’s safety driver for not taking over rather than the AI.

We may have to accept that driverless cars may never be completely safe, but, instead, we must agree on how much better it must be than the existing human-governed system.