Engagement and finding the flow

Flow is a state of mind as much as an experience. Let’s look at how it can result in optimum performance and increased wellbeing. 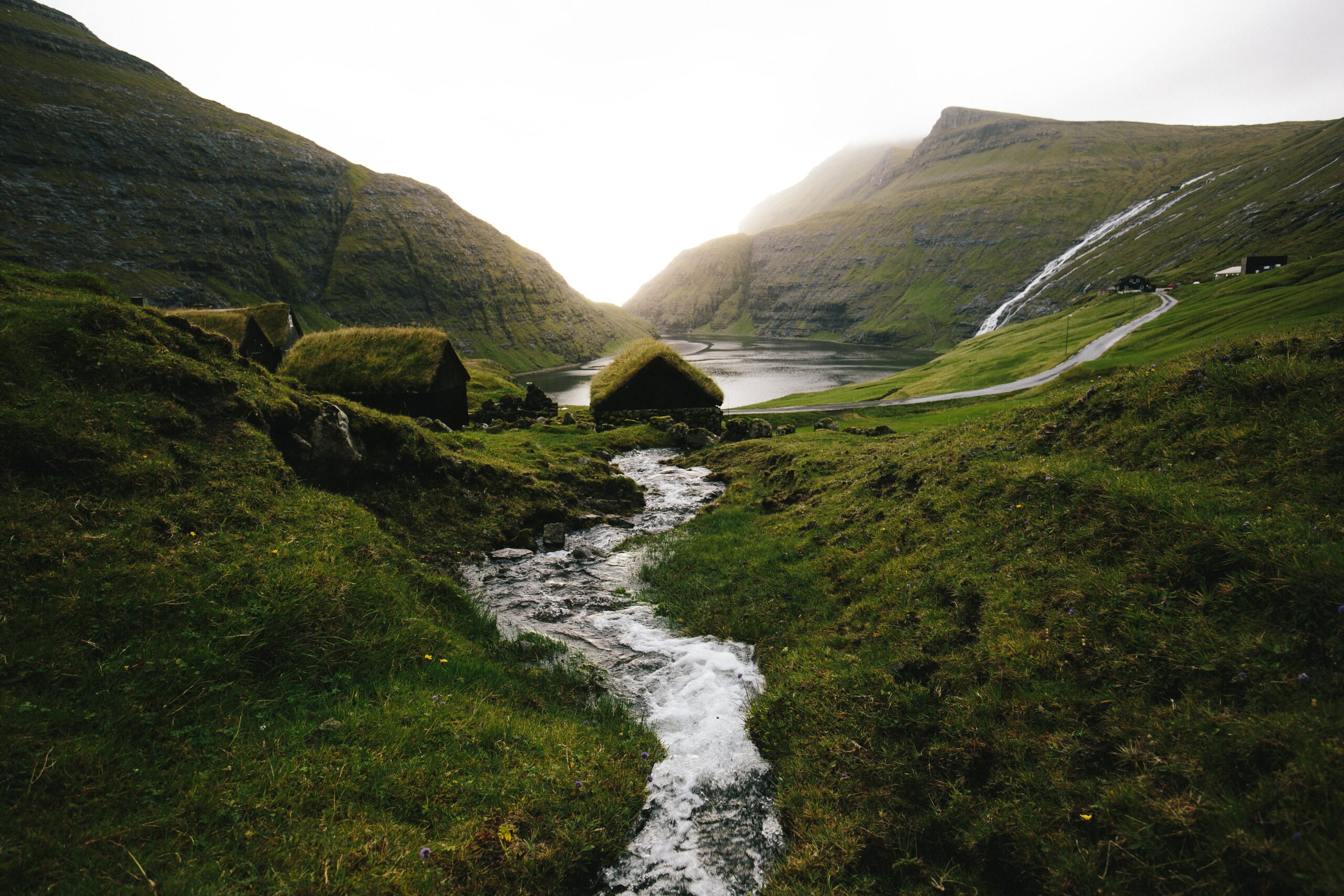 Have you ever been so absorbed in an activity that time seemed to stand still or disappear entirely? If so, you most likely experienced what psychologists call ‘flow’ – and what athletes often refer to as ‘being in the zone.’ Indeed, whether inside the sporting arena or outside, it has the potential to make the toughest of challenges easier and a more pleasant, more profound experience.

Professor of psychology Mihaly Csikszentmihalyi first named the concept in 1975. Since then, it has received considerable attention due to its potential to transform our experiences into something intrinsically rewarding, leaving us with an overwhelming sense of everything coming together or clicking into place – even briefly.

When we feel completely immersed in what we are doing and our actions and awareness merge, we perform optimally – cognitively and physically. Our concentration is heightened, causing us to shut out distractions and be our very best version of ourselves [1, 4, 5].

Engagement and the PERMA model

The second element of the PERMA wellbeing model is engagement or ‘flow,’ and it is highly subjective. “Did time stop for you? “Were you completely absorbed in what you were doing?” asks Professor Martin Seligman. And yet, during the flow state, feelings and thoughts are most likely left unnoticed; only later can they be identified and rationalized.

Yet there are no shortcuts. According to Seligman, flow is most likely when we deploy our top strengths, and it coincides with more positive emotion, increased meaning, a greater sense of accomplishment, and better relationships.

Therefore, creating opportunities and experiences of flow benefits immediate feelings of wellbeing and, over time, more fulfilling lives, underpinned by a well-tested psychological theory. And it can happen in the most trying of times – even during a global pandemic.

A 2021 study that included 314 sports and music students found that reported incidences of flow not only impacted satisfaction with life and studying but, perhaps surprisingly, predicted the degree of impact of the COVID-19 pandemic on their lives and wellbeing [1, 6].

The Art of Flow

When Csikszentmihalyi worked with artists in the 1960s, he became fascinated by their capacity for unwavering concentration and the enjoyment that came from the very ‘act’ of painting itself – since described as being ‘intrinsically motivated.’

He became interested in the experience of flow, attempting to understand why it happened and how it felt. So, he extended his research remit to include dancers, rock climbers, and musicians to identify characteristics present in those patterns of action that produced flow rather than everyday life experiences.

He recognized that, whether the discipline was mental or physical, the experiential involvement was moment-to-moment and intense. Attention was at its highest, and the person was performing to their capacity – they were their optimum selves.

In many ways, a sense of flow is the opposite, or inverse, of the experience of depression or stress and other mental health problems. All negative thoughts are absent [2, 4, 5].

Flow must have goals and feedback

Csikszentmihalyi also noted that, while the experience of flow can theoretically occur in any activity, it is more common in certain types: sports, creative arts, socializing, sex, listening to music, and study. On the other hand, boredom and apathy-inducing activities, such as watching TV or doing the housework, are less likely to lead to a flow state.

Instead, the activity must have clear goals and immediate feedback. For example, in rock climbing, the plan may be to reach the top of the climb using a chosen route – quickly yet safely. The climber receives feedback in the form of safe, secure holds and making good progress.

A 2015 paper, appearing in the scientific journal Ethography,  quotes climber Andy Kirkpatrick as saying, I am “[t]otally immersed in the climbing, my brain is powered up and energised, working to its full potential, its limited memory freed from all those confusing hoops it has had to jump through in the real world.”

‘Flow seekers’ balance their skills against challenges. Too easy, and the individual becomes bored at their task, and consciousness creeps back in. Too difficult, and they become anxious, stressed, or even angry [2, 4, 5,7].

Immersing oneself in flow

Having lost self-consciousness, the ‘flow seeker’ experiences a complete sense of control over what they are doing – even if perceived rather than actual. Such an experience is increasingly likely when skills and challenges are well-matched.

Most intriguingly, flow activities are experienced within their own time. On occasions, such as when painting or writing, time will fly by – hours can seem like minutes. However, in other activities, such as during a dance or a free dive, time slows, and minutes turn to hours – the journey is outside time.

Immersion involves complete concentration and the merging of action and awareness. Attention is wholly focused within the activity and nowhere else; the person’s attention becomes lost in what they are doing, and everything else is irrelevant

Indeed, so compelling is the experience of flow that we may want to repeatedly return to the activity purely for its own sake. We are drawn to its allure even when it places us at risk [2, 4, 5].

Benefits and dangers of flow

When achieved, flow can result in peak performances and enhanced skill acquisition. Notably, according to the PERMA model of wellbeing, flow is linked to positive emotions, and its importance is increasingly being considered within the workplace and educational settings.

Indeed, in a study reported in 2014, Csikszentmihalyi and colleagues tested 526 high school students, finding that engagement is consistent with their degree of concentration, interest, and enjoyment. The existence of flow was most often reported when the challenge of the task and their skills were in balance, and the learning environment was under their control.

However, while flow inherently adds value to an activity, maximizing an individual’s performance and enhancing experience, it has no moral compass. Addictive behaviors such as gambling are as likely to induce the state as exercising. Yet, whatever the end goal, flow undoubtedly has the potential to stretch an individual to achieve goals they may not otherwise reach [4, 5, 7, 8].

Sadly, the flow experience is less common than we might hope, despite its ability to enhance individual activities and promote wellbeing and life fulfillment.

A recent study found that more than a third of people in the US have never, knowingly, experienced flow. Only a small minority reported having achieved a flow state on a daily basis.

As a result, while it is not something to rely on when attempting to achieve happiness or increase wellbeing, it is a factor that deserves consideration. Indeed, for those trying to improve their performances or push their limits, ‘crafting’ activities and the environment to maximize their opportunities for reaching flow may be time and energy well spent.

According to flow originator Mihaly Csikszentmihalyi, it is vital to shape the activity itself and participate in activities that are intrinsically motivating to the individual [3, 4, 5].

Some people are more likely to enter flow than others – psychologists describe them as having ‘autotelic’ personalities. Someone who is innately curious, low in self-centeredness, and can be motivated intrinsically is more successful at getting ‘into the zone.’

And possibly, as a result, such a person is disposed to actively seek out such flow-inspiring challenges and experiences.

But what are these lucky ‘autotelics’ like? Well, a 2014 study attempted to find out. Having tested 316 young adults, they found that conscientiousness is a more vital element than extraversion, agreeableness, and neuroticism in the ‘Five Factor Model of Personality’. Perhaps surprisingly, ‘openness’ to new experiences was not predictive at all.

It seems then that, while the likelihood of flow increases in certain circumstances and environments, having a particular mindset or outlook is vital – the perception of the experience is as important as the experience itself [1, 9].

With a flow state potentially enhancing performance and enjoyment, it may be worthwhile practicing how best to increase engagement.

For flow to occur, the difficulty of the challenge must match the upper levels of the individual’s skills. Modifying challenges and improving skills can be used to achieve the delicate balance required.

Make a list of activities you enjoy with flow-producing potential. For the top 3, reflect on the following questions: i) What do I want to achieve from this activity? ii) How will I know how well I am doing throughout? iii) How can I balance my skills versus the challenge to keep me interested and engaged?

Plan and perform the activity. Reflect on your performance and your experience of flow. Consider how you could modify it further; perhaps the challenge should be more significant or skills improved [1, 4, 5].

Becoming fully absorbed in what we are doing can be difficult to plan and achieve. However, with practice, it is possible to explore the potential of flow states and create immersive and energized experiences.

Think back to a time when you were most absorbed in what you were doing and when you were not frightened of failing. Close your eyes and visualize how it felt when performing at your best. What was it like when action and awareness merged? Reflect on what was going on at the time:  who you were with, and where you were? How did the experience start, and how did you feel when it was over?

Use the insights to plan activities with similar characteristics. What would they be? How often could you perform them, and where? Find a way to make activities that may lead to turn flow into a habit [1, 4, 5].

[1] Seligman, M. (2011). Flourish: A new understanding of happiness and well-being and how to achieve them. London: Nicholas Brealey Publishing.

To help us fully understand the value of positive psychology, it is valuable to explore how and where it can be applied. Let’s take a look.

Managing tough situations allows us to handle stress and supports us as we overcome obstacles along the way.

Playing to our strengths;

Positive psychology focuses on strengths instead of weaknesses, encouraging individuals to set meaningful goals and work toward them.

What is Positive Psychology?;

Pursuing growth and change purely for the intrinsic sake of achievement brings many benefits, not least an ongoing boost to our wellbeing.

Finding and Creating a Meaningful Life;

Here we explore this vital subject and attempt to uncover what a meaningful life might look like and its importance to our wellbeing.