Kinnuverse » Culture » How to Actually Watch Movies » Sound and Lighting 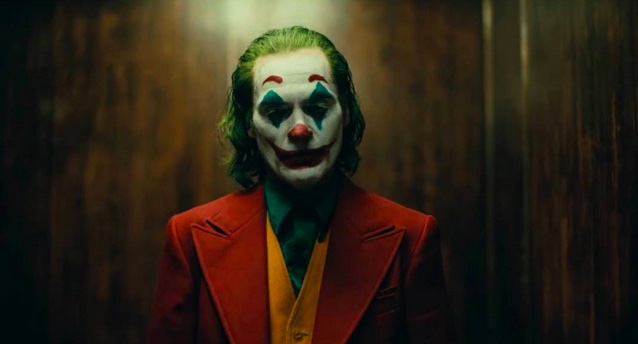 Introduction To Sound and Lighting

Each and every aspect of a movie is carefully chosen by filmmakers in order to present the plot in the most powerful and impactful way using a myriad of tools and techniques at their disposal. Two of those important elements at a filmmaker’s disposal are sound and lighting.

The sound and score of a film add a dimension to the images on the screen that other mediums of visual art cannot offer. This audio element is meant to enhance an audience’s experience with a film and provide added effect and dramatization of the movie’s plot.

Similarly, the lighting of a movie establishes the tone and mood. The mood and tone of an entire scene, and even film, can be changed depending on the lighting. The lighting in a movie helps to establish the reality within the movie and helps to subconsciously signal to the audience an emotional landscape.

Music To Your Ears

When you hear the first twinkling notes of Harry Potter’s theme, or the infamous march of Darth Vader, or even the theme song of your favorite television show, you can be instantly transported back to the world of the film that music scores.

But have you ever wondered why that is?

Film is unique in its ability to combine sound and visuals. A fantastic piece of music will move you, just like a work of art or a novel might bring you to tears or inspire you to change your habits, but no other art form can bring each visual and auditory art together in such a distinct way.

A film’s soundtrack and score help conceptualize the film while also setting the mood and tone of the movie. Before there was dialogue and sound effects, movies were composed solely of their scores and their onscreen visuals. This goes to show how powerfully music can set the tone and mood of a film while also heightening the emotions of a story.

When analyzing a film based on its audioscape, it’s important to be able to distinguish between soundtrack, scoring, and sound effects.

A film’s score is an original piece of music specifically written for the film. It is meant to embody and evoke specific emotions about the characters or plot. It’s important to recognize that film scores are unique because they will help you understand what the composer, and the filmmaker, is meaning the audience to feel based on the soundscape they are creating.

On the other hand, a soundtrack does not have to be original music. These may be common songs we recognize and love ourselves or they may be classical music. A film’s soundtrack can help to set the time and space for a film.

For example, you probably won’t hear Michael Jackson playing in a movie set in the Great Depression unless that film is making a specific stylistic choice to include it. Discontinuity of music and time and setting can be used purposefully to emphasize a theme or idea in the story.

In order to understand the importance of lighting and sound in a film and analyze their significance, it is important to understand what mood and tone are.

A film’s mood is how the audience is meant to feel about the scenes we are watching given our unique perspective as a spectator.

The score, or original music written for a film, can heighten the passion and romance between 2 characters or deepen the grief and loss another character is experiencing. Sound and music are unique in their ability to convey emotions to the audience. The mood of a film, or how the audience feels about the movie, is oftentimes highly impacted by a film’s score.

It’s hard to imagine Darth Vader’s entrance without The Imperial March or Captain Jack Sparrow without his jaunty theme. That’s because music not only evokes emotion but can elicit psychological responses in the audience as seen in leitmotifs.

Leitmotifs are short, recurring musical phrases that are played at specific times in a film to associate themselves with a specific character or idea so that, every time you hear that music, a specific image is evoked in your mind.

In the same way romance is heightened with a beautiful score, so can horror or fear be increased. While most film scores are harmonious, discordant music subconsciously has a disturbing effect on the audience. It immediately makes audiences uneasy, even if they don’t understand why. The use of discordant music and jarring sound or notes is a weapon used by many directors. Alfred Hitchcock was known as a master of manipulating the audience and he understood how scoring can heighten the intensity of fear onscreen and utilized this technique in many of his films.

When analyzing a film’s soundscape, there are 2 categories of sound to consider – diegetic and non-diegetic sound.

Diegetic sound is sound from a visible source onscreen. This is the dialogue that you watch unfold between 2 characters or the sound of props such as cars or characters walking. It can also be music if a character is singing or playing music or turns on the radio. Diegetic sound originates from a clear source on the screen. To identify a diegetic sound, ask yourself, is this sound one that the characters onscreen can hear?

Non-diegetic sound on the other hand is sound that is not visible and doesn’t originate from the action onscreen. The most common non-diegetic sound is the film’s score which isn’t usually seen as coming from an orchestra onscreen. Other examples of non-diegetic sound are voice-over narration and sound effects. The girl going into the basement of a haunted house doesn’t hear the music increasing in intensity; that’s for our own benefit and response.

The Power Of Silence

While scoring and soundtrack are invaluable in setting the tone and mood of a movie and guiding the audience’s emotional response, silence can be just as powerful a tool at a director’s disposal.

Some filmmakers use the technique of filmic silence; this is when there is little to no noise during a scene.

This technique is commonly used to heighten the suspense of a scene so that the audience is forced to focus on another aspect of the film the director wishes to focus on such as the action on the screen, the reaction of a character, or the injury or pain of a character in a certain circumstance.

The next time you are watching a film, pay attention to when the filmmaker chooses to score a scene, use a soundtrack or sound effects, or provide no sound at all. This specific artistic choice will help you to understand what mood and tone the filmmaker is trying to set.

The tone, or atmosphere, within the film’s plot, evokes very specific moods from the audience. When attempting to understand this, it’s important to identify what elements go into creating the tone and mood of a film. One important element that directly relates to the tone within a film, and the mood invoked within the audience of the film, is lighting.

Lighting refers to the depth, quality, and saturation of light onscreen. Whether a film is cast in shadow and the action and characters are hard to see or whether a film is bright and the lighting is sharp and clear affects the audience’s mood.

Within the world of film lighting, there are many different techniques a director may choose to employ in order to carefully craft the tone and mood they desire. Key lighting is a technique in which the filmmaker places the subject in the brightest spot of light onscreen. This automatically directs the audience’s focus to a main character or important piece of action and ensures that key information is being delivered.

High-key lighting removes the difference between the lights and the shadows onscreen. This technique is meant to invoke a feeling of optimism or brightness in the audience. Additional lighting may be used to brighten the background so that, while the subject remains in focus, the mood and tone of the scene remain bright and maybe even hopeful. 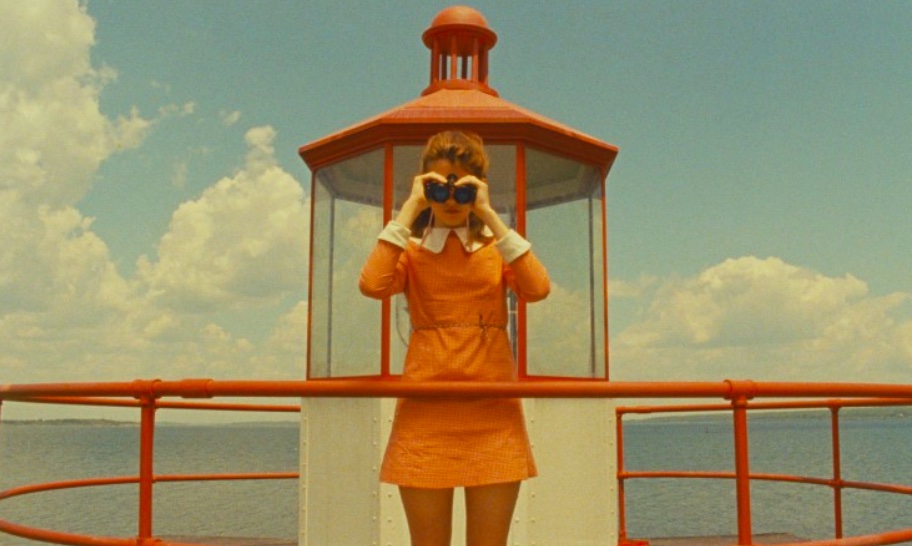 Key lighting is a lighting technique used to keep the subject at the center focus of the shot. These lighting techniques are carefully chosen by filmmakers to create a specific atmosphere and mood both onscreen and within the audience.

While high-key lighting removes the difference between the light and the shadows onscreen, low-key lighting keeps the subject within the main source of light but emphasizes the shadows and contrast within a scene.

This lighting technique creates an ominous mood and heightens the suspense. The subject, although it is more illuminated than other details onscreen, is only barely brighter than the background, providing a feeling of fear or hopelessness that both the character and the audience can share.

Perhaps one of the most notable uses of lighting to pervade cinema that creates an easily identifiable tone and mood is film noir. The film noir is a term describing an era and genre of filmmaking that relied heavily on low-key lighting, chiaroscuro, and low-angle lighting to create drama and mood.

Low-key lighting emphasizes the subject of a scene while casting them and the background in shadow to create a murky, uneasy environment. Chiaroscuro lighting comes from an Italian term meaning ‘light to dark.’ This technique, also used in visual art, employs the use of high contrast or an emphasis on the difference between light and shadow. Chiaroscuro places the subject in light but darkens the background to heighten the drama and tension of the scene.

Low-angle lighting typically places the light source at a point lower than the subject. This means that shadows on the subject and features will be distorted. This angle emphasizes the shadows on a character or actor’s face in order to show the tension or conflict and contradiction at play within a character. 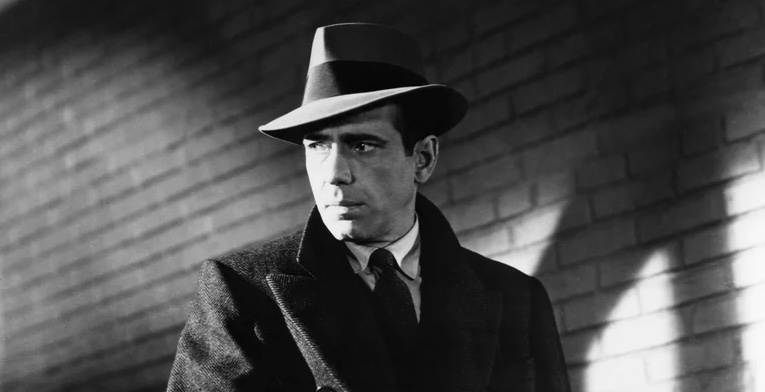