What is the point of the plot anyway? 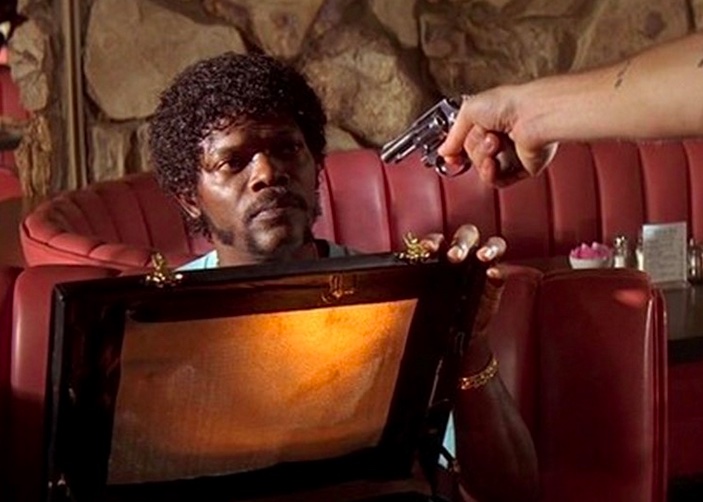 Have you ever watched a movie and wondered what the point of it was or why it resonated so deeply with you? There are many aspects that go into the meaning of a film, from the plot to the score to the cinematography, and each of these elements works together to help the film convey a deeper, and usually a more resonating, message to the audience.

For example, the plot of the movie may be about war or friendship, but the theme is what is being said about those big topics. A movie about war could be patriotic and show the heroism and glory of war, or it could show the havoc and destruction that comes with it. This message resonates with the audience and begs them to consider the deeper meaning.

This deeper message conveyed through the many technical aspects of a film is the theme.    Being able to identify the theme of a movie helps to understand and analyze the many layers of a film.

Once you can identify the theme of a movie, you’ll have a greater understanding of what message the writer or director is trying to pass on to the audience and which has guided many of the decisions made during the filmmaking process.

The importance of theme is seen in each and every aspect of the film but especially in the characters and the plot. In many ways, these 3 elements work cohesively with each other and rely on one another for full impact.

The theme is a way to engage with a story beyond what is strictly portrayed on screen. It is the element that sticks with us and helps us as viewers relate to a movie.

If someone is trying to tell a story about the pain that inevitably comes from love, that concept of pain and love will inform the actions of the characters, the dialogue between them, and the sequence of events within the plot.

From The Unique To The Universal

Have you ever wondered how it is that you can sympathize with a superhero or relate to someone from a completely different time, place, or perspective than your own? This is because the theme of a film is a message conveyed to us as the audience that is bigger than the individual story being told.

We can relate to people and stories we have never and will never personally experience because there are universal aspects of human nature and reality. These universal aspects or themes, such as friendship, love, revenge, war, etc., are things that everyone experiences in their own life, even if the situations or ways we experience them are unique.

Because of the universal aspect of themes, when they are conveyed in a film, they help us to relate to the film and connect with experiences and perspectives that may differ from our own. While the stories we watch on screen may differ from our own unique experiences, the universality of themes helps bind us to the story or characters on screen and help the story to resonate with us on a deeper, more intimate level.

While we may not be able to completely sympathize with the plight of a superhero or understand what it was like to live at other points in history, it is the theme of a film, or the universal aspect, that helps us relate to it.

Themes are considered universal in their broadest sense because they touch on aspects of human nature or experiences that nearly everybody experiences in some way despite our unique experiences. The broadest themes of a movie can usually be stated in a single word or short phrase such as ‘love,’ ‘death,’ ‘sacrifice,’ ‘perseverance,’ or ‘coming of age.’

To identify a theme, try to identify that universal idea. To do this, consider the plot of the movie and where the emotion comes into the plot. Is the movie about falling in love? Is it about facing a villain or exploring the relationship between humanity and technology? Identifying where the emotion is in the plot will help you identify what the universal aspects of the film are.

Once you can identify where the emotion comes from in the film, or what aspects you relate to most, you can build on that to determine the broader themes of the movie.

In some way, each of us has experienced these major themes. It is precisely the universality and centrality of these themes that transcend the individual movies and speak to something bigger than the plot that we can each identify with.

What Is It Saying?

Oftentimes, the theme of a movie is the guiding message or idea that the filmmaker is wanting to impart to the audience. This makes the theme extremely important to a film because each decision made by the filmmaker, from the lighting and sound, to the plot, and even the camera angles, is guided by the theme – or the message about reality or human nature that the director is trying to convey.

After starting with a big thematic concept, such as ‘love’ or ‘sacrifice,’ the theme is usually broken down to a more specific statement regarding that concept. Two movies dealing with the theme of love may not be saying the same thing about it. One may tell a story of the restorative and sacrificial power of love while another may tell a story of the heartbreak, pain, and destruction that love wreaks.

While the large concept theme may be love in both cases, the specific statement or message about that big idea being conveyed is very different. That’s why it’s important to identify not only the universal theme of a movie but also dig deeper into what the movie is specifically saying about the theme.

A great example of the theme, both the large and the specific aspects of it at play within a movie, is seen in Rob Reiner’s When Harry Met Sally.

This romantic movie features the theme of love. Love motivates all the action in the plot and the motivations of the characters. This is the big, universal concept behind the story.

The more specific concept at play within the movie, or what the movie is saying about the theme, is summarized in the line, ‘Can men and women be just friends?’

This question haunts the film and all relationships and interactions between the characters in it. Each character has their own answer to the question at the beginning of the film, but, by the end of it, has come to a different conclusion. Through their actions and the plot, we as audience members get to explore our own assumptions about love and reflect on our own relationships.

The 2 Faces Of The Theme

When understanding themes in films, there are 2 important aspects to consider – thematic concept and thematic statement.

The thematic concept is the broader topic the movie is dealing with, sometimes stated in a single word or idea such as love, revenge, judgment, or sacrifice. On the other hand, the thematic statement is what the film is saying about the theme.

While one movie about war may show heroism and sacrifice, another film may show the destruction and pain it wreaks. On the other hand, the thematic concept is what the audience believes about the theme based on the movie.

After watching a movie about war, the audience may see war as noble and necessary, or they may see it as degrading and dehumanizing despite what the film intended to portray about it.

Both of these ideas regard the theme as the central, universal, and unifying element of the film, but make an important distinction. While many films may revolve around the same central, unifying idea, they may not have the same message to tell regarding that idea.

Considering these 2 aspects of the theme will help to understand what the film is saying about the theme and how that may agree or contradict what the audience perceives about the theme based on their experience with the film.

Take a theme like technology, for example. What does the film The Matrix say about that theme? In this film, technology has been taken over and become a tool for an oppressive and controlling force on humanity. It is something that can go too far and must be broken away from in order to find freedom.

The importance of the thematic statement is that it helps us understand what message a movie is trying to convey to us regarding a universal concept.

Motifs are repetitive elements in a film that are placed in the narrative to emphasize the theme. These motifs may be sounds, images, lines of dialogue, songs, or symbols that are repeated through the film and help identify the theme of the movie and the thematic statement – or what the movie is saying about the theme.

The glowing briefcase in Pulp Fiction, the ticking of the clock in Peter Pan, and the red balloon in It are all great cinematic examples of motifs that emphasize the theme of the movie’s respective plots.