The Founding of the Ottoman Empire 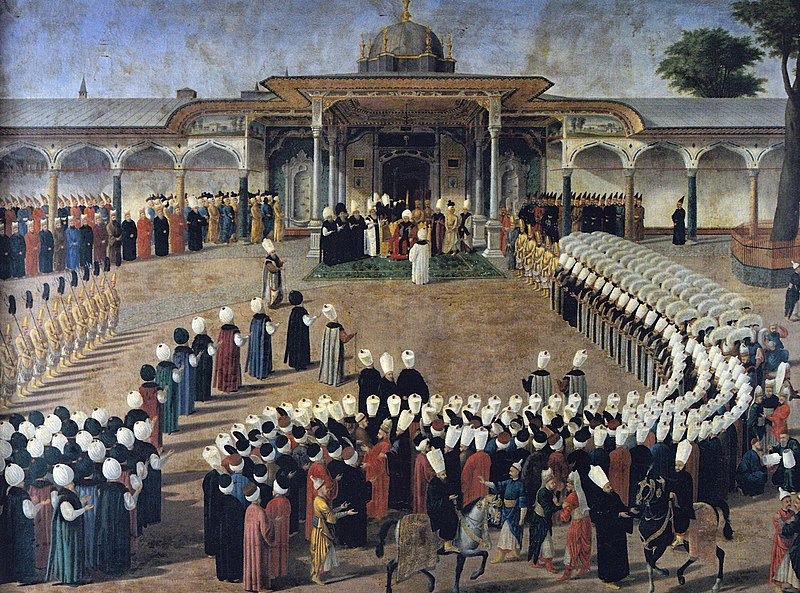 One of the greatest empires to ever exist was the Ottoman Empire. Spanning over 7.6 million miles over its rich 600-year history, the Ottomans ruled from the Danube to the Middle East, conquering cities such as Belgrade, Constantinople, Mecca, and Cairo in the process. As the heirs to the great titles of Caesar, Caliph, and Khan, the Ottomans controlled the European terminus of the silk road, monitoring the supply of vital goods and information.

But how did these nomadic herdsmen end up dominating the world order? Was it really true that they could fire six arrows with pinpoint accuracy while riding backward on their horses?

Although the Ottomans had a period as the world’s largest empire, they came from relatively humble beginnings. Unlike the great empires of Rome, Britain, and Spain, the Ottoman state at its zenith was not based around where it started. In fact, the original capital of the Ottoman Empire was not in the great city of Constantinople but in Edirne in modern-day Anatolia.

Rise and fall of a Great Empire

Through the enterprising conquest and innovation of their early Sultans, the Ottomans grew to be described by English historian and schoolteacher Richard Knolles as “the present terror of the world” in the 16th century. This was particularly significant since Knolles resided over 900 miles away from the nearest Ottoman border, showing the acuteness of Ottoman power.

However, despite modern movements towards neo-Ottomanism by the Erdogan administration in Istanbul, the country no longer exists on the map today. In fact, the decline of the Ottomans was so obvious that Tsar Nicholas I of Russia described the Ottomans as “the sick man of Europe” by the late 19th century. 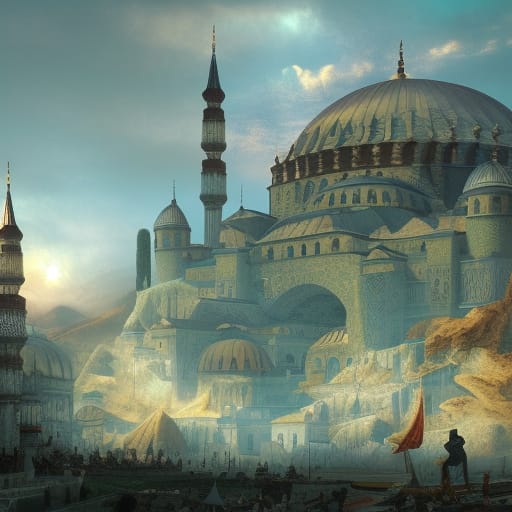 Who were the Ottomans?

Before the conquest of Constantinople, the Ottomans were a clan of nomadic herdsmen from Central Asia known as the Kayi tribe, who spent most of their time on horseback. The Kayi was one of the ancient Turkmen tribes originating from modern Turkmenistan. However, the expansion of Ghengis Khan’s Mongolian empire pushed them to migrate Westwards towards modern-day Anatolia.

Eventually, under Sultan Osman I, the Kayi tribe settled around the Seljuq dynasty in Iran and Mesopotamia. This left them uniquely placed to expand into the territories of the already crumbling Seljuq dynasty and later the Byzantine Empire, which was itself damaged by the weight of debt and a religious schism by the Roman Catholic Church.

The Ottomans take their name after Osman, the founder of the dynasty – the term ‘Ottoman’ translates to ‘follower of Osman.’

One of the important aspects of a fledgling empire is the need for legitimacy. This often comes from its foundation myth: Britain has its Arthurian legends, Rome cast back to Romulus and Remus, and the ancient Jews attempted to trace their lineage back to King David. While several different foundational myths surround the Ottomans, the historian Caroline Finkel believes the most important among them is Osman’s dream.

In the fable, Osman I, the founder of the Ottoman Empire, was staying at the home of Sheik Edebali, an important Islamic figure, out of respect for his religious purity. Suddenly, he lapsed into a dream. In Osman’s dream, the full moon, a symbol of power, rose out of the bosom of Edebali and into Osman. Following that, a great tree sprang forth and covered the Caucuses, Atlas, Taurus, and Haemus, the four mountains of the ancient world. The Tigris, the Euphrates, the Danube, and the Nile flowed into the tree’s roots. An almighty wind blew the sword-shaped branches of the tree toward the greatest city of them all: Constantinople. The city appeared like the most precious stone in a beautiful ring, which was placed on Osman’s finger. Sheikh Edebali was so impressed with Osman’s prophecy that he married off his daughter to the Sultan.

Osman, and his followers, interpreted this dream as a sign to Allah that he had to conquer Constantinople, giving him a right to universal sovereignty – meaning ‘the ability to rule over.’ 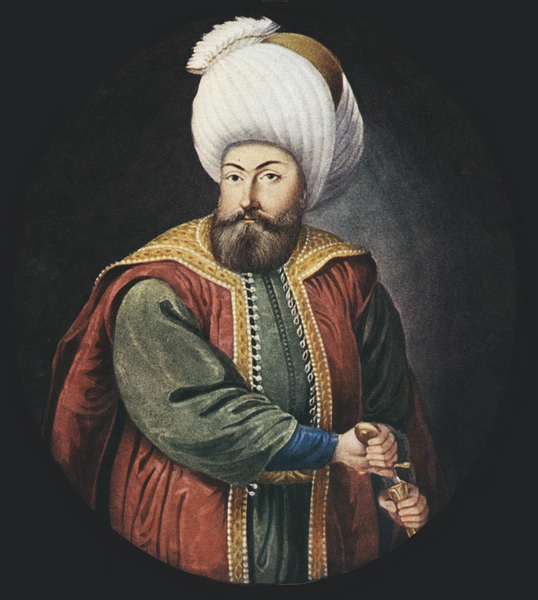 Another foundational myth that surrounds the Ottomans is that their legitimacy comes directly from the Prophet Muhammad himself. According to the Ottomans, Prophet Muhamad made a hadith, meaning prophecy about the future of the world. He said, “Verily, a great commander, will conquer Constantinople.” At the time, Constantinople was at the heart of the Eastern Roman Empire, a paragon of art, culture, economics, and religion. 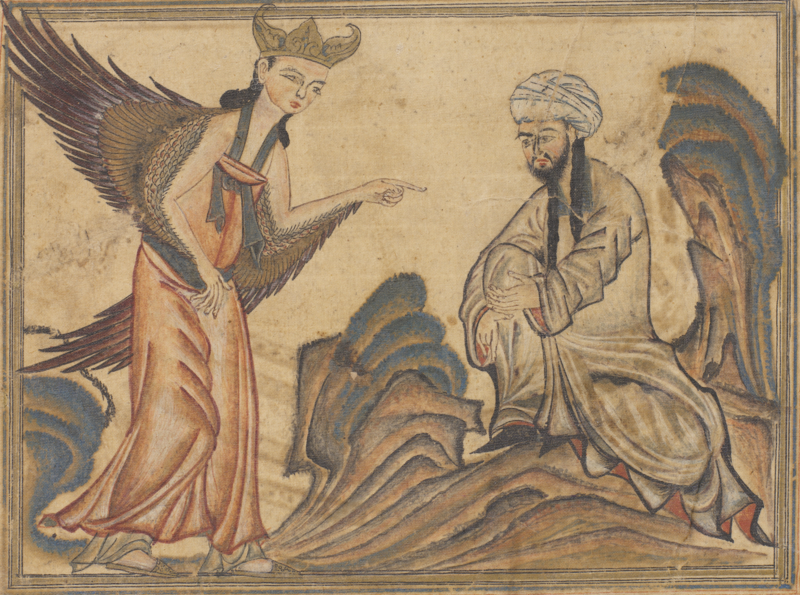 Professor Paul Wittek, another prominent historian, proposes the final, often presented, foundational myth of the Ottoman Empire. He said that the Ottoman legitimacy and desire for conquest came from their self-perceived status as gazis, which means warriors. His theory, known widely as The Gazi Thesis, suggests that the Ottomans saw battle as the only way to an honorable life. As a result, their raison d’être was to conquer new lands to expand the “dar-al-Islam” or “abode of Islam.”

Problems with The Gazi Thesis

However, there is a significant problem with The Gazi Thesis beyond the year 1514. While before 1514, the Ottomans largely focused on battling Christian powers, at the Battle of Chaldiran that year, Sultan Selim I invaded Safavid Persia, pitting him directly against fellow Muslims. 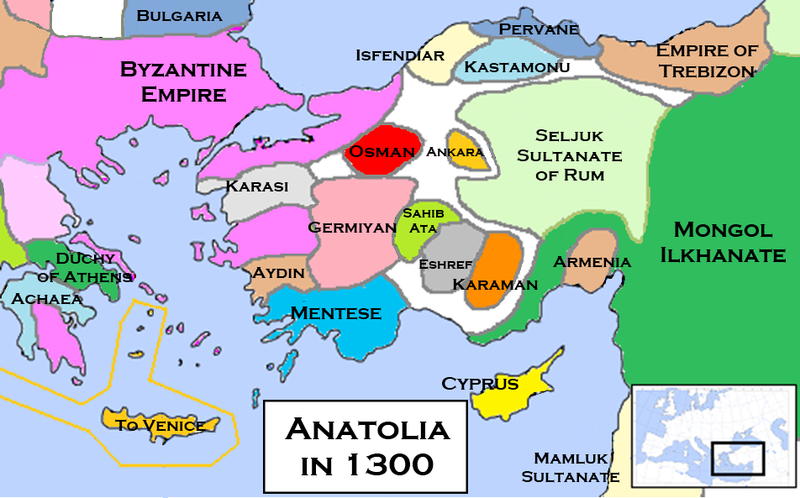 The Ottomans between Osman and Mehmed

Osman I died in 1326, having failed to take Constantinople. However, despite his death, his ambition to conquer Constantinople outlived him, with his son Orhan establishing an Ottoman capital at Bursa in 1326. The sacking of Thessaloniki in 1387 and the capture of Kosovo in 1439 allowed the Ottomans a presence in Europe, which they called Anatolia. Yet, despite surrounding it territorially, Constantinople remained elusive.

Perhaps the best attempt at conquering Constantinople came during the 1394–1402 siege under Bayezid I. The Ottomans surrounded the city and cut off overland food routes but struggled to topple the famous Theodosian walls. Then, disaster struck. The Ottomans were attacked from the East by Timur, and Bayezid I was captured at the Battle of Ankara. As a result, Ottoman expansion attempts stalled until Mehmed II’s coronation in 1444. 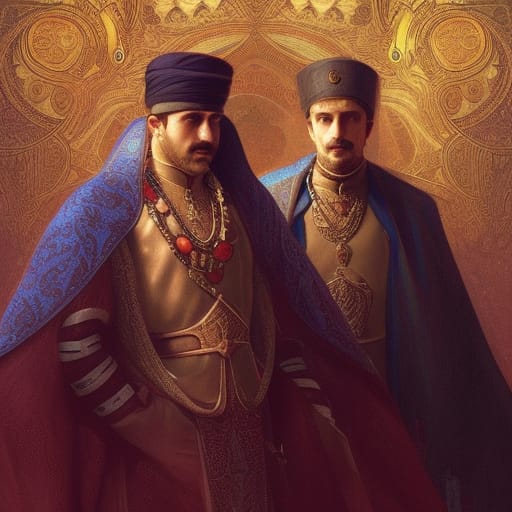