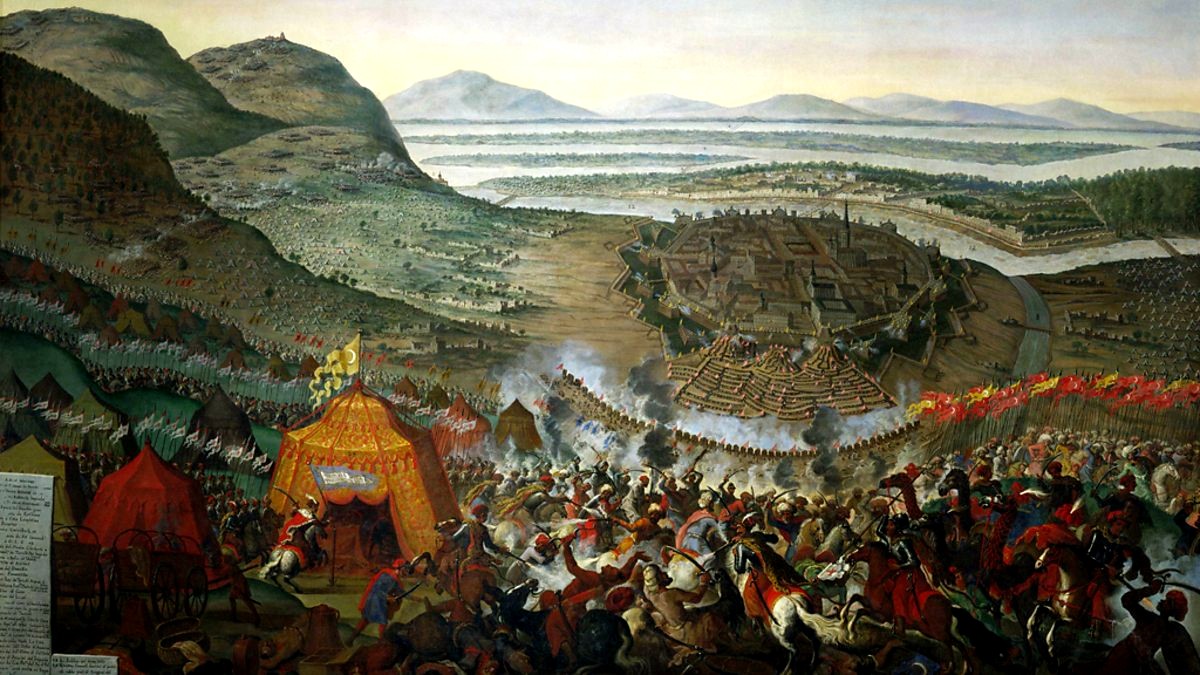 Who was Suleiman ‘The Magnificent’?

Although Selim I saw rapid territorial expansion throughout his eight-year reign, it is, in fact, his son Suleiman who was afforded the epithet ‘The Magnificent’. However, this wasn’t always the case. His accession at the sudden death of Selim in 1520 was initially met with joy by Christians who thought he would be a more lenient Sultan. After all, by virtue of being an only son, Suleiman bypassed the need to conduct a fratricide upon inheriting the empire, eliminating his opportunity to provide an immediate show of strength.

They were soon proved wrong as the new Sultan quickly won a victory at Belgrade that opened access to the Danube Suleiman. Following up this initial victory was a 46-year reign that would terrorize European powers and see the Ottomans become a truly European power, threatening terror on three continents. 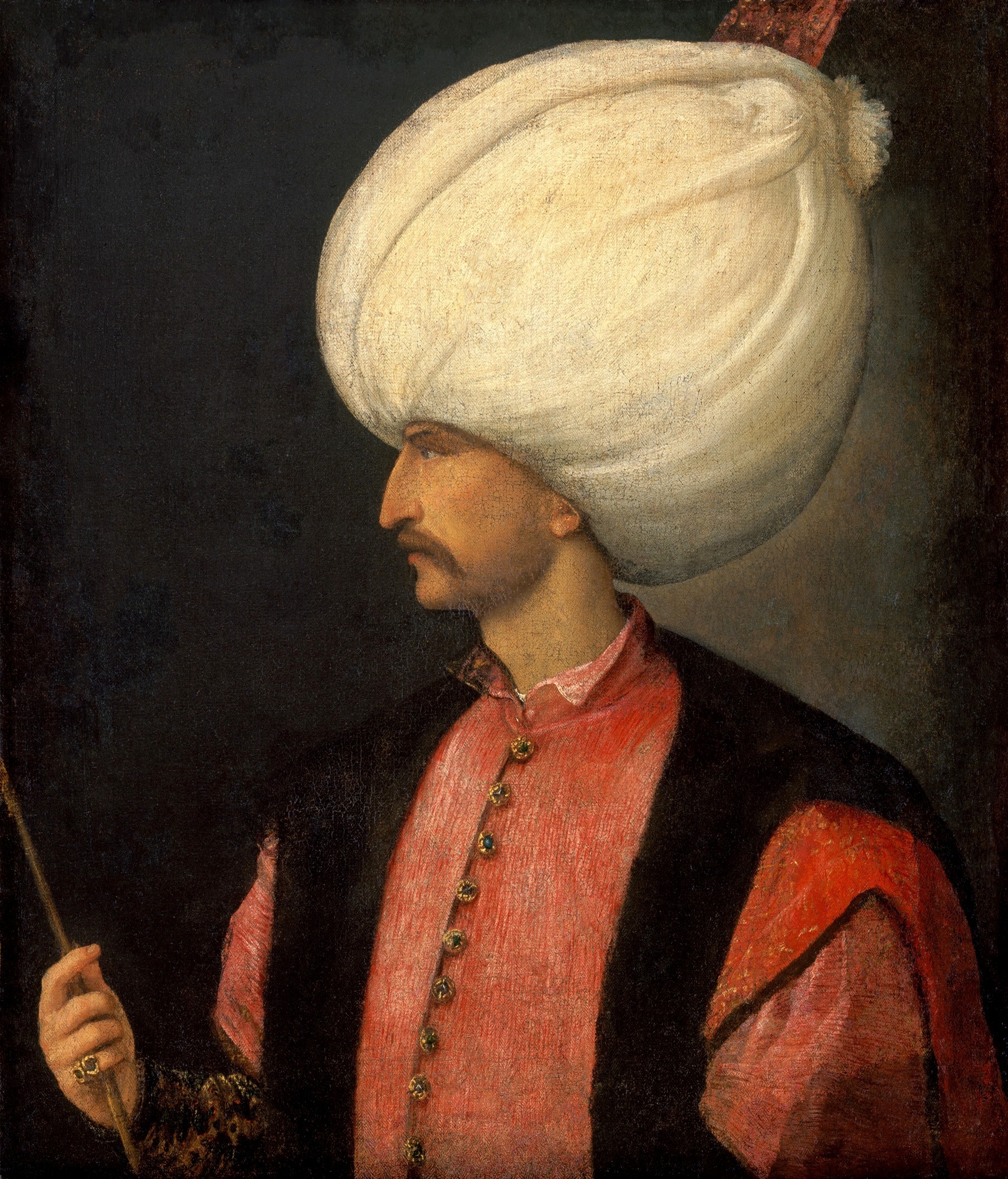 Who are the Janissary Corps?

At the center of the Ottoman state power was the Janissary Corps, an elite personal army comprised of slaves of the Sultan who were recruited through the devshirme. Although Janissaries had functions in domestic functions, peacekeeping, and combatting rebellion, their primary purpose was to serve as the elite part of the Ottoman army, being held in reserve and strategically deployed to provide a killer blow on the battlefield. Although the devshirme was one key factor leading to the power of the Janissaries, it wasn’t just the breeding and training of the Janissary Corps that made them so effective. The Janissaries differed from their European counterparts in discipline and professionalism.

In 1520, when Suleiman ascended to the throne, Janissaries were not permitted to marry, conduct professional second trades or live outside the Topkapi palace. This meant that, unlike European warriors who were often distracted and often attempted to avoid service, the Janissaries were always ready for combat. Moreover, given that the only mechanism for Janissary advancement was to prove themselves in combat, the Janissaries often lobbied for military campaigns throughout the Empire’s history. 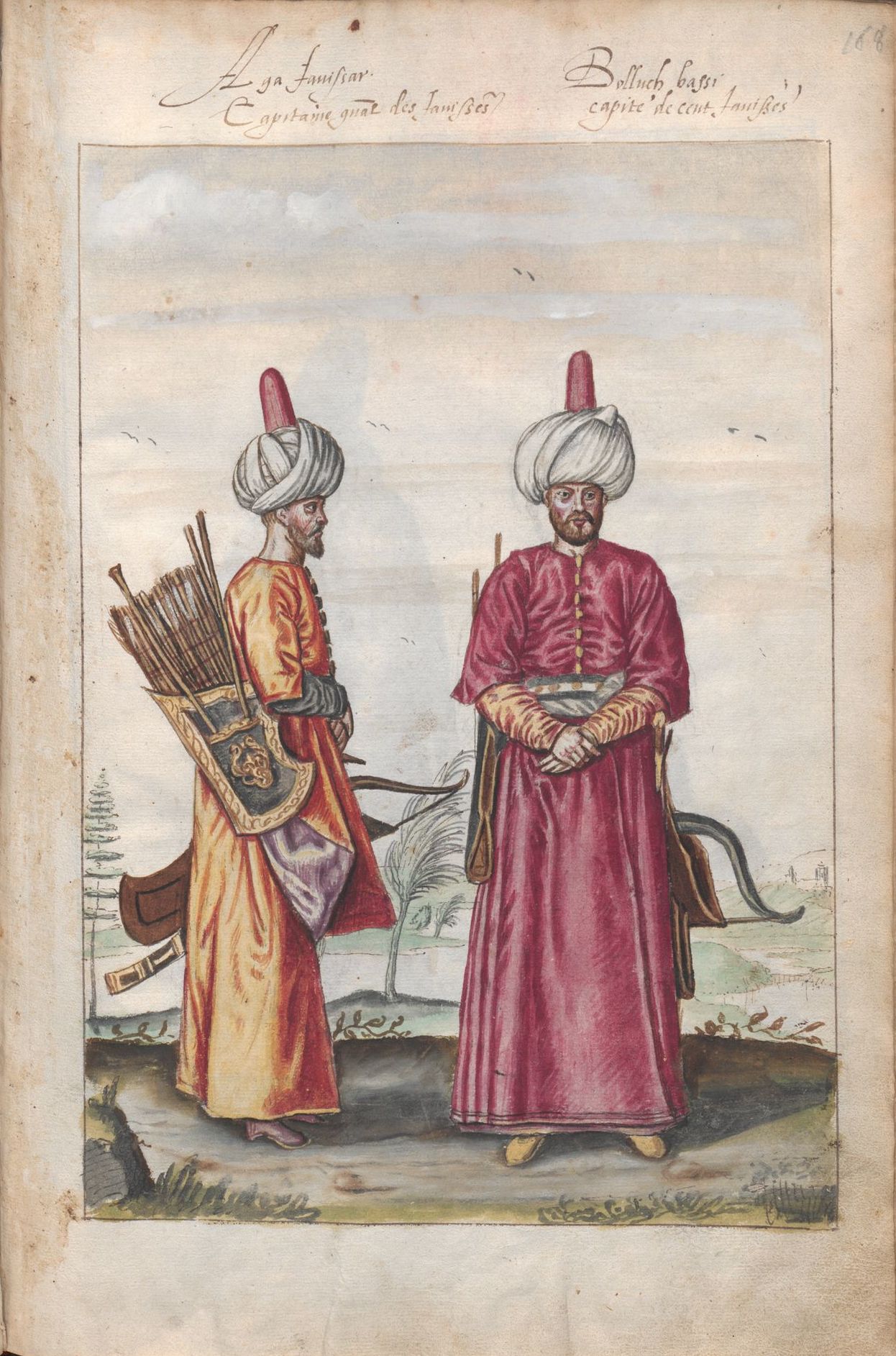 Volley Fire and its efficacy

One of the tools that the Janissary Corps used was volley fire. As an advanced, well-funded infantry army, the Janissaries were equipped with muskets. However, most armies found a significant problem with weapons of this kind because of their slow reload time. The fact that soldiers had to reload after every shot made them vulnerable on the battlefield to enemy fire.

However, the Janissary Corps perfected a technique called volley fire, which allowed them to reload while firing. This involved soldiers standing in rows of 9. Janissaries would stand up and fire and then duck to reload. This created a continuous stream of fire at the enemy forces, allowing the Janissaries to annihilate armies with a far significant numerical advantage.

To follow up on his victory at Belgrade in 1521, Suleiman soon set his sights on Hungary as the next target for his imperial advancement. Although Hungary had once been a strong European power, the desire of the Hungarian nobility to reduce their taxation burden led to the disbandment of their standing army in 1494. Moreover, Hungary was an elective monarchy, meaning the nobility voted for the King. In 1516, the Hungarian nobles elected Louis Jagiellonia II, who was perceived as too weak to threaten their rights to ensure that their privileges weren’t encroached upon. As a result, by 1526, Hungary presented a tempting target.

In 1526, Suleiman invaded, leading to the Battle of Mohacs. The Hungarian army was outnumbered by 40,000 to 100,000 men and 50 guns to 300 on the battlefield. In addition, the volley fire of the Janissary Corps quickly saw the Hungarians outclassed on the battlefield. After his victory at Mohacs, Suleiman claimed Hungary and attempted to turn it into an Ottoman province. However, the Austro-Hungarian Habsburg dynasty also claimed sovereignty over Hungary, setting them on the path to conflict. 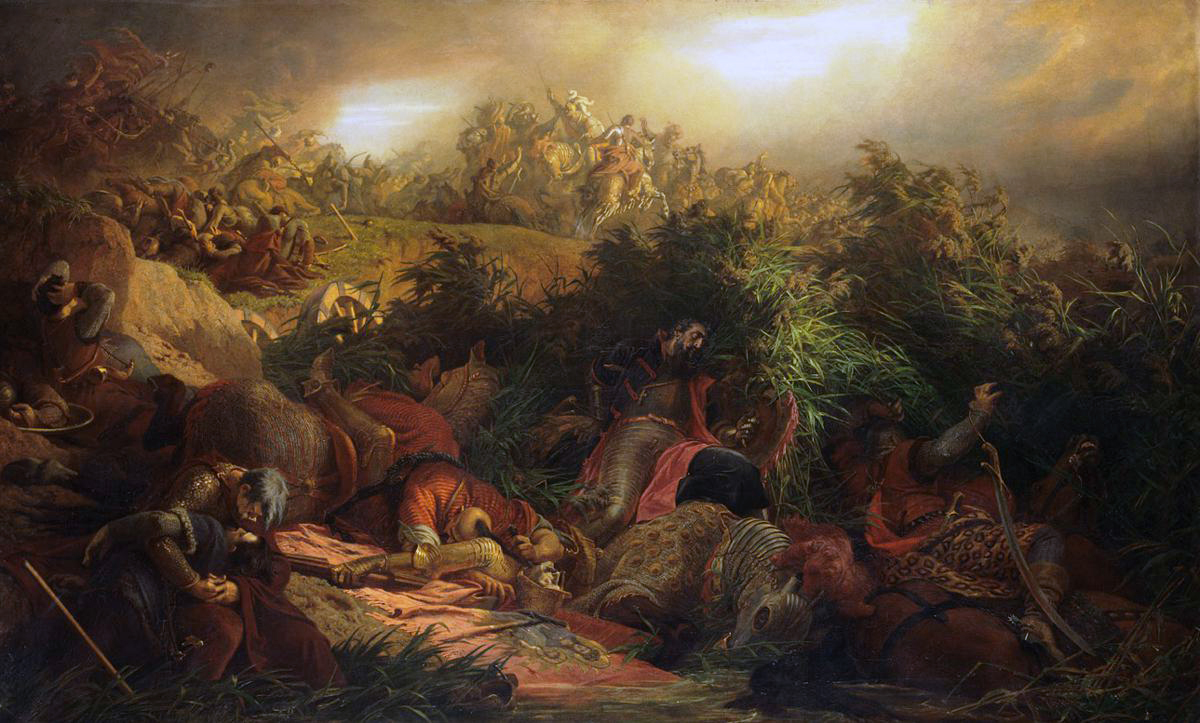 After his victory at Mohacs, Suleiman decided to campaign over Vienna to extinguish his last remaining rival in Eastern Europe. This led to him going on a campaign to Vienna in 1529 with 100,000 men. To defend themselves, the Austrian Habsburgs set up attritional warfare aimed at damaging the artillery of the Ottomans and stalling them.

By the time Suleiman’s force got to Vienna, the poor health of his troops meant that the Viennese only had to last for two weeks before he turned back. Despite attempts to take the city quickly, Suleiman found that the Ottoman reliance on cavalry was not suitable for siege warfare against walled cities.

Unperturbed by his initial failure, Suleiman levied a second attempt at Vienna in 1532, leaving Constantinople with an even larger army than before, this time comprising over 120,000 troops. On their way, they were met at the city of Guns, which its 800 defenders had heavily fortified. However, the Ottomans again were met with failure as their vulnerability to physically constructed defenses was laid bare.

Another added dimension to Suleiman’s attacks on Europe was that the continent at the time was attempting to deal with the rise of Protestantism. In 1517, Martin Luther nailed his 95 Theses to a church door, catalyzing a conflict within the church. Although it was a position he would later come to reverse as the Ottomans approached Germany, Luther initially suggested support for the Ottomans. In fact, in 1529, in a pamphlet entitled On the War With the Turks, Luther said that it is “a gentle holiness to abstain…from resisting the Turk”.

Though there is no concrete evidence of direct cooperation between the Ottomans and Luther, it is certainly no coincidence that the Ottoman major campaigns against Belgrade in 1521 and against Mohacs in 1526 coincided with the Diet of Worms and the Diet of Speyer –  two major religious conferences in Europe. This meant that European troops were too distracted to aid their eastern allies, furthering the Ottoman cause. 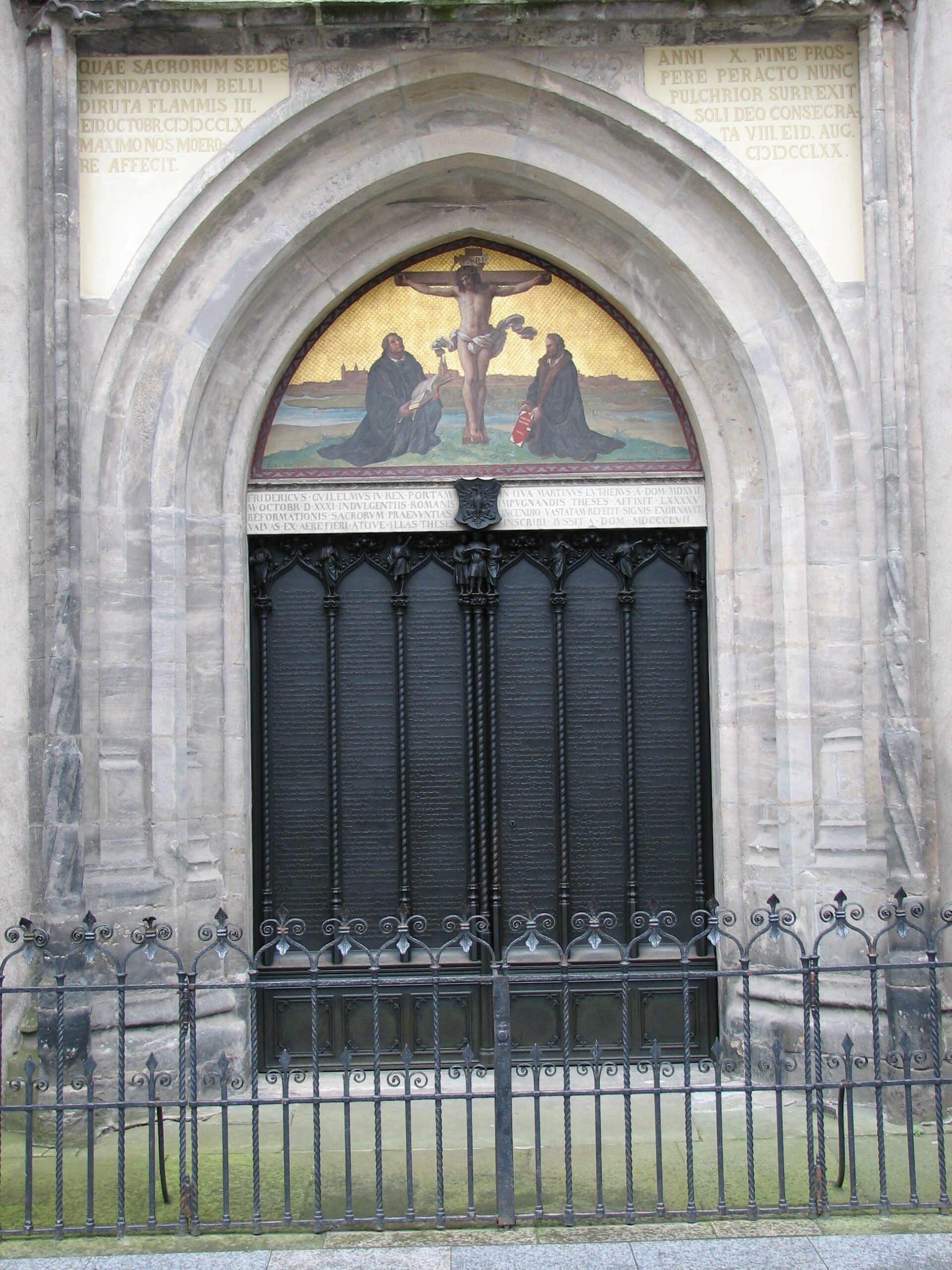 Another aid to Suleiman’s campaigns was an alliance with the Habsburgs. But how did the greatest empire in Islamic history partner with the “most Christian King”? Well, a mutual hatred of the Spanish led to the Franco-Ottoman alliance. After Charles V of France was captured during the Habsburg-Vallois conflict at the Battle of Pavia in 1526, the French sought to enter an alliance to limit Spanish power in Europe.

This alliance led to mutual military help with the Ottoman fleet docking for the winter in Toulon in 1526, a joint military operation in Nice in 1538, and the provision of ammunition leading to the Fleur-de-Lys symbol being found on Ottoman cannonball at Tunis.

However, the alliance ended in 1559 after the Treaty of Cateau-Cambresis ended the Habsburg-Vallois war. Nonetheless, the 23-year alliance enabled the Ottomans to gain influence in the Western Mediterranean. 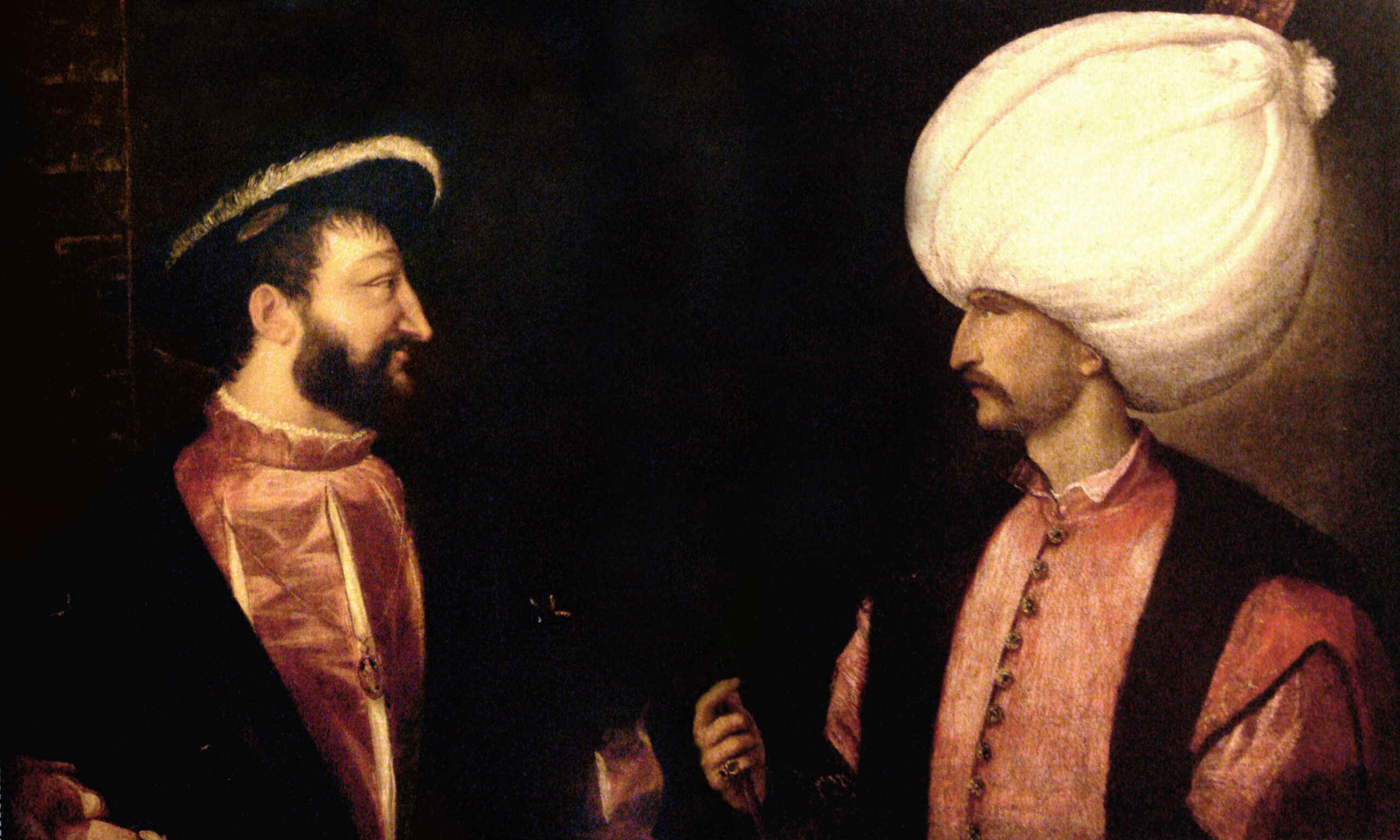 In 1566, Suleiman I died on a campaign back to Vienna, bringing the end of ‘The Magnificent’ classical era of the Ottoman ascendancy just before the Siege of Szigetvar, triggering the customary ending of campaigns that followed the death of a Sultan. To avoid projecting weakness, his Grand Vizier, Mehmed Sokollu Pasha, hid the news from the world during the Ottoman retreat back to Constantinople to allow for a stable transition of power.

Throughout the Suleimani era, the Ottomans also underwent significant expansion on the European continent. Suleiman also went to war with Safavid Persia from 1532 until 1555, successfully cementing the Siege of Amasya. 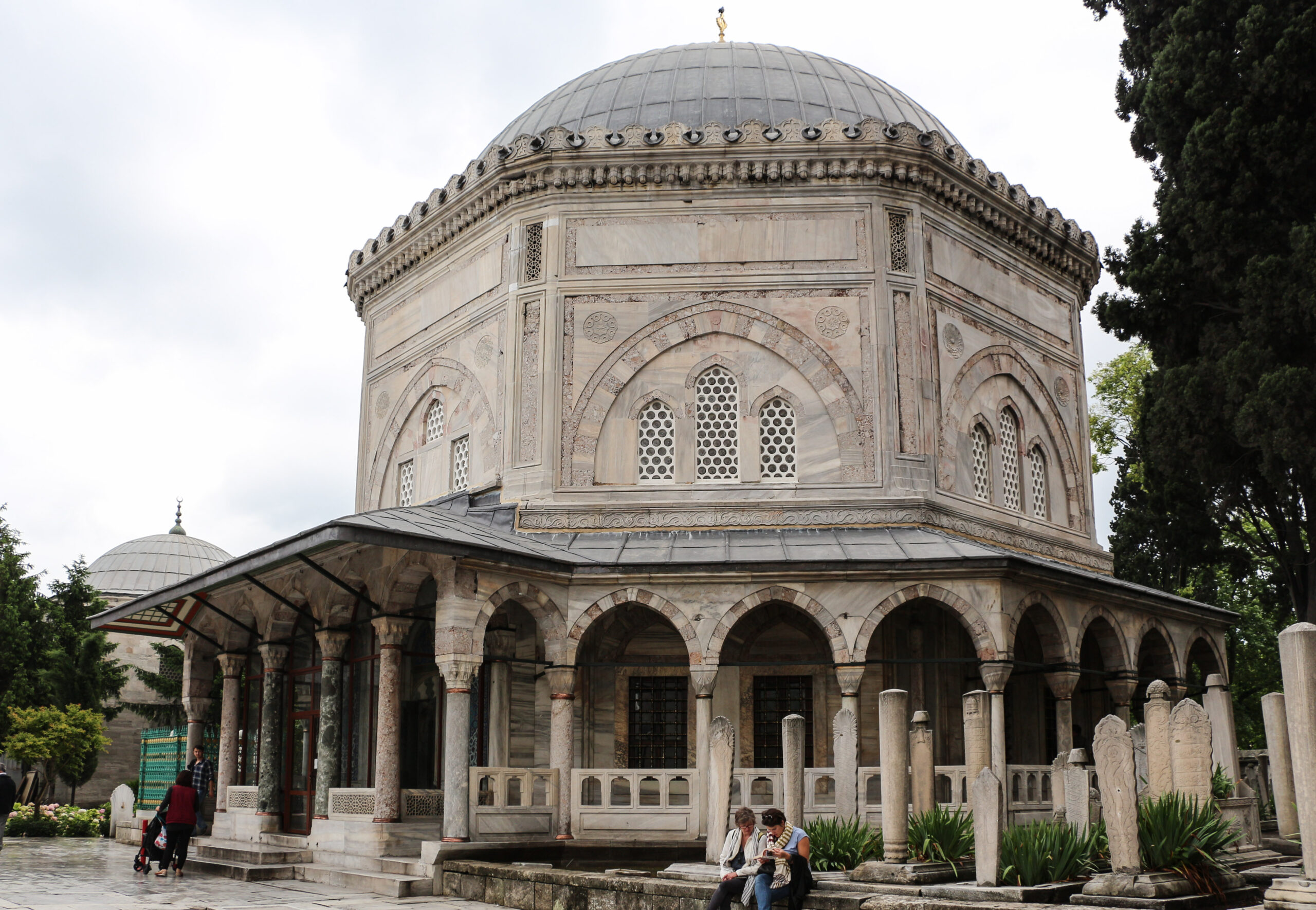