Kinnuverse » Culture » How to Actually Watch Movies » Shots and Angles

How every frame of a film becomes a tool for meaning. 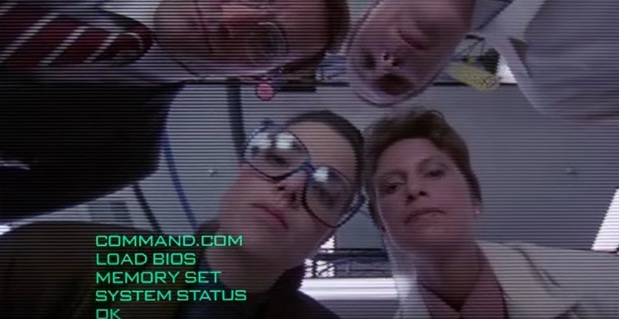 Why Does Cinematography Matter Anyway?

Movies and television, like any other art form, are a careful balance between creativity, passion, and carefully cultivated technique. Being able to recognize the technical aspects and techniques filmmakers use to manipulate and extract specific emotions or feelings from the audience will help you not only understand why you love or hate certain films but also how to appreciate and analyze the mastery of the artist.

The artistry of filmmaking comes in turning something technical, such as the shots used in a film and the camera angles, into a work of art. In each of these aspects of the film, the camera’s shots and angles are pivotal in understanding how the audience experiences the movie.

The director uses specific camera angles and shots in order to evoke emotion from the audience and help draw them deeper into the story. Once you can recognize these different shots and angles, you’ll be able to analyze how they influenced an audience’s engagement with the film and emotions.

The camera shots a director chooses to use when making a movie determines how the audience will receive and relate to the action on the screen. While it may seem simple, classic camera shots are based on extremely technical attributes like shot size, framing, camera movement and mechanisms, and depth of field.

A director must consider each of these elements along with the emotional aspects of the film’s plot or action when choosing which shot to use.

The shots a director chooses will influence the mood the film takes on as well as the emotion of the audience. The camera shots become something of an eye, a way to focus the audience’s attention and direct their experience of the film’s plot.

There are 3 main types of shots used by directors, the Close-Up, the Wide Shot (otherwise known as the Long shot), and the Point of View (POV) shot.

I’m Ready For My Close-Up: Introduction To The Close-Up Shot

The close-up shot is perhaps the most recognizable shot in cinema; it brings the camera up close to the action on the screen whether it be a high-speed chase or a close shot of a character’s reaction.

The close-up shot is a tightly framed shot that is meant to hone the audience’s attention and focus intensely on a specific aspect of the action on the screen. This usually draws the audience more closely into the story and places them mentally within the space the film is creating.

Close-ups can heighten the emotion on screen. By intensely focusing on a character’s reaction or a detail in the midst of the action, it heightens the emotion and intensity of the action because all extraneous detail is cut out of the frame. We as audience members are forced to focus solely on the emotional reactions of a character or the minute detail of the action. 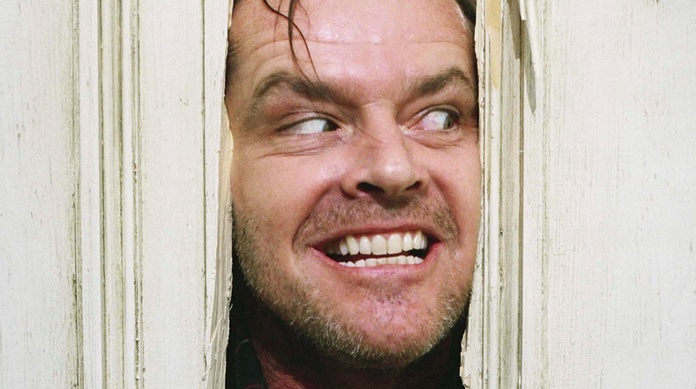 Examples Of The Close-Up Shot

The close-up shot is a regularly used shot that is tightly framed on a specific subject whether it is a character or an action they’re engaged in. While this shot can heighten emotion and tension, it can also be restrictive.

Focusing closely on the actor’s face and not on any background information not only heightens the audience’s response to the character, but also evokes a feeling of restriction or limitation.

Close-up shots are an easy way for directors to deepen the connection between the audience and the characters on screen as well as showcase emotion and heighten tension. A famous example of the close-up is in Stanley Kubrick’s The Shining where Jack Nicholson’s character is attempting to break through a bathroom door.

The camera focuses on Nicholson’s face as well as the reaction of Shelly Duval inside the bathroom to heighten the horror and intensity of the moment and force the audience to focus solely on their action and reactions.

While the close-up shot intensifies emotion and provides a feeling of restriction to the audience, the wide shot adds drama by focusing on the atmosphere or environment as well as the character.

A wide, sometimes called long shot, is one where the subject, usually the character, is relatively small in comparison to the scenery. This shot minimizes the character; the audience does not as clearly get a reading of their emotions and reactions but instead is left to feel the wide expanse of space onscreen as a sort of desolation.

For example, in the Coen Brother’s film, No Country For Old Men, wide shots are used often to show the magnitude and emptiness of the landscape compared to the small size of the characters on screen. This provides the audience a connection with the characters in establishing a sense of futility and vulnerability, that the characters are swallowed by the landscape, and relates to the audience that they have no power to stop what’s coming.

Just as the close-up heightens emotions by drawing the audience’s attention to specific details, the wide shot can heighten drama and tension by providing an atmosphere of desolation or futility.

A New Point Of View

The importance of camera shots is that they hone an audience’s attention and focus it on specific emotions or aspects of the plot. There is no greater way to put the audience in a character’s shoes than the POV shot.

The POV shot, or point of view, is one where the camera is set from the point of view of the subject or an object on the screen. A POV shot from a character allows the audience to step into the character’s shoes and see what they see, almost literally through  their eyes. This technique suspends the audience’s disbelief and allows them to fully lose themselves in the plot and emotions of the character.

By using these specific camera shots, it heightens the tension of the plot and brings the audience further into the movie by placing us in a meta role of being audience members both on and off-screen. 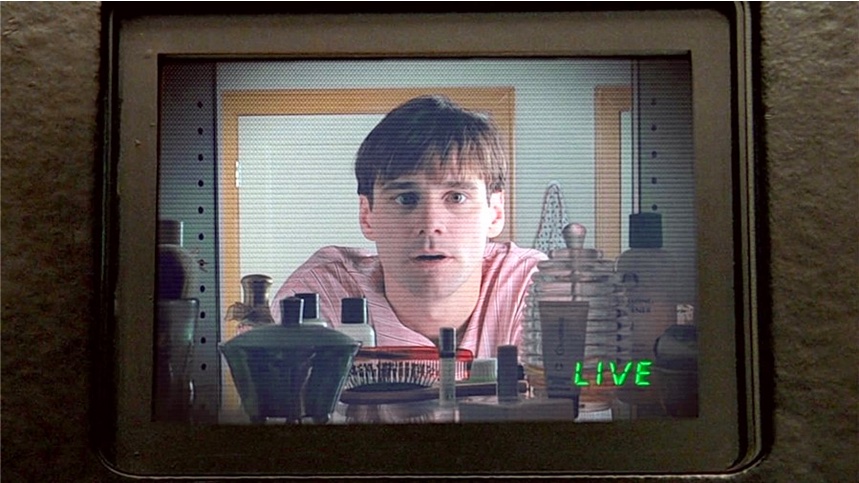 An important shot in the film that, once you learn, you’ll be able to recognize, is ‘the establishing shot’. This is a shot at the start of a new scene that shows the location of the action to follow. The establishing shot may be one of a house or a city line or even a view of the countryside.

Establishing shots can also be used to show the movement of progress in the plot. A shot of a plane taking off on a runway or landing demonstrates to the audience the movement of characters across space and to a new location. This simple shot provides an orientation to the audience and helps them subconsciously understand that time is moving and the characters are moving as well.

While the shot is the depth and perspective of the camera, the camera angle is its location relative to ground level. Varying camera angles can elicit emotion, build mood and suspense, and create a specific atmosphere.

There are 4 main angles commonly used by directors, each with their own specific emotional response from the audience and influencing how the audience experiences the plot and action.

The angle and movement of the camera provide the same function to a director that adjectives, adverbs, and punctuation are to an author. These techniques provide a way for the director to manipulate the audience’s emotional response and experience during the film. Where the director chooses to position the camera can provide us valuable insight into the director’s creative vision and an understanding of its effects on the audience.

An eye-level shot is a common shot utilized by filmmakers that does exactly what it sounds like. The camera is set up to provide an eye-level perspective of the action or characters on screen. However, the eyeline used to line up with the camera is the eye level of the character onscreen.

This camera angle portrays the environment onscreen directly as though you were standing in the center of the action yourself. Because of this, it helps draw the audience into the story. When used in motion, the eye-level, or eyeline, shot can also add momentum or increase the movement of the camera such as an eye-level shot from a car in a high-speed chase.

A high camera angle is a technique used by filmmakers in which the camera is placed above the characters or the action. The view for the audience is that they are looking down upon the action on the screen.

This is a tool filmmakers have at their disposal that makes the characters or action look small on the screen, appearing almost insignificant or as though they are being swallowed up.

Similar to a wide shot, the high camera angle emphasizes the smallness of the characters and the vastness of the space around them. This provides a feeling of insignificance or futility. The high-angle shot, which shows meekness or vulnerability, is usually paired with a low camera angle to show the disparity in power between the 2 characters.

This shot places the camera at a level below eye-line and oftentimes even below knee-level. When the audience experiences this shot, they may be placed in the perspective of a character looking up at characters placed above them.

This angle shows the power disparity between characters. It places the audience in a perspective of vulnerability and demonstrates the authority and power of the characters on screen who have the upper hand. 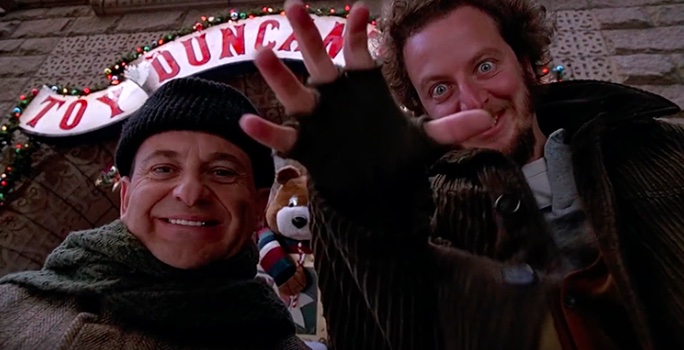 Camera angles and shots are used by filmmakers to heighten the tension on-screen and evoke specific emotions from the audience. One way that filmmakers can provide a feeling of distortion or disorientation to the audience is through ‘The Dutch’ camera angle.

This camera angle is one where the camera tilts to the side. It creates a feeling of disorientation or an altered or unstable mental state because this is not an angle the human eye can naturally see. To use this effect, the camera will usually start at a neutral or eye-level angle and then tilt to the side to create an atmosphere that is distorted or off-kilter.

This angle is a great tool for directors to subconsciously relate to the audience the mental state of the characters and, in turn, place the audience in that same mentality.