The Pre-Socratics: the Origin of Greek Philosophy 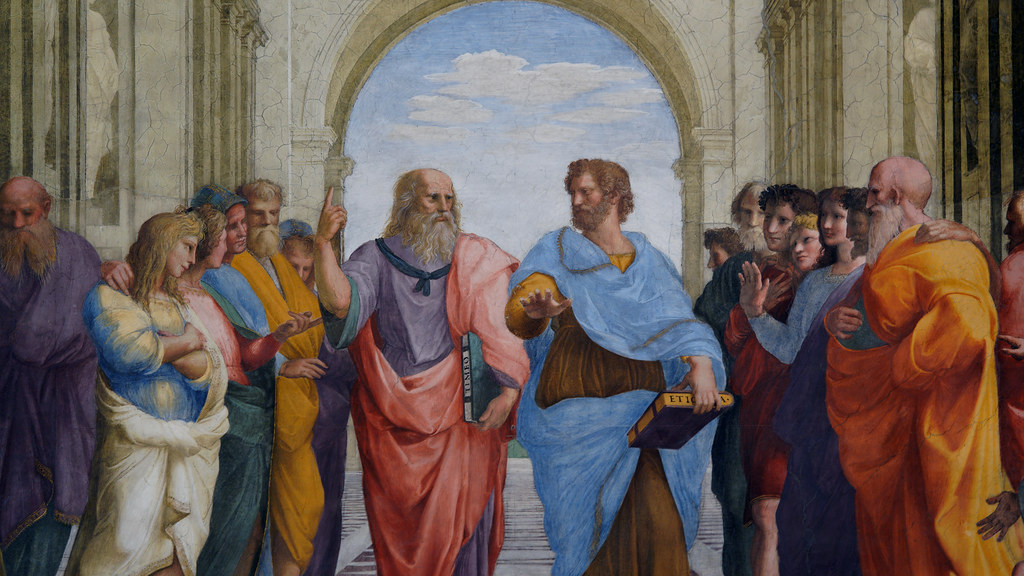 An Introduction to the Pre-Socratics

The history of Western civilization begins in ancient Greece with the first attempt of man to understand the world beyond the guise of religion and myth. While Socrates, Plato, or Aristotle may be the first names that come to mind when thinking about ancient Greek philosophers, this revolutionary era of thought starts even before them with the aptly named pre-Socratic schools of philosophy.

Pre-Socratic philosophy is the emergence of rational thought from the world of supernatural belief and metaphysics. Though we now take for granted reason and rationality, and we’re easily able to comprehend the world through the lens of science, the ancient man believed existence was beholden to the whims of ancient gods. All natural phenomena, human endeavors, and even human knowledge were seen as the product of divine forces acting upon humanity.

To combat the superstitious view of the world, pre-Socratic philosophers turned to metaphysics and cosmogony to find a new way of understanding. Metaphysics is the study of the ultimate constitution of the universe, and cosmogony is the branch of science that considers the ultimate origin of the universe. Pre-Socratic philosophers found that by delving into these areas of study, they were able to look beyond religion to understand the world.

However, moving beyond organized religion to understand the world brought a whole new set of fundamental questions that pre-Socratic philosophers were forced to face. These fundamental questions were, What is reality made of? What is the origin of the universe? Is reality fixed or in flux? But these were not the only concerns of early philosophers; ethics also came into play with this venture into philosophy, because without religion or myth, philosophers had to attempt to answer the question, How does one live a good, fulfilling life?

The One or The Many

The first issue is the problem of the one and the many. To an observer, the world is made up of such an enormous variety of objects: living to inanimate, solid to liquid, seen to unseen. And yet, despite these variations, early philosophers found it rational to propose that all matter actually arose from a single origin, and they then debated what that origin was.

Trying to find the common origin of all things in the universe was a feat in and of itself, but pre-Socratic philosophers also had to face the issue of change or constancy. Observing the turning of the seasons, the shifting from day to night, and even the changes in one’s own life leads one to surmise that everything changes all the time. These changes were commonly explained by the whims and fancies of the gods, but early philosophers weren’t satisfied with that.

The pre-Socratic philosophers wondered if, despite the seemingly eternal flux in the universe, there wasn’t an underlying constancy. Although the seasons change every few months, they vary in a constant pattern. The view of the world as one of constant change and chaos versus one with an underlying order would go on to be one of the distinguishing traits of early pre-Socratic schools.

The pre-Socratic philosophers were left to decide whether there is an essence of constancy that underlies the constant flux of the world as they were attempting to identify whether there was a common point of origin for existence. While they were answering these questions, another problem arose: relativism.

Suppose any one of these early philosophers were to identify a theory that perfectly answered all of the above problems and then some; would these answers work for everyone? Are answers true for one or true for all? If there are absolutes, how are we supposed to know what they are? The crux of this problem revolves around the question of whether there are absolutes or whether all ideas and values are the product of man’s own creation and are relative to an individual or community.

Early Greeks held the view that four basic elements composed all life on Earth and those were earth, wind, air, and fire. These four elements went on to define the early schools of ancient Greek philosophy. While many schools of thought were formed in an attempt to develop a cohesive, logical view of the cosmos, three major pre-Socratic schools emerged – the Milesians, the Ionians, and the Eleatics.

Each of these ancient schools of pre-Socratic philosophy attempted to formulate a rational view of the world and the cosmos from what limited knowledge they were able to gain from the world around them. Because of this, early philosophers identified one of the four elements as being the central point of origin for the universe.

An Introduction to the Milesians

The Milesians, from the city of Miletus, were the first known philosophers of ancient Greece. Thales of Miletus, known today as the father of philosophy, constructed a theory of the world as one that was innately chaotic, which would go on to define the school of Milesians. Despite this eternal chaos, Milesians sought to understand their world and attempted to discern any order within the chaos.

Turning to the elements, Thales believed that water was the universal element of all things and the common origin of life. Water, he argued, can be found as a solid, liquid, and gas, and it is an essential nutrient for life to grow. He saw this as sufficient evidence for water being the universal element of origin. While we now know it not to be true, Thales was famed for his scientific mind. He even correctly predicted a solar eclipse in 585 BC.

Milesian philosophers all agreed that the world was innately chaotic, but they didn’t agree on what the common point of origin was. Anaximander did not support Thales’ claim that water was the universal origin. Instead, he believed that life originated from something indefinable, an element he called ‘the boundless.’ This nameless substance was what all existence sprung from and would ultimately return to.

Anaximander also believed the chaos of the world was at play even within the elements. If a single element was the unifying origin, it would consume or override all others, so the universal origin had to be something beyond the four natural elements. However, Anaximenes, Anaximander’s student, rebuked those claims. Anaximenes proposed the idea that air, either in a compressed or expanded state, was the universal origin. Air is essential for life, and he believed it was the substance of the soul. He claimed it was only whether the air was compressed or expanded that determined which state of matter it was.

An Introduction to the Ionians

Anaximenes proposed that compressed or expanded air formed all matter. This was the first quantifiable or measurable theory of the universe, and it’s from this view that the Ionian school of philosophy emerged. One of the most notable members of this school was Pythagoras. Before he was known for his mathematical theorems, he was recognized for seeing the world like fire.

Fire is constantly changing. It’s not only destructive but it also has the potential to create as it provides heat for life and renewal. A fire’s flames are constantly moving, a representation of the chaotic, shifting state of the universe. Pythagoras believed that this fire was the ultimate unifying element of the universe and that it’s only through mathematics that man is able to identify an underlying cause or rationality behind the ever-changing universe.

An Introduction to the Eleatics

The most radical school of pre-Socratic philosophy was the Eleatics. These philosophers rebuked the idea of the world as one of disorder and chaos and argued instead that all of reality was actually ‘the One.’ Parmenides, the most famous philosopher to propose this view, argued that while the world may appear to be full of separate, distinct objects – such as a chair, a tree, a dog, even oneself – that’s just an illusion.

All existence, Parmenides argued, was a part of a perfectly unified form that makes up the entire cosmos. For something to exist, or even for an idea to be true, it must be in harmony with the One. The Eleatics believed that our senses are ultimately deceiving and that knowledge could only come through deductive thought, or logos, once the senses had been put aside.

Greek Philosophy and its Role Today

More than 90 pre-Socratic philosophers sought to look beyond myth and religion to understand the universe. While some of their ideas have been disproved with the advancement of science and time, each of these early philosophers’ thoughts went on to influence the most well-known ancient Greek philosophers – Socrates, Plato, and Aristotle.

These early thinkers’ groundbreaking theories and their tireless search for truth, reason, and wisdom have been the basis for much of human advancement through the centuries. While only fragments of their writings have survived until today, their creative thinking and depths of reason have inspired centuries of philosophers, artists, and scientists alike. Did you know Thomas Jefferson identified as an Epicurean?

What is Skepticism? Skeptics and Philosophy;
What is Stoicism?;
Who are the Cynics?;
What is Epicureanism?;
Who is Aristotle?;
Who is Plato? An Introduction to Plato’s Philosophy;