Please note, this pathway is for informational purposes only, and should not be taken as professional medical advice.

Fasting is not a new concept and has been around for thousands of years. However, intermittent fasting, or the practice of restricting eating to certain times of the day, is relatively new and gaining in popularity. This pathway explains the science behind why it works and how to apply it to your life.

In a nutshell, intermittent fasting takes the concept of fasting and makes it more accessible and compatible with a broad array of lifestyles. This means that you can reap the potential benefits of fasting without going on prolonged multi-day fasts.

Now, you might be wondering when and how did this whole intermittent fasting thing start? What actually goes on in my body? What is the science behind it and is it safe for me?

In this tile we’ll take a look at how the history of fasting and how the various approaches and science have progressed. We will also touch on the science behind intermittent fasting, by focusing on the biological effects it has on the body.

Throughout history, humans have fasted for several different reasons; be it for religious reasons, medical reasons, or out of necessity due to food scarcity.

Fasting is considered one of the most ancient healing traditions in the world. The Greek physician, Hippocrates, recommended abstinence from food or drink for patients who exhibited certain symptoms of illness. Plato and Aristotle also supported fasting as a means of improving physical wellbeing and mental clarity. 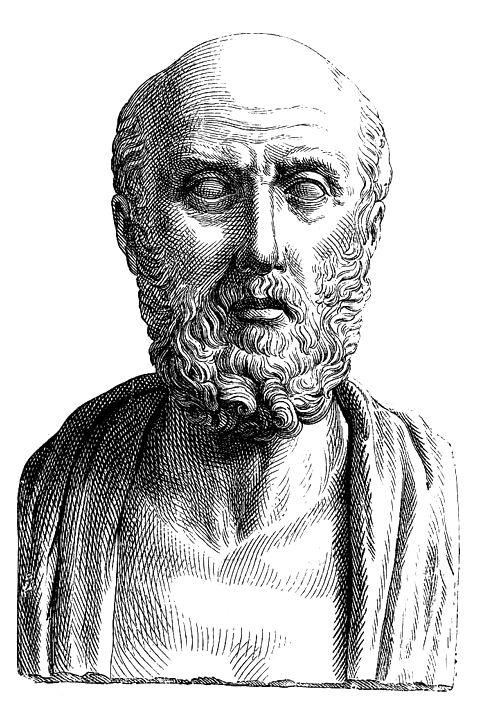 The ancient Greeks believed that fasting is a natural instinct whereby patients with certain illnesses lose their appetite. It was seen as an important natural part of the recovery process. They were also of the view that it increases cognitive abilities.

Fasting has also been practiced in many religions (Christianity and Buddhism) as a way to cleanse or purify a human’s soul and to reap spiritual benefits, such as growing closer to God. These religious traditions are still followed by millions to this very today.

In the mid-1800s E.H. Dewey stated in his book The True Science of Living that most illnesses are dietary. This started a movement of prolonged fasting. Early recorded cases of prolonged fasting found in medical literature include 30-40 day fasts between 1880 and 1890. 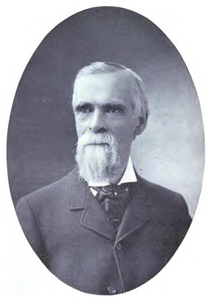 By the 1900s, researchers began to take a huge interest in the effects fasting had on obesity. The Fasting Cure, written by Upton Sinclair in 1911, garnered further public attention on fasting and its potential health benefits.

In 1915, Folin and Denis recommended multiple short starvation sessions as a form of weight reduction, saving prolonged sessions only for extreme cases of obesity. 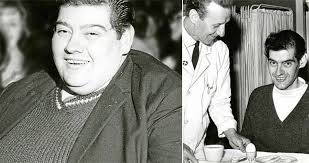 By 1945, intermittent fasting, or the practice of restricting eating to limited hours in the day, was being investigated on lab rats.

Over the past 20 years, interest in intermittent fasting has been steadily increasing, due to an ever-expanding body of scientific research on both animals and humans, as well as growing media attention. Shows such as the BBC2 documentary Eat, Fast and Live Longer have further brought intermittent fasting into the limelight. 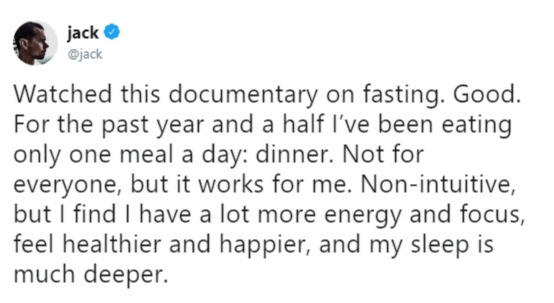 One of the main reasons for intermittent fasting’s rising interest is its accessibility: one doesn’t have to suffer over multiple days of starvation to reap the myriad mental and physical health benefits.

Intermittent fasting’s efficacy in weight loss has also garnered it a lot of attention, particularly with before and after pictures on social media.

What is Intermittent Fasting?

There are many reasons for starting an intermittent fast. It could be as straightforward as wanting to lose weight or target some of the potential health benefits related to fasting, which will be discussed in tile 3.

There’s no one-size-fits-all option when it comes to intermittent fasting, the best option for you will come down to your personal preference and situation.

Events that occur after food consumption

All parts of our body (heart, brain, liver, and muscles) need energy to function. This energy comes from the food that we eat.

Our bodies mix the food we consume with fluids (acid and enzymes) in the stomach to digest it. The carbohydrates (sugar and starches) in food are broken down into glucose, a type of sugar.

The stomach and intestinal wall absorb the glucose and then release it into the bloodstream. Once in the bloodstream, glucose is transported to various organs where it serves as the primary energy source. The glucose can either be used immediately for energy or stored in our bodies for later use. Excess glucose either is stored in the form of glycogen in the liver, smooth muscle cells, adipose tissue (and even in small amounts in the brain and blood cells!) or converted to fat.

Events that occur when fasting

In between meals, when the body is in the fasted state, the liver converts glycogen back to glucose to keep supplying the body with energy. Typically, an inactive person takes about 10-12 hours to deplete their glycogen stores. And someone who exercises will use up their glycogen stores in less time because the body requires more energy when engaged in physical activities.

Once the reserve of glycogen in the liver is depleted, the body taps into energy stores in adipose tissue (body fat). Adipose tissue is found all over the body. It can be found under the skin (subcutaneous fat), packed around internal organs (visceral fat), between muscles, within bone marrow, and in breast tissue. 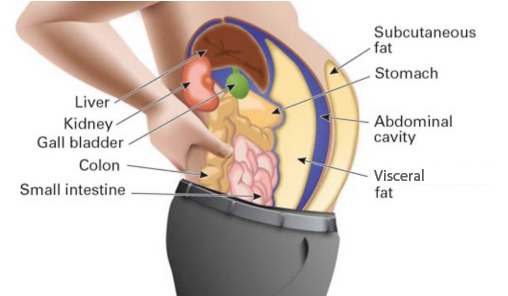 When the body taps into the energy stores in adipose tissue, fats are broken down into free fatty acids. The fatty acids are then converted into additional metabolic fuel in the liver. Thus, if the fasted state lasts long enough, the body burns fat for energy and loses that extra fat.

In a well-fed state, the cells in your body are in growth mode. Certain pathways, namely the insulin signaling and mammalian target of rapamycin (mTOR) pathways, are stimulated when you are well fed. These pathways are what direct the cells of the body to divide and synthesize new proteins, causing growth.

The mTOR pathway is active when there are plentiful nutrients around, especially carbohydrates and proteins. However, when the mTOR pathway is active, it directs the cells to focus on growth and not bother about cellular ‘housekeeping’. This housekeeping is called autophagy, which is the process where damaged proteins in the body are cleaned up and recycled. The well-fed cell is so busy growing and multiplying that it doesn’t bother getting rid of these potentially harmful cellular components.

When your cells are in a well-fed state, it activates genes that focus on growth, called proliferation genes. However, other genes are deactivated in this state, including ones related to fat metabolism, stress resistance, and damage repair. You can’t have your cake and eat it too!

The Fasted State and the Fat as a Biological Battery

Being in a fasted state is often confused with the ‘Starvation Response’ which is when the body begins to break down muscle tissues (or in advanced stages, even organ tissue) to survive. When you practice intermittent fasting, your body is not in a caloric deficit all the time. Because of the alternation between fasting and feeding, your body still gets enough fuel without signaling starvation. Your body simply turns to your stored body fat as fuel, because there is nothing else to use.

Rather than dismiss all fat as a scourge to be avoided, it serves myriad critical roles in the human body, from hormone regulation to energy storage. Vis-a-vis the latter, you can think of fat as a kind of biological battery that gets replenished when excess calories are present. A battery with an incredibly high energy density.

Just 1kg of fat contains 7,700 calories. With 10kg of body fat, the average healthy adult male can have in excess of 70,000 calories of stored energy, enough to survive a whole month without eating (assuming other nutritional needs were met) or run 28 marathons. The body is truly remarkable.

There are a plethora of hormones regulating hunger, appetite, and satisfaction after a meal. These hormones, released via the endocrine system, have direct effects on appetite and how full we feel – something called ‘satiety.’

The 2 important hormones involved in appetite regulation are the gut-derived hormone, ghrelin, and another secreted from fat cells known as leptin.

Leptin decreases your appetite or level of hunger. People who are overweight or obese typically have high leptin but are resistant to it while leaner individuals may have lower levels but higher sensitivity.

Ghrelin is often called the ‘hunger hormone’ as it drives us to eat. Intermittent fasting can lower levels of ghrelin [2] which in turn, can lead to lower feelings of hunger and increased weight loss.

Insulin is produced inside the pancreas and helps cells absorb blood glucose to regulate sugar levels. It is also the hormone responsible for dragging glucose into cells. In other words, our bodies need insulin in order to use or store glucose for energy.

Our bodies regulate the insulin level in our blood to match the amount of glucose in the blood, that is, high after a meal and low between meals. Because insulin is secreted after each meal, eating throughout the day keeps insulin levels elevated most of the time.

Chronically high levels of insulin may desensitize body tissues, causing insulin insensitivity/insulin resistance – the hallmark of prediabetes and type 2 diabetes. Insulin resistance occurs when cells do not absorb sugar/glucose from the bloodstream. This leads to elevated blood sugar levels, as your body cannot burn through the sugar stored in your blood.

Fasting helps keep insulin levels low and increases insulin sensitivity (the opposite of insulin resistance). This can, among other health benefits, reduce the risk of diabetes.

Other Types of Fasting;

An overview of the various types of fasting, from diagnostic to religious.

Intermittent Fasting and the Keto Diet;

The keto diet and intermittent fasting are two of the most popular health trends at the moment.

What makes intermittent fasting different from other diets? Is it better than other diets? How effective is it for weight loss? Is it easy to follow?

Intermittent Fasting in Men and Women;

Biology has played a part in shaping male and female metabolic responses to exercise, carbohydrates, sleep deprivation, and (you’ve guessed it) fasting.

The Practical Application of Intermittent Fasting;

There are a lot of unwritten ‘rules’ that you should take into consideration to ensure that you reap all of the benefits from Intermittent fasting.

The Different Types of Intermittent Fasting;