Ásatrú: a Return to Old Ways 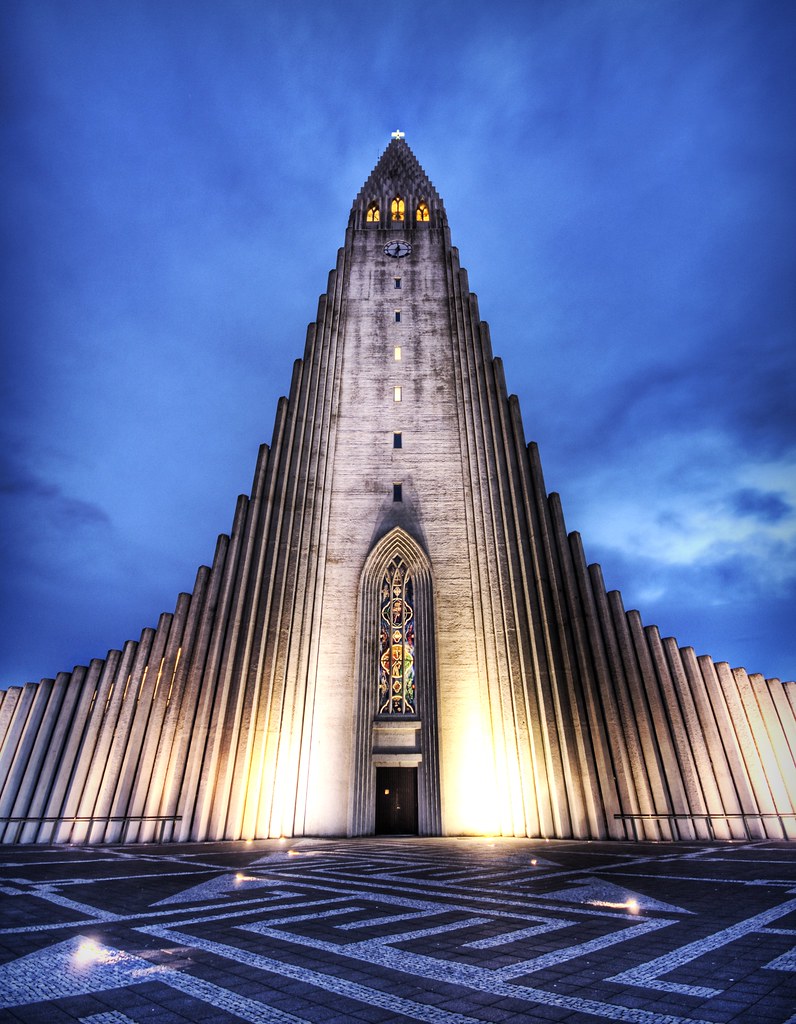 In the early 20th century, the idea of Heathenry began to develop in parts of Europe. This religious movement was a counter to Christianity, and embraced old gods and traditions, not just from Norse mythology, but from forgotten belief systems all over Europe.

At some point, news of this movement reached an Icelandic shepherd and poet, whose name was Sveinbjörn Beinteinsson. He believed that the old gods were still alive in Iceland, and he had been performing Launblót, or secret offerings, since he was young. Now, he wanted to start a religion which focused purely on the Norse gods. He said: “Icelanders could have their own faith, and nourish it no less than imported religions.”

During the 1970s, he met with like-minded friends, and explained his new ideas. His friends were impressed, and, on the first day of summer in 1972, the Ásatrú movement was formed. The word ‘Ásatrú’ comes from Old Norse, and translates as ‘faith in the Æsir.’ 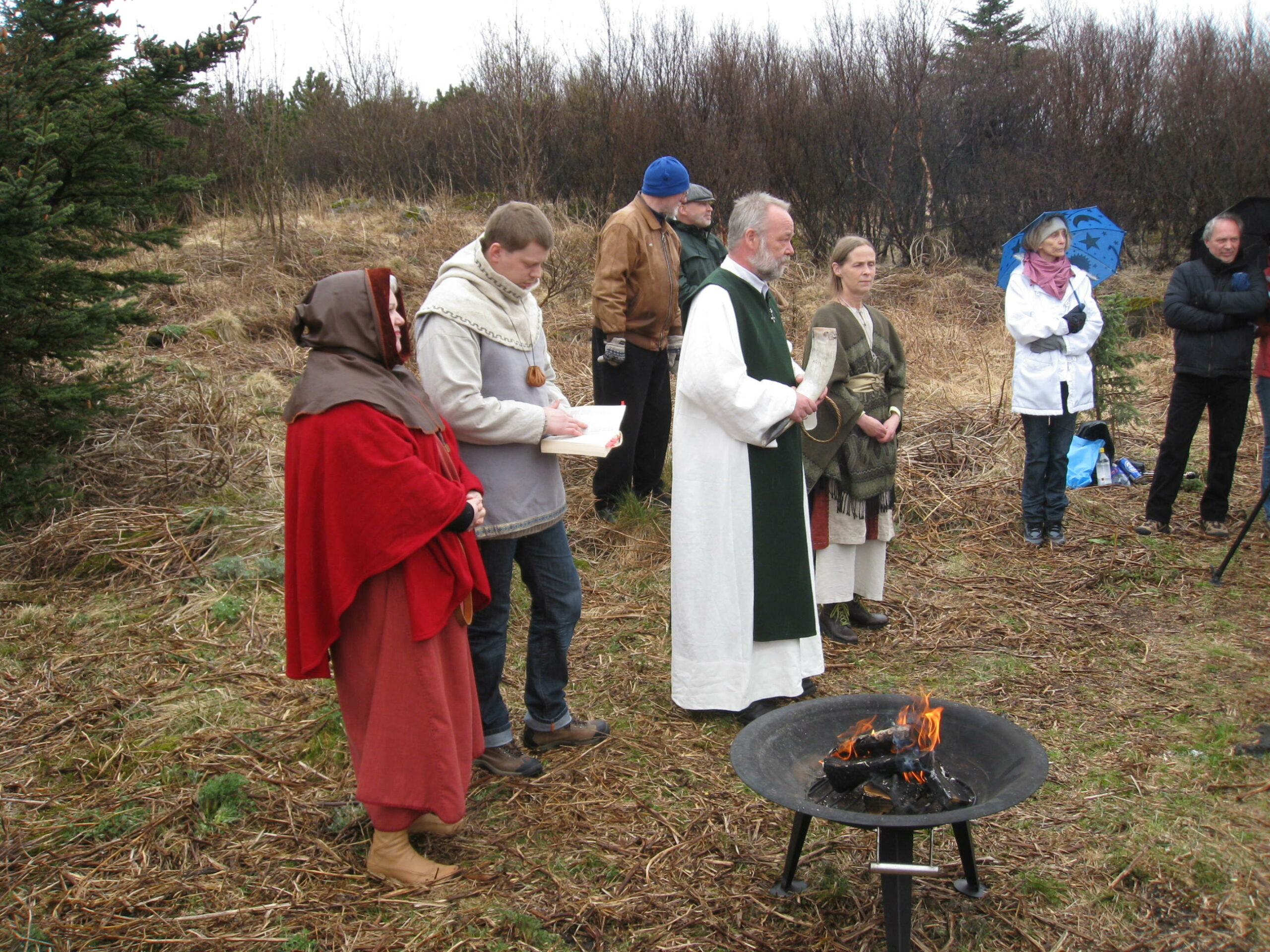 A few months after the founding of Ásatrú, its followers went to the Icelandic government and asked for official recognition as a new religion. This recognition would have granted them the power to perform weddings, as well as collecting church taxes.

The Christian Bishop of Iceland, Sigurbjörn Einarsson, took issue with Ásatrú’s application. For starters, he said that polytheistic religions were not welcome in the country. On top of that, he drew links between Ásatrú and the Völkisch movement in Nazi Germany, which had also tried to reinstate pre-Christian gods. This connection was something that the followers of Ásatrú had to vehemently deny.

Despite this opposition from the Christian church, the Icelandic government recognized Ásatrú as an official religion. At that time, the movement consisted of barely 20 individuals, but it was now as official as any other religion is Iceland, even Christianity.

After receiving recognition as an official religion, the followers of Ásatrú decided to hold a public blót, a form of religious festival. This was a significant occasion, marking the first public display of Norse mythology since the Christianization of Iceland almost 1000 years earlier. Journalists from all over the world showed an interest, with many of them flying in to attend.

Unfortunately, the blót was underwhelming. The ceremony was held on Sveinbjörn Beinteinsson’s farm, with a rudimentary statue of Thor acting as the centerpiece, and a meal of roasted lamb. Traditionally, a blót involved the sacrificing of an animal, so a cock was beheaded in the kitchen while the rest of the meal was being cooked.

Overall, there were as many journalists in attendance as actual followers, and one of them declared that the entire event “could hardly have been simpler or more pedestrian.”

In its early years, Ásatrú struggled for numbers, and 10 years after its initial foundation, the religion still had fewer than 100 members. This was partly because Beinteinsson was not a natural media spokesperson, and struggled to promote the religion.

This changed in the 1990s, when Beinteinsson passed away, and was replaced by Jörmundur Ingi Hansen. He was charming and charismatic, and oversaw a rapid rise in membership numbers, passing 600 in 2002. In the summer of 2000, Ingi Hansen oversaw a religious festival with more than 1000 attendants, a major improvement on the blót held in 1973.

The size of Ásatrú has been increasing ever since, and, in 2021, the religion officially passed 5000 members. For context, this is about 2% of the Icelandic population, whereas 75% of the population still identify as Christians.

The Ásatrú faith has a relaxed, unregulated belief system, with individual worshipers welcome to practice in whatever way seems best to them. This reflects the style of Old Norse religion, which never had a centralized set of beliefs or practices, and which varied greatly from person to person.

In 1992, Jörmundur Ingi Hansen, the leader of Ásatrú at the time, outlined his own ideas about the nature of the faith. He said, “the world is split into two in its nature, divided into constructive forces, the æsir, and the destructive forces which we call jötnar.” Ásatrú, he went on to explain, was simply the idea to side with the Æsir by living your life in a respectful, orderly way.

Ásatrú also associates itself with environmentalism. For example, in 2003 they opposed the construction of the Kárahnjúkar Hydropower Plant. This opposition involved the planting of a nidstang, a type of wooden pole which the Norse used to use when they wanted to curse their enemies.

Ásatrú’s central religious festival is the blót. Worshipers will gather in an open place, like a field or a forest, and words from the Poetic Edda will be recited. When the ceremony is complete, the congregation will move indoors for food and drink.

Traditionally, a blót involves the sacrificing of an animal, and at their first ever blót, the followers of Ásatrú beheaded a cock. However, in recent years, the movement has rejected the idea of animal sacrifice. In general, they promote a harmonious bond with the natural world, and slaughtering an animal for the sake of ceremony does not fit with this message.

The Quest for a Temple

Since the foundation of Ásatrú in 1972, the followers have wanted to build a temple, or hof, where they could perform their blóts and ceremonies. However, this has proven to be a lot more difficult than expected.

In 2006, the mayor of Reykjavík suggested that they could build the temple on the side of a wooded hill called Öskjuhlíð, but the council decided that the site was too close to Reykjavík Airport. In 2008, a new proposal was drawn up to build the temple on the other side of the same hill, and this time the plans were accepted. The temple was supposed to be built into the cliffs in an organic, timeless style.

However, before construction could start, Iceland was hit by a banking collapse, and Ásatrú suffered significant losses. The project was pushed back until 2015, then pushed back even further by technical problems on the construction site. As of 2022, construction is still ongoing.

The views of the Old Norse do not necessarily translate into the modern world, and this has led to a number of controversies. For example, in its early years, Ásatrú engaged in animal sacrifice, before deciding that the practice was immoral. They also spoke out against abortion, but they later retracted these views.

Ásatrú has also been accused of promoting white supremacy, and not just by the Bishop of Iceland, who accused them of having a Nazi ideology in 1972. In the 1980s, one of their members tried to introduce a racial element into the religion, an idea built upon Icelandic nationalism and the concept of ethnic Nords. However, this racial ideology was rejected by the other members, and the proponent was forced to leave the group.

In recent years, Ásatrú has worked hard to become more modern, open-minded, and forward-thinking. On their website, they explain that “bigotry or hatred towards others can never be compatible with the company’s policies.”