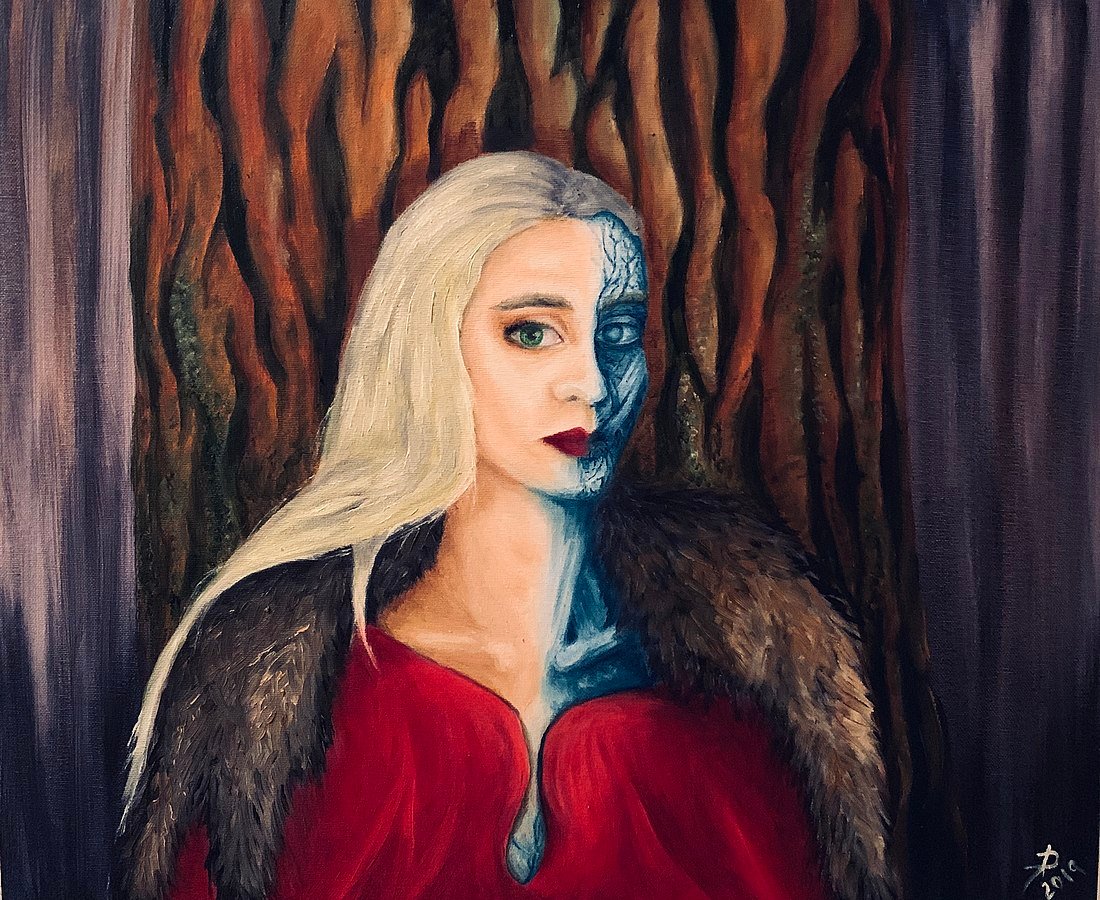 Odin was one of the most prominent gods in Norse mythology, receiving mentions in almost every poem in the Poetic Edda, as well as the Prose Edda and a number of sagas. His presentation in these sources is not always consistent, but he is generally depicted as an old, bearded man with a missing eye. According to legend, he removed this eye himself, exchanging it for a drink from a well of knowledge.

As a member of the Æsir, Odin was a god of war, and his halls at Valhalla were an afterlife for fallen heroes. He was also heavily affiliated with wisdom and learning. One poem in the Poetic Edda, known as Hávamál, or ‘Sayings of the Old One,’ is entirely made up of words of wisdom attributed to Odin: “no worse provision can he carry with him / than too deep a draught of ale.”

Odin was also the god of poetry, which means the anonymous poets who wrote the Poetic Edda would probably have idolized him. This is a potential problem for modern historians, because Odin’s prominence in these texts might be a result of this bias. If a farmer or fisherman had been asked their opinion, they might not have said that the god of poetry was quite so central to their lives, but, unlike the poets, they never wrote these opinions down. 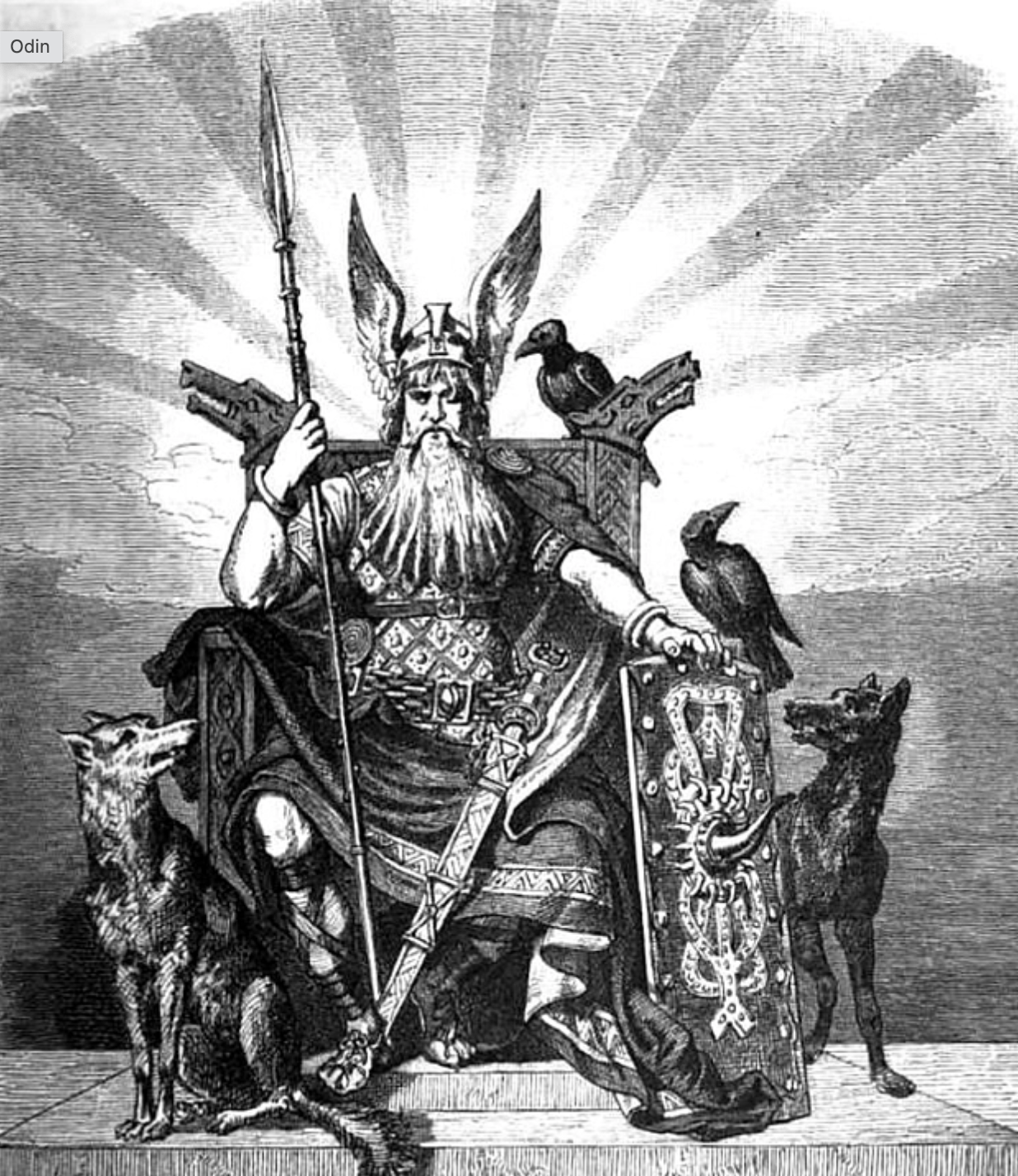 Frigg: Goddess of Prophecy and Clairvoyance

Frigg was the wife of Odin, and, according to the Prose Edda, most of the other Æsir were her descendants. This gave her a high position within the hierarchy of the gods, as mother or wife to all the rest. Despite this, neither the Poetic Edda nor the Prose Edda talk much about her personality or accomplishments, and the main thing that modern historians know about her is that she had the power to see into the future.

This lack of coverage may be linked to gender. Norse women actually had a lot of freedom and responsibility compared to other cultures of the time, and in families where the men spent time away, raiding and trading, the women were empowered to run the household and engage with the politics of the local community.

However, the vast majority of the gods were men, and poets of the time did not show much interest in female deities like Frigg. She may have been valued by certain Norse communities, but not by the writers of the sources which survive today. 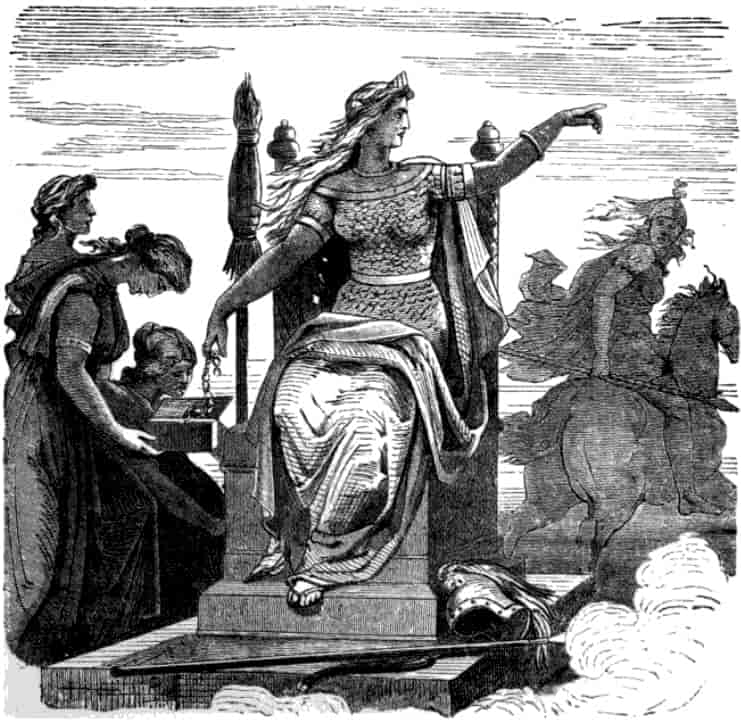 Thor: God of Thunder and Strength

Thor, the hammer-wielding god of thunder, was the firstborn son of Odin and Frigg. His hammer, Mjöllnir, was forged by dwarves, and had the power to return to his hand after he threw it. The Poetic Edda describes a battle between Thor and a group of jötnar, where “Mjöllnir hurled forth towards the savage crew, / and slew all the mountain-giants.”

Thor was an Æsir, like his parents, and wildly popular among Viking warriors. They tried to replicate his strength and bravery when they took to the battlefield, although there is no evidence to suggest that a Viking ever used a hammer as a weapon, with archaeological evidence suggesting that swords and axes were preferred.

Thor was not only popular amongst Viking warriors. Adam of Bremen, the German chronicler who spent time in Sweden during the 11th century, wrote a description of the temple of Uppsala: “the mightiest of them, Thor, occupies a throne in the middle of the chamber.” As well as this, hammers have been found in a number of Norse graves, including the graves of women, who may have thought of Thor as a protective, patriarchal figure. 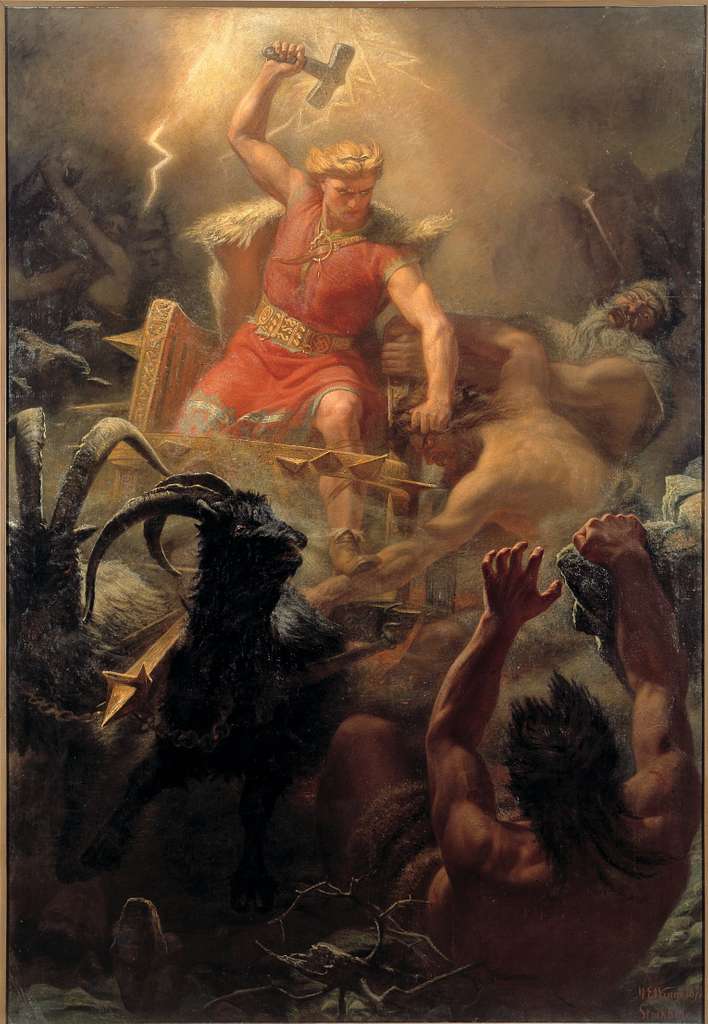 Baldur: God of Light and Courage

Baldur was the brother of Thor, and son of Odin and Frigg. He was beautiful and princely, and invulnerable to physical harm. According to the Prose Edda, “He is best, and all praise him; he is so fair of feature, and so bright, that light shines from him.”

According to Norse stories, the other gods used to amuse themselves by throwing rocks and shooting arrows at Baldur, enjoying how the projectiles bounced off his invulnerable skin. Unfortunately, this game had dire consequences, after Loki, the god of chaos, discovered that mistletoe had the power to damage Baldur in a way that nothing else could. A mistletoe-tipped arrow proved fatal for Baldur, although the Poetic Edda does suggest that he will be resurrect