Macroeconomics, Government, Money, and You

Meet the main characters of an economy, the roles they play, and their interactions with each other. 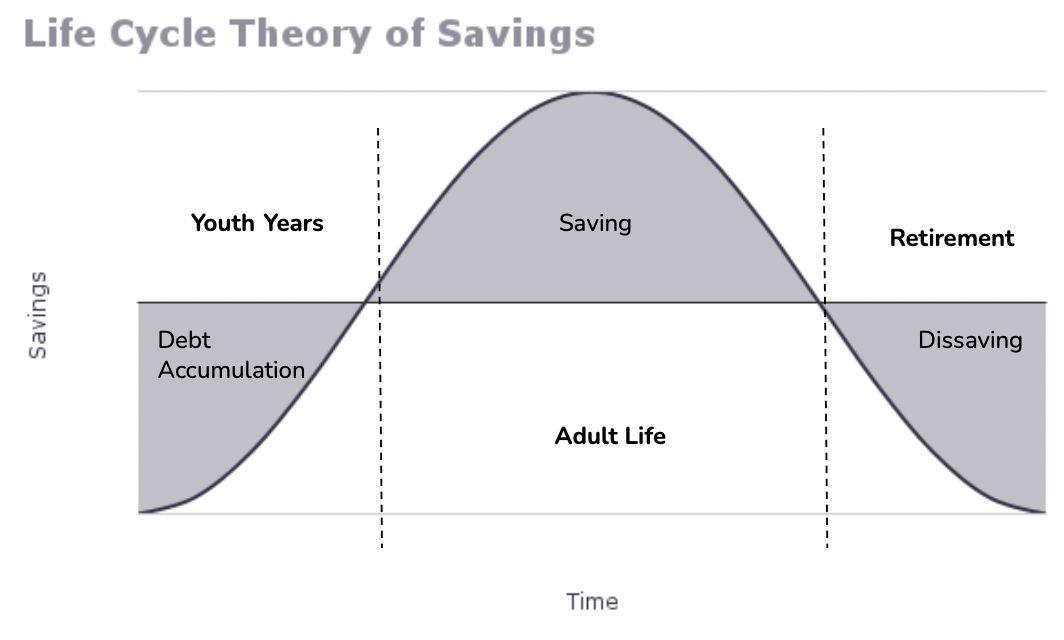 Remember, economics is about using limited resources to provide for unlimited wants and needs. As such, an economy in its simplest form has 2  key elements – owners of resources, which can be broadly categorized into land, labor, or capital, and producers of goods and services. These 2 groups need each other. Households own resources, but they need to be fed, clothed, and housed. Their resources cannot provide for these needs unless they are processed and converted into goods and services by firms. You can be trained in engineering, but, without access to employment, your knowledge won’t put food on the table or clothes on your back.

Conversely, firms need households for access to the factors of production – labor from workers, land on which to build factories, and money to invest in equipment. In return, firms pay households income for their labor, rent for their land, and interest for their capital.

These interactions involve 2 parallel markets. In the resource market, firms buy resources from households. In the product market, firms sell to households the goods and services they require for daily living.

In an ideal world, the 2 main players in the economy, households and businesses, can negotiate their needs and wants with each other seamlessly. Prices for goods would reflect the value consumers place on them, and workers would be compensated fairly for their labor. In the real world, that’s not the case. The government often has to step in to ensure the system works properly.

What role does the government play in an economy? The answer depends on who you ask. In a ‘centrally planned economy’ (also known as a ‘command economy’), the government runs the economy. It owns all resources and means of production, and decides not only what to produce but also how to distribute goods and services. In a ‘free market economy,’ the government doesn’t intervene with the economy at all. Rather, the ‘invisible hand’ of the economy ensures that society meets its goals. Most economies in the world are a mix of the two, reaping the benefits of a free market while also benefiting from government intervention.

Think of the government as somewhat of a referee in the economy. It tries to bring balance to an inequitable society through welfare programs that benefit the unemployed, the retired, and the underprivileged. Subsidies provided to firms also support consumers by keeping goods affordable.

The government also addresses the issue of public goods. Everyone wants and needs national defense, roads and bridges, and public parks. But who’s going to sacrifice precious resources in service of the entire community? If, as economists assume, we all act on self-interest, I’m not going to squander my money on the common good, especially if I can just wait for someone else to step up. Why should I be the first to sacrifice for everyone’s benefit? Of course, this line of thinking will keep societies in a stalemate, so governments intervene.

Where does the government get its funds? The government collects taxes from people’s income – and businesses’, too. By collecting tax and providing public goods, the government performs the important role of redistributing wealth.

Another option is using interest rates to manipulate the public’s money-borrowing activities. When government wants to slow down spending, it limits the public’s access to funds by increasing interest rates. This type of strategy is called monetary policy, and it is exercised by a country’s central bank. In the US, it falls under the remit of the Federal Reserve System, often called ‘the Fed.’

What is money anyway? How did we evolve from bartering with one another for everyday needs into societies fixated on pieces of paper with no inherent value? These days, money might even just be numbers on a screen, with no tangible form. How is this better than the way our ancestors conducted trade?

In the olden days of barter – your basket of apples for 2 chickens – trade was cumbersome. You had to find the right person who had what you needed and needed what you had, or organize a 3-way exchange with someone else. Imagine walking around town all day just to find that one person who had apples and was in need of chicken.

Money has made the logistics of trade more fluid. It lets us buy or sell goods with minimum hassle. In fact, economics defines money as anything that is widely used and accepted in exchange for other goods and services. This means money goes beyond banknotes or checking accounts. Gold nuggets and silver count as commodity money since someone somewhere will accept them as payment for goods.

More than a medium of exchange

Money began as a medium of exchange but has since taken on more functions. How do you determine if a job offer is good? You compare the salary to how much groceries it buys, or how well it covers your expenses. This comparison is possible because you can state your monthly spending in dollar values – money is a common yardstick or unit of account for various goods and services.

Say you accept the job offer because the salary is reasonable. Every month, you have a couple of thousand left over. What do you do? You might squirrel away the excess in a retirement fund. Money makes this possible. Imagine you received payment in apples. You couldn’t save any excess for retirement – the fruit will rot at some point. In contrast, money is a good store of value. You can hold on to it with the expectation that it would not lose its value down the line. Inflation may take a toll on it, but money won’t rot like apples, and it’s more practical to store than, say, bales of wool.

No such thing as a free loan

Imagine you need a car but can’t afford one outright. The dealership won’t just lend you one and expect you to pay back a similar vehicle in the future. Who knows what that car will be worth by the time it materializes? Instead, you need to borrow money from the bank. This is the fourth function of money – it serves as an accepted standard for making and placing a value on debt.

Borrowing money does not come for free. Interest is charged to compensate lenders for the risk they take since borrowers aren’t always guaranteed to pay back their debts. Thus, interest rates go up or down depending on the loan’s duration, the borrower’s reliability, and the loan’s other characteristics.

You could argue that it’s easier – perhaps even cheaper – to borrow from a friend. The difference is that banks pool funds from many people, thereby spreading risk across as many creditors. If you default on your bank loan, the impact on each individual is spread, and, thus, less severe. But your friend’s savings take a big blow if you don’t pay them back.

A market for money

There is no economy without a resource and a product market, but the financial market is just as important. Financial institutions bridge borrowers and lenders, serving as valuable middlemen. If the average Joe was unable to borrow money, he would be less likely to buy a car, invest in a house, or afford an education. Without easy access to capital, businesses cannot build facilities, expand their workforce, or invest in technology.

Just as you can borrow from banks, you can also lend to them by depositing cash in your account. Banks pay account holders much lower interest rates on deposits, but they provide a safe place to store funds.

You can also choose to turn your savings into investments by buying stocks, which represent a small ownership stake in a company. From a firm’s perspective, issuing stock allows them to raise funds to grow their business. Alternatively, they could issue debt in the bond market. Bonds represent a safer investment for lenders, but they generally offer lower rates of return. Besides firms, the government also issues debt in the bond market.

If borrowing money involves interest and savings erode under inflation, why bother borrowing or saving at all? The average person undergoes a typical pattern of spending and saving throughout their life. Their income assumes a bell-shaped curve over time, starting low and increasing slowly with part-time work during college. With a decent full-time job, income bumps up, and further up until a career peaks – the top of the bell shape. As they age, a person works less. Income dips. Upon retirement, they earn only small pension payments.

Spending patterns rarely match bell-shaped income patterns. Tuition presents an expense much larger than a young adult’s meager income and most people find themselves borrowing money through student loans. Over time, spending remains flat. Without tuition, people can afford less frugal lifestyles, but spending doesn’t balloon. Thus, most people can amass savings. This is crucial in old age, when people rely on their savings to cover everyday expenses – ‘dissaving.’ So, while borrowing and saving don’t come free, they are necessary because sometimes we spend more than we earn, and sometimes it’s the opposite.